My saddle is the Australian style Master Campdraft Deluxe from Down Under Saddlery. I love Aussie saddles and lucked out in getting one from Down Under at a discount. There are a couple of rubs on the leather, but for the most part the saddle looks new. It took a few moments to get the cinch set up correctly. Ashke wasn't real sure of the whole deal, but he did great. 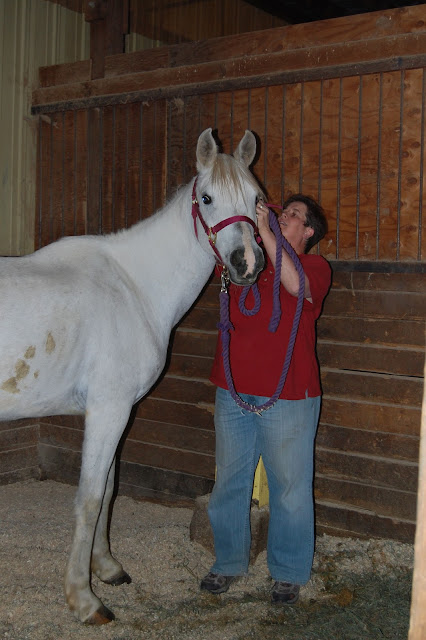 Getting him out of the stall is never an issue. We gave him another mineral block, since he has already demolished one of them. He had poo on both sides of him. Silly boy. 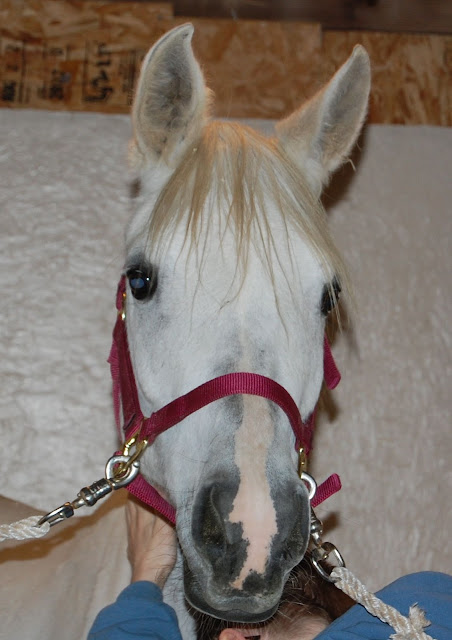 He was happy to see T and easy to groom tonight. 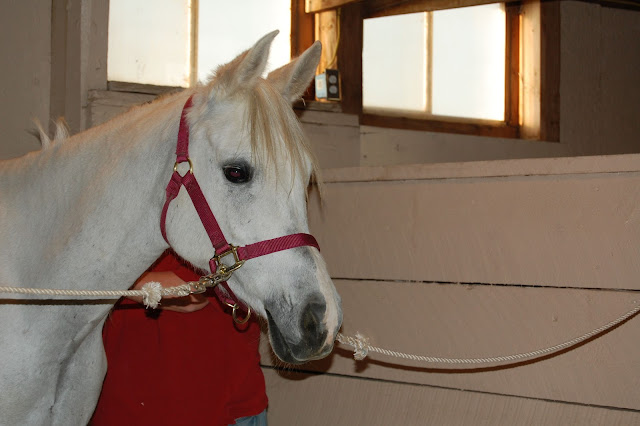 J was disgusted with the poo in his mane. I, however, was very pleased with his skin and how clean he is after I brush him out. It tells me that his skin is getting healthy, since the dirt is no longer embedded in his hair. The poo on his sides brushes out (mostly) at least where he has shed his winter coat. 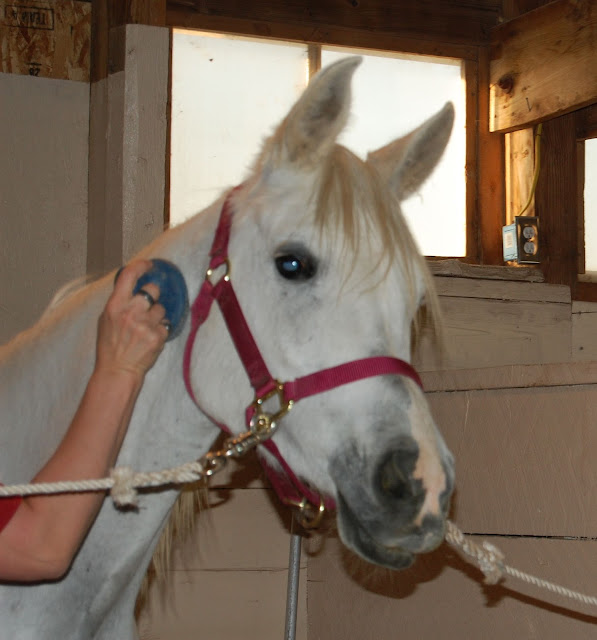 Ashke is also beginning to lean into the curry comb, enjoying the scrubbing and circles I use when I am loosening the dirt and hair on his skin. He isn't tender on his belly or his back any longer. This is pleasing to me! 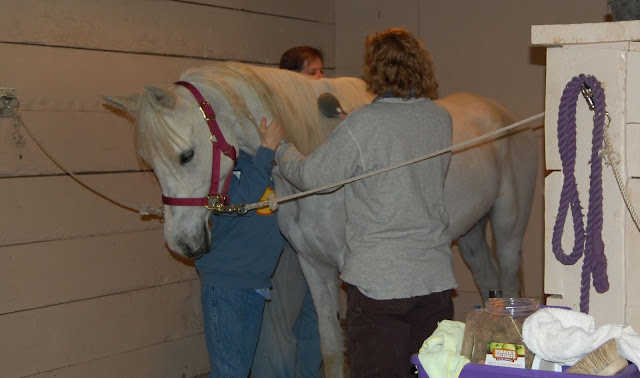 Here is the entire family with their hands on the birthday boy. He just stood there and let us love on him. 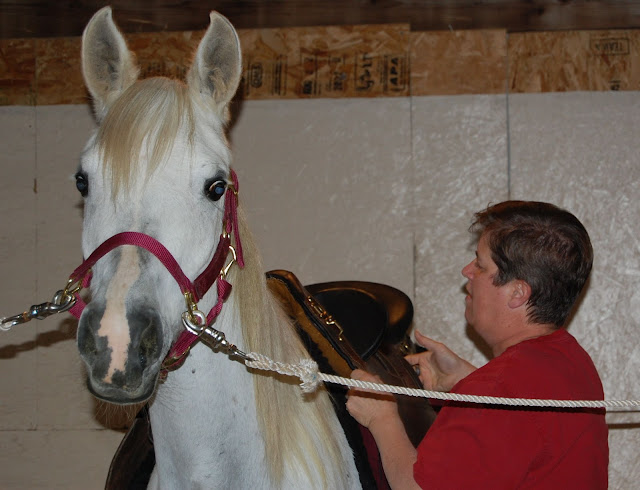 First time the Aussie saddle is set on his back. There was some fussing, but not much. I don't think I had the saddle far enough forward and it shifted back when he walked since I didn't tighten the girth until we were in the round pen. Even then, he shifted a bit forward, but stopped when asked. No bucking. No kicking. Lipped at me a couple of times and snorted A LOT. 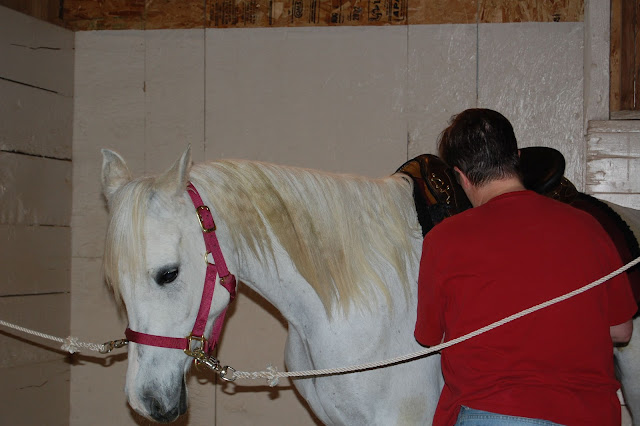 He wasn't at all sure about the girth being tightened, but he stood when asked. Do you see the poo on his mane? 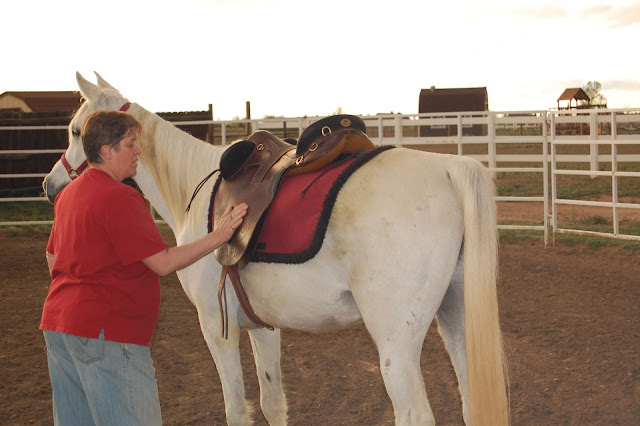 Girth tightened enough that I was no longer worried it was going to slip. He wasn't really excited about it, but walked around the round pen without issue. He did kick at the girth with his hind foot a couple of times (like they do with flies). 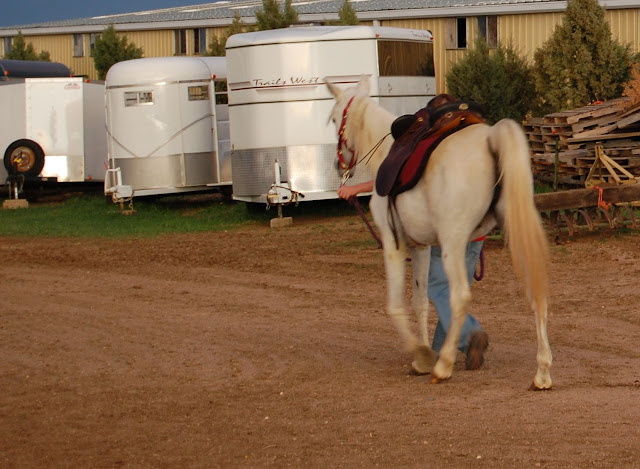 We didn't stay out in the round pen for very long. Walked him back to the grooming stall and took the saddle off. Then took him out to the pasture and let him tear around until he had tired himself out. The boy can fly.