And Then We Do This

Last night was a good night at the barn. Ashke was sweet and let my mom feed him cookies. He sure loves the peppermint. I groomed him out and J and mom brushed his mane (which was green, not white) and I picked up all four feet. He did great. He was a little sweaty under the blanket when we got there, so we didn't put it back on. I put the bridle on him, which didn't go as well as I wanted because there was another horse he was paying attention to. His halter was around his neck and didn't give me the control I wanted. Unfortunately. So, instead of slipping the bit into his mouth while he head was lowered, we had a bit of a tussle with his nose in the air. I am not that tall. Eventually, everything was sorted out and he was fine with the bit.

We moved to the arena (there was a line to get into the arena) and worked for only about ten minutes. This is what we did during that time: 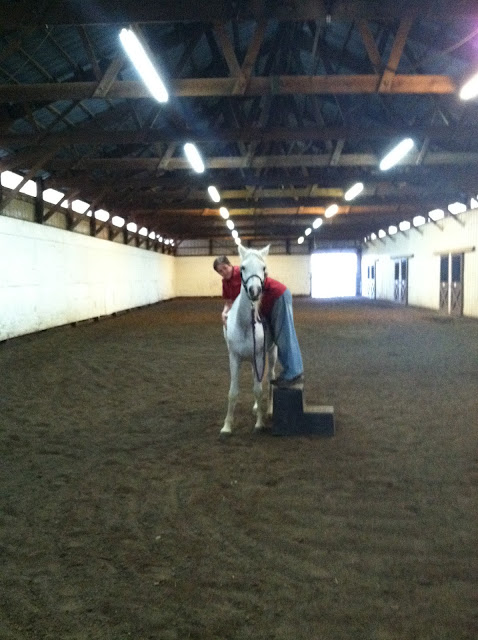 His head came up, but he stood still and let me put weight on his back. I ran my hand down his barrel and across the bottom of his belly as far as I could reach. 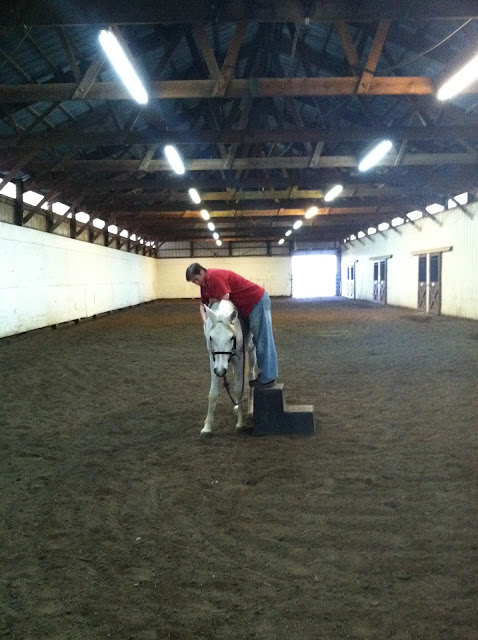 His head was down but he was listening to me talk to him. He was relaxed and didn't fight me at all. 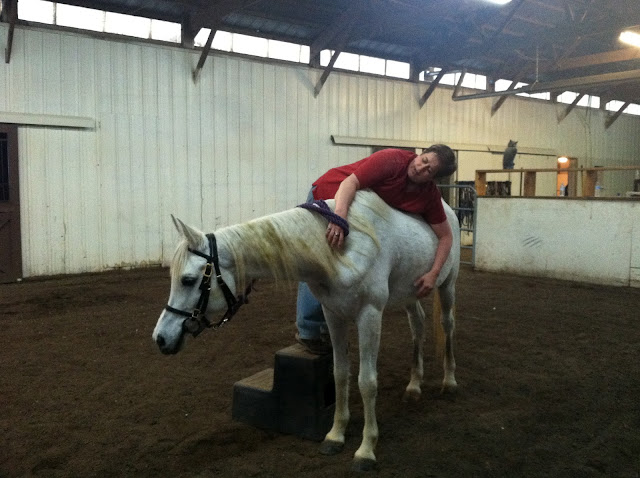 And then the other side. I think my mom thought I was going to squish him. He wasn't concerned at all about the weight on his back. I have the strongest feeling that riding him is going to be easy. 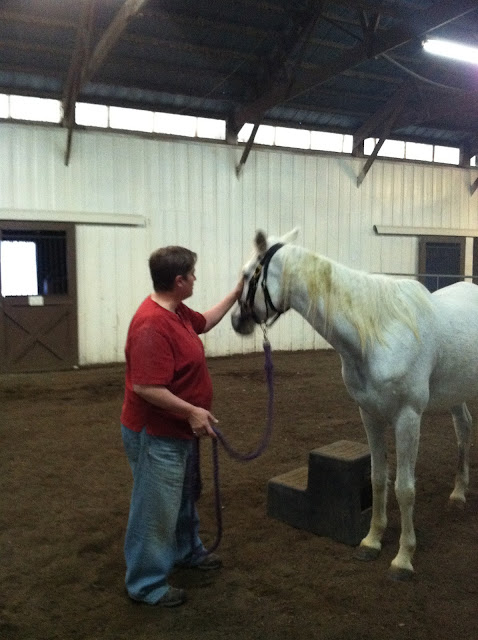 He is such a sweet boy. 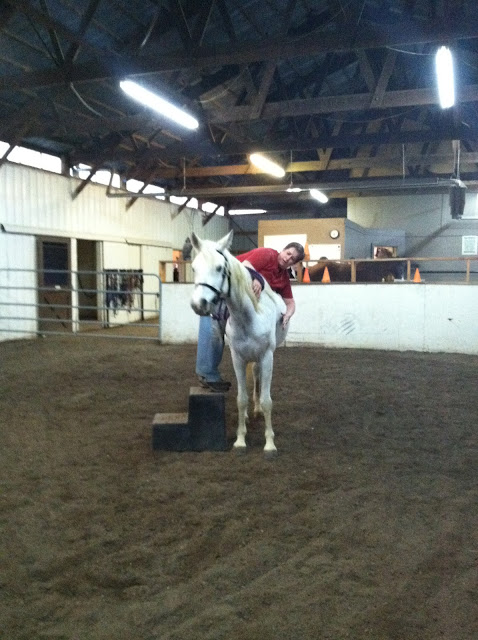 No issues. He just stood there and mouthed his bit. 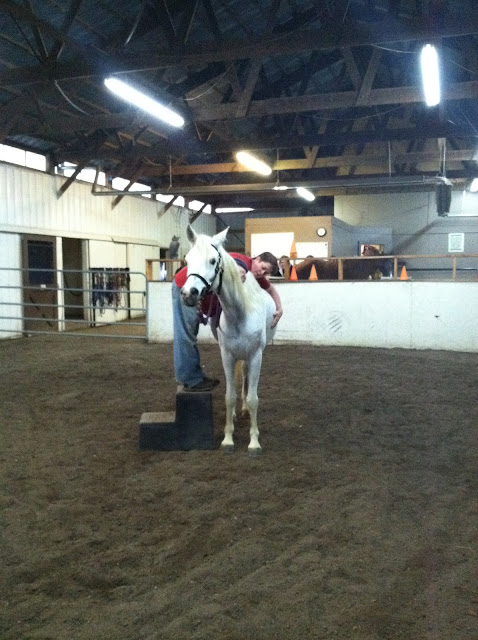 Okay, that's enough of those pictures. After we left the arena we went outside and turned him out in the pasture. He tore around like a mad man. He ran in circles around me with his nose and tail up. He has such incredible action at the trot. I can't wait to see what he feels like under saddle. Although, I know that I have to. At least, for a another month or so.

Maybe I'm crazy, but it feels like he is ready to be ridden.

Tuesday is his seventh birthday! And we saddle.
Posted by Cricket at 2:00 PM