OMG, this was the best move to date. I love this barn.

We moved in on 12/26. I needed to be able to ride without worrying about concrete footings, icy roads, and moving holiday blow up decorations (the new little gypsy cob Amanda is working with tried to destroy one of them - she be fierce). The move was fairly easy and we got the horses out to ride the day we moved in. 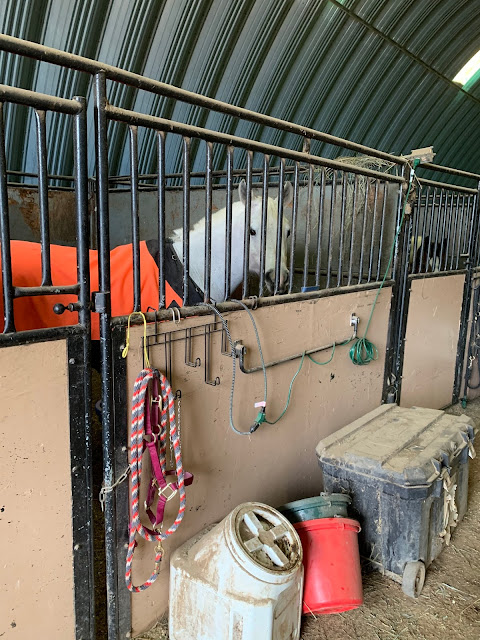 The stall is big - 16 x 16 - and kept very clean.
They go into turn out from about 6 am until 1 pm. Ashke is in a single run turn out, since he plays way to hard with the boys. We are going to try and find a mare he can go out with, who won't be annoyed by him following her around. 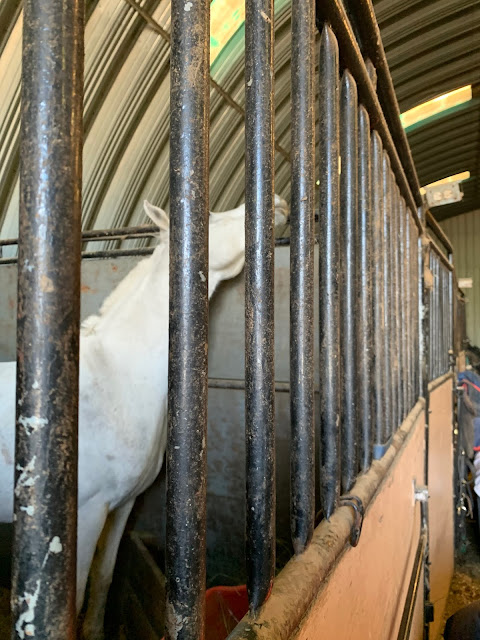 He was a little distraught at not being able to see Kat across the aisle from him and all of the horses were in turn out when we moved into the barn, but he settled within a day or so. He loves being in turn out although he keeps trying to get the black mare next to him to snuggle. 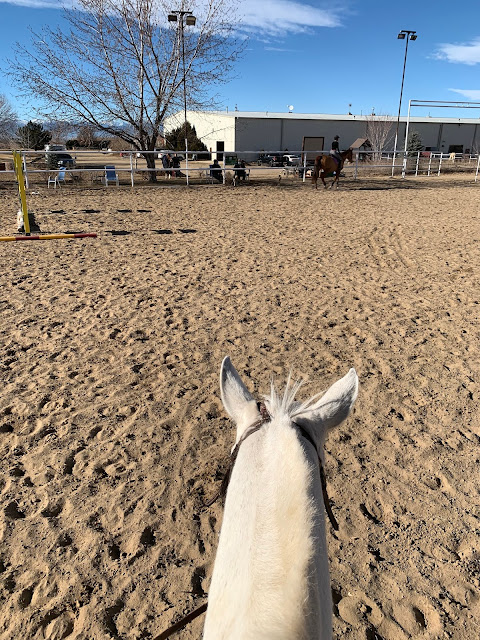 This is the outdoor arena. We are about mid way in the arena. It is huge.
The footing is immaculate. 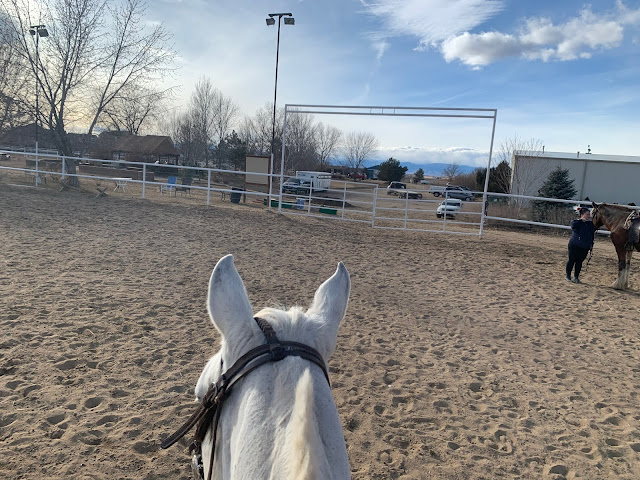 We were close to the north end of the arena. 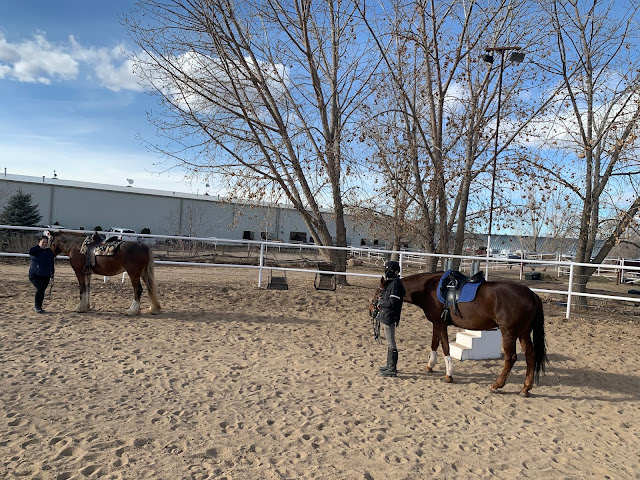 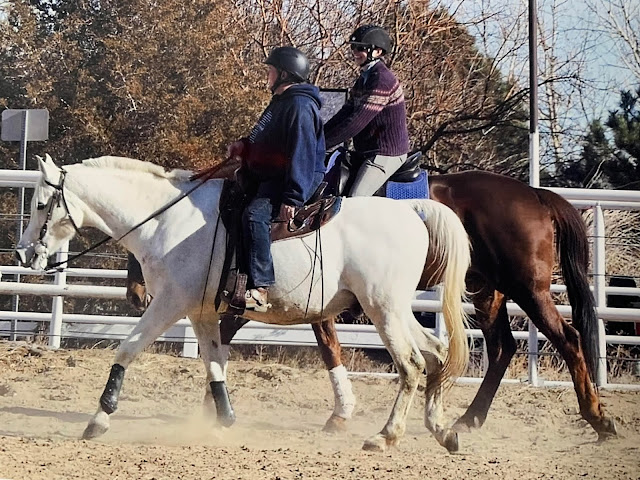 Ashke on the inside, Laz on the outside.
I got a pair of the BOT Royal Work Boots for protection and support of the right front (where he sliced himself open). They seem to be working just fine. He is also back in shoes, for support and stability. He came back into work a lot quicker than I did. My lower back has taken a couple of weeks to get the muscles strong again. It's been very painful. 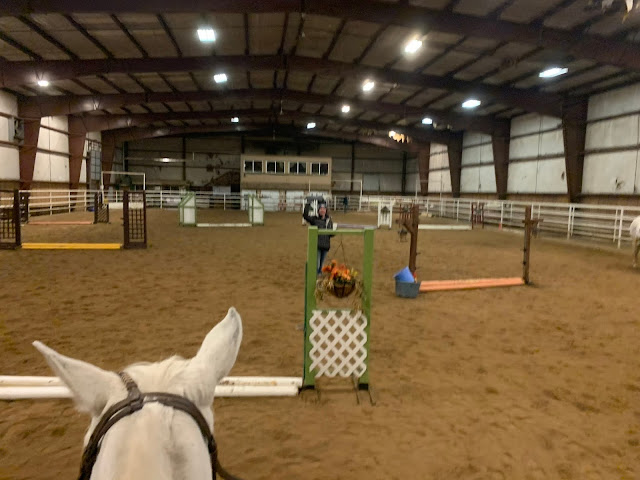 This is the indoor. With 8 jumps set up (right before a show) and still plenty of room to work in and around them. The footing is even better than outside, which is saying something. It is also quiet in the indoor (well, except for the horse noises on the other side of the left wall) even when the wind is blowing. 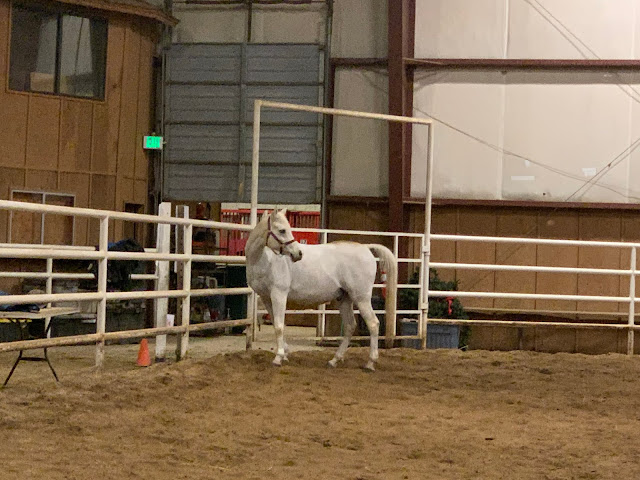 He hasn't been real interested in running to the far end, however.
Our lessons have been just challenging enough to not kill me while still tiring us out. 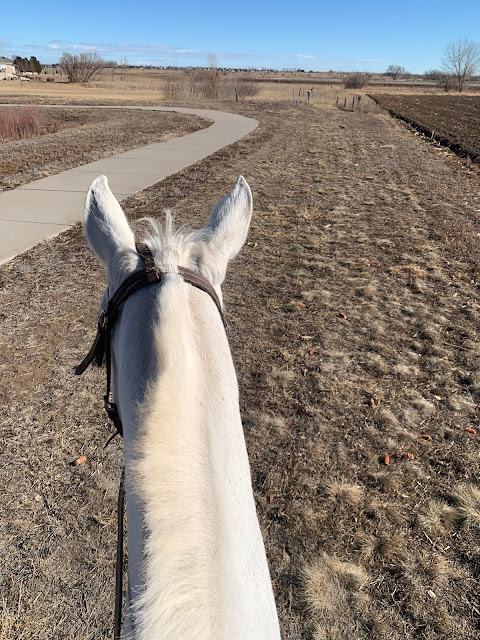 There is also trail access from the barn.
We got out and rode about 4 miles last Saturday.
He had . . . moments. 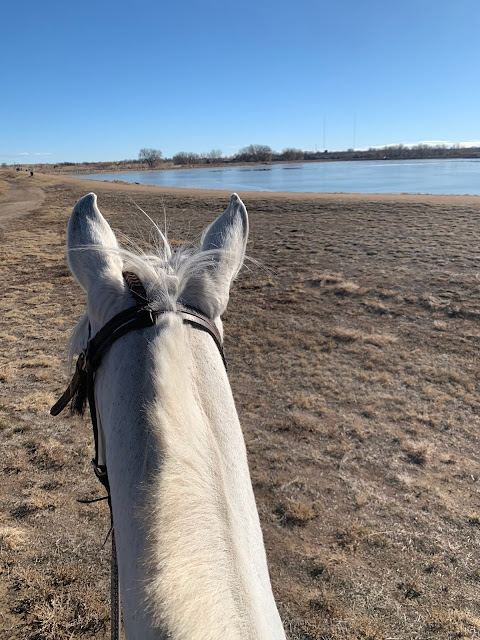 There is a lake that we will ride around next time (I wasn't sure it was allowed).
He was pretty much an ass when we turned around so we spent our ride home at a collected trot, in shoulder-in, with a change of bend every ten strides.
I seem to be settling into a schedule. Trying to ride at least four days a week. In our lessons we are working on piaffe (getting him to really engage his hindquarters and come up in the wither as development work for his pirouette), changes and lateral work. And on me riding more like I know what I am doing than the sack of potatoes I feel like.
Posted by Cricket at 11:32 AM 6 comments: