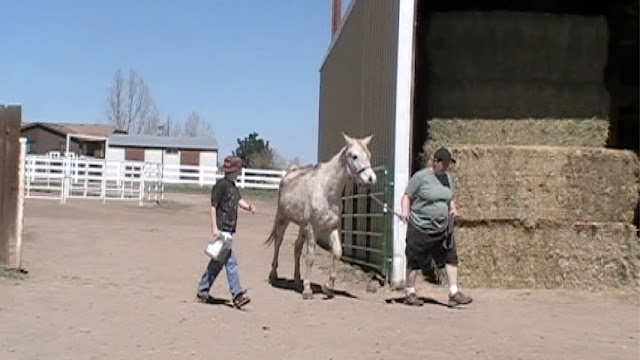 Sunday was beautiful and 82 degrees. There was a slight wind but overall the weather couldn't have been better. We had already decided that Ashke needed cleaning. To that end, we filled four 6 gallon plastic water bottles with hot, hot water, loaded them in the trunk of my car and drove to the barn. I didn't want to use the hose on him, because I didn't want him that chilled. We hoped that using hot water and no shampoo, we could get some of the crap off of him without lowering his temp too much. 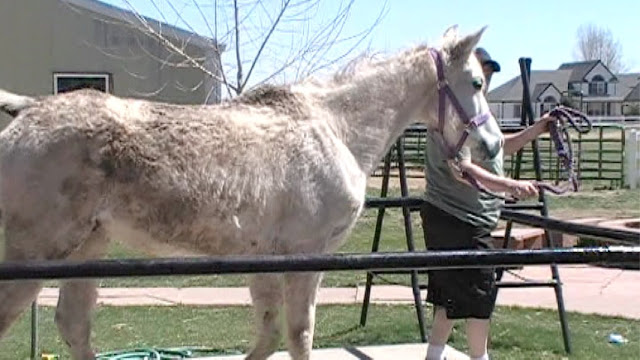 All of the brown is caked on mud mixed with horse poo. This was the dirty side. 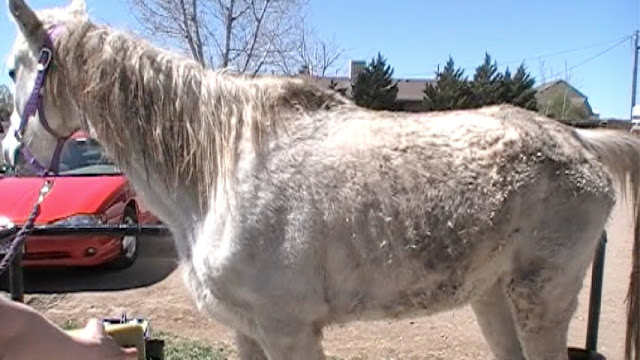 This was the really dirty side. There didn't seem to be much difference between poo, skin and hair. Ashke's hair was so matted that he flinched whenever we touched his sides or rump. You can see how his mane was matted and twisted into dreads. When I used the sponge on him, the water ran off that yellowish brown poo color. He was a mess. 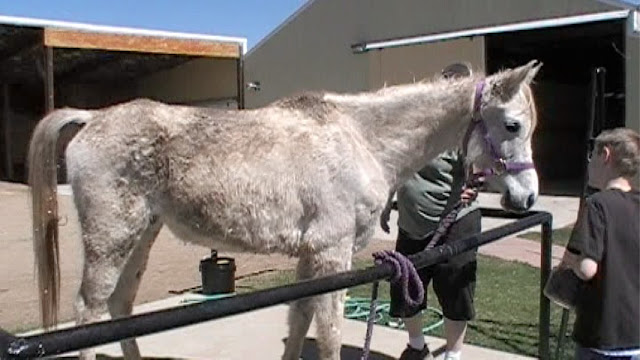 T helped out by feeding him horse cookies while I went to work with the sponge. There was no way we were going to be able to get him spotless clean without shampoo. My goal was to get enough of the mud and muck out that we could brush him without his flinching away.

There was a party for a young woman at the fire pit in front of the wash rack. People commented a lot on his condition and we kept having to answer the question "Is he a rescue?" I felt uncomfortable with the knowledge that many of the horse people we were meeting were thinking I was responsible for his sorry state. I didn't want anyone to think I was that kind of horse owner.

Eventually, we had the worst of the muck off of him. We finished with the water and then moved him to an inside grooming stall. There J was able to get his mane and tail combed out and I was able to brush out some of the remaining muck. We discovered that he hates to have his belly touched, so I spent some time with just my hand, stroking and petting his belly. Eventually, he stopped twitching so much and stopped trying to kick his belly and just let me groom him there. 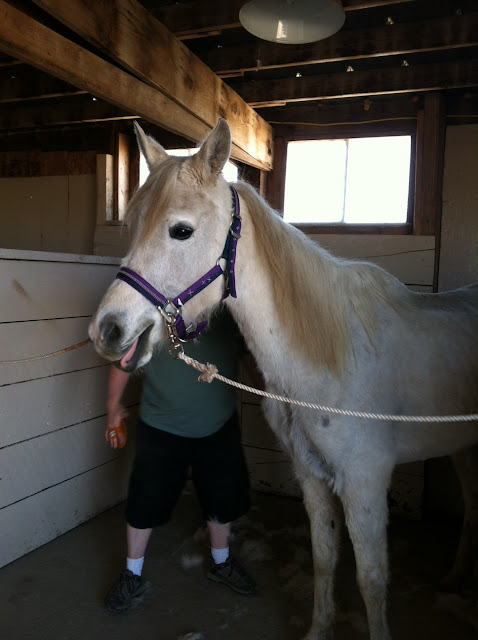 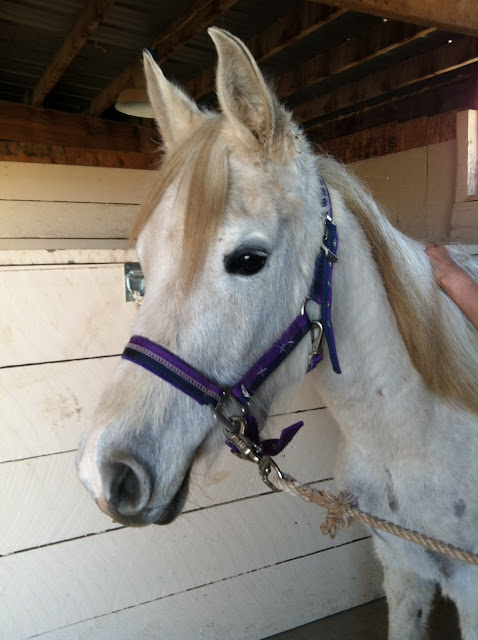 I got a lot of the longer hair off of parts of his body, but because of the emaciation his undercoat is not very good. I also knew that although the weather was 82 on Sunday, it was expected to get really cold and maybe snow on Monday. I didn't want to strip all of his winter protection away from him before he had a layer of body fat to combat the cold. His face is going to be gorgeous when it is shed out and he has put on a little weight. 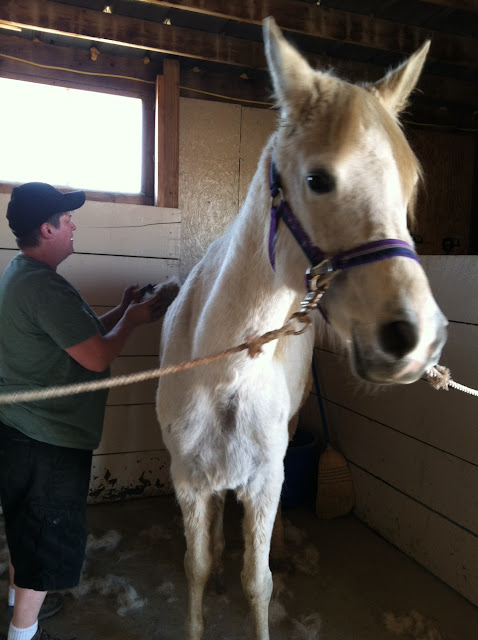 Even with a stiff brush the hair was coming off in clumps. Ashke did good, though. He tolerated our attention for almost four hours without losing his temper of acting out. At one point one of the show Arabians was in the grooming area right in front of Ashke and I just kept thinking, "that's what this horse is supposed to look like . . . " I know he will get there, but I feel so bad about how thin he is right now. 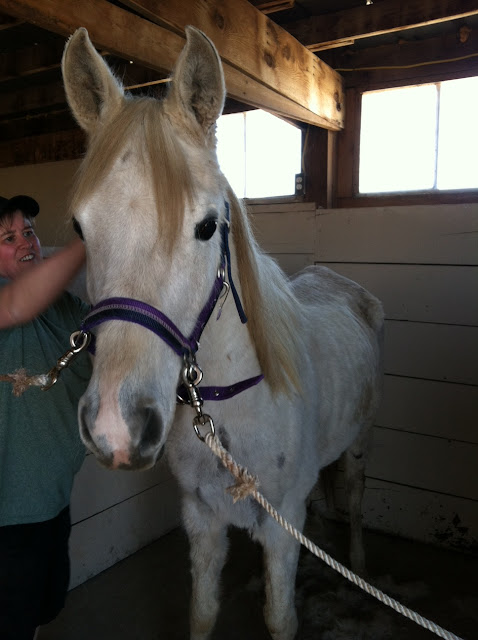 This picture gives you a real clear shot of how bad his hips and barrel are and how much weight he needs to gain to get back to where he should be. The dark patches on his chest are the places where one of the other horses nipped or bit him. He has one big spot on his back left leg where something took a chunk out of him about the size of a silver dollar.

Next time it gets nice and warm, we will wash him with shampoo and see if we can't get him really clean. All in all, he did great.
Posted by Cricket at 9:49 PM