Today marks the four week mark in the rehab of my horse . . . I want to post pictures side by side to show the change in Ashke. 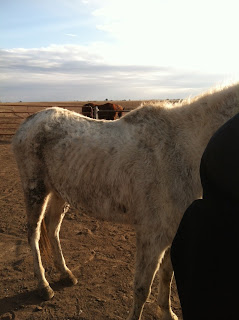 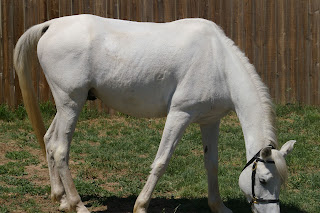 Can you believe the difference? He has put on weight over the withers, across the ribs, his flank has filled in and his shoulder is so much better. He went from skeletal to not so much. He actually has muscle and weight on his haunches. 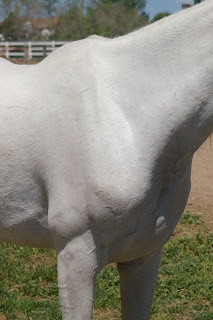 The picture on the left still makes me cry. That was the worse thing in my opinion, how obvious the shoulder bone was - it emphasized how incredibly thin he was. The lump/bruise on his left shoulder has healed and you can see how much weight and muscle he has gained. 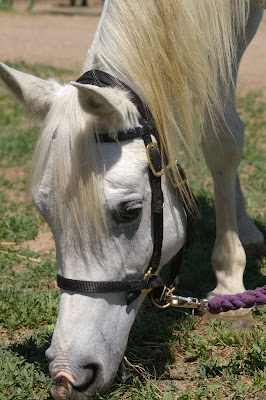 I love his face! He has the sweetest eyes (and I absolutely love the white eyelashes). Most of the long hair has shed off his face, showing the elegance of his breeding. The skin around his muzzle and eyes shines through and I can just imagine how pretty it would look with a little of the face gel that leaves the halter horses so shiny. 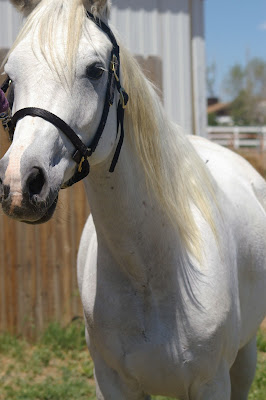 He has a chest! It's very difficult to really see he has a chest in the picture on the left. Really easy to see his awesomely strong chest on the right. It doesn't look like the same horse. IMHO. 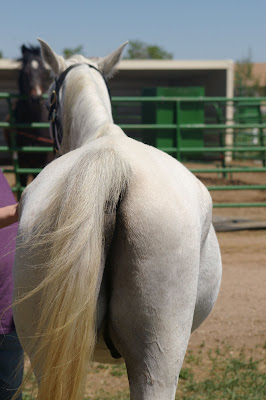 I LIKE BIG BUTTS AND I CAN NOT LIE!! He still needs a bit of muscle and meat, but he is so much bigger than when we picked him up! 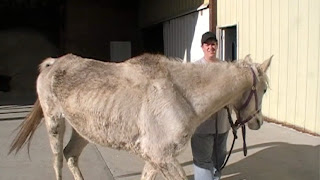 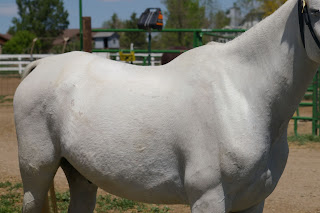 I think these two pictures tell the entire story. Most of the bone that you could see when we brought Ashke home is now layered under some body fat and the beginnings of muscle. You can't tell from the pictures, but the muscle has built up around his spine and filled in his tail dock.

I swear its the same horse!