Some times it's difficult to tell what a horse is thinking and for the past two days, Ashke has been a touch sketchy. He hasn't wanted to stand for grooming and keeps shifting and moving about in the grooming stall. He's also gotten lippy and nipped at me a couple of times. He hasn't been acting like himself. 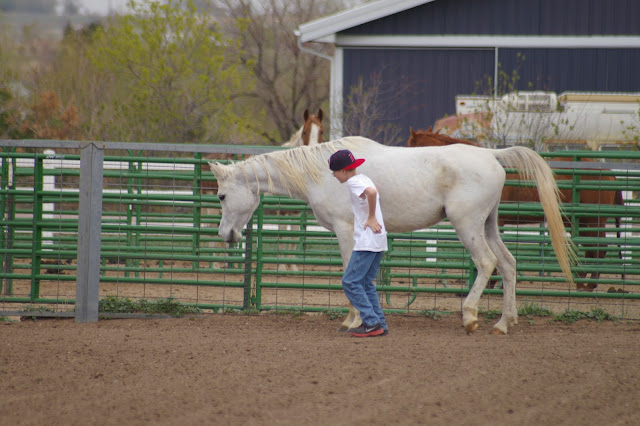 I have a couple of theories. One, the weather has turned iffy, with rain, thunder and the threat of snow. That can make horses act up and be out of sorts. 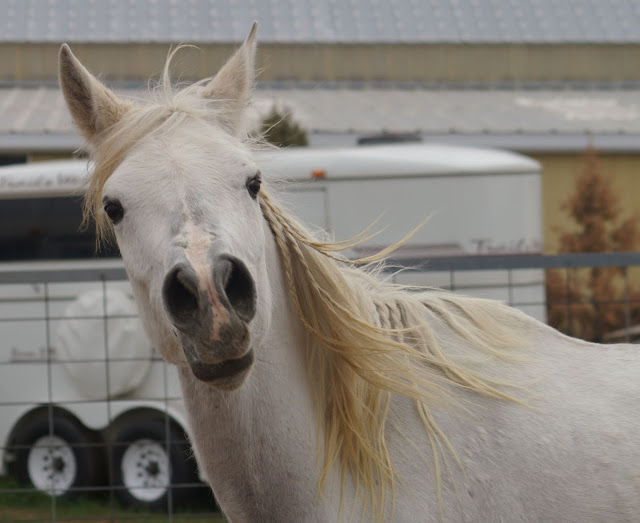 Two, we've had family (the gramma) and friends coming over to see him and he seems to be anxious about that. There is the possibility that he thinks he's going to be owned by someone else, based on his past experiences, or it maybe he just isn't interested in making new friends. Anyway, he's just been out of sorts with everyone, but T. 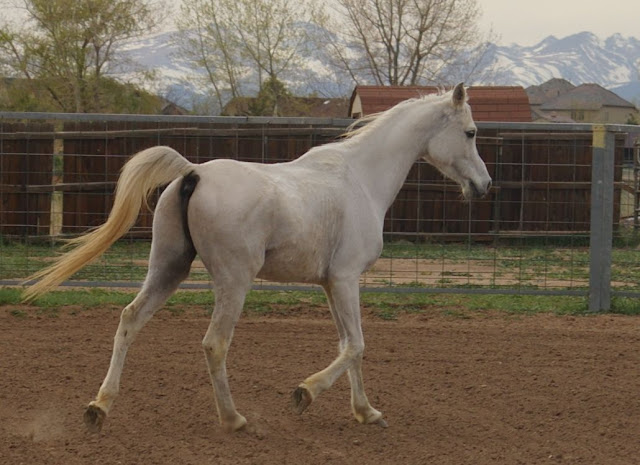 I took him into the grooming stall and gave him a good once over. He tried to lean on me to make me drop his front foot, but I wasn't playing. He also had a nick on his hock, which I'm going to talk to the stable manager about, because I think he got it while he was in his stall. He didn't like it when I squirted antiseptic on it. 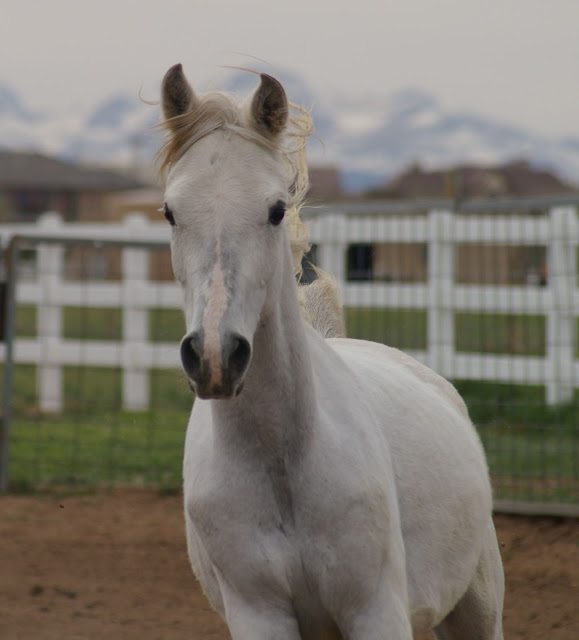 He did manage to take a couple of decent pictures despite the cloudy day. He is also covered in horse poo from laying down in the pen. We are upping his grain to 1.5# twice a day, and he is getting three flakes of mixed grass and alfalfa. The vet wants me to start supplementing with a high fat supplement, so tomorrow we are going to Murdocks or Stockyards to get Amplify, by Purina. 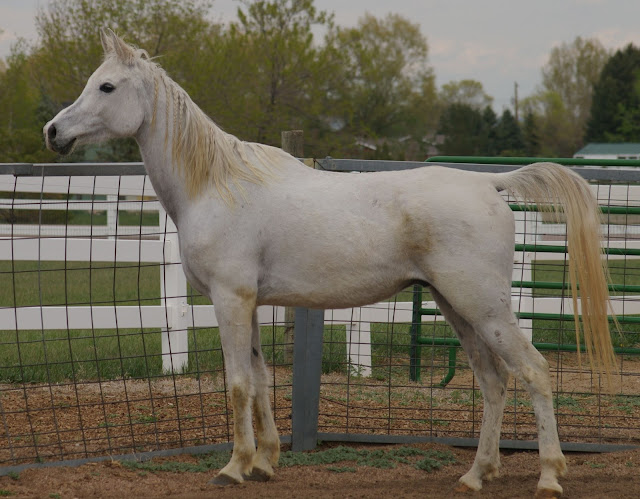 He's looking a lot better, but still on the skinny size. I also think I will start working him with saddling and bridling to keep him from being bored. I don't want him to be bored. And maybe I will try lunging him in the round pen again. And more walks. When its not raining. 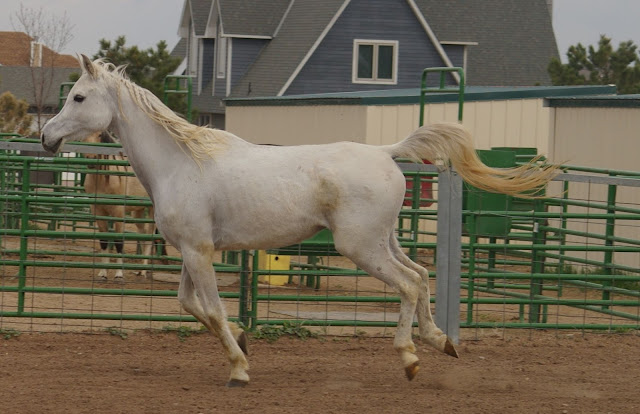 You can see he has put on weight. Next up, the two week photo shoot.