Today we have had Thee Ashke for two weeks. I don't think I expected the changes in him that we have seen to occur as quickly as they have. He is filling out and some of the more extreme skeletal structure is hidden under muscle and dare I say the beginnings of body fat. He seemed to enjoy the Amplify, since there was none in the feeder when we got out there tonight. 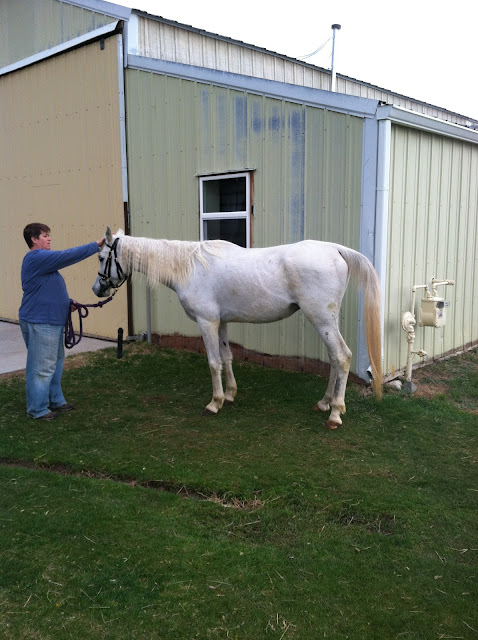 I have to say he has the best personality. He is trying to figure out everything that is being asked of him without doing something wrong. His big eyes are so gentle and sweet and you can just see him working things out in his head. 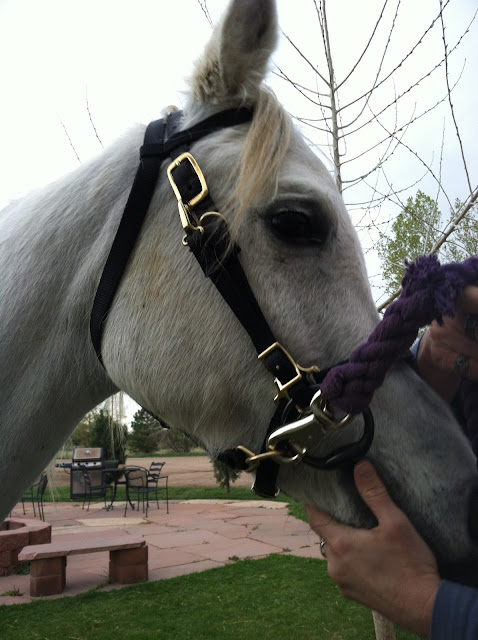 He took the bridle again tonight with no issues. He is getting so much better about handling his ears and let me put the bridle on and take it off without any fuss. He mouthed the bit for a couple of minutes and then let it be. I am very careful when removing it to not bash his teeth. 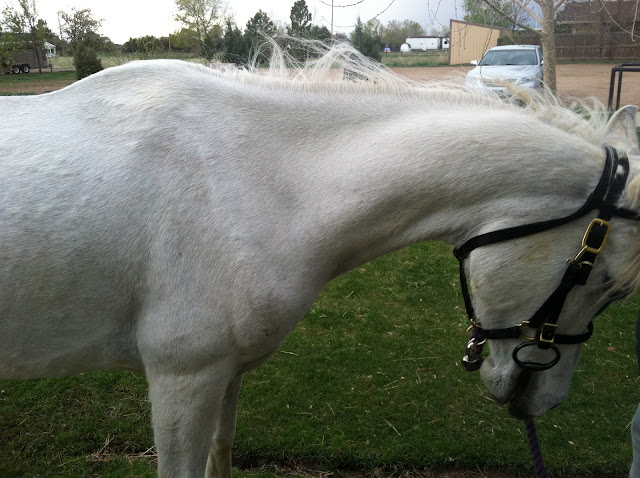 You can see that he is putting muscle on in the crest area of his neck. His neck bowed down (like a bowl or shallow dish) and after two weeks he is beginning to have his neck show signs of arcing in the correct direction. As he is putting weight on, he is much less sensitive and is enjoying the curry a lot more. I got a soft rubber brush with a lot of tips to use on his body. He seems to like it a lot more than the stiffer curry. You can see in this picture that there are still clumps of hair that haven't shed. There is also muscle supporting the shoulder blade, of which there was zero the first time we saw him. 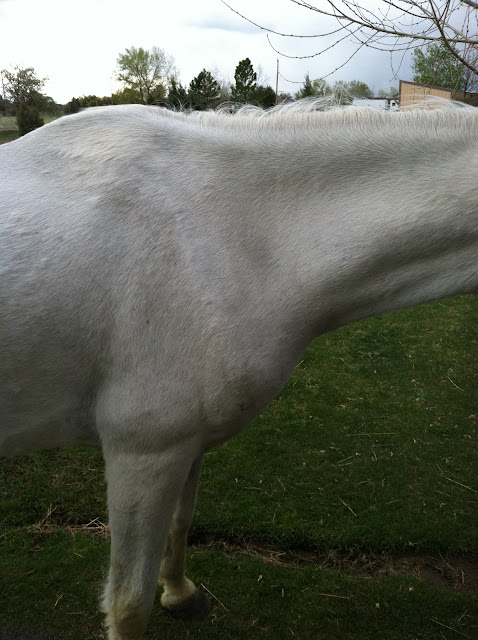 He still needs help at the top of the withers and along his back, but tonight was the first time I was able to touch his back while grooming him and not have him flinch. He has so much dirt on his skin that it looks brown (despite two baths) and I hope that maybe next weekend I can finally get him really clean. I think the dirt has been completely ground into his skin and it has to feel better to finally get it off. 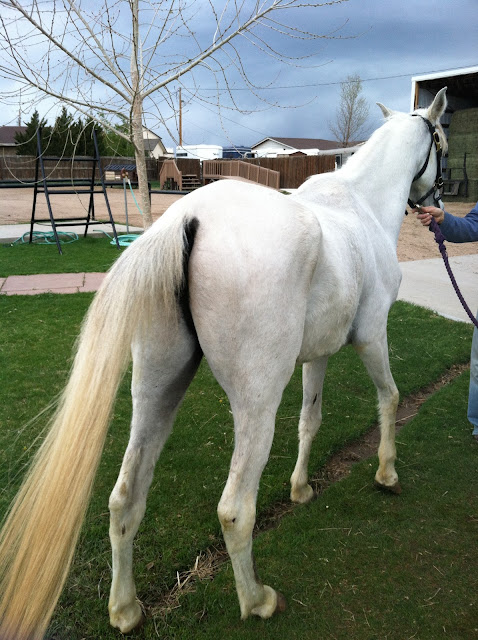 Can you believe he has haunches? Instead of skinny chicken legs? He is still thin, make no bones about it, but he is getting so much better. Food will do that to you, eh? 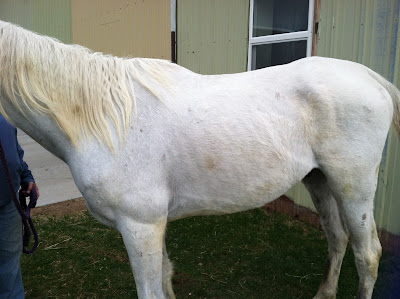 Here is the other side of Ashke. It seems like most of the nips from the other horses are gone. I think they may be a brownish grey on his coat. He has some interesting marks on the backs of his haunches. We will see when he is finally shed out completely and clean, completely.

I worked him for a bit in the big arena. We walked around and trotted (him following me) and then I worked with his back. After shifting the first couple of times, he just stood still. I leaned and pushed and sagged over and over again, and he just braced and let me do it. He is so darn smart. We left him blanketed, because it is supposed to be very cold tonight.
Posted by Cricket at 10:09 PM