So, five weeks ago, four days before our schooling show, at the end of my lesson as I was untacking, this happened: 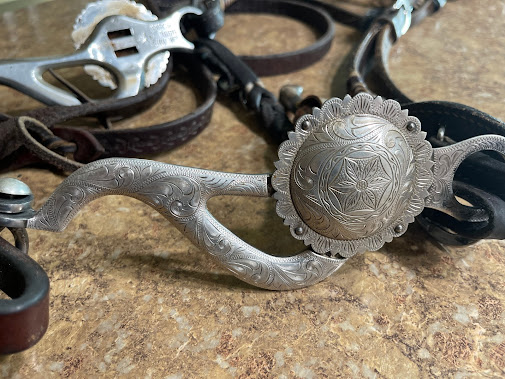 The bit fell apart at the cheek piece. 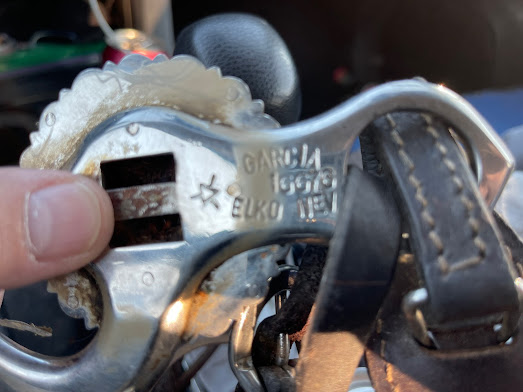 The end piece that fitted through the cheek piece rusted out completely. 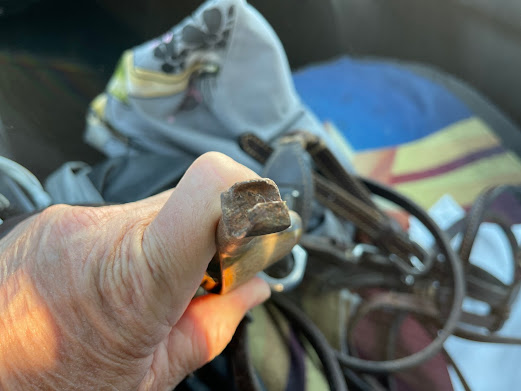 This is the end that was inside the cheek piece. I figure it must have been made of sweet iron and it rusted out on the end that he sucks against the side of his mouth.
I contacted the manufacture and was told it was normal wear and tear. I pushed back on that and the woman I was working with talked to the owner. They said they could fix it and would guarantee the repair to both sides of the bit. It cost me a little bit of money, but it shouldn't happen again. I was given a three week time frame for repair.
In the meantime, Amanda loaned me her mom's bit to ride in and Ashke had definite opinions about it. He hated it. He would stick his tongue out of his mouth and just had no interest in relaxing and carrying himself properly. It has gotten worse and worse as time has gone on. I was supposed to get the bit a week ago, but it was sent to my old address and then sent back to the company. I finally received it late yesterday afternoon. Before that though, we got in a big fight during our ride yesterday.
Today, I put the bit on his bridle and then eased it into his mouth. He moved the roller with his tongue, took a deep breath, and his whole body relaxed. The other thing I realized the day before is that he no longer needs spurs. So I lost those before our lesson today. He was so relaxed, on the bit, self-carriage, soft and receptive that both of those things were the right thing to do. Before the end of the lesson he had given me two relaxed and correct canter pirouettes and four or five steps of true piaffe in each direction. It might have been the best ride we have had ever. He was so happy.