Today, Nico and I were able to truly ride together for the first time in weeks! Ashke and Cali both seemed to enjoy their time in the arena together, although Cali was much more settled than Ashke. After being difficult with Nicole last night, Cali was a doll today. 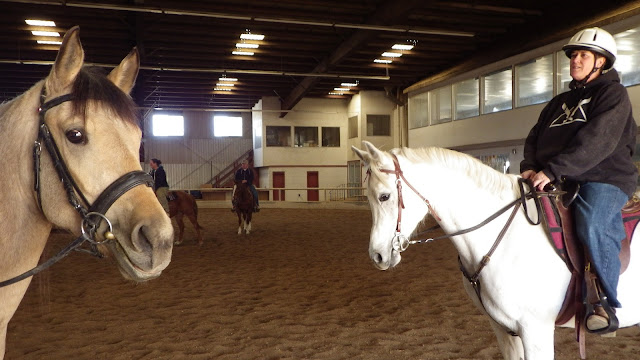 Ashke resembled a pogo stick horse. He bounced up and down a lot. 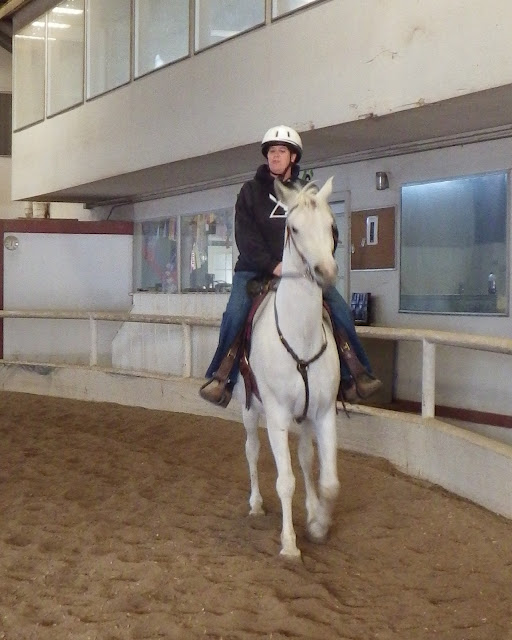 We trotted around and around. Everytime we got near the gate, he began to try and canter. The large door behind the gate was open and I really think he wanted to be on the mesa or at least outside the arena. 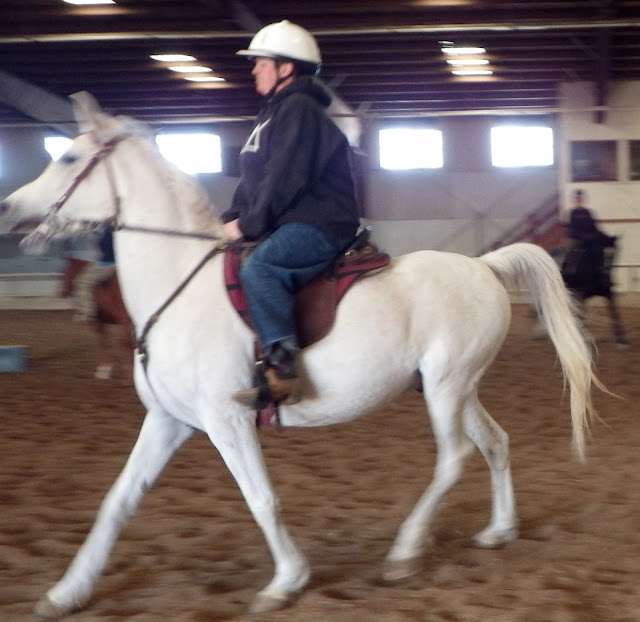 Everytime Ashke saw Cali ahead of him, he tried to canter. 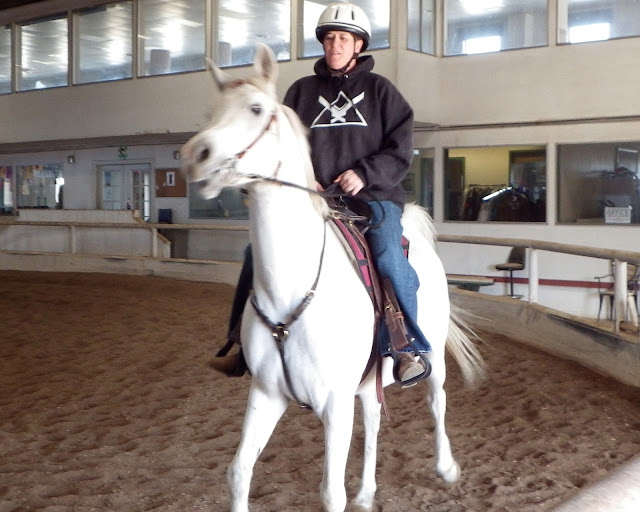 Every time a horse went by, Ashke pinned his ears and tried to kick out at them. The only time he was calm and able to walk on a free rein was when we were walking next to Cali. 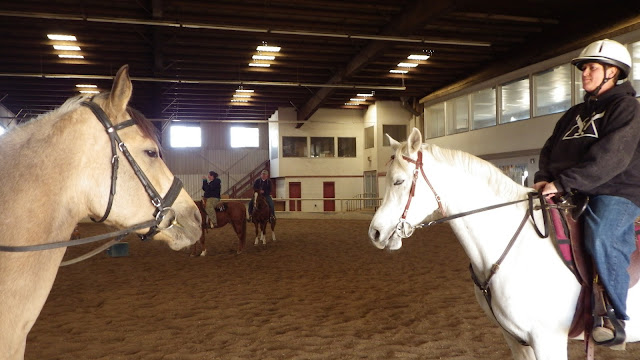 We jigged. We bounced. We danced. We spun in circles. 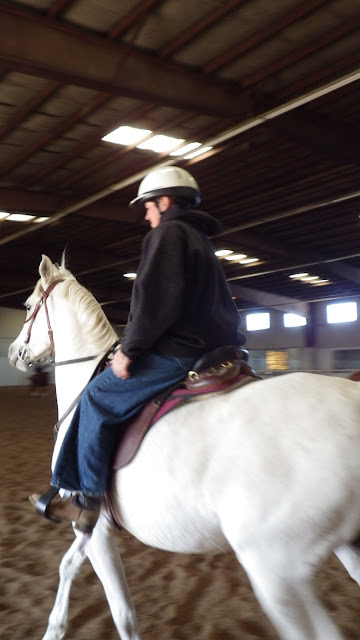 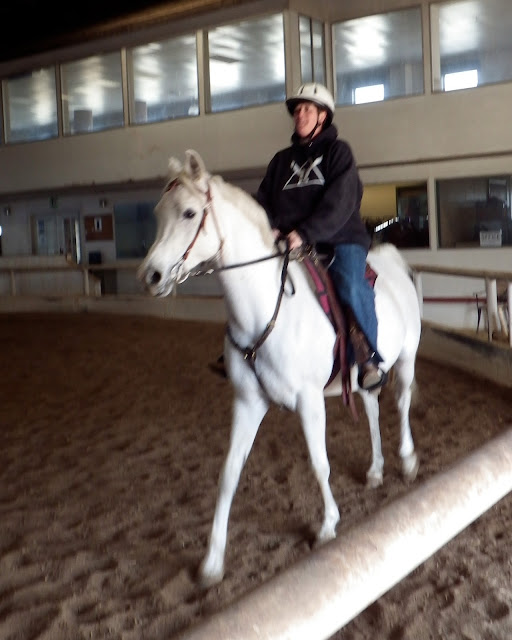 We did have some moments when he was settled, with his head lowered, collected underneath me. He is able to engage his hindquarters for longer periods of time. I think walking the mesa is really helping. I guess we will find out for sure when I see Diane. 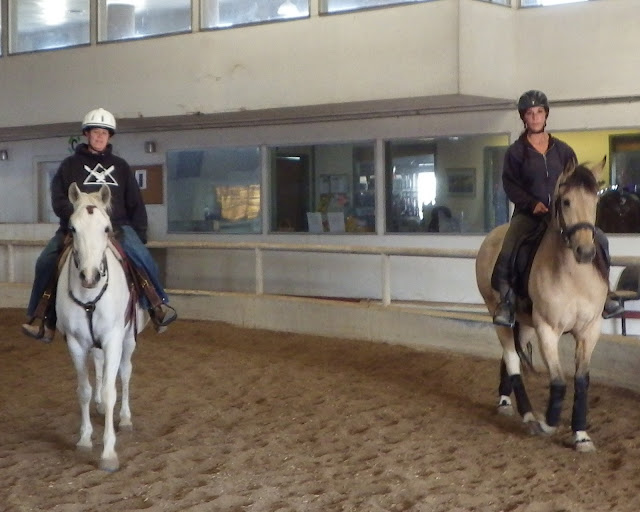 He enjoyed walking next to Cali. A lot. It was the only time he settled all day long. 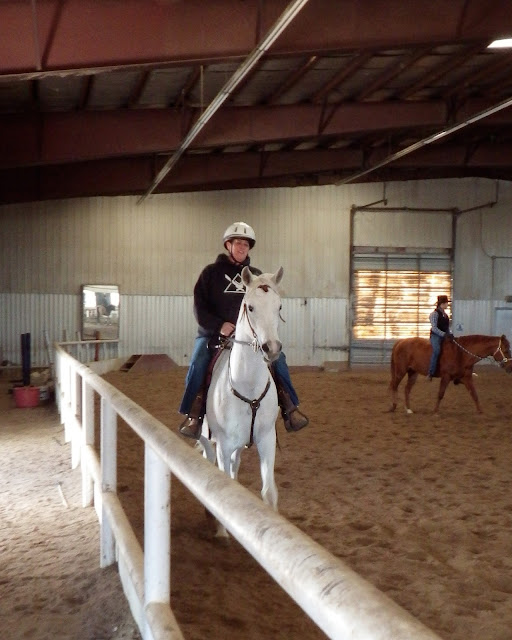 He didn't try to throw me, he was just really up. J said he looked really good and didn't feel like he was favoring anything. I rode him until he was warm, but not sweaty. 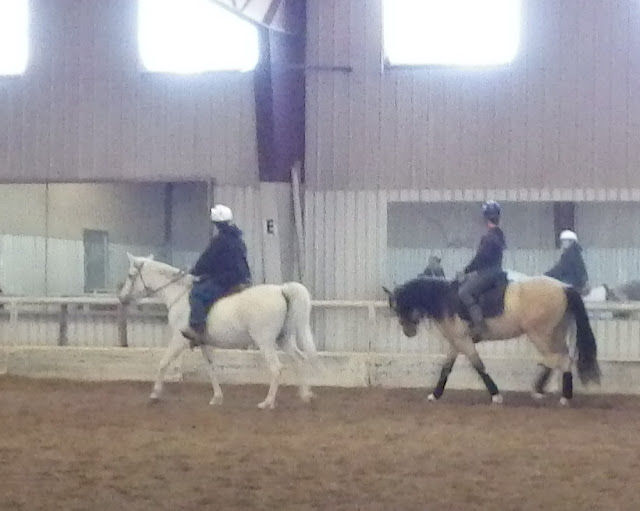 I told Nico that I wasn't afraid I couldn't handle him or that I was going to come off. There were a couple of times he almost jumped out of my hands at the beginning. A couple of times he got his nose in the air and fought the bit. I'm not even really sure why he was so up today. 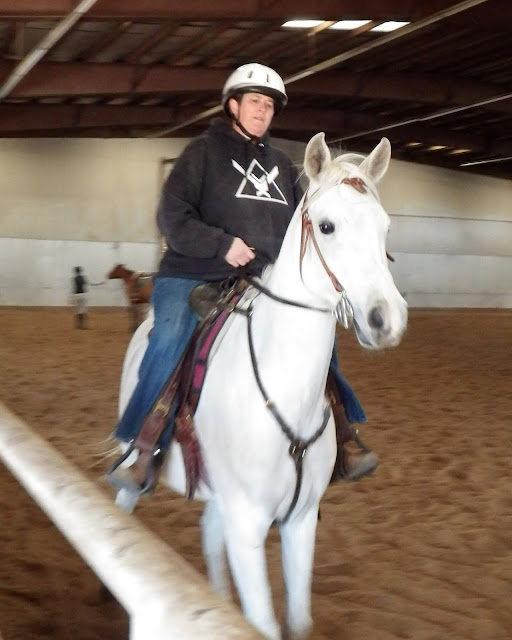 All we can figure is that it's the weather. And the lack of riding out. Hopefully, we might be able to ride out again soon. (Although, I would like to see some more snow for our region. Really need the water if we are going to have hay next year.) 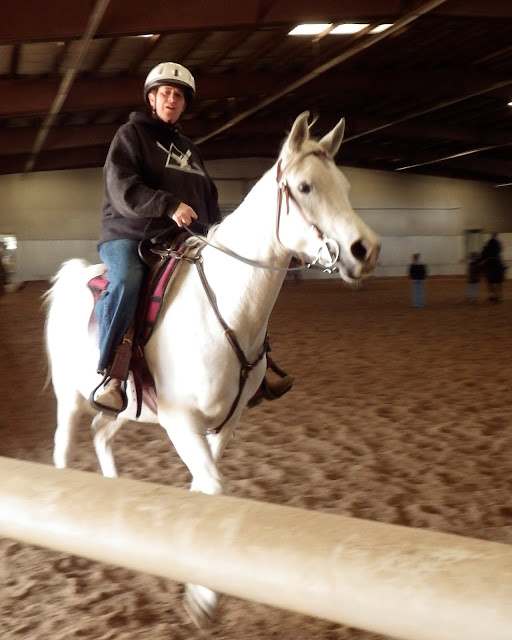 I can't believe how good he looks.