Every once in a while I have a ride that reminds me of why we keep doing dressage lessons. Ashke was simply fabulous. 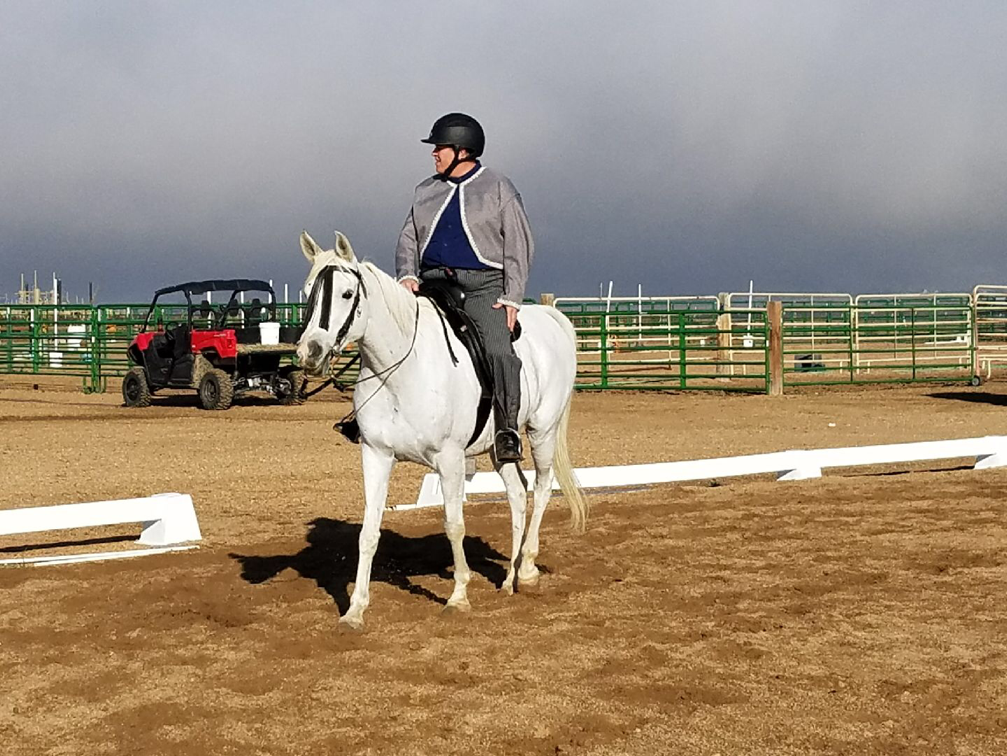 To start, I have stopped referring to the “s-p-o-o-k-y” end of the arena that way - instead I am referring to it as the “jump storage” area of the arena, the jump box area and the arena drag area of the arena. I am refusing to fall into his trap of seeing that end as different from the other areas. I’ve also walked him in hand past that end before getting on him so he can inspect the obstacles. He no longer has any real interest in inspecting anything. He did put his teeth on the baby gate around the arena drag, but other than that it was no big deal. That has also been the deal under saddle. If he flicks an ear, he gets a shoulder in and some admonishment “you do not need to be that way with the jump standards” and “do we need to make this harder” or “Theo/Ardee/Laz trots past these spots without even flicking an ear”. Sometimes, shaming is needed. The bonus part of that end of the arena becoming less significant is that we can now use the entire arena, rather than struggling to use 3/4 of the arena. NBD
We started with walking around the arena in both directions, then went to the trot. I let Ashke really stretch out and open up his trot for a couple of circuits, just asking him to use his back and not travel hollow. We even went between a mare being lunged and the jump boxes without any issues, other than a flicked ear at the mare. Then Amanda arrrived and we started our lesson. Ashke was relaxed and seemed very happy to be working.
We started with leg yields from the wall to x and back to the wall. Then Amanda had us leg yield out to x, execute a turn on the forehand maintaining our bend, then walk off straight. I guess that was one of the exercises they practiced at their clinic last weekend, Wilz had a total meltdown trying that exercise and the clinician ended up schooling him in hand. Ashke nailed it the first time in both directions. We moved onto our serpentines, using the entirety of the arena without having to fight with Ashke, since he was pretty focused for me. We did w-t-w serpentines, with me really focused on keeping him working off my seat. Amanda has me ride it with both hands, and then move to one hand for short time frames, then back if he needs the support. After the w-t-w we moved to t-c-t serpentines and when those were going really good we went to work on the livestock pen I had set up to one side almost in the middle of the arena.
Amanda moved one of the cones to allow us to exit the pen on both sides of the cones, just to give us more variety to ride. We started with a canter around the outside of the pen, then rode through the pen to the opening on the far side, making it a 10 m half circle (the outside edge is 10 m). We rode around and reentered the pen from the far side, exiting out the “opening”. Then we rode around the outside, then through the pen at the canter. And he did it easily.
The last time I had tried it at the canter, he lost his hip and scattered cones in every direction. This time he was able to keep himself without knocking over anything. I was so proud. 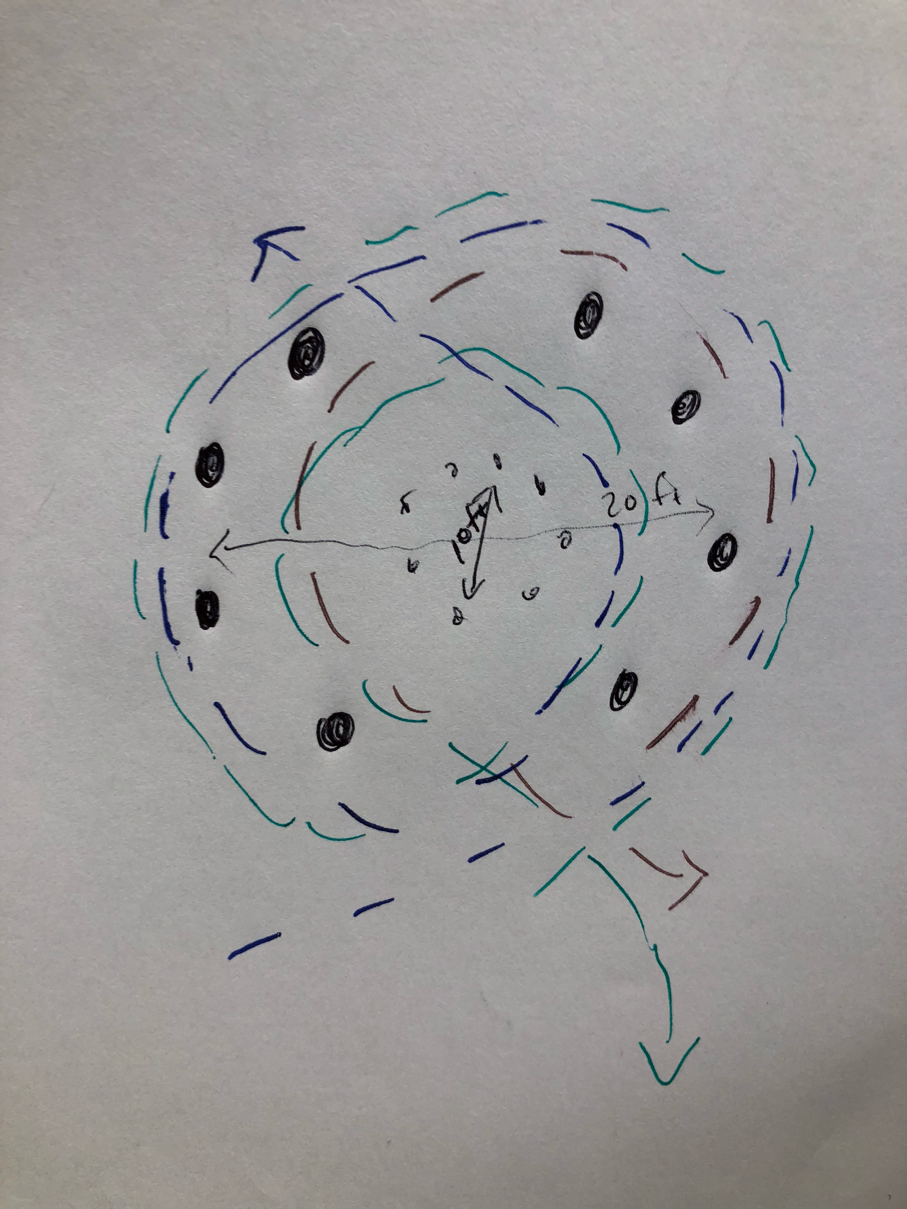 The purple is the first time through, the blue was the second time through and the green was the final time through.
One of the things that was very apparent to both Amanda and I, was Ashke’s struggle to keep his hip in when cantering on the right lead. That was the same information I had received at my last clinic with Tarrin, but I could feel him struggling on such a small circle. Amanda acknowledged that we had just clearly identified an area that we need to strengthen through exercise during my rides to make this easier for him to do. His pinned ears and pissed off snort every time I asked him to canter that tight of a circle while not letting him flip his hip to the left was fairly amusing to both Amanda and I. She had me canter him around the outside of the pen, in a counter bend, to help him keep the hip in. It will need to be something I work on with each ride. It is a hole that I can work on going forward.
We did some of the c-w-c transitions on the straight away, to which Amanda had me add the circle around the outside of the pen, before a downward transition at x and a change of lead going straight forward. We used the circle to help Ashke balance for the straight forward canter transition. By that time he was saying he was getting a bit fatigued with all of the canter work. So, Amanda had me move to the shoulder in along the rail in both directions.  We worked a lot on the shoulder in while riding with one hand.
Then we worked on a new pattern. 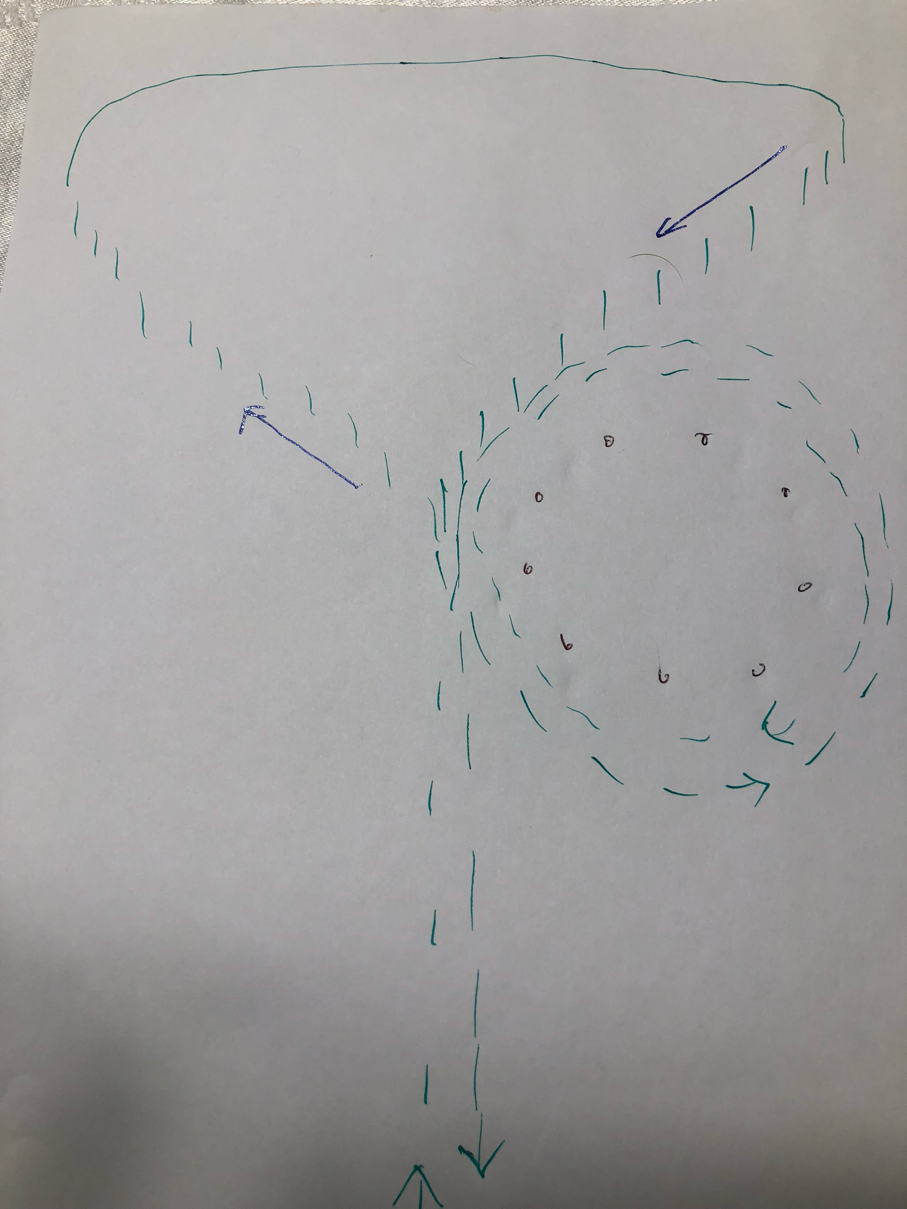 The pattern we worked on
Ashke was to trot down centerline, circle the outside of the pen (10m circle) then when we were back at X we leg yielded to the rail, rode the short end of the arena straight, then leg yielded to X from M, circled the pen again and then rode to A with a little shoulder in. It was complicated and required a lot of focus on his part, since there were lots of changes in direction and bend. He did great though. So fabulous.
We ended there. However, I stripped tack and rode him for about fifteen minutes on the buckle bareback, while Amanda rode one of the Friesans at the barn. He looked back at me a couple of times, but I was able to ride without clenching with my butt and thighs. I rode until he was relaxed and cool. I hope that as long as I can continue to practice after our rides (when he’s calm and tired) perhaps I can regain some of both my balance and the confidence I had in spades when I was younger.
Posted by Cricket at 1:02 PM