We have two dogs - half Malinois - half Boxer - who will be five years old in one week. They are a joy to have and although they take some effort to manage, not having been socialized in their first twelve weeks of life (and don’t get me started on people breeding dogs if they aren’t going to raise them properly). They are strongly bonded to me and our family, being both loving and very protective. I prefer to have two, since they provide constant company for each other. But just like with twins or kids that are close in age, two dogs that are litter mates develop their own ways of communicating.

And there is always jealousy.

Mostly, it is Skittle who is jealous. I don’t know if this stems from dominance struggle or if she just is very green eyed. I think the latter, since they share toys and food and beds without issue. Mostly, they get jealous of me and my attention.

A couple of nights ago, Lily was on the bed with me, head on my thigh, her eyes closed as I gently stroked her face and neck. I was holding my phone in my other hand while simulateously watching football. Skittle was jealous of the attention, so she barked down the hall at an imaginary creature, which sent Lily into a frenzy of ball squeezing wariness. 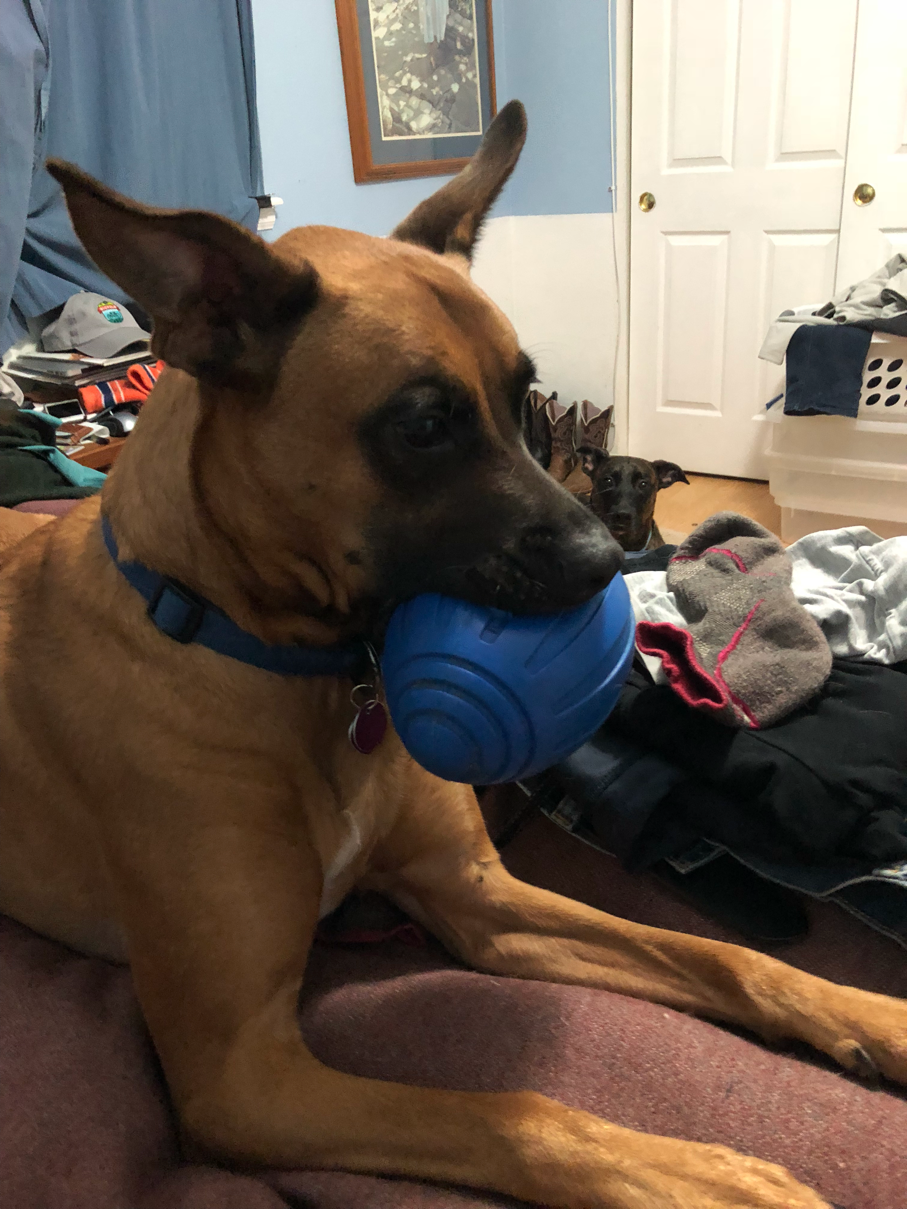 Lily on the bed with her ball in her mouth.
This is a stress relief process for her or she will wind herself up into a tizzy.
Think Tasmanian devil want to be.

Skittle immediately jumped on the bed, snarled at Lily and tried to take the ball away, all the while positioning herself between Lily and me. 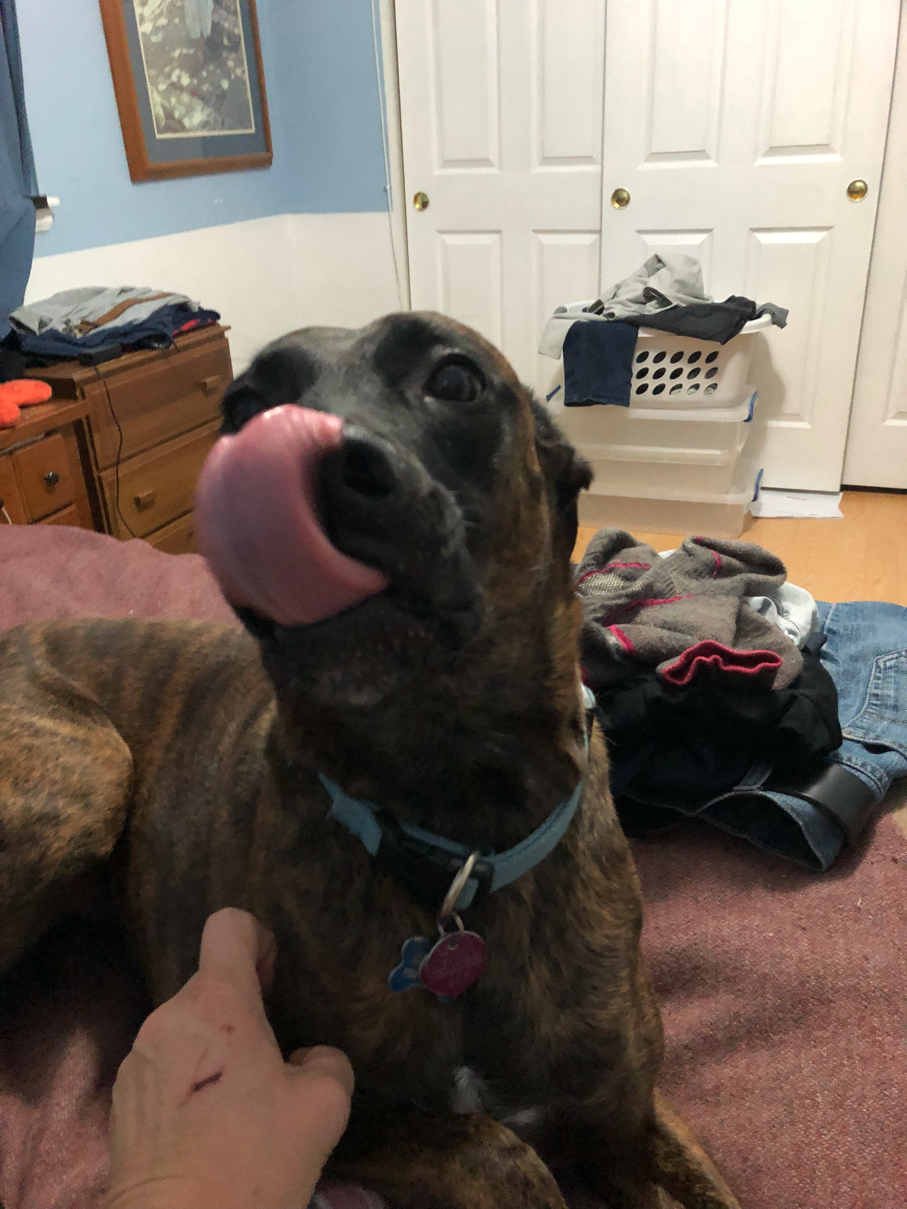 Skittle very pleased with herself, since she is now closer to me and Lily is banished from the bed.

Play fighting on the bed. One of the joys of life. They are not mean with each other and it is mostly posturing and a lot of noise. 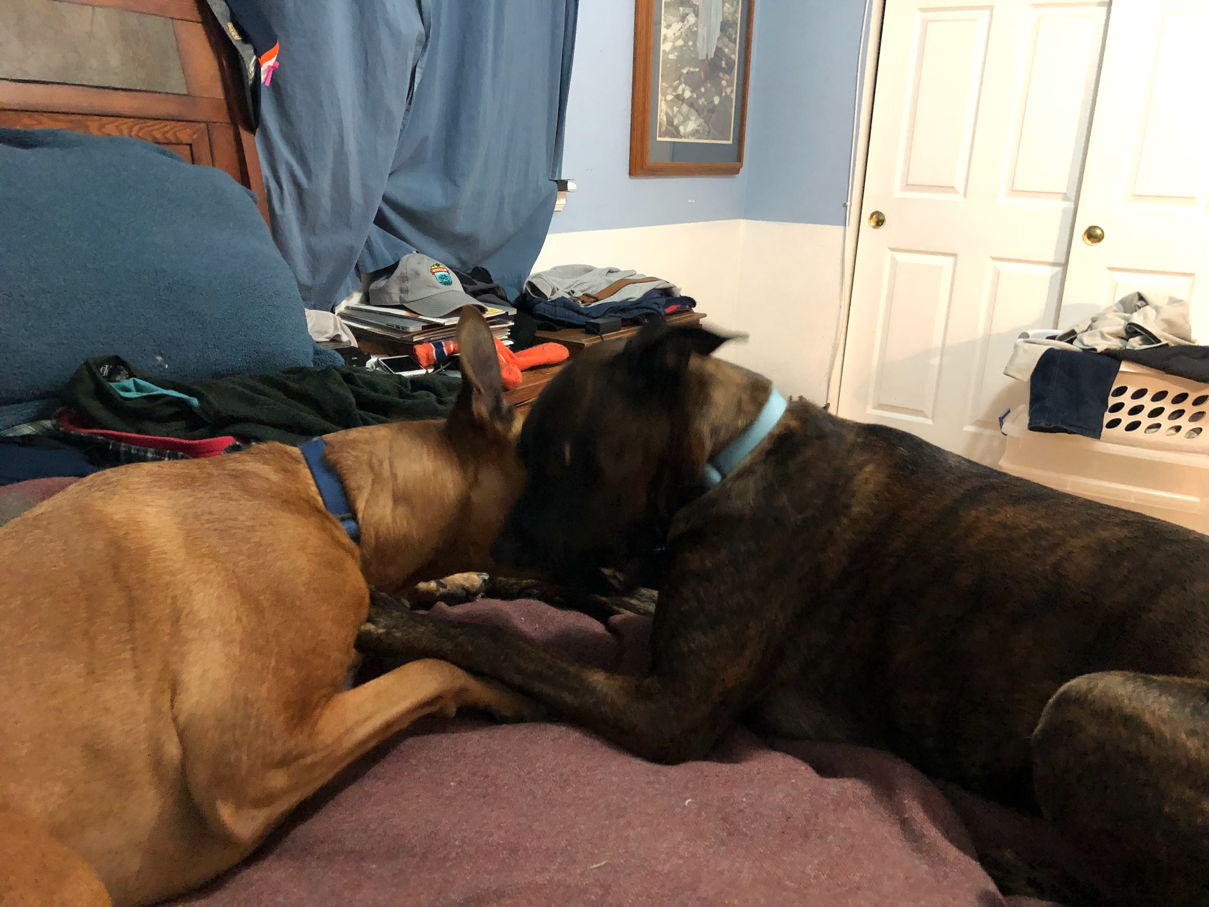 When they really get going, with flashing teeth and loud snarls, I call them land sharks.