Yesterday was a day filled with food, football, great conversation and friends. I also found time to spend an hour or so with Ashke. He was a little tense and still short striding on the right hind. We had an issue with walking into the grooming stall. He will come out of the stall, walk across the arena, through the gate and then come to a complete stop and refuse to go forward. I have tried to move him in another direction, but whenever we turn toward the grooming stall he plants his feet and refuses to move. I can speculate about why - I know Ashke does not like Gary. He will snort and act uncomfortable whenever Gary is around, move away from where Gary is, just flat out doesn't like him. I think he is refusing to move toward the grooming stalls because Gary has a private tack room there and I'm sure Ashke can smell him.

I made a huge mistake. I have no excuse. I was frustrated and tried to force Ashke to move forward. (This is where I made my mistake. Can't really force an animal that weighs 5 times more than I do.) I tried to loop a rope around his neck to lead him forward. He refused. I finally backed him into the stall. I groomed him and saddled up. I warmed him up slowly on the lunge line and then rode him for twenty minutes or so. From the way he moved under saddle, I would say this issue with his right leg has been an issue from the beginning. The lack of strength in his hips and butt has stemmed from this issue with his right hamstring. We did some leg yields, in both directions, up and down the arena. We struggled more with this than we have in the past. At the end of ride, Ashke was moving much easier at the walk, although J said he was still short striding on that leg. We didn't canter.

When I went to take Ashke back into the grooming stall to take the saddle off of him, he refused. I tried to lead him forward and he refused. I got frustrated and tried to get him to move forward by swinging the lead rope at his butt. He moved in a circle around me, getting more and more upset, but still refusing to move toward the stall. I was getting more and more frustrated. Then he slipped on the concrete pad. I stopped immediately. The last thing I wanted was for him to be hurt by my frustration. I backed him across the arena, since that usually encourages him to move forward, but again he stopped as soon as we were through the gate. I took the bridle off and gave him the ability to move wherever he wanted. Then I moved between him and the gate and began to flip the end of the reins at him, without touching him. He moved away from me and toward the stall. I would step forward with the flicking reins. He finally snorted at me and walked gingerly into the stall. I made a huge deal about him being there, gave him a peppermint and then untacked him. While J was putting away the tack, I massaged his right hamstring. He was happy about that. I led him out of the grooming area toward his stall and then turned and asked him to walk back. Ashke balked again. This time I pulled a peppermint out of my pocket and enticed him. He thought about it and then walked back into the stall. I gave him the peppermint and then took him back to

I decided after the debacle with the grooming stall that I am just going to tie him to the tie rail outside of the tack room. I'm not even going to try to walk him into the grooming stall. We only have a week left at this barn and hopefully the new barn won't make him so uncomfortable.

Plus hill work will help with his right hind hammie. 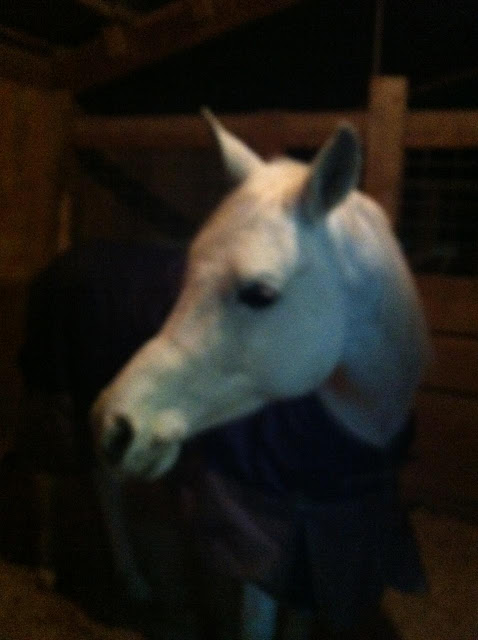 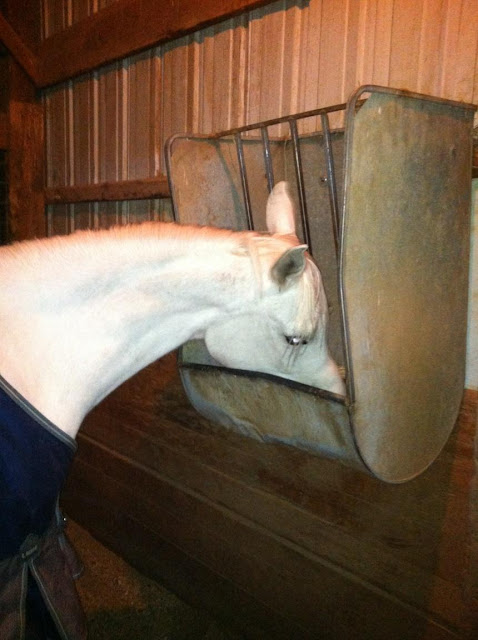 Oh, yes, this is what I am talking about.

And because we could, we shared the Thanksgiving feast with Callie. 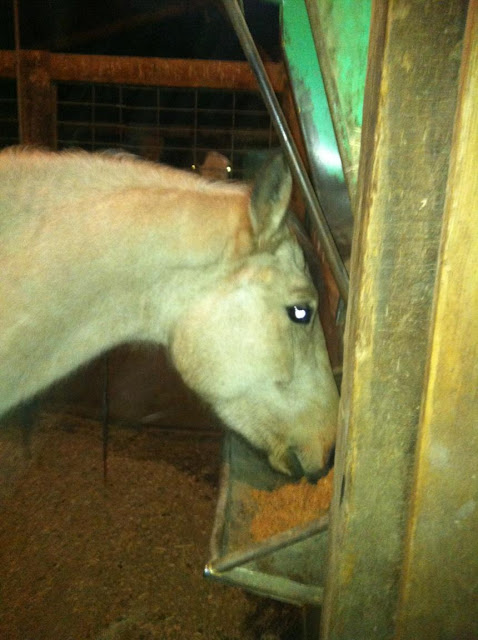