Well, at least the sweat. 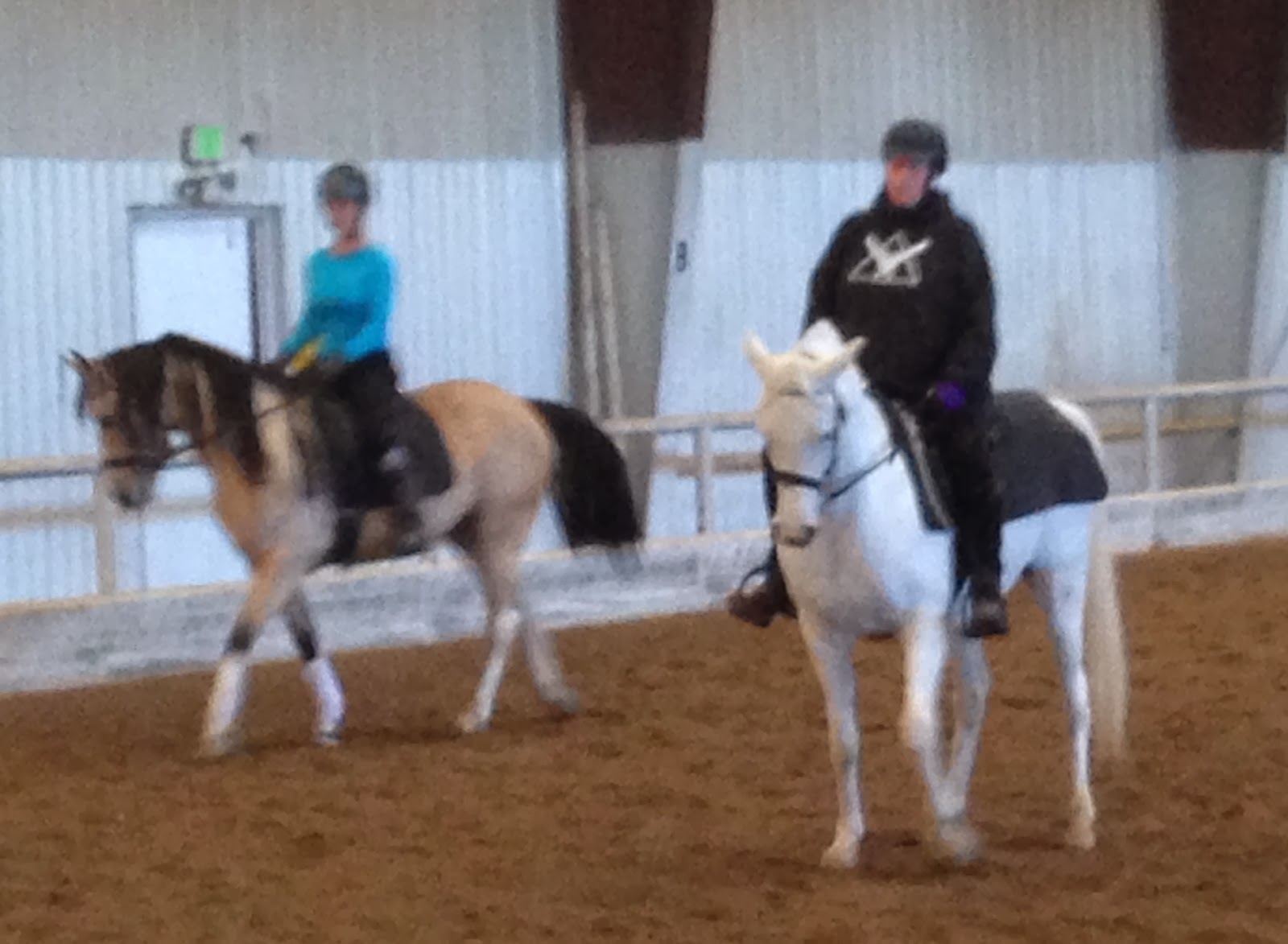 We rode last night for about an hour and again this morning. Worked on mostly walk-trot and then some canter. 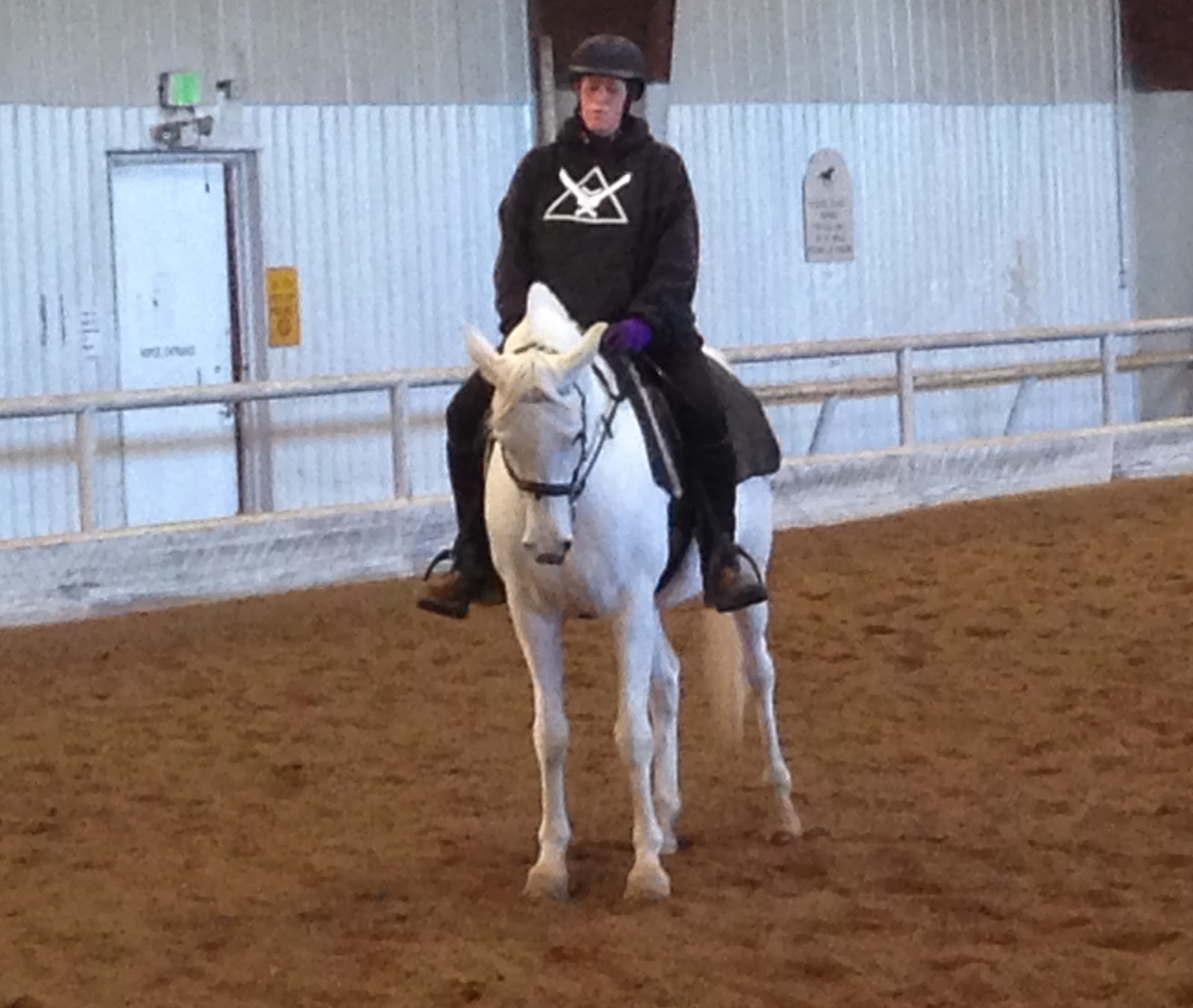 We had a decent ride last night, although he was pretty distracted by the eleven other riders having their jumping lesson. 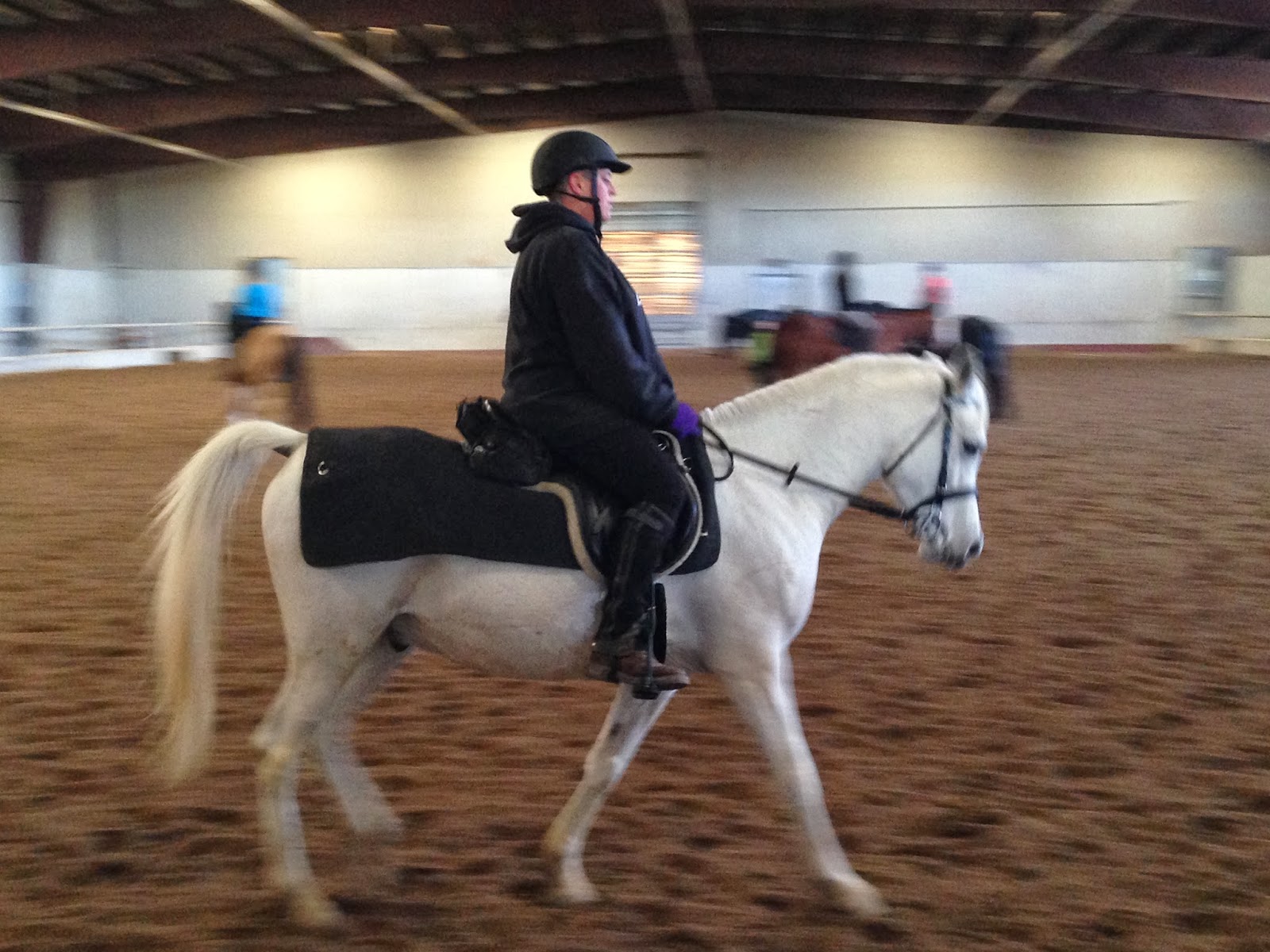 Today was a little rougher. I don't know if it was because Cassandra was in the indoor and that was making me nervous, or if he was tired of trying, but we spent the first half hour fighting about him not being a giraffe and moving off my leg. He didn't want to try and let me know by suddenly shying at a spot that he had already moved past numerous times. The first time I let it slide, but the second time he tried to spin and bolt. I was done.

I picked up the dressage whip (which I had brought in case he was sluggish cantering) and after a couple of pops (because let's be honest about how we use the dressage whip - there is no tap. there is a pop.) he moved off my leg without issue. He stopped shying. He stopped being a freaking pain in the ass and tried to do what I was asking him to do. (He doesn't have to be perfect, but he has to try.) I put the dressage whip down again, not wanting to scare him, and he was very receptive after that. 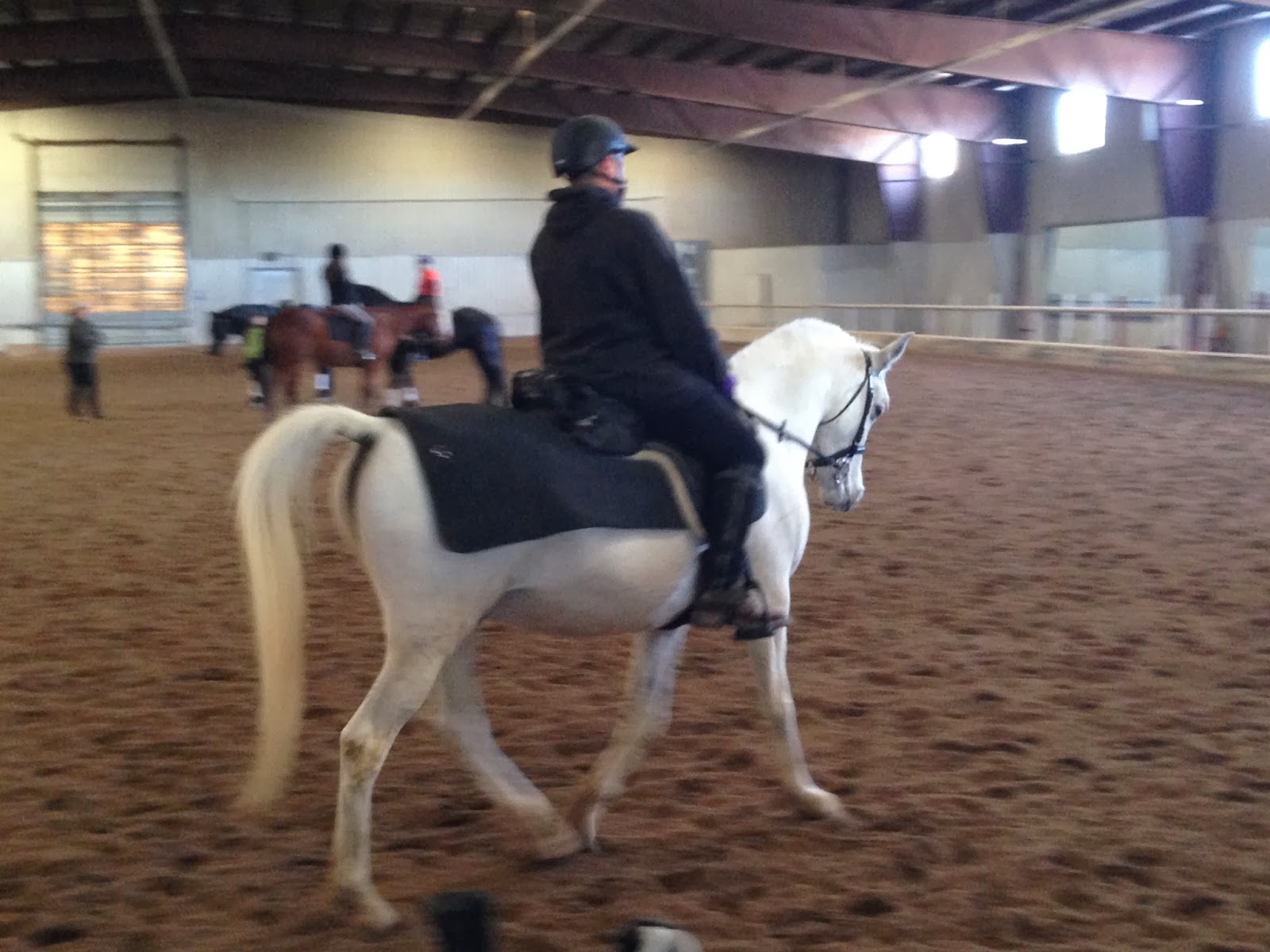 The best part of this photo: see how he is stepping up under himself: tracking up? He wasn't able to do that before our last visit to Diane. The adjustment to the base of his neck was the last piece of work he needed to move this easily.

After that, we focused on our stuff. Stopping and framing, then moving forward through the walk-trot transitions. We did some leg yields on the sides of the arena and he was so very good. 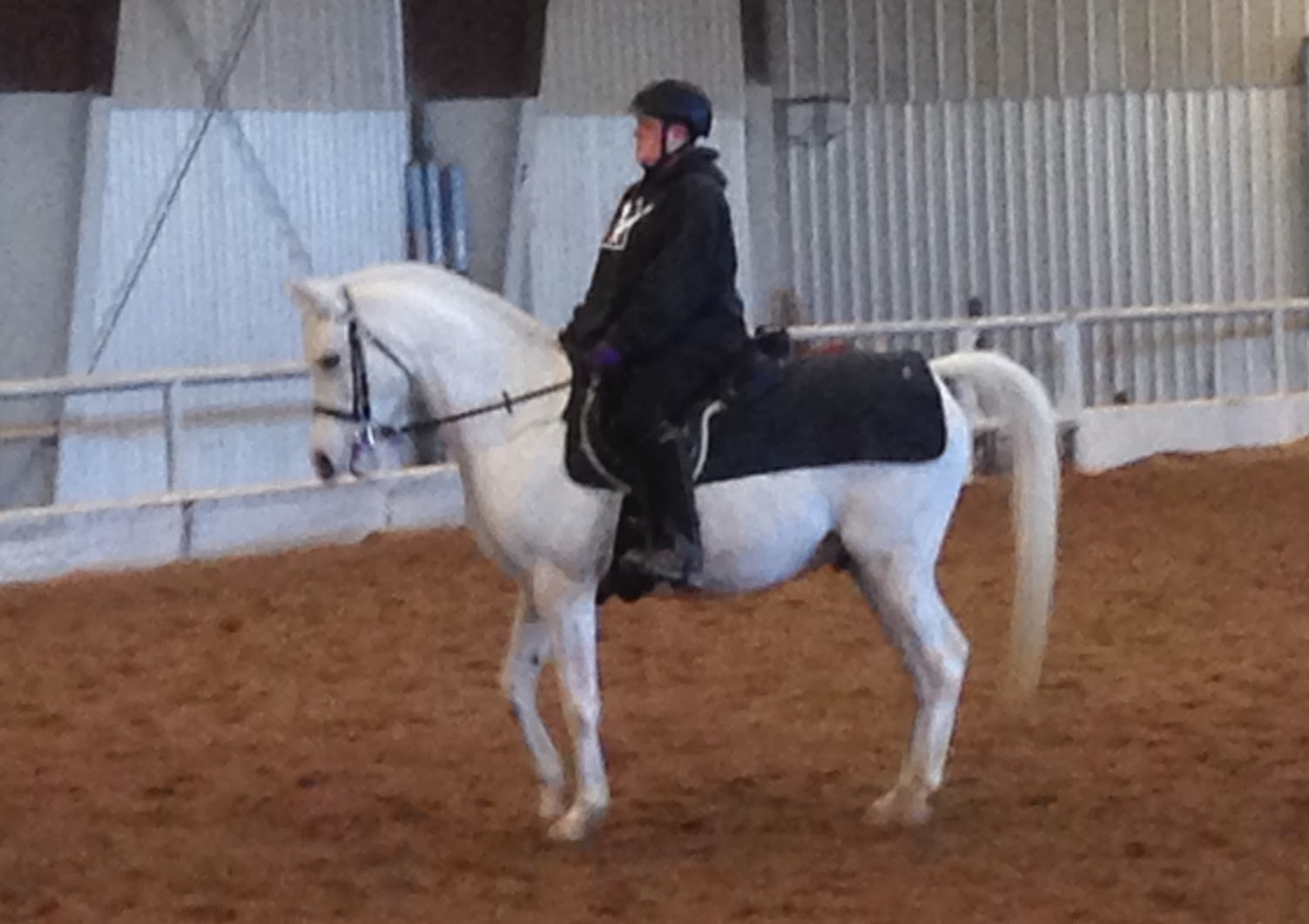 There were times when moving forward was not allowed. I am working really hard to get him to understand the stop part of riding. It is a difficult part for Arabians to grasp. 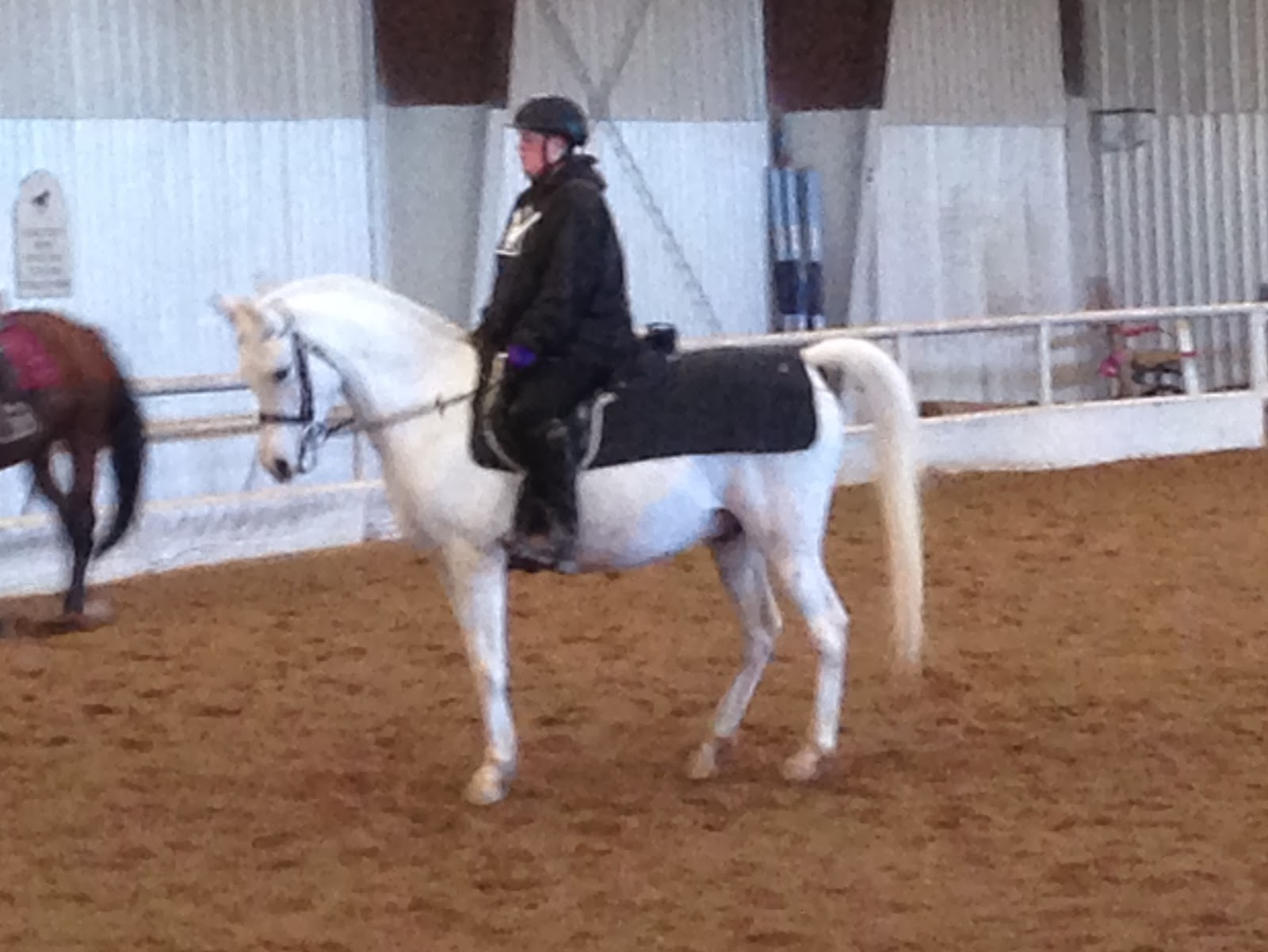 Ashke really just wanted to follow Cali around and pin his ears at all the other horses. Riding in chaos arena is soooo much fun. 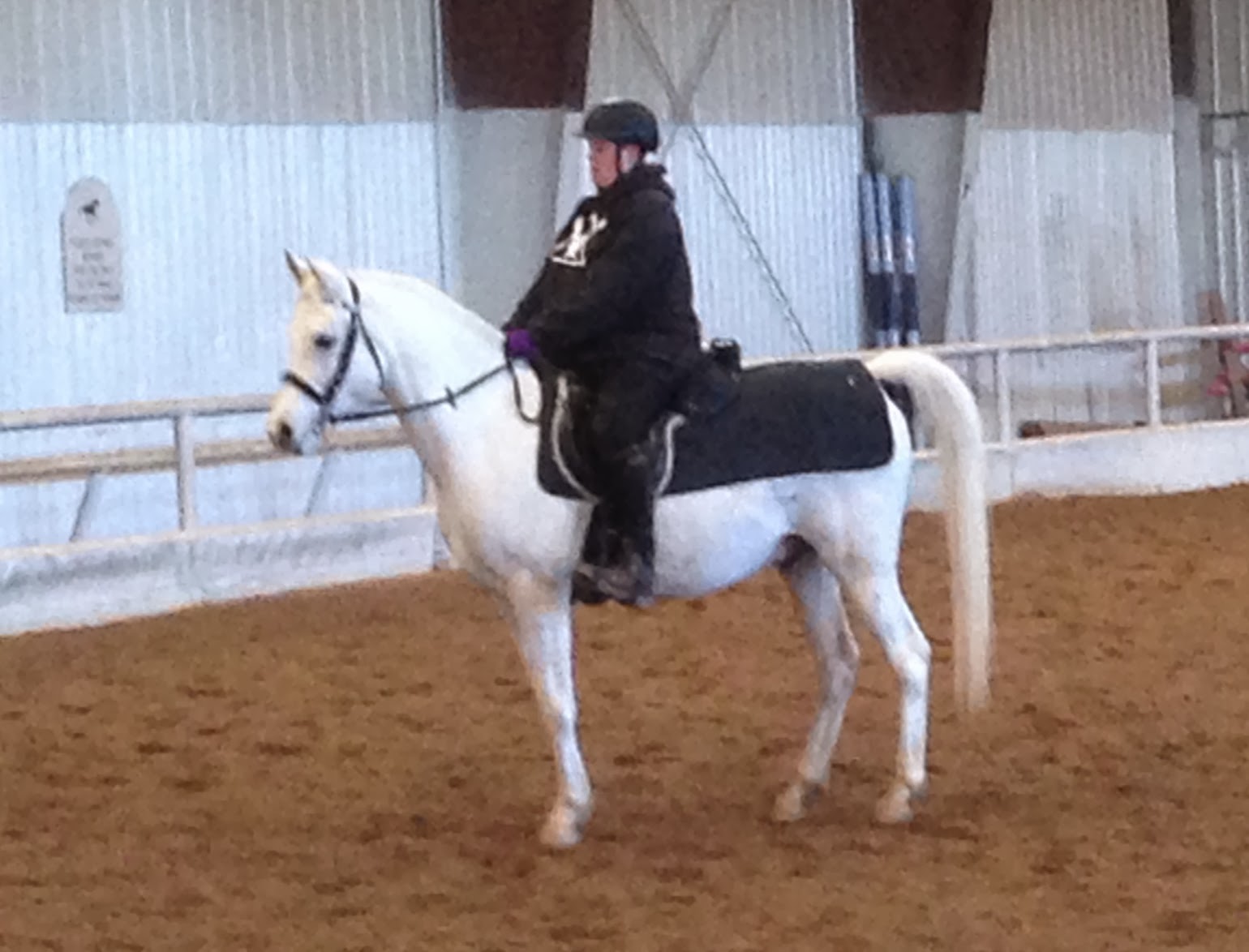 Finally, standing quietly. His front legs are a little under him, but he is gaining strength every day. 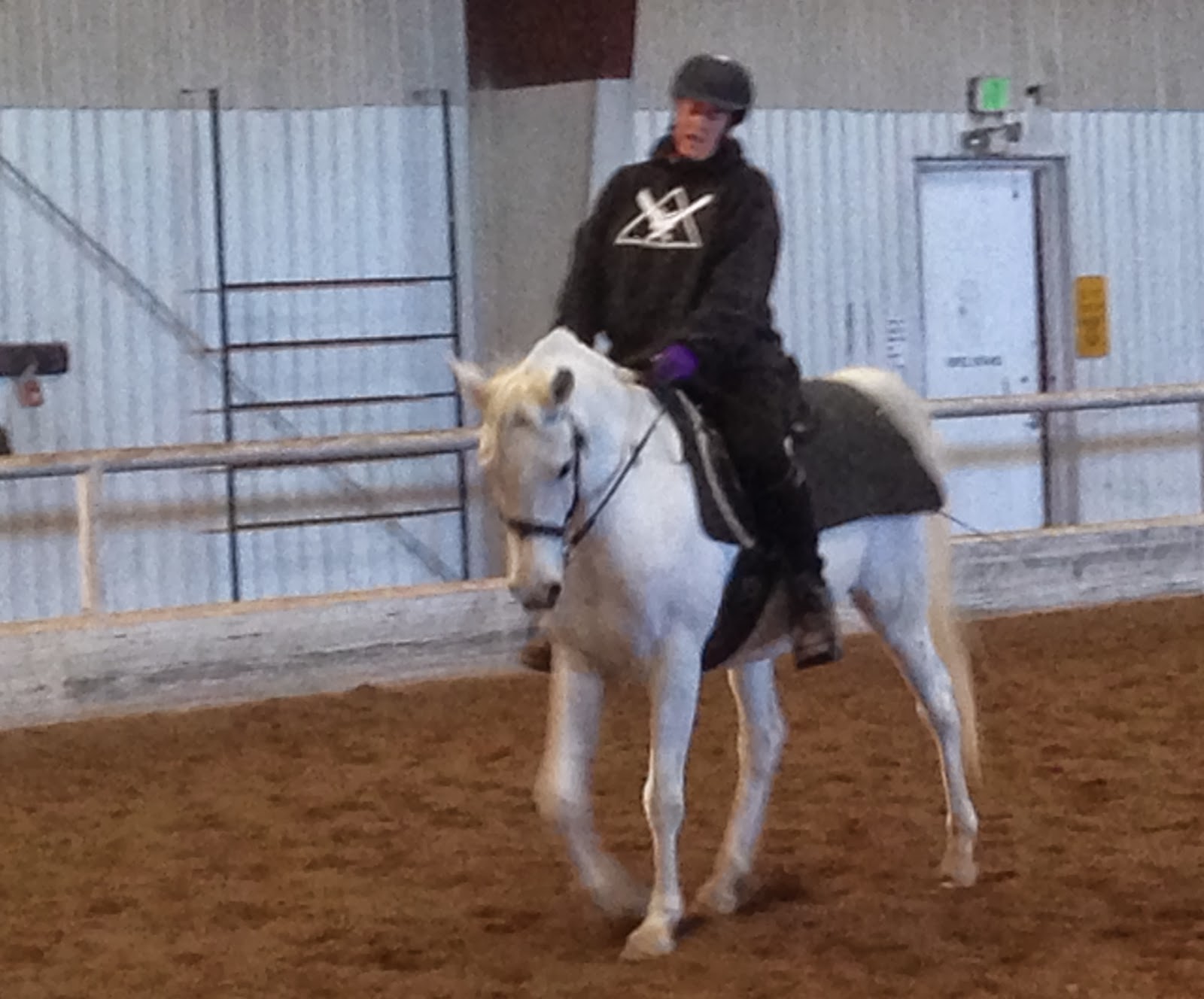 I love this picture. I am demonstrating the proper method of "stare sideways at the horse's head." 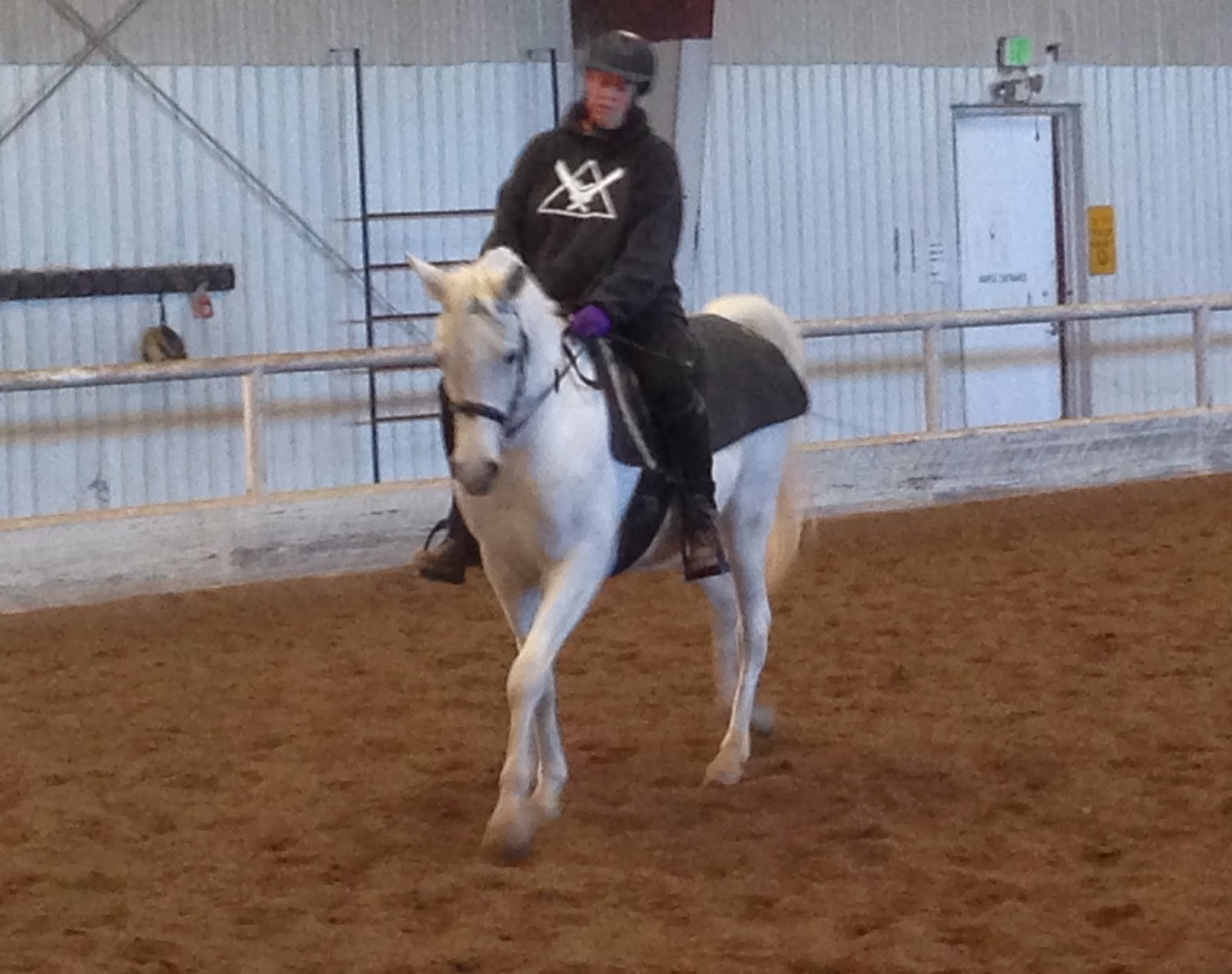 He tried really hard the rest of the ride. We moved forward to trot-canter transitions. His biggest step forward has been him listening to me once we move up into the canter. At our lesson on Wednesday, Cassandra pointed out that I was leaning forward and releasing all contact from the bit when I am asking him to canter, and then grabbing at his mouth once he is moving. No wonder the poor boy is confused about what I want. Leaning forward and releasing the pressure is something I learned riding rodeo. Today, I really made myself aware of the contact, holding it while asking him to canter, instead of jamming him. He was so much happier and so much less confused. And he reacted by actually giving a little bit.

By the end of our ride I was streaming sweat and he was actually sweated up a bit.

So, I leave you with this: