Some people believe that what you do and what you interact with on the first day of the year will set the tone for the rest of the year.

Despite the grey weather and snow, I braved the elements and drove to the barn. Once there I spent about an hour hanging out with Cassandra and N, talking and BSing. It was good.

N and I decided to take the Fairmount trail, but do a shortened loop (about 5 miles). The sun was shining when we got to the barn, so it seemed like a good time to ride out. (There were also lessons going on in the indoor, which really makes it hard to get a good ride in.)

We got tacked up, led the horses outside and went to get on. The wind suddenly started gusting, hard and cold into our faces. For once, I was the one who hesitated (usually I'm up for riding in anything). Having Ashke spook is really hard on my back and even though I was wearing my back brace, I was wary. As an aside, I have been having sharp lightning pain in my back for a while now. I think the truck ride down and back for Christmas put a lot of strain on my lower back and I am paying for it now. Not to mention I am out of the Rider's Rescue Rub.

N was up for going so we headed out. Ashke was very snorty. We have ridden this path a lot of times, but it really felt like this was the first time. He spooked at everything. Cali wasn't much better, but instead of spooking, she was striking out with her front legs and trying to rear. We finally made it through the neighborhood (thank you homeowner who thought a pink flying pig was appropriate Christmas decorations) and onto the bike path.

The bridge was terrifying. I felt like someone had shoved an air hose in my horse's ass and was filling him up. I swear I could feel him swell underneath me and I was wondering what would set him off. We minced across the bridge like we've never crossed one before. On the other side, we paused for a few minutes to allow Cali to find her mind and realize the large stump by the pathway, which has always been there, was not going to eat her. There was a small line of snow melt across the sidewalk. Ashke was snorting at it like it was an abyss. He stepped over it, looked down and then spooked straight up in the air. Freaking pogo stick horse.

We really should have turned around at that point, but we were committed to the ride, plus the cold had frozen all of our brain cells, so we continued on. We had a nice trot across the grass. Then spooked at the sidewalk, the metal pipes by the sidewalk and the creek. Cali saw a couple of cows in the pasture across the creek and spazzed.

We turned north onto the gravel pathway and made both horses trot. Ashke did pretty well, except he wanted to canter. At the far end of the path, we turned left to cut across the north end of the soccer fields and make it to the canal. The gates were closed and we couldn't get through. We briefly discussed the idea of going on, but the frigid wind and amped horses convinced us to turn around.

When we hit the gravel road, Ashke started to piaffe. Ok, I know we were still going forward, but he was trotting in place. He looked amazing doing it, but he felt like a powder keg. N asked if we could trot and I said we could provided we were careful not to let either horse run away. Ashke felt like he was right on the edge. We moved into a trot and Ashke started cantering in place. N immediately slowed down, telling me to sit deep and breathe. I was, but he was getting much more wound up.

Then he saw the flapping garbage bag and behind it the flapping tarp. I have no idea how we missed it going out, since we rode right by it, but there it was. Ashke did his spraddle legged spook and blew at the flapping stuff. I was done. I got off.

I may not get points for valor, but I do get them for my intelligent assessment of the situation. We hand walked the rest of the way home.

Both horses freaked out at the sound of the wind moving the powerlines. It sounded like a freight train to me and the world ending to N. Cali reared and kicked. It was fun. 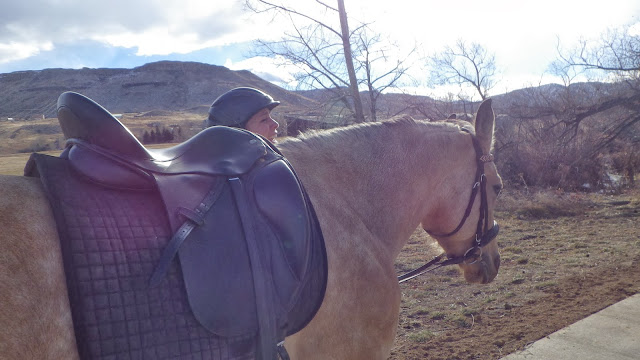 The only good part about walking is we could keep the horses up wind from us and it actually helped. I was much warmer. 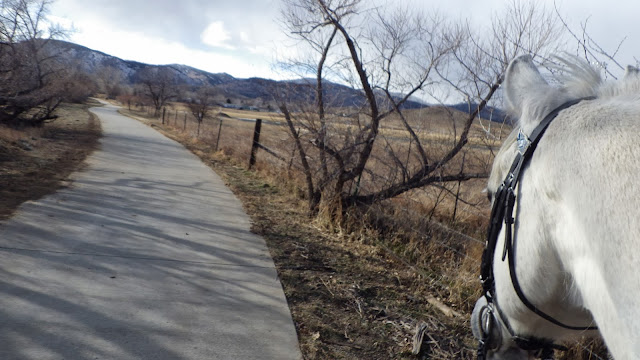 We spooked at flying weeds, waving tree limbs, and an old refrigerator. And garbage set out by the houses in the neighborhood. It was freaking cold. I had frozen tears running down my cheeks from the wind.

We did, however, make it back in one piece. Next time, however, we will work in the arena. If the wind hadn't been gusting it would have been a great ride. 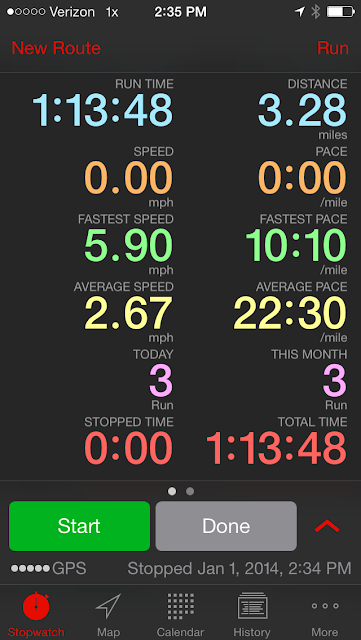 The time was a bit shorter than an hour. I forgot to turn it off when we got to the barn. 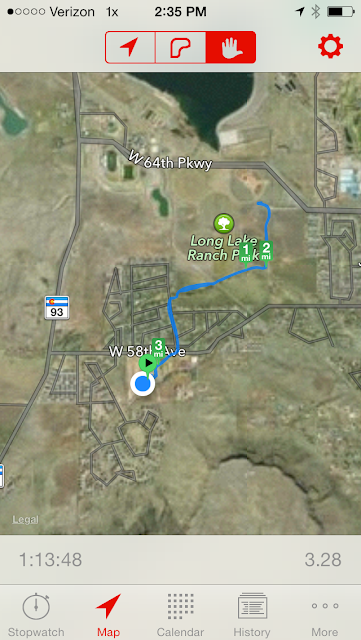