I have ridden three days in a row and the pain has finally caught up to me.

I could barely walk when I got off Ashke to lead him to the barn. My upper back and shoulders are painful to the touch, my lower back is en fuego, and my right foot is completely messed up. Additionally, we have a storm coming in and ever time the barometer changes all of the damaged and injured tissue in my body protests the change. I came home and took my last prescription pain reliever from the buck-off on June 13, 2012.  I am feeling much better now, but probably shouldn't be blogging under the influence of percoset. I love Percoset.

Pain is part and parcel of riding. I think anyone who doesn't have to deal with some pain when they ride is either 1) just starting out, 2) lying, or 3) see number one. Riding horses is a dangerous and sometimes deadly endeavor. It is definitely a break-your-body-apart type of activity. For me, it is also a time-to-get-your-lazy-ass fit again.

We started by trying to ride outside the arena.  The wind was blowing, but we were willing to risk it. We rode about a hundred feet up the driveway toward the mesa, between the shed rows, when we noticed the blue tarp at the far end of the drive was undulating in the wind. N and I both got off, which was very fortuitous. Three steps later there was a huge gust of wind that picked up a plastic yellow bucket and threw it against the back of Cali's legs. Cali did the maneuver called "Cat Walking on Water", then tried the "Octopus Spread and Scramble" which produces the illusion of a horse with eight legs. Finally, she finished with the "Double Barrel Kick and Hop". Thank all of the gods that we were on the ground when it happened, because it could have ended very badly. As it was, N had her hands full for a good five minutes or so. We opted to return to the indoor arena. 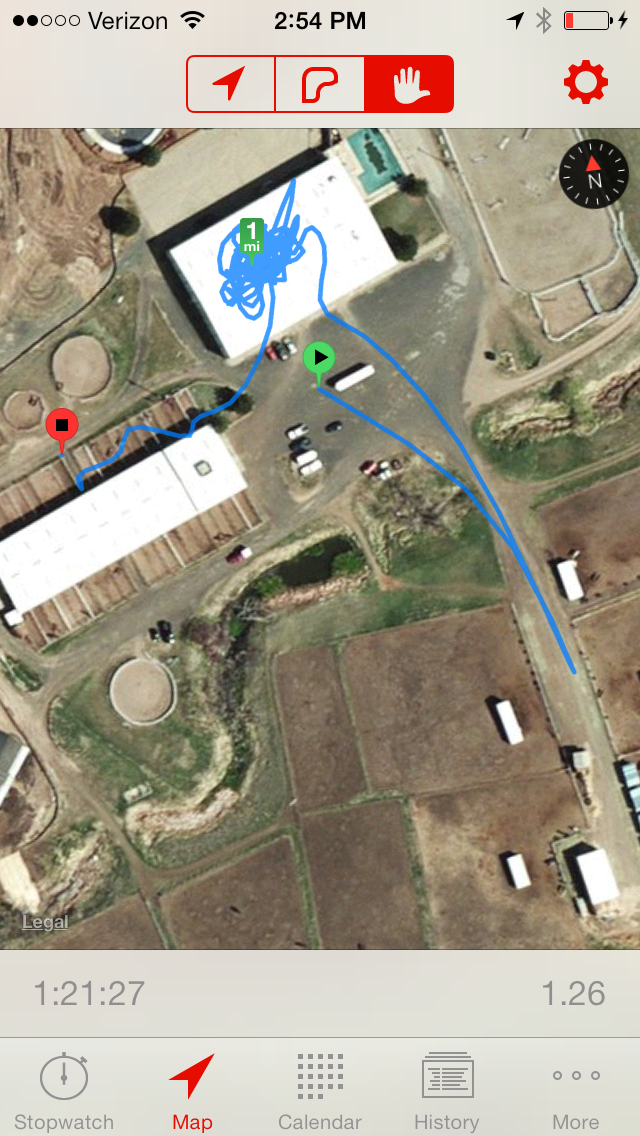 Anyway, our past three rides have been challenging. N has been riding with me and at this point, that's like riding with a trainer. So, I am taking formal lessons with Cassandra and then N is reinforcing those lessons during our rides. That's actually been really good this week, because she has been willing to stop and coach me through some of the stuff Cassandra showed me at the end of our lesson last Weds. 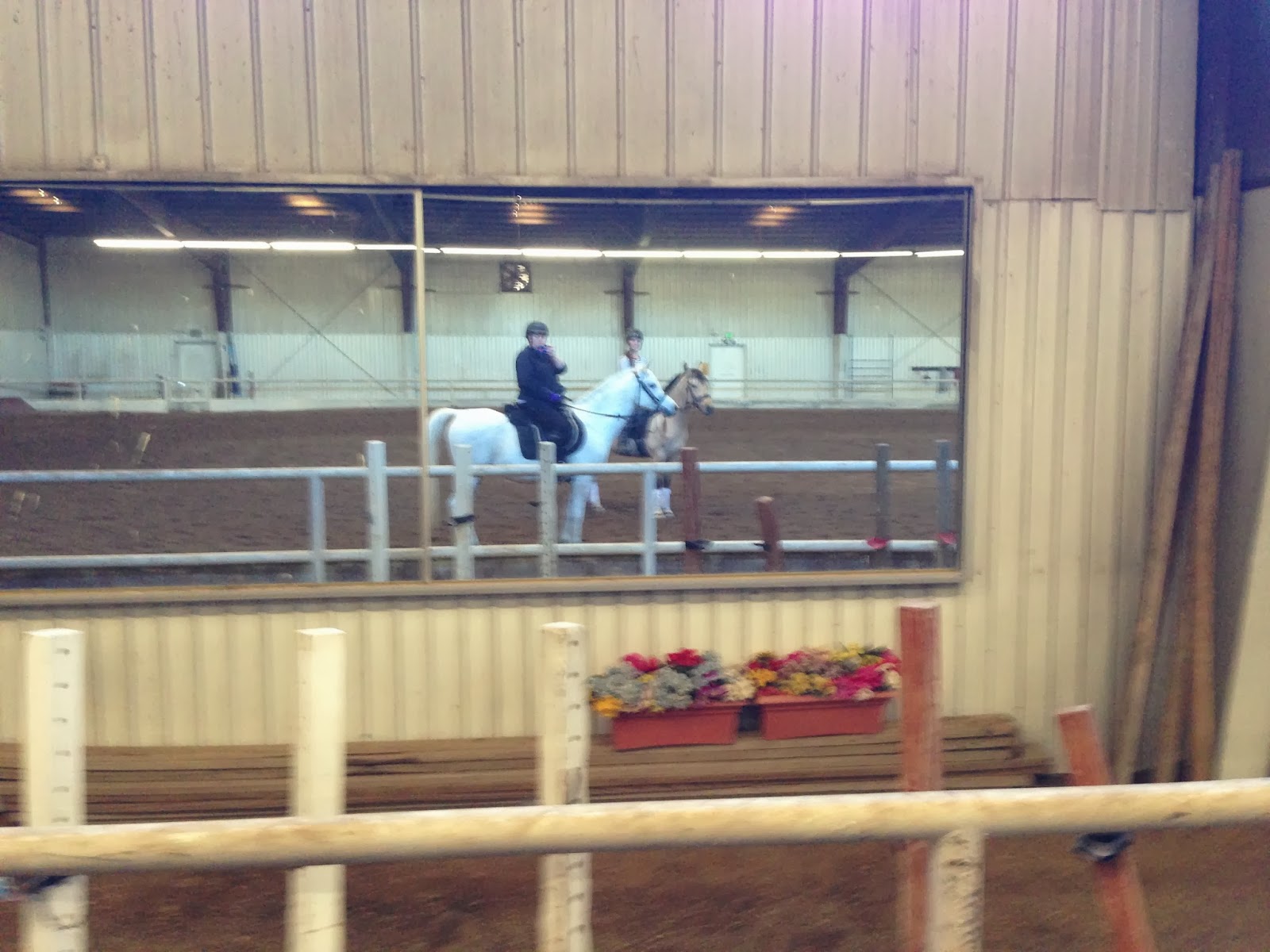 We cantered quite a bit in the past three days and I can see the pieces of the puzzle getting closer together for Ashke. Our only real challenge today was keeping him focused on me while we were working on bending through his rib cage. Pearl (Ghost Paint) who used to stall right next to him, came into the indoor and Ashke got completely distracted. We were trying to work in smaller circles at the trot and Ashke was counterbending with his head craned back over his shoulder. I finally had had enough and popped him with the whip on his inside hip. He totally threw a tiny little fit and fell into it. N came over to talk me down, if needed, and then suggested we work on a tiny little figure eight. We did and it got a lot better. He listened and was trying very hard to do what I was asking him. 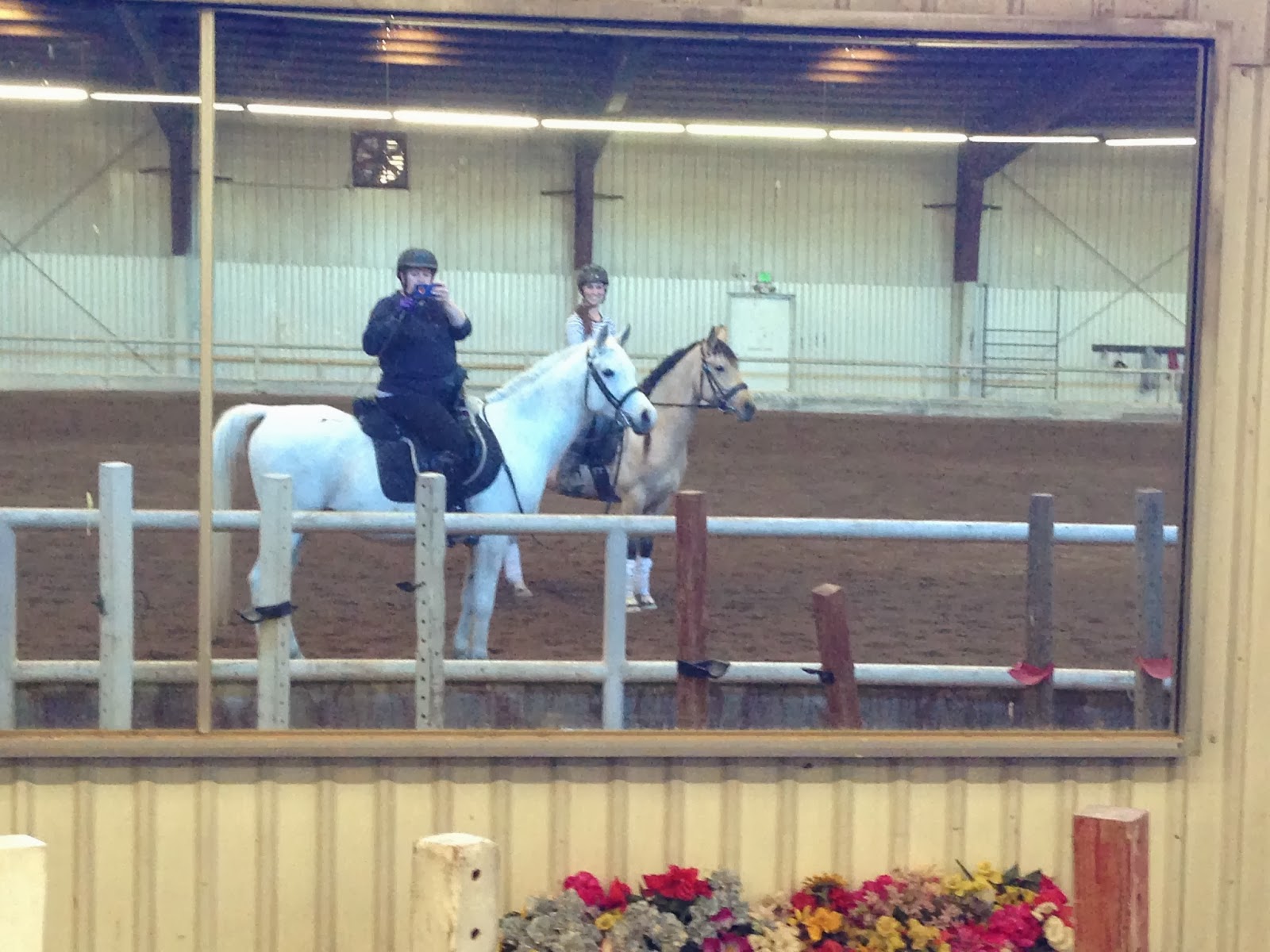 After working on smaller circles at the trot and walk, I went back to the canter. He was moving very nicely, riding with his head lower, and then it felt like he kicked out or bucked. I stopped and talked to N about it, because it is something Cali does in protest, but not something Ashke has ever offered. N said it might be due to him feeling somewhat claustrophobic because I was holding him too tight. She said it was understandable, since fighting him to keep his head down and not bracing at the jaw was something we've been fighting about for a while now. She had me canter again and talked me into releasing some of the pressure. He lowered his head, but relaxed more at the canter, rolling along with me. It was very nice.

The consistency in our riding, both from what we are working on in the arena and the number of days we have been doing so, is beginning to pay off. He is making strides between riding sessions. I'm very pleased. If I can keep him engaged and be consistent in what I am asking him to do, he should be able to finish this part of the puzzle soon. Winter is not my favorite time to ride, but I can see the progress we are making and know by the time we hit the trails in the spring, he will be leaps and bounds above where he is now.
Posted by Cricket at 3:50 PM