Math, The Universe and Everything

When Tristan was in kindergarten, when you asked him what he wanted to be when he grew up, his answer was always a scientist. He had dreams of grandeur involving fast cars and magical devices he would create that would make time travel possible, or space travel possible or things blow up in a messy fashion. There was no limit to the things he could do with science, because at its core is math and he had been raised to believe math is easy.
It started when he was eighteen months old. We were visiting a friend who is an educator and she said that math is made more difficult for kids because they are told over and over that math is hard. They internalize that fact and so when they start math in pre-school and kindergarten, they expect to struggle and since parents were also raised on the idea that math is hard, they expect their kids to struggle. It’s a self-fulfilling cycle. My friend started teaching Tristan that math was easy at eighteen months.
J: “Tristan, are you ready for a math problem?”
T: “Yes.”
J: “Ok, listen carefully, there is a parking lot with a 100 cars in it.” Tristan nods. “4o of them are blue, and twenty of them are yellow. The rest are red. Are you ready for your math question?”
T: “Yes.”
J: “What is your name?”
T: “Tristan!”
J: “Good job, See? Math is easy.”
We continued that process for years, right up until he started in first grade, and then the ground work we had laid came to fruition. Math was easy. I really loved the math process at the school he was attending. They had a page of math that they did every day. They completed the front page in class and the back page at home. The page had a counting and tallying problem, a graphing problem, an addition problem (which progressed in difficulty as they went up in grade), a word problem, a geometry problem and a money problem. One of every kind of math he might experience. They were easy for him. He excelled at math in first grade. 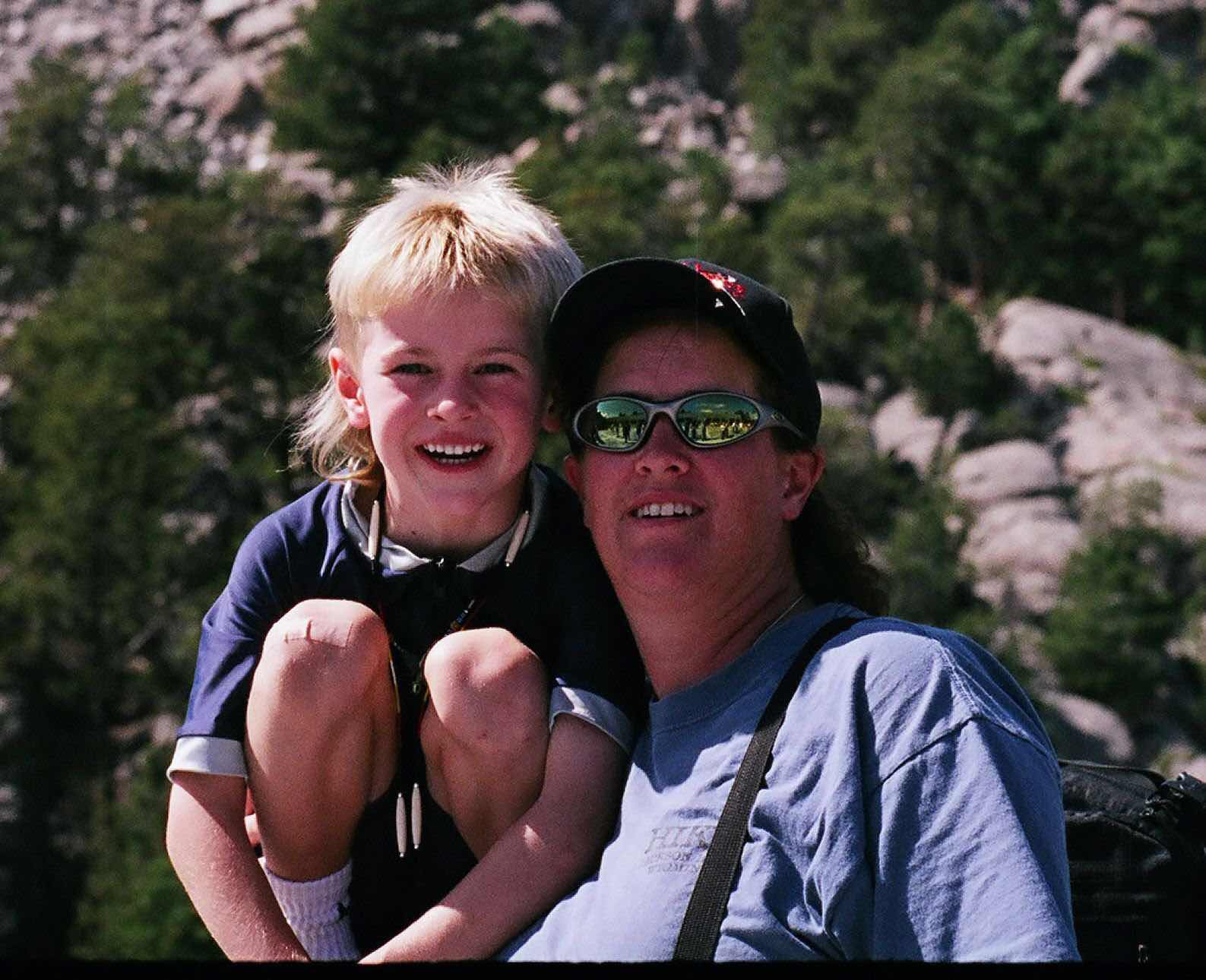 Crazy Horse Monument, Black Hills, SD
Can I tell you that the most influential person in your child’s life, after their parents, are their teachers. We ran into our first roadblock in second grade and although I have no proof, I believe Tristan’s issues stemmed from the fact that he had two moms. He was in a second grade class that operated in a very fucked up manner, excuse my French. The teacher had the kids arranged in five rows of five students. Every day she would call up a row to drop off their math homework, sometimes two rows. She never picked Tristan’s row. She would rotate the students every week and go through the same process. By the time I was fed up with the amount of homework he had in his backpack, Tristan had sixty pages of math he was supposed to be keeping organized and zeros on all the assignments. He got pretty tired of me asking if he had been called to turn in his work. By the time I figured out what she was doing, it took us over an hour after school to organize and turn in all of the paperwork. She said it must have been an oversight on her part that he was never called up. It had been more than two months. Shortly after that, he was sitting in our bed working on his homework and suddenly said to himself “you are so stupid.” I was flabbergasted because we knew he had never heard those kind of words from us. I was in the principle’s office the next morning and he was pulled from the class. 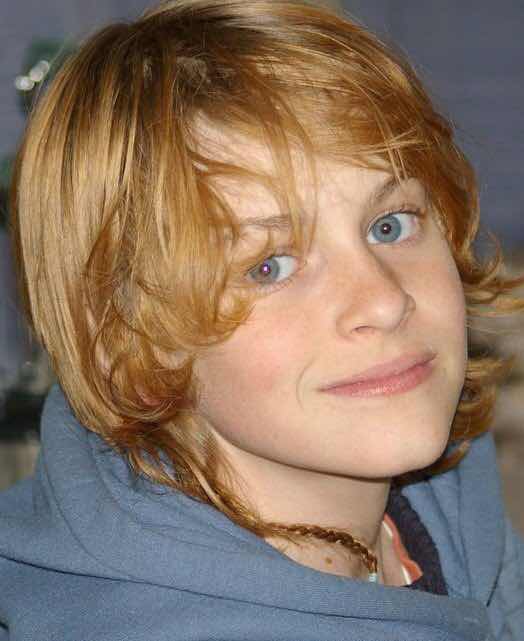 The eyes on this child.
In seventh grade, he had a math teacher that he did not mesh with. Part of the issue was her very strong accent, which he struggled to understand, and partly it was her attitude toward the students in her class. This generation understands respect and cooperation, but they will not tolerate being bullied, especially by people in positions of authority. This woman used derogatory language, passive aggressive approaches and dismissive, disrespectful attitude. Tristan had a real problem with her approach.  He was not the only one. There were a group of students that did not do well in her class, all of which were considered “advanced” math students, so that group was pulled out and put in a study hall where they did their math as a self-directed, self-taught math class. Basically, math was an independent study in seventh grade. They had each other to help, and the math program was an online study program, so I got access to the website and taught Tristan myself. It went okay, however, I was not cut out to really be a teacher and never had the desire to homeschool, plus math is not my strong suit. But we got him through with solid A’s, which landed him in the Honors class in eighth grade.
In eight grade it did not bode well when I told the teacher he had been in basically an independent study the prior year, and she responded by saying that was great since she was pretty hands off in her teaching style. This was an Honors Math class, which was a Freshman level Algebra class for HS credit, and it did not mesh well with him. He did okay until the final exam, but he really didn’t excel the way he had earlier in his math process. It think that due to his earlier experiences with math specifically, he was finding the self-taught path difficult to manage, especially as the math got harder. It was his first C in any class up to that point.
But then he met Ms Stewart. She was his geometry teacher and under her tutelage he excelled. He loved geometry and his confidence began to rebound. He knew math was easy and once again he was finding it so. She was an amazing woman and one of the main reasons he finished HS. Freshman year was awesome in the math department, and his desire to be a scientist soared. She taught exactly the way he learned and he seems to have a knack for geometry, remembering the formulas and intuitively understanding the math. Life was good again.
Then, in his sophomore year, he took Algebra II Honors with a teacher who had a flipped classroom. This meant that the students were given a study guide they were supposed to follow, with test dates and homework assignments. They were to watch math videos at home and learn the math, then come into class to do the homework. The teacher than went from student to student and spent two or three minutes a class helping them with any problem they might have. It was an unmitigated cluster fuck of a classroom, with no shared classroom teaching experience, since Tristan was trying to stick to the schedule he had been given. He started going to Ms Stewart’s classroom at the end of school and getting her help to understand the math. He worked hard, but it never really sank in and he barely passed the class. His understanding and comprehension of Algebra was damaged, as was his self-confidence.
The following year, he took the most difficult math class on the school schedule and excelled. Trig and Pre-Calc was a cinch, since he was back in Ms Stewarts class and he passed a much harder math class with high A’s. I tell you, a teacher can make or break a student.
In his senior year of High School, he decided to become an Aerospace Systems Engineering Technology major and build rockets for Space X. Guess what that requires? You got it - Algebra. It is a Core Math class that all students have to pass. Guess who struggled with it his first semester? 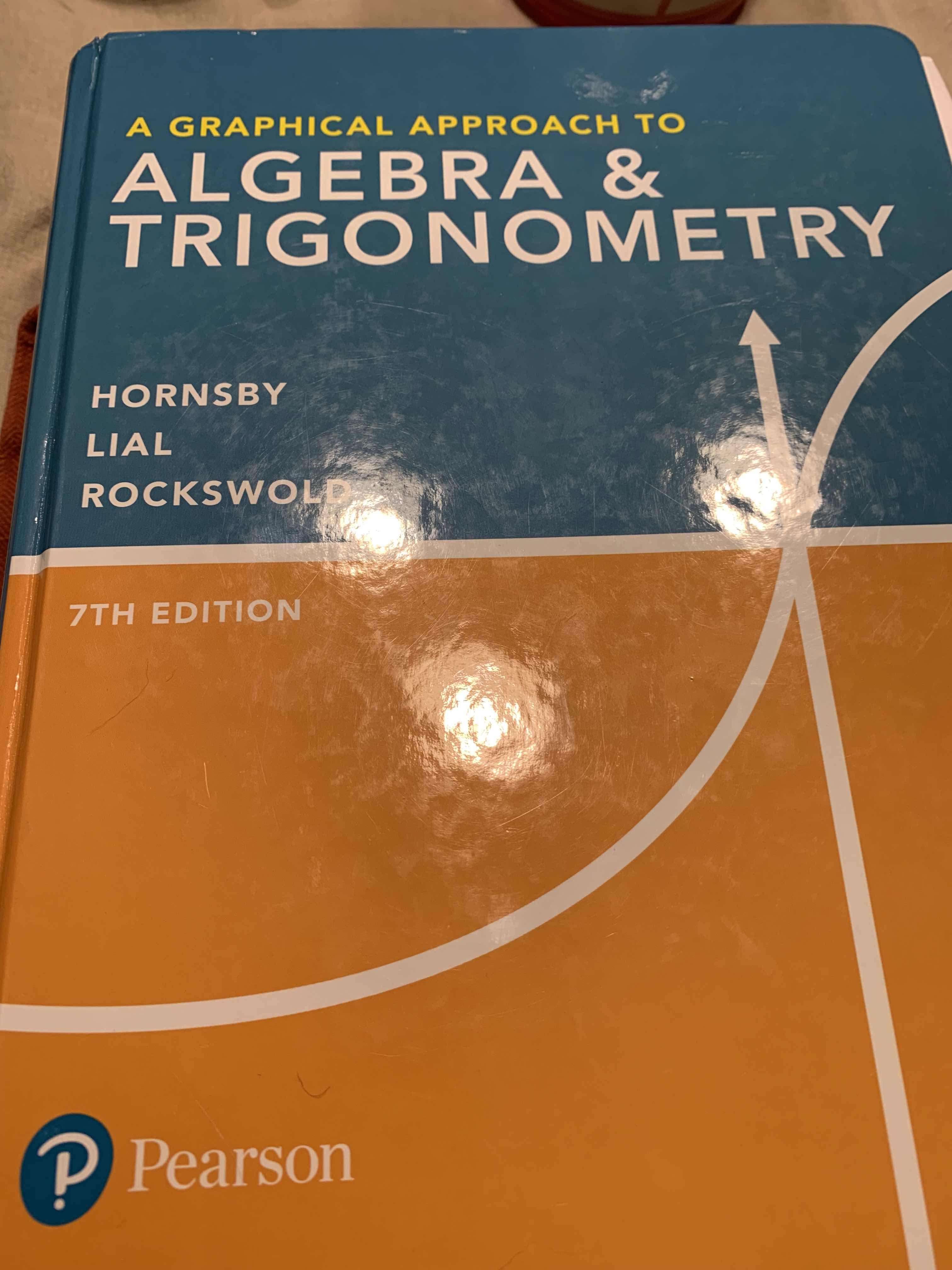 College Algebra. Not for the faint of heart.
Let’s just say, it would have been better for all of us if he had withdrawn from class before the last drop date. We missed it by one day. At the point that he tried to drop, he had a 30% in the class and had zero hope of passing. We determined that there was no way at that point he could bring his grade up and so he stopped going to class. We reenrolled him in the same class this semester and I promised to help him figure out the math. One way or another. Have I mentioned that I struggled with Algebra for Business (a watered down version) when I was in school? I am determined to figure it out and drag him screaming through this class.
I have helped him review the math he has been taught so far. We have worked through most of Chapter One. It’s been hard finding the time to go over it because schedules have been really upside down, but so far he has scored a 90% and a 100% on his two quizzes. He had another quiz yesterday and so the night before we needed to review. He was working until almost eleven and I have to be up at 5:30. It didn’t work out to review on Friday (his other day off) because we were both fried and brain dead at the end of the trip to Vail. I went to sleep on the couch about 8 pm, woke up when he got home and helped him review for almost two hours. By that time we were both tired and making stupid mistakes with the math, so it was time to be done. I was not confident that we had reviewed enough for him to be solid in his understanding, but I have come to the conclusion that he KNOWS how to do the math. He knows. The biggest issue is that he does it in his head, or he skips steps, or sometimes he really is genuinely confused by a process, but once shown he has it down. I hoped for the best, knowing we really didn’t have time to do any more. 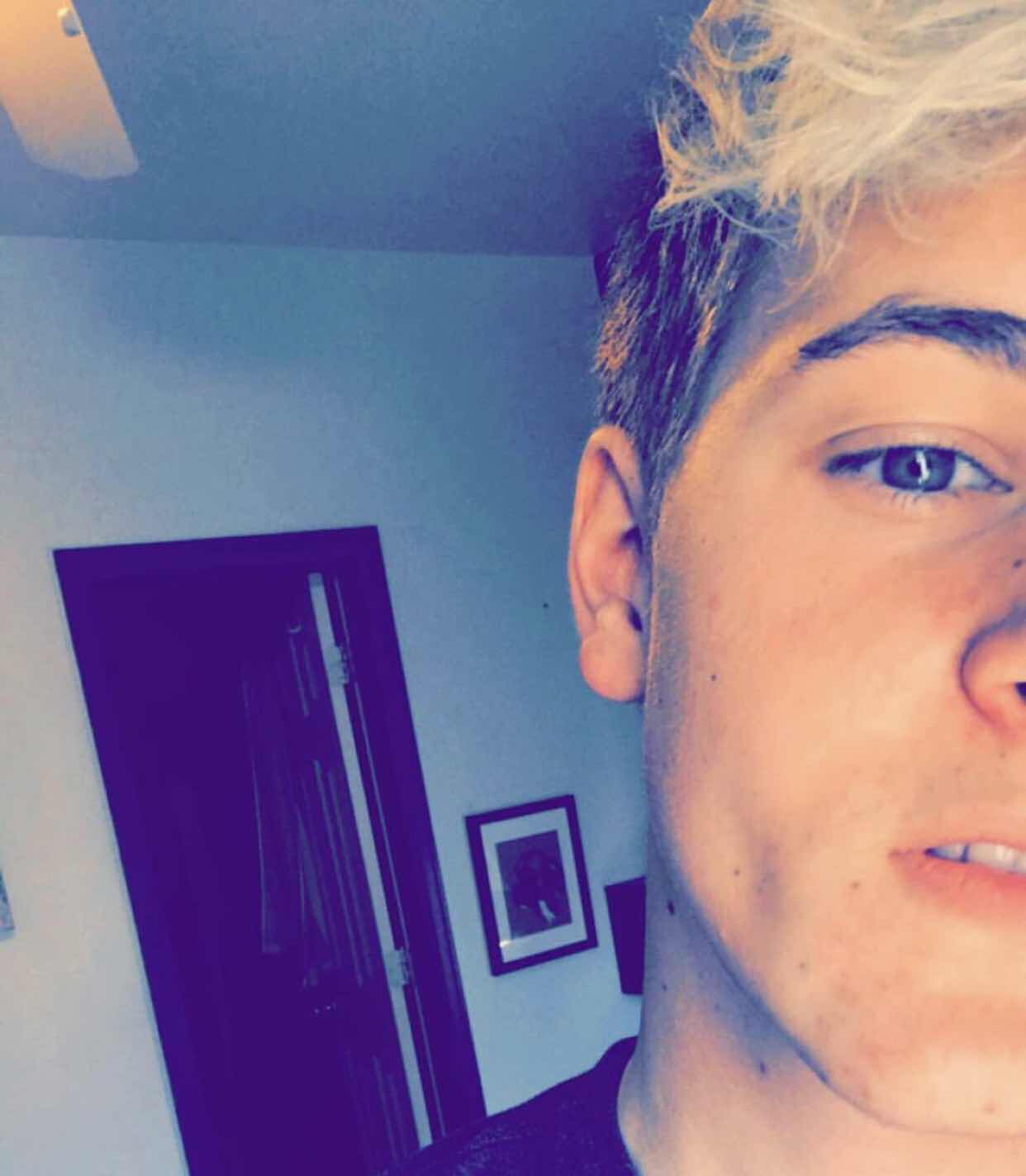 He texted me from class right after the test.
I LOVE YOU
MOM
Guess
What
MOMOMO
GUESS WHAT
Answer me
(I was trying to work and he is impatient, to say the least) I asked him what was happening.
Guess
Who
Pulled
All of the questions on the quiz
From the same homework
We did last night
Literally
Literally, three of the four questions were problems we had worked the night before. Exactly the same problems. He got three of the four questions right. The fourth threw him but I haven’t had a chance for him to show me how he solved it, so I don’t know how he did on that one. But the other three he aced. Sometimes the universe takes a hand. The questions we worked that were on the test were not assigned homework, but problems I had picked at random for him to practice on. He was so stoked, he was beside himself. It made the lack of sleep, the vertigo and the math all worth it.
I vow that by the end of this semester he will believe in his ability to do math again.