Affection takes all forms. For Ashke, he does a myriad of actions: rubbing his face on my chest, shoulder or back; pushing me with his head; nipping at my pant leg or trying to bite my shoe. All of it is a request for attention. Sometimes he can be very obnoxious, especially now that he’s discovered I will scratch his withers for him. Ashke is a very mouthy horse. That said, he is also very careful to not touch my skin. He’s only really caught skin twice in seven years. The first time was the first day he was home and caught my forearm. The second was when he had smashed his face and snapped at me and caught my bicep. Neither was more than a pinch, although the first one hurt quite a bit.
Saturday after riding I was standing talking to some friends and Flambé caught this sequence on her camera: 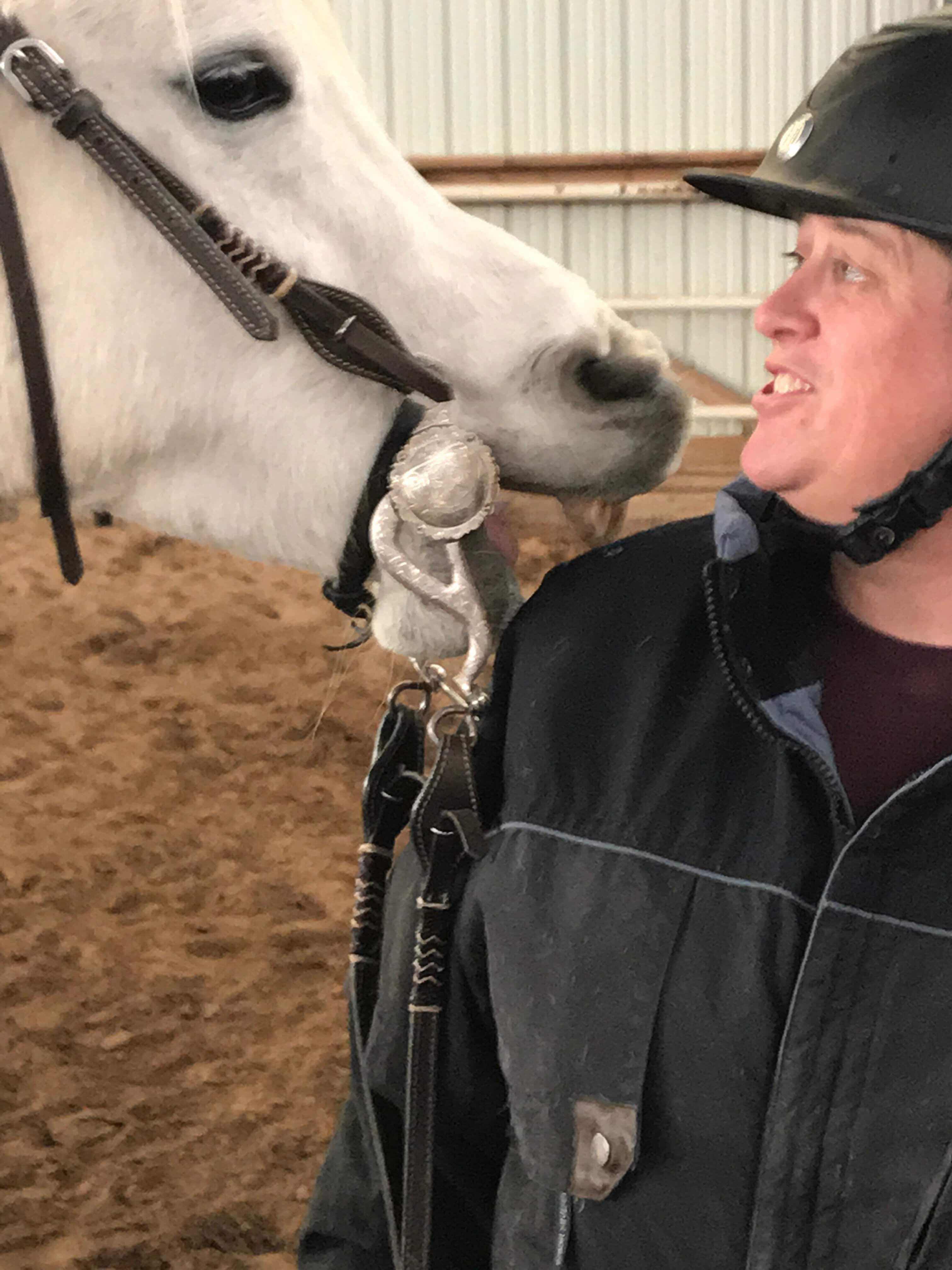 I don’t know which one of us looks sillier 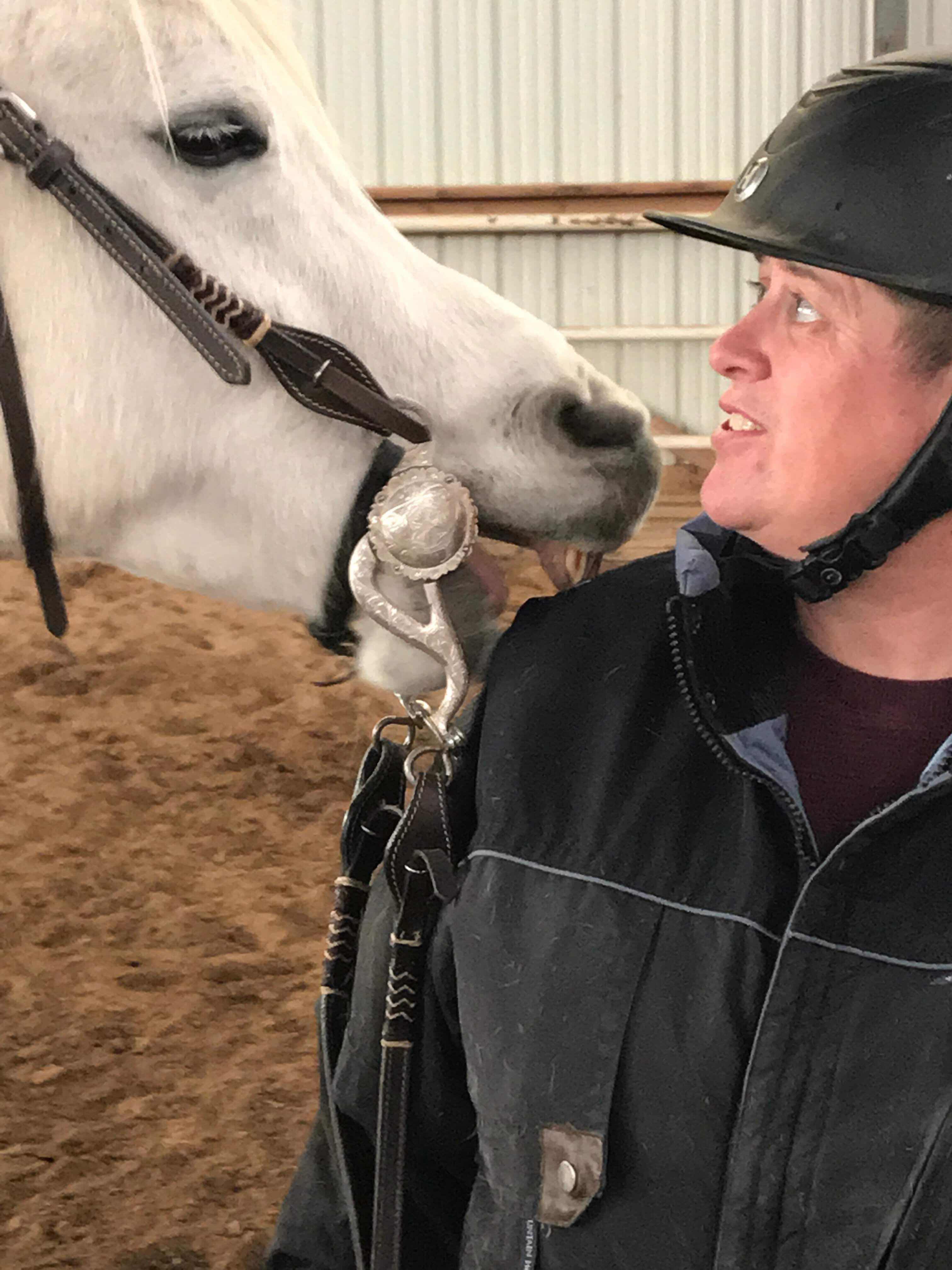 The sequence was caught with a burst photo option 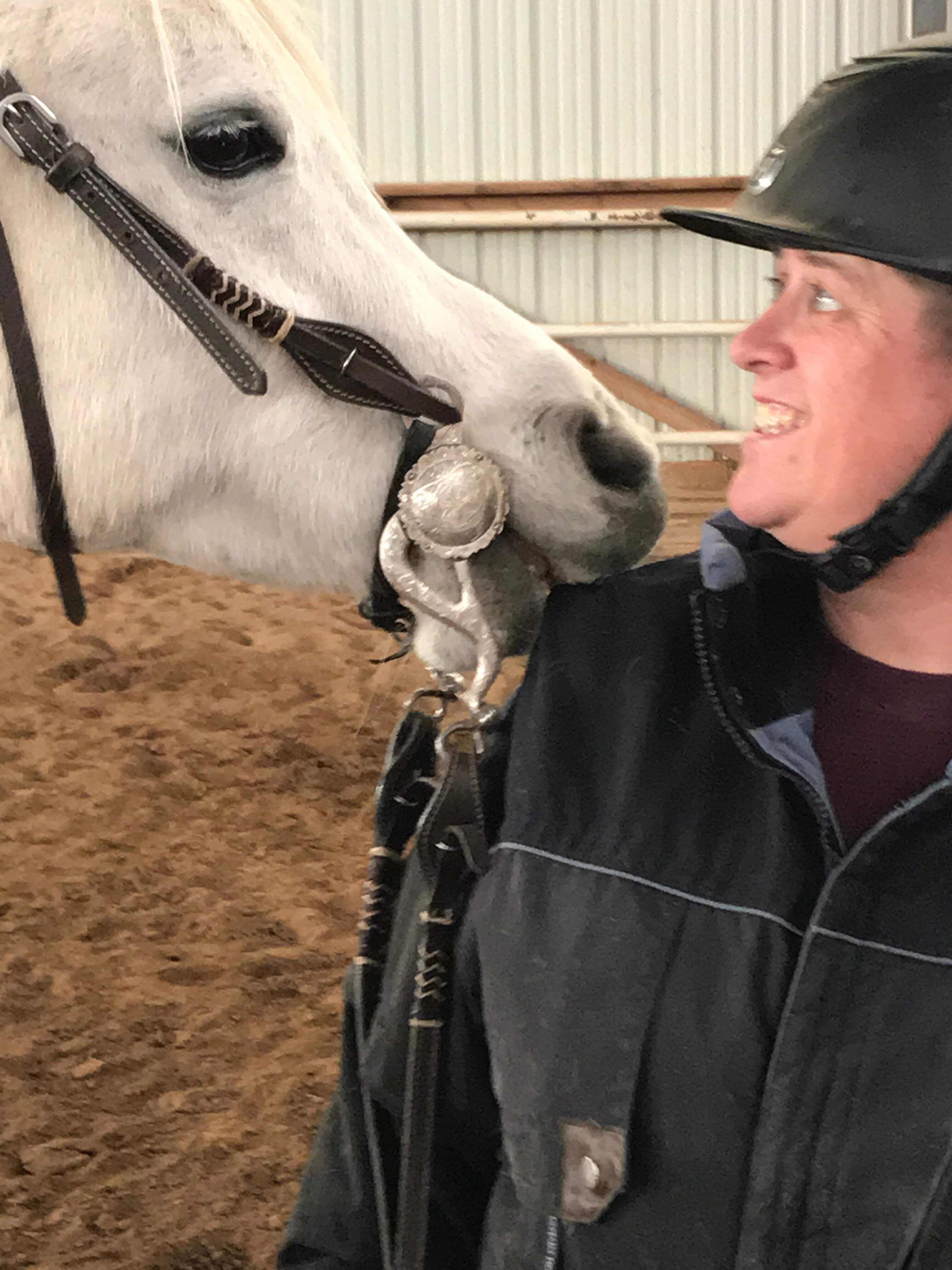 Just has the smallest bit of material between his teeth. 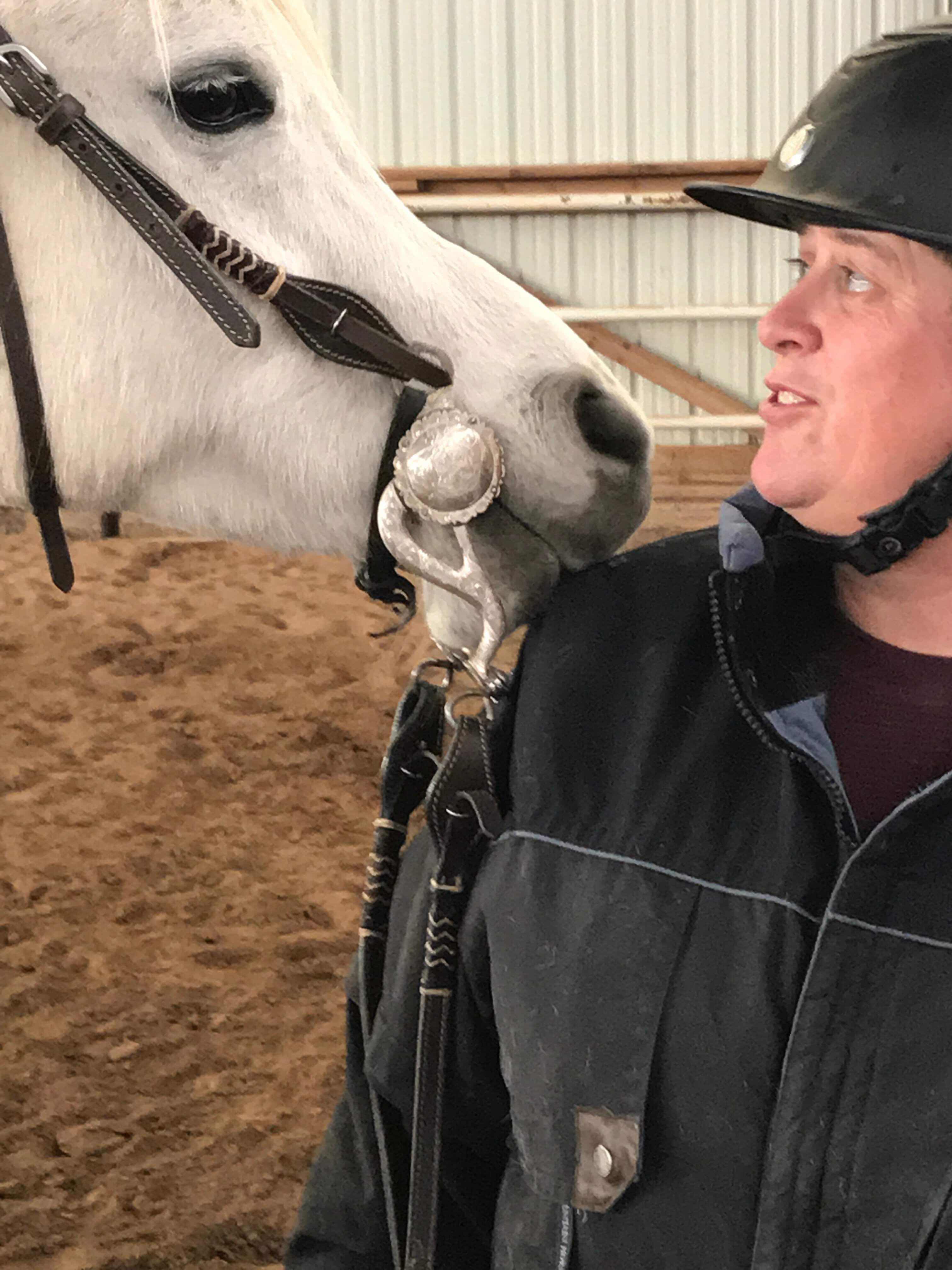 Still has a hold of me. It’s kind of like holding hands.
Mostly.