My professional life was pretty weirded out by the ex employee who called today and said that although I had forgotten who she was, she had not forgotten what WE did to HER, and that someday she would get retribution. Mind you, I’ve never met the woman, never spoke to her in person, and she worked for us less than two months in 2016. Come to find out, these type of calls from this woman are commonplace amongst the managers of our facility, and that she has gone so far as to tell one of our managers she was going to kill, cook and eat him. WTF is wrong with people? I kind of felt like I should be eating lamb chops while listening to her. (Yes, it has been reported to the authorities. Yes, we have security at the plant. I guess she is a wily thing that knows how to spoof numbers and isn’t considered a big enough threat to actually track her down.) Saiph suggested that bath salts could be involved, which would explain a lot.
I managed to pick up a screw in my tire and when I came out of work, the front left tire was totally flat. I have to say that the experience of changing a tire in snow and 8 degrees was one I could have done without. Thankfully, I have stuff in the car that I could use as a mat to kneel on. The new parking brake system in the Subaru may be my only complaint about the car. It didn’t set the first several times I tried, although I didn’t realize that until I went to pull the tire off, pulled the car off the jack and had it roll backwards. Thankfully the axle caught on the inside edge of the tire, which kept it from crunching on the ground and allowed me the space to get the jack back under the lift point and rejack the car up. That really sucked. I’m also thinking I may have bent the jack, when the car rolled. Does anyone know of a floor jack that folds up and fits in the small pocket where my car jack resides? 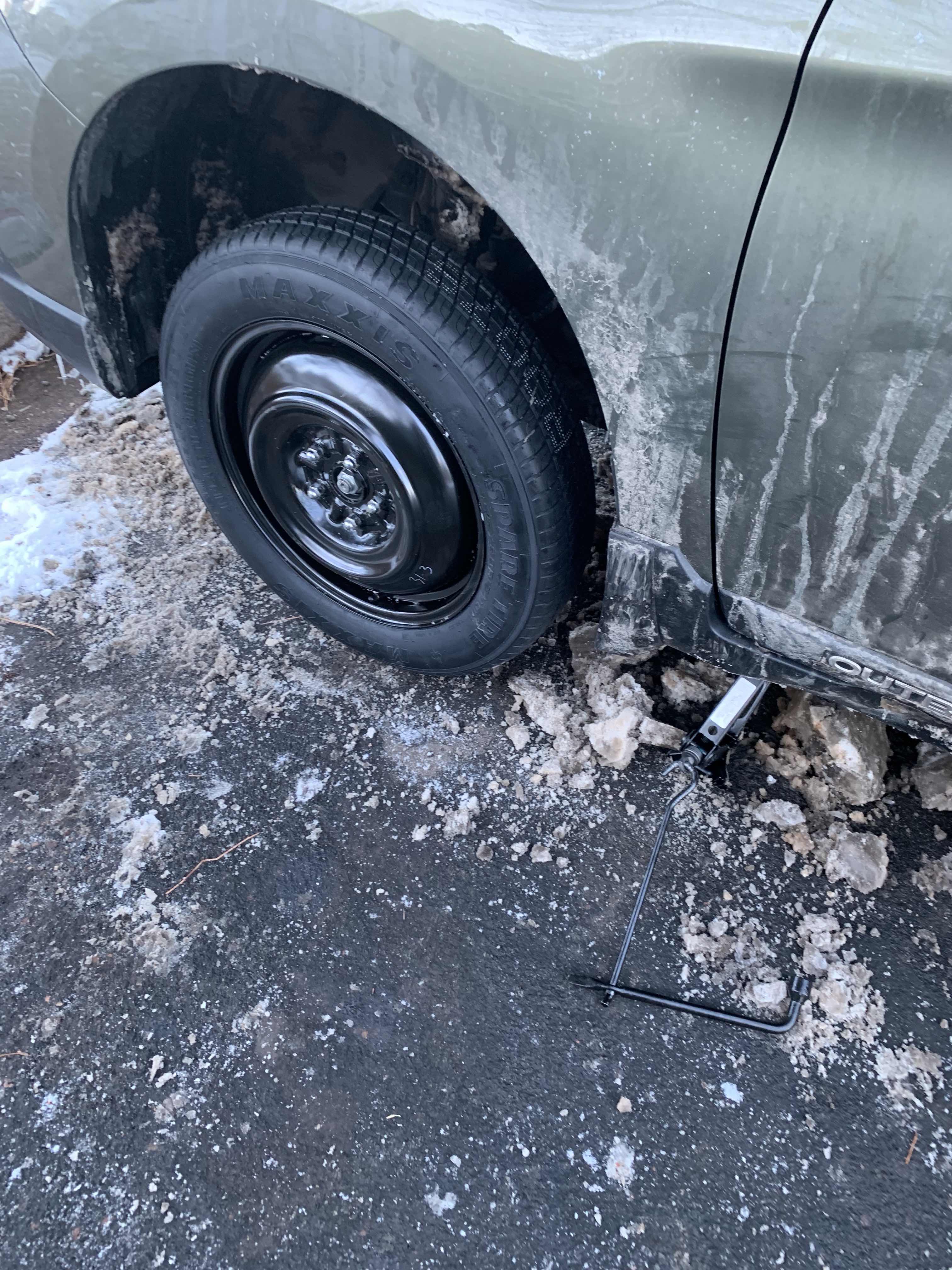 It didn’t help that we were on a hill and the snow was not very cooperative. 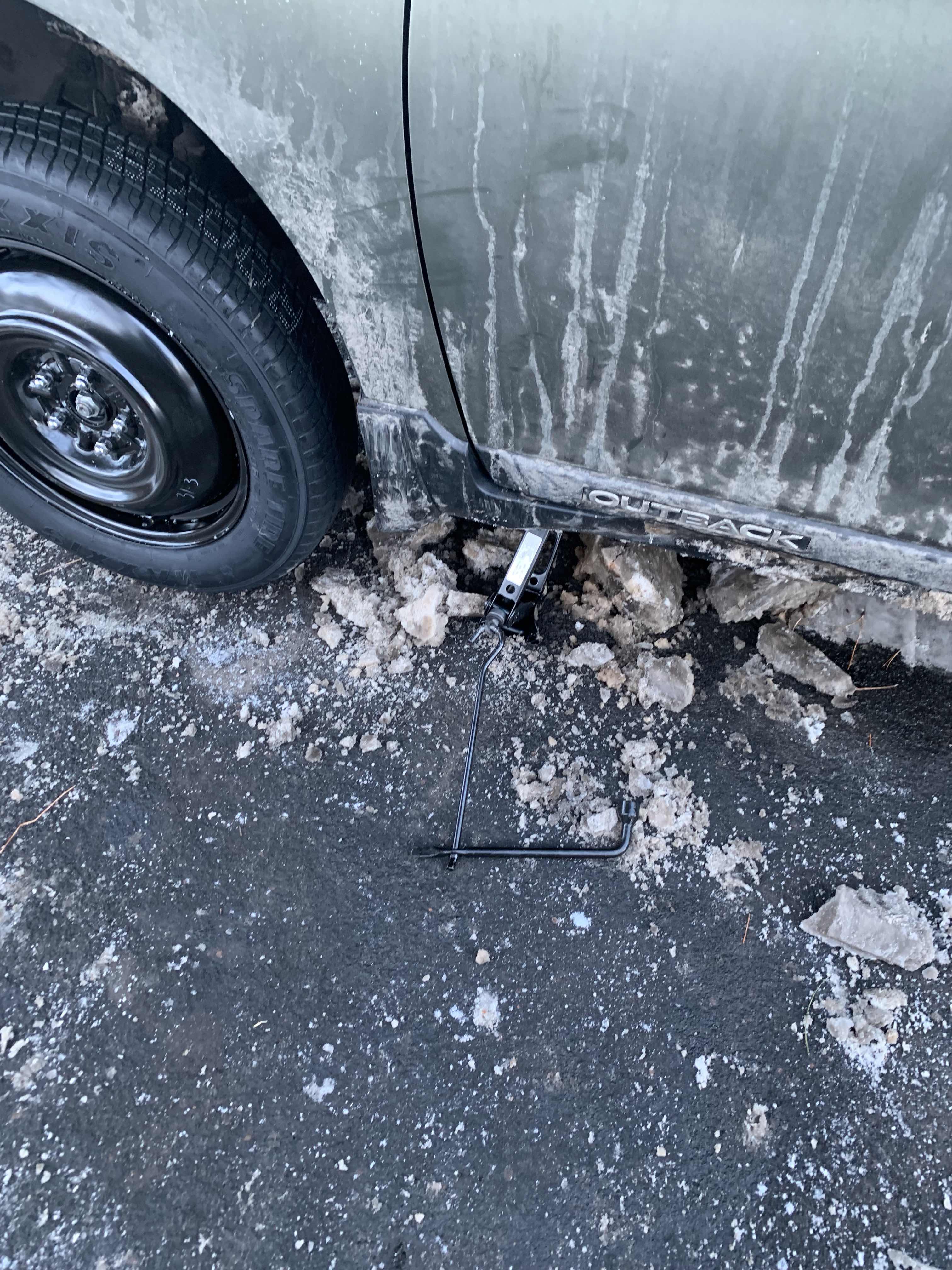 I have the tire on and the lug nuts tightened, just have to wrestle the jack back down.
The good news is that it only took about twenty minutes and I had waterproof gloves in the car. 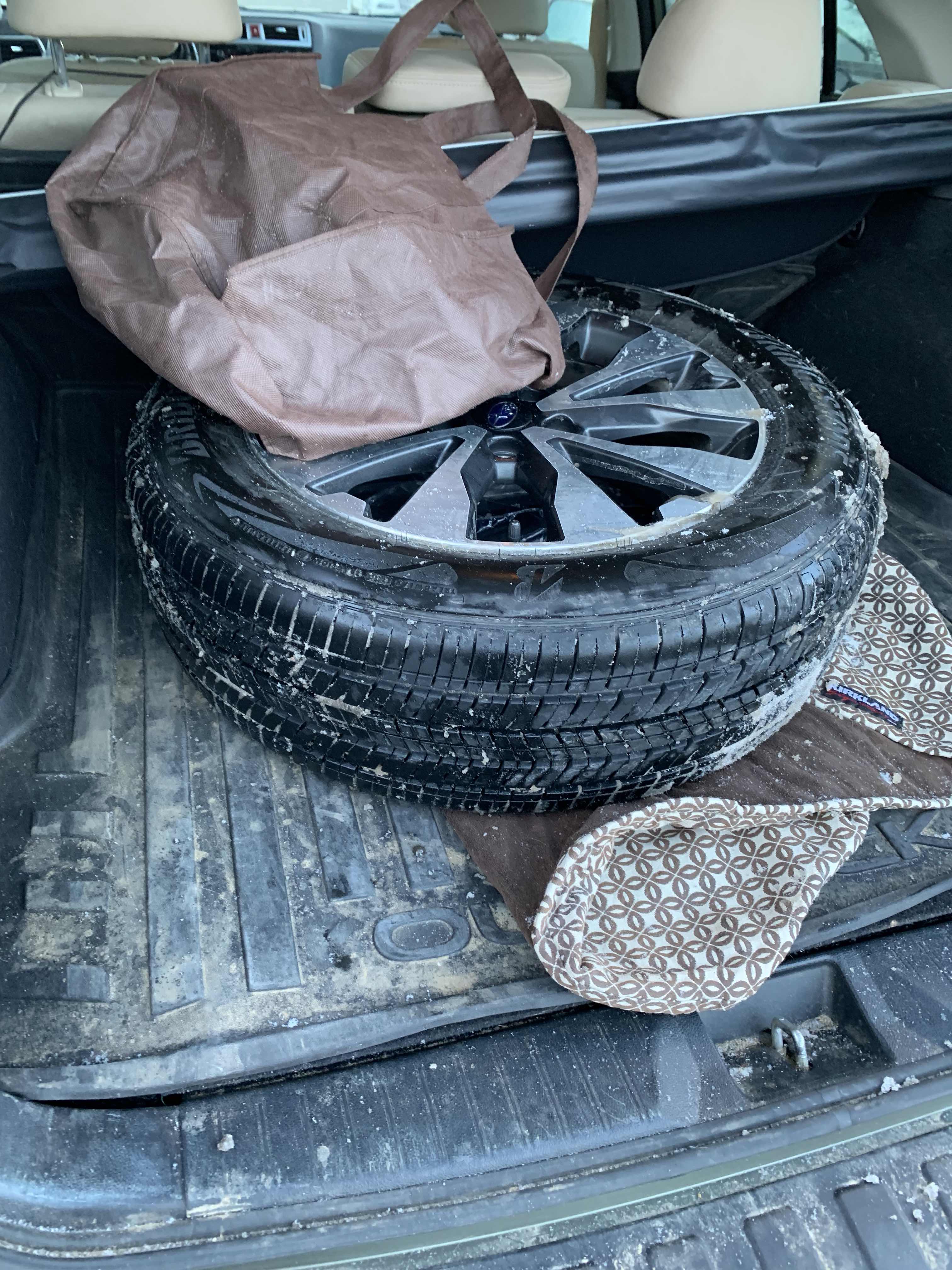 Brand new tire with a screw.
I had to go to Costco to get it fixed, so I did our shopping at the same time. When I got home the dogs had ripped a hole in the sheets and eaten a tube of toothpaste. Fun times.