Tristan sat for the second part of the shading for his tattoo last night. We had hoped he would be able to do all of it, but after almost two hours of fill, he was done. The shading is much more painful than the line work and even though I told him numerous times to make sure he had eaten prior to the tattoo, he was also hungry. He did change the design to add the "fading" in the middle of his forearm and I really like the change. It would have been too much straight black. The last bit will be pretty painful (crook of his elbow) but won't happen until almost the end of August. 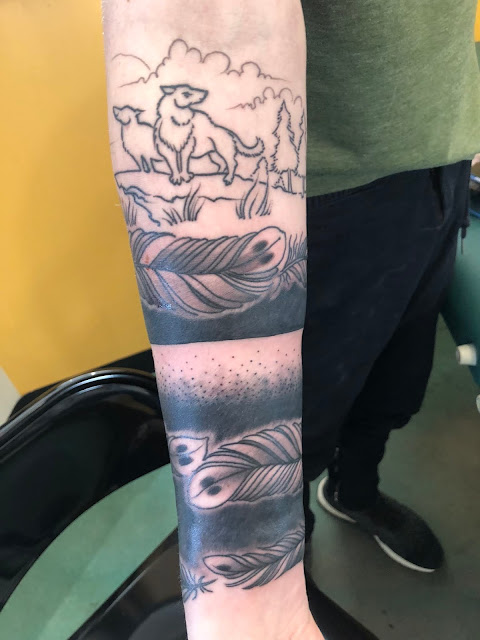 Front of the forearm 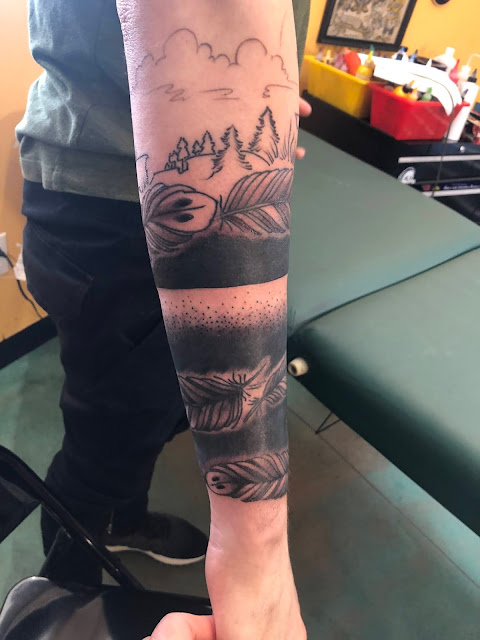 Side of the arm where the bone runs 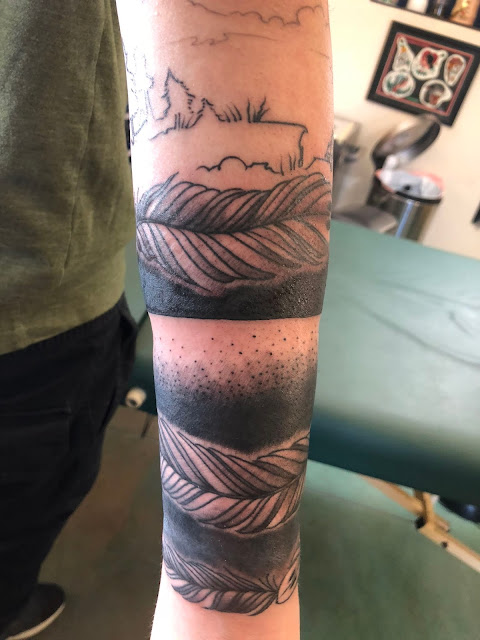 Back of his arm