Wednesday, we opted to leave the hotel we had paid for and check into a new hotel close to the Universal Studios lot. We couldn’t handle the room any more and I wasn’t looking forward to the hour long drive back across the busiest part of LA after spending all day at the park. Tristan asked if we could eat at Portos again, so we went back. Portos is a huge bakery, that also offers breakfast sandwiches and lunch options. Tristan had really enjoyed the salad he had tried the first day, but we were there too early for lunch options, so he tried an egg and ham crossiant. I had potato balls and real lentils. 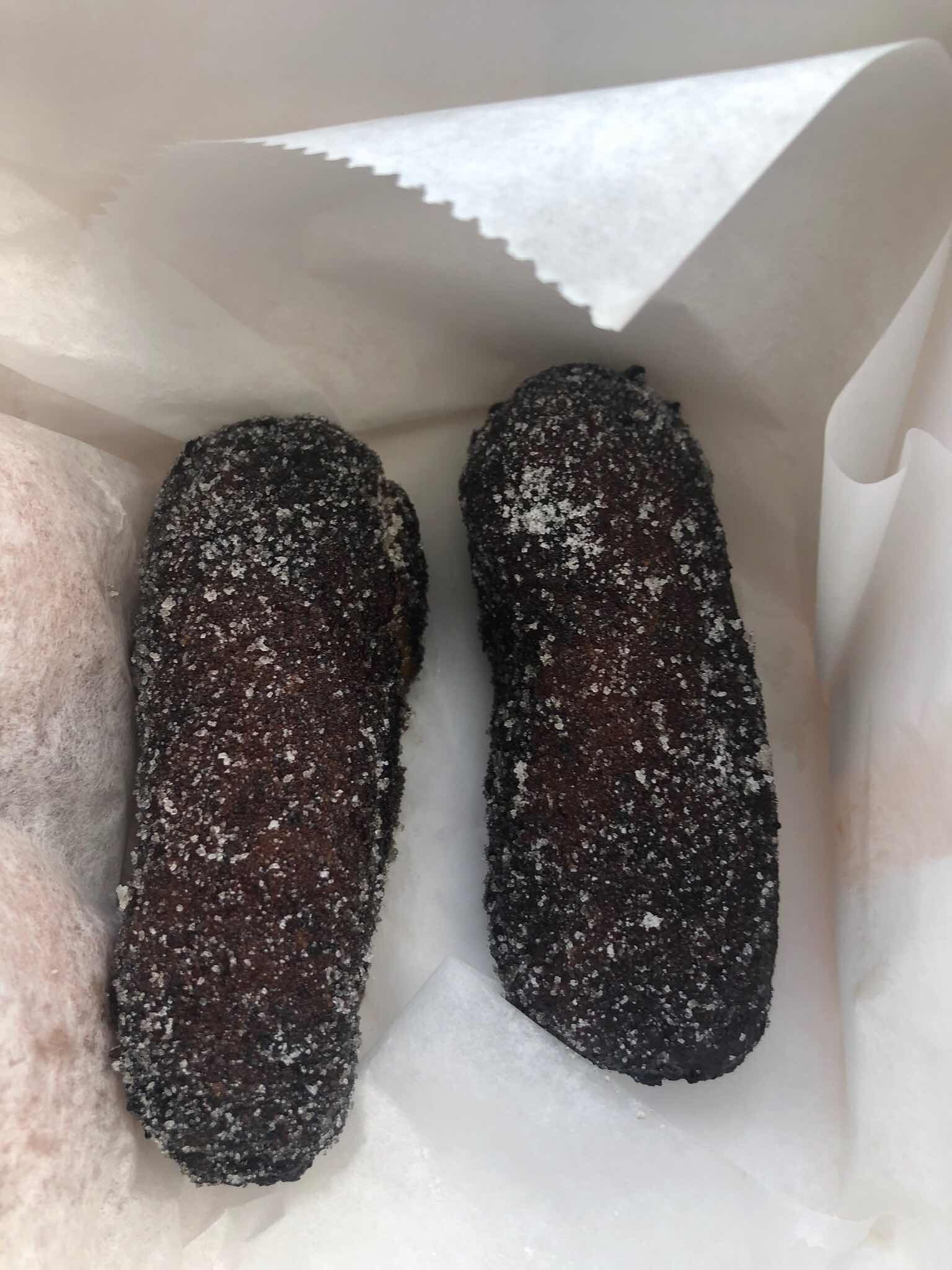 Rellenitos. Sweet plantain stuffed with black bean purée. Almost good enough to become vegetarian for.
The potato balls were stuffed with ground beef and peppers, and rolled in bread crumbs. I want to try making those at home.

So, obviously, the most significant part of the Universal Studios lot is the Hogwarts area, complete with Zonkos, Honeydukes, Ollivanders and the castle itself. We were looking forward to immersing ourselves in the wonder that is Harry Potter. But Universal also has the Jurassic Park series, the Mummy series, Transformers and the Simpsons. There is also a Walking Dead experience and a Studio Tour of the back lots of the sets. The cost for entry into the park was about the same as Disney, but to add an express pass for the rides was over a hundred dollars more. After spending 20 minutes standing in line that didn’t move for The Flight of the Hippogriff, Tristan and I opted to purchase the express pass for ourselves. That made the day so much better. J was even able to use one of them for the Studio Tour, one of the only things she could do, while I waited for her and Tristan to return.
Universal Studios was hot, even though the temp was only 84 degrees according to my weather map. It felt much hotter. Disney does a much better job of keeping the streets wide, with lots of trees, some grass, and plenty of open water. Most of Disney’s rides also have an enclosed portion with things to read and look at while waiting. Also, the lines at Disney were sometimes an hour long, but there are lots of other options that were much shorter if you didn’t want to wait. US didn’t have those options and the shortest line was almost an hour long. 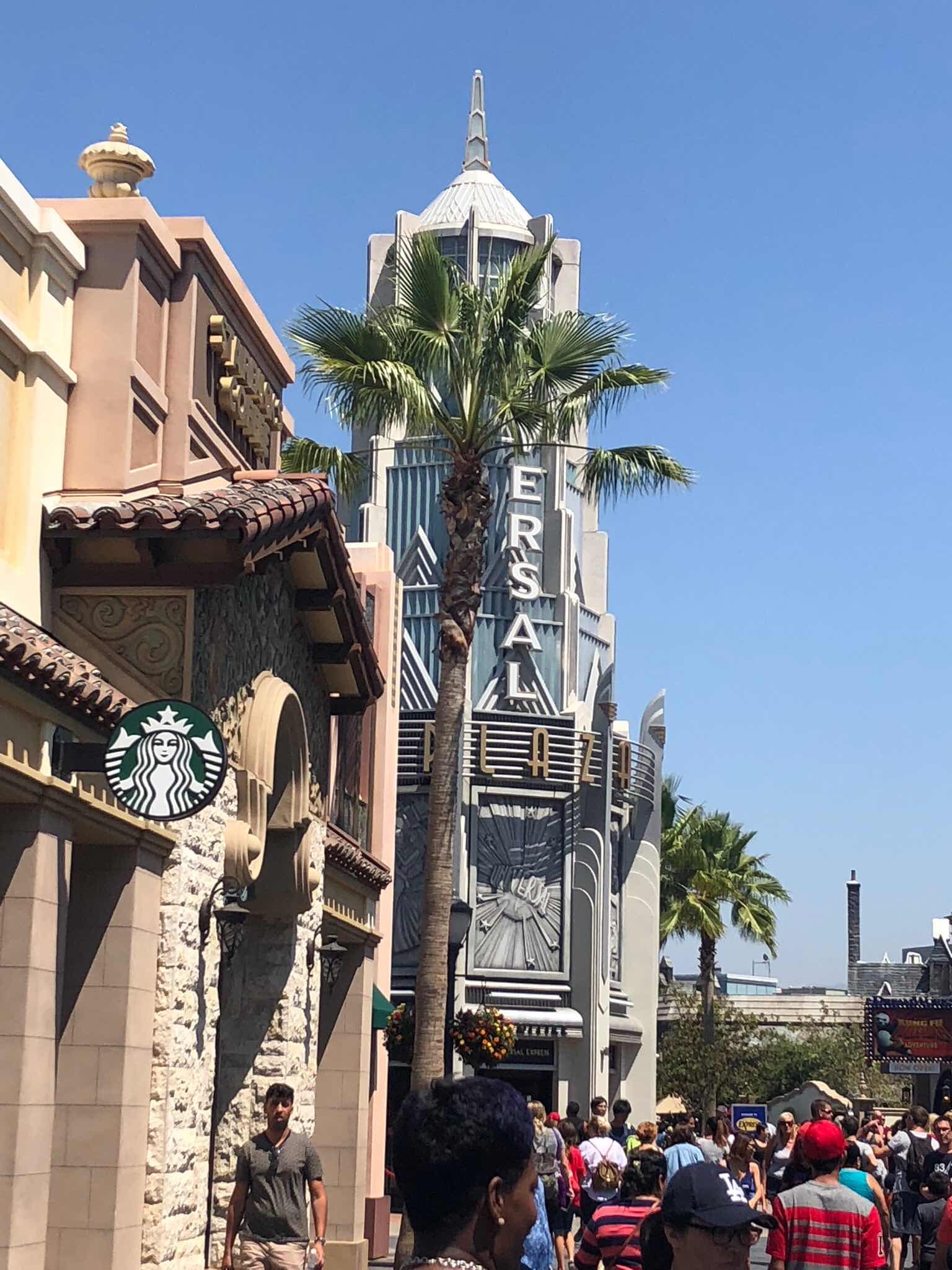 There was a huge mall outside of the park for shopping and food. 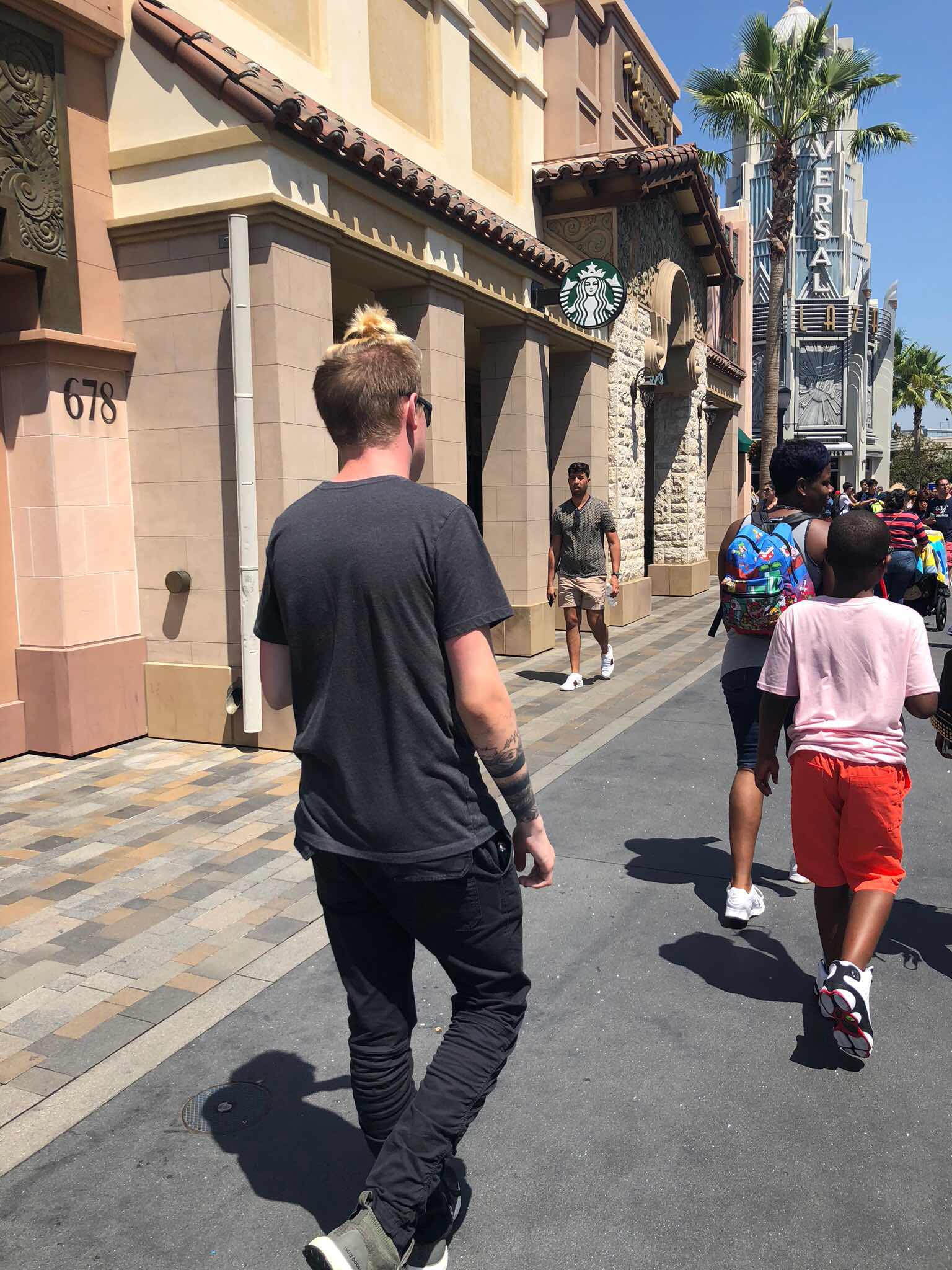 Tristan went from man bun to loose hair over and over again.
He did use plenty of sunscreen after the first day, however. 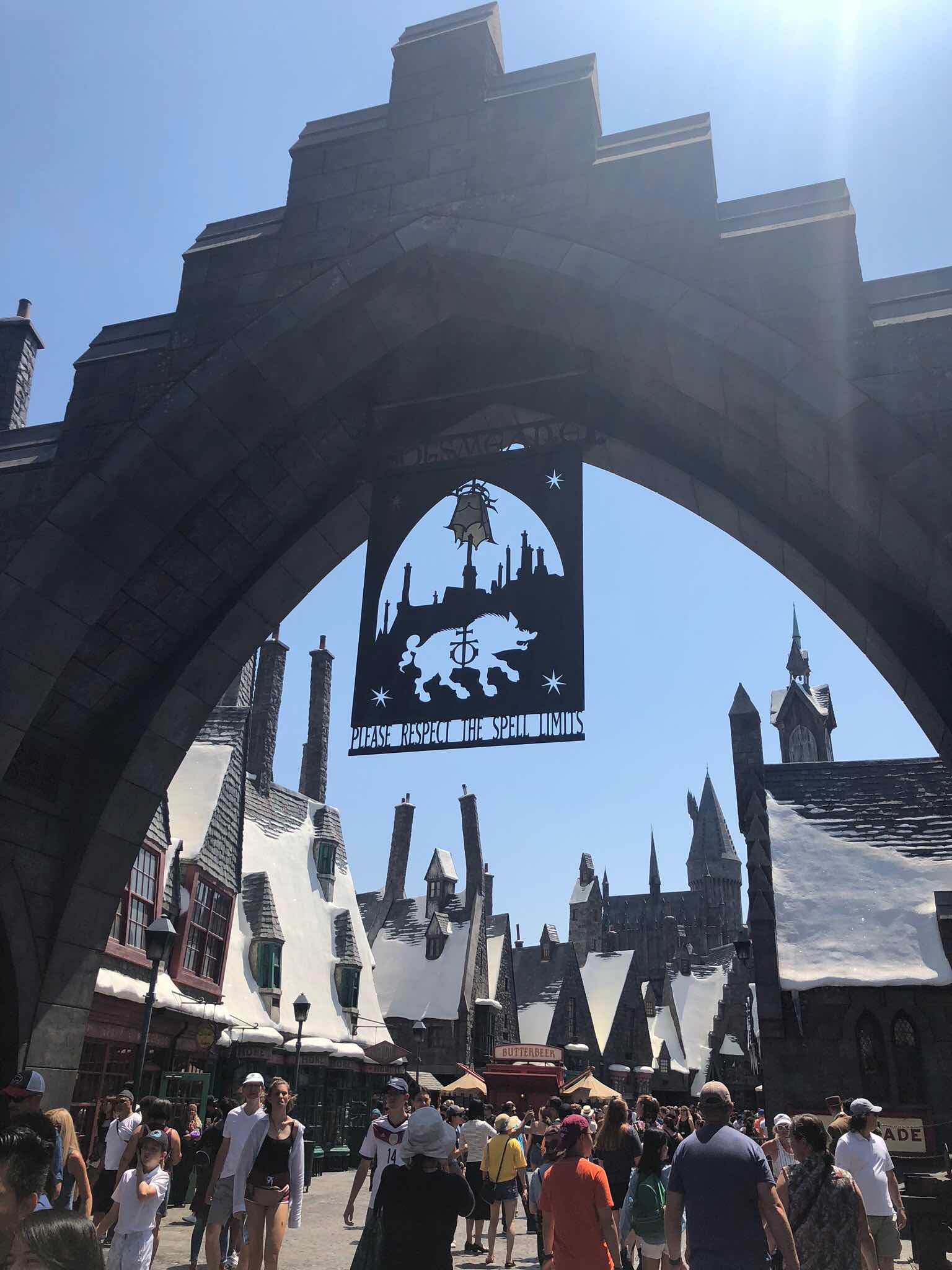 Hogwarts and the village below it were pretty spectacular.
There were wands that you could buy for $50 a piece that interacted with certain set spots in the village.