Friday as I was driving home from work, just as I was going to pull into our complex, I saw a goat bouncing down the side of the road, head up and ears flapping. 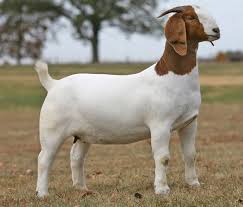 Maybe not this clean and a bit taller, but you get the idea.

There was a guy in a white panel van pulled off to the side of the road coming toward me, I was in the middle of the road in the turn lane and there was a truck on my side of the road that stopped when they saw the goat. I quickly made the turn, pulled over, flipped on my hazard lights and grabbed a dog leash from the back seat. By that time the panel van had pulled around me and into the culdesac of the sub division. I went back to the corner to see where the goat was and it was gone. I guessed correctly that it had bounced across the road and up into the culdesac (not realizing yet that the panel van was in pursuit). There was a hispanic man jogging up the road with a lariat in his hand. I waved toward the culdesac and then went up to see if I could help.

The guy in the panel van had pulled over and gotten out, carrying his own lariat. (There is a farm on the far side of the street that has corrals, horses and goats.) I surmissed that we now had three of us to wrangle the goat. As the running guy staggered up to me he said "she's a fast fucker". I laughed. Then we watched the goat bounce in a half circle across the five houses at the end of the street. She dodged to my right and disappeared. I followed the two guys toward the end of the culdesac and realized that one of the houses was empty, with the gate to their backyard leaning against the fence, leaving a doorway the goat had bounded through. The two guys with the lariats went into the yard (where the grass was higher than our heads) to chase the goat. They each tried twice to rope her, but goats are wiley. She alluded them and bounded toward me. I stuck out my arms, with the dog leash stretched between my hands, she thrust her neck into the loop, I twisted with her movement, bringing the leash tight around her neck, then grabbed a horn. She didn't try to get away, maybe partly from exhaustion, as she was breathing open mouth in my grasp. The guys staggered up to me and we walked her out to the panel van, where one of the guys did a nice tie on her two hind legs and one front. Then they lifted her into the back of the van where she had a nice bed of carpet scraps.

They thanked me and drove off. I pretty much laughed my way back to the car.

Saturday morning, I had a really nice ride on Ashke. We worked on all of our lateral work and a lot of canter. Nothing really new. A lot of working on the individual exercises I did in my lesson the Wednesday before. Ashke was pretty sweaty when we were done. 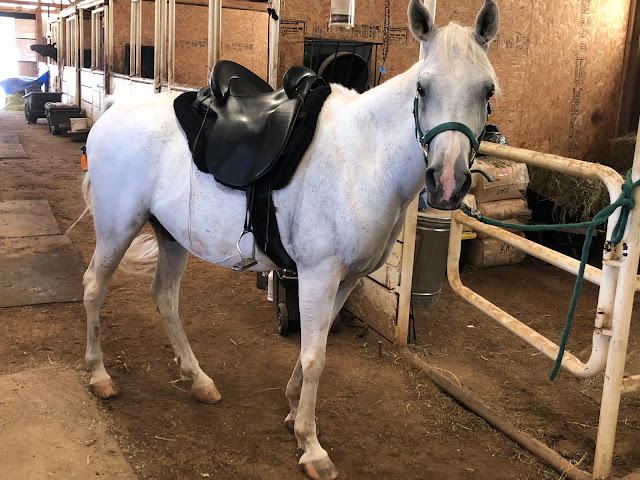 His face is grey and so were his shoulders
He got a rinse after the ride, since it was pretty warm out

On Saturday afternoon, Tristan and I decided to go see The Equalizer 2. We had a couple of hours before it started so I was sitting with him listening to him play when an add for Murdocks floated across my FB page. It was for this: 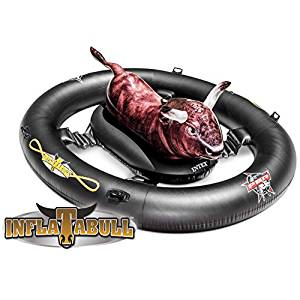 I've wanted this since I first saw it.
It is a pool toy, but I have thought it would make a wonderful WE bull obstacle.

I have been loath to spend $50 on this thing from Amazon, but the 40% off made it a reasonable investment and I hoped to have a live person be able to explain to me how it inflated. This would only work if just the bull inflated and it wasn't all one big blow-up thing. When I got the to store, the older gentleman I talked to said he was pretty sure that the bull inflated separately from the base or the ring. For the $25 it would cost me, I thought it was worth the risk. And the risk payed off. The bull inflated independently of the rest of the pool toy. I double-checked the inflation of the bull, then cut the thing apart. I blew up the bull, positioned it on the wooden saw horse and taped it down with black gorilla tape. 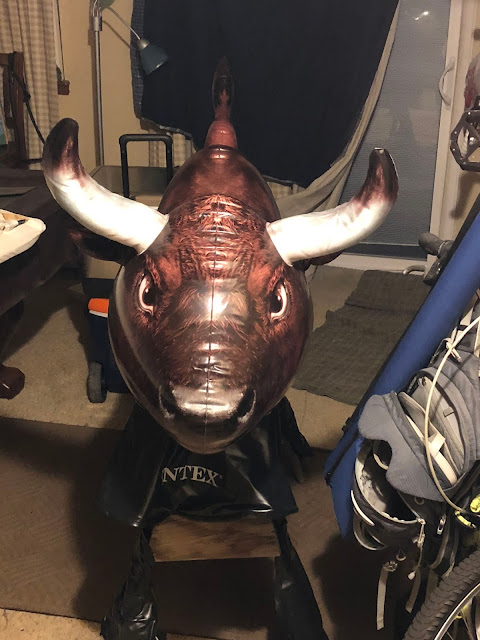 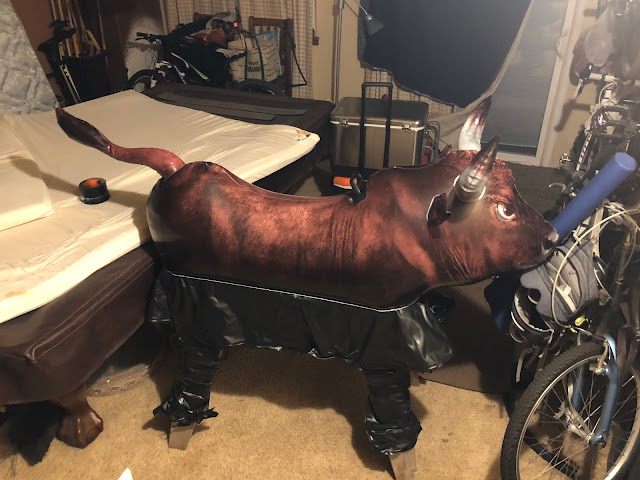 The top of his head is almost five feet tall.
I have ordered an extendable magnetic pole to attach next to his shoulder to hold a ring.

I can't wait to try it. It is pretty fierce looking!

Sunday, I rode again. Ashke was very good and only got a little squirrely about the border collies playing zoomies around the jump standards in the middle of the ring. We worked on the same stuff as the day before and I felt that there was some improvement in our canter work. It's all incremental. Although Amanda's mom, who hasn't seen us go in a couple of months, said that the improvement was noticeable. That made me happy.

Then I went home and watched Ready Player One with Tristan. Both movies this weekend were phenominal. I recommend both.
Posted by Cricket at 2:16 PM