To round out the year, I wanted to do the ten most defining moments of 2017. Some of them may be horse related and some may be personal. It’s also really difficult to rank them according to importance. So, I made a rough list in the subjective order of importance for me, right now. It could change if I were doing this tomorrow.
10. White Line Disease: finally conquered the issue this fall. Three hoof trim cycles with no reoccurrence and a much tighter White Line in his hooves.
9. Little Scraggy Trail: we finished the entire 15 mile loop with J and A on their bikes. There was a lot of walking and some falling. 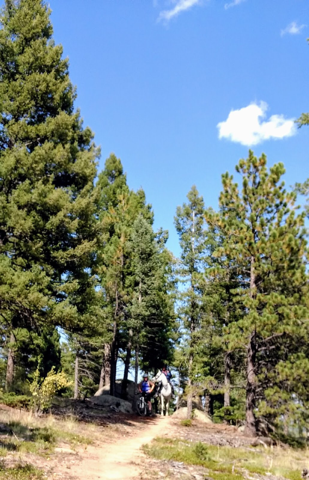 Little Scraggy Trail 2017
That was really our only trail of note on the year, in Colorado. (I really need a partner to ride with since doing trails like Indian Creek is something I really shouldn’t do alone).
8) New Subaru Outback: first non-Toyota/non-Honda in twenty years. Cute thing, drives great and is comfortable for a 6’ boy in the back seat. Plus, heated seats in both the front and the back. Dogs like it too. 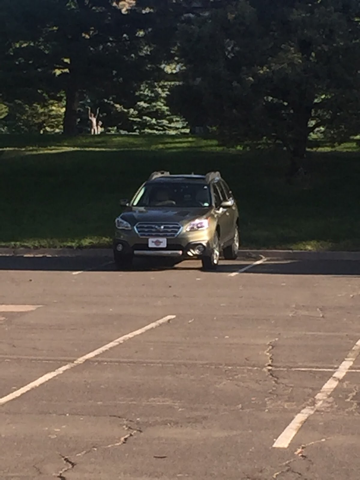 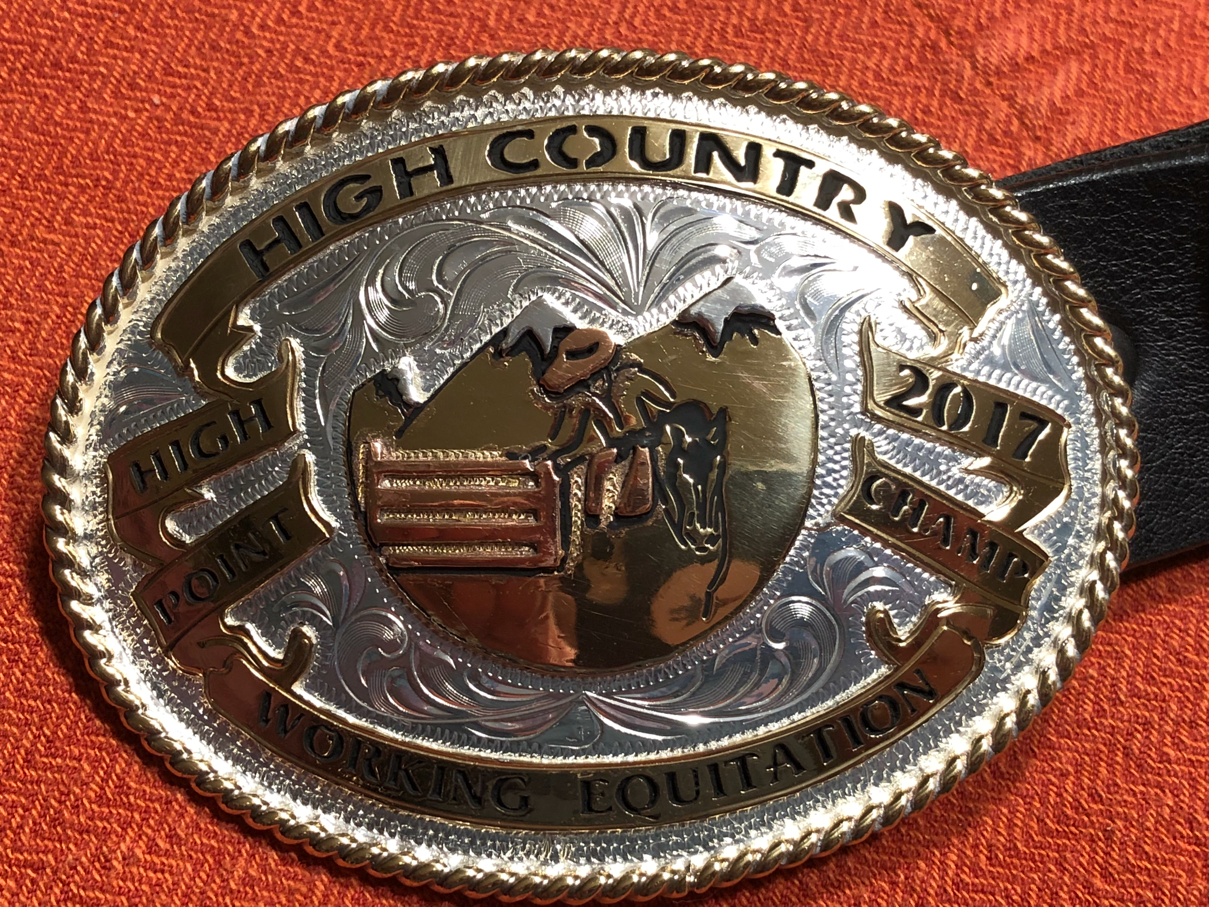 Level 3/Novice B High Point Champion 2017
6) Show Outfit: When I was in Las Vegas for the Andalusian World Cup, I finally found pants I liked and ordered them from Europe. I ordered my own buttons to put on the legs instead of carieles, at the recommendation of the gentleman who runs the shop where I looked at them. I finally felt like I was ready to show at an A-Rated show. The jacket was perfect when I received it from my mom and even though I ordered the pants unseen, the colors match very well. 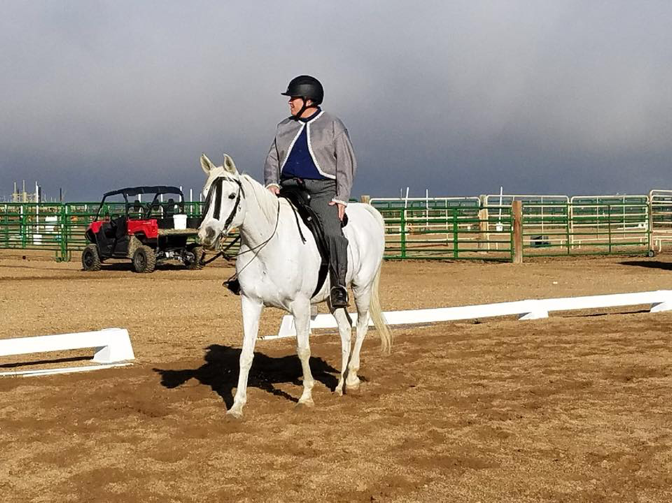 Jacket is from a 1860 pattern I found on the internet that my mom sewed for me.
We picked the fabric together and then she created a mock up one of linen material so we could check the fit.
So, in essence, she made the jacket twice.
5) TD Certification from the Confederation for Working Equitation
This happened on my trip to Las Vegas. I worked my butt off over that four days, helping with whatever the show needed, fitting in class work around the show events. It was an incredible experience and I got to hobknob with Queca, Isabelle and Tarrin for the weekend. Plus, boot shopping was a blast!! 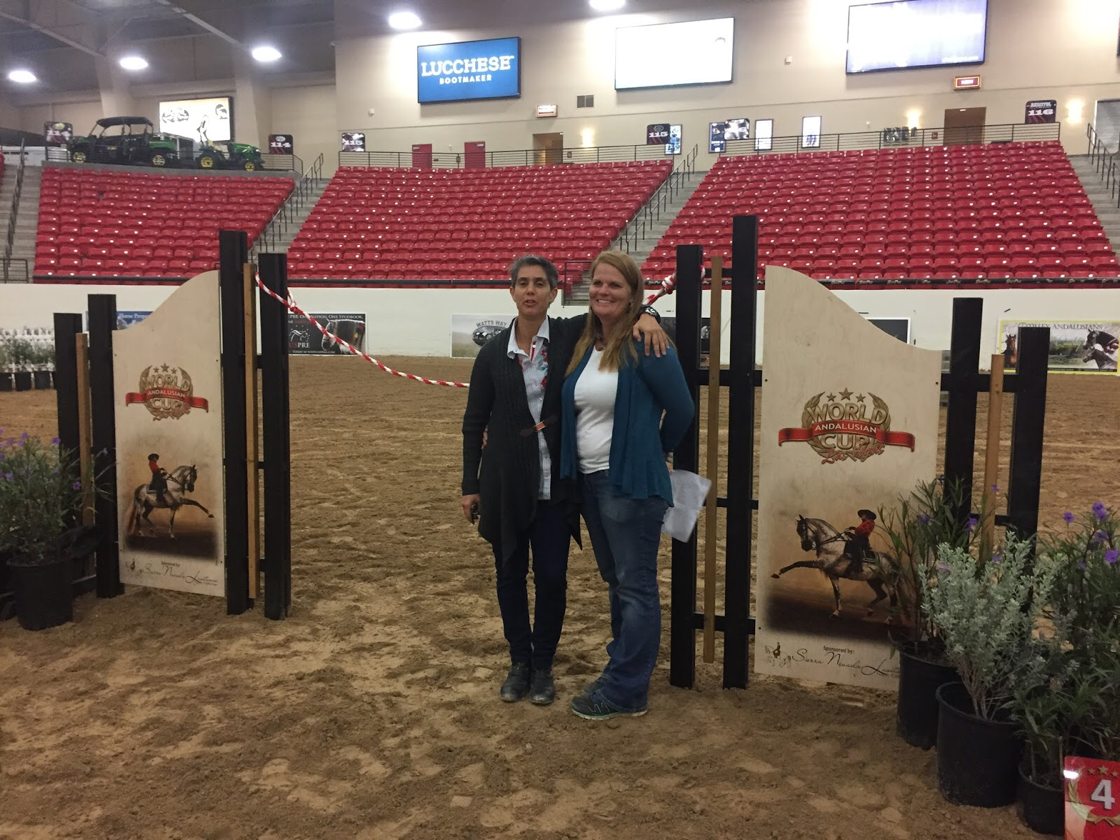 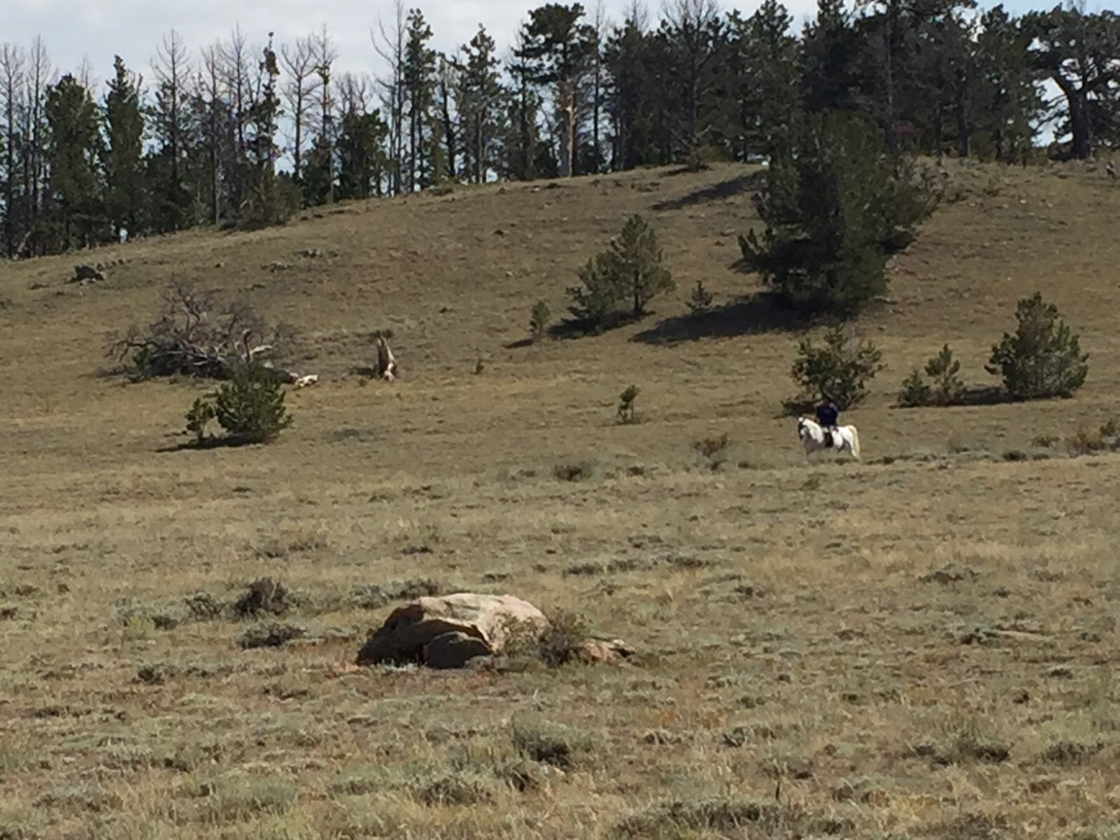 Planning on going back in 2018
3) Figuring out the bit thing: 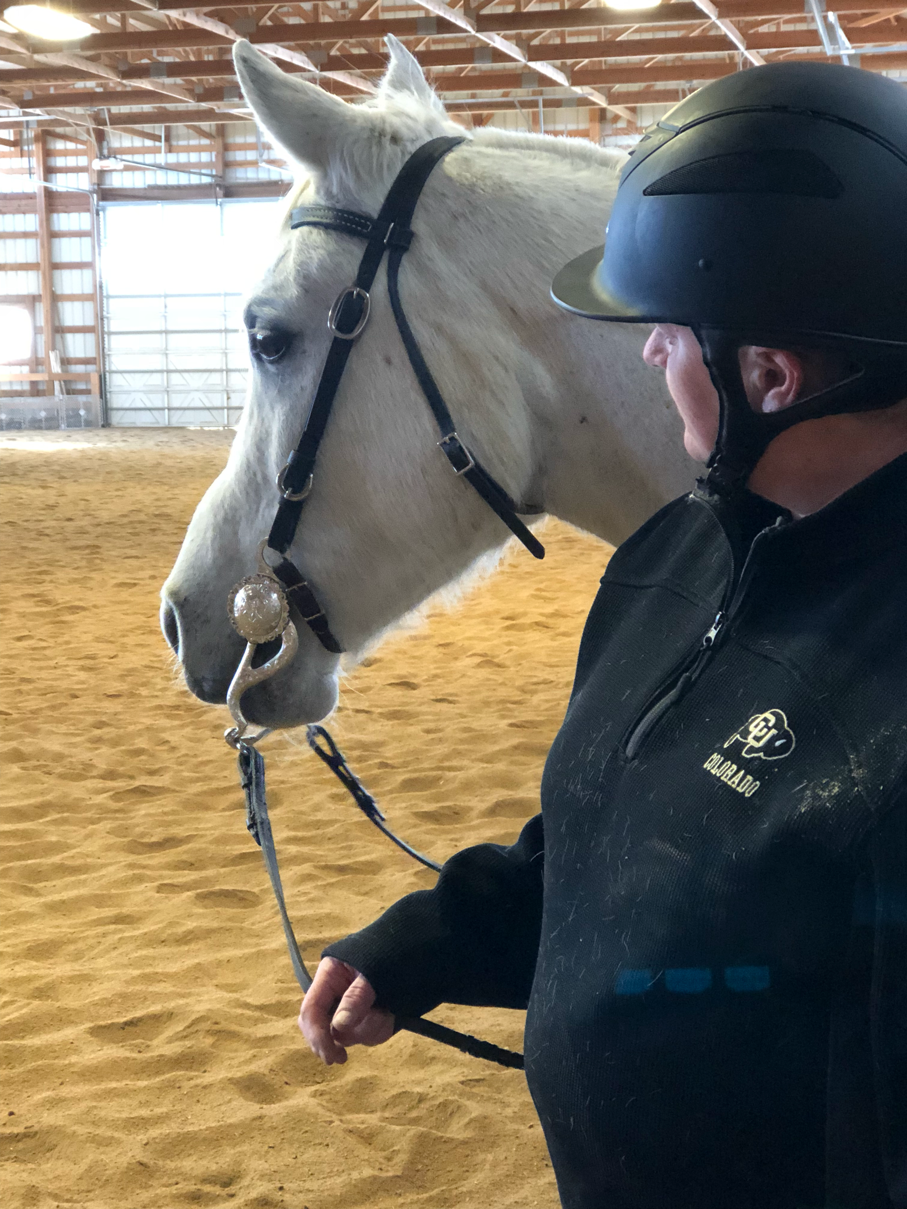 He opens his mouth to take the bit and we are working every ride on contact and being on the bit.
Pretty beautiful badassery right there.
2) Trainer extraordinaire
I can’t say enough good about Amanda of Amore Equestrian. She has done wonders with Ashke and I. The progress we’ve made and continue to improve upon is unbelievable. She has made both of us fall in love with dressage. She is positive and clear spoken, super with Ashke and firm enough to keep me on the correct path. I would never have expected us to be working on the stuff we are working on and it is a testiment of her commmitment and support that Ashke is where he is at in this moment. Plus, she sports the orange breeches.

Here she is riding her Intermedaire A FEI test
1) Myofascial Release of Gelding Scars with Tracy Vroom:
The important part of the work she did is from my post in March on the event:
“Tracy started working and then stopped to explain to me. She said Ashke felt he was destined to remain a breeding stallion and that they had been working with him toward that when the accident happened to his patella. After the accident, the breeding manager hadn't given him a real chance to show them how great he could have been. They just gelded him. Ashke felt so betrayed; it was like a huge black wave of despair, anger and disbelief. All of his anger and betrayal has settled in his groin area in a huge ball of dark, negative energy that he has been feeding every time he thought about it. I think he's been dwelling on it every time the scars twinged or pulled in his groin.
Both Tracy and I were crying as we talked about it. He was so emotionally hurt by their actions, and then the fact that he was immediately sold and sent away from his home right after the gelding just sealed the deal for him. Everything was stolen from him. I told him that people suck. We both acknowledged his pain and let him see how deeply his betrayal hurt us as well. Then Tracy acknowledged and apologized for the betrayal and the pain. She asked him if he was ready to let it go. He snapped and bit the air and my palm, then quivered, and told her yes. She brought Unicorn energy (brilliantly white) into the trauma cyst and released it into the earth. Then healed the area with the light. Tracy asked him if he was ready to be truly healed, to let go of the betrayal and to step into the future on a parallel path with me. He made the choice to step forward with me.”
Overall, my biggest relief is that Ashke is finally sound. Yes, sometimes his hind end gets tired and we have to work on other stuff, but for the most part, there is no short striding, even in the cold. His lateral work has gotten better and he is crossing front and back on his leg yields. It’s been a huge relief.
Posted by Cricket at 10:19 AM