Not a Petting Zoo

I don't know that I have ever experienced anything like the complete disregard of personal boundries as I have experienced in the past several years. I read a blog about this subject a couple of weeks ago (FB I think) and the author was discussing the public conception that dogs are public property somehow and available to be pet and loved and teased at will. For me, it isn't just the dogs, but the horse as well. 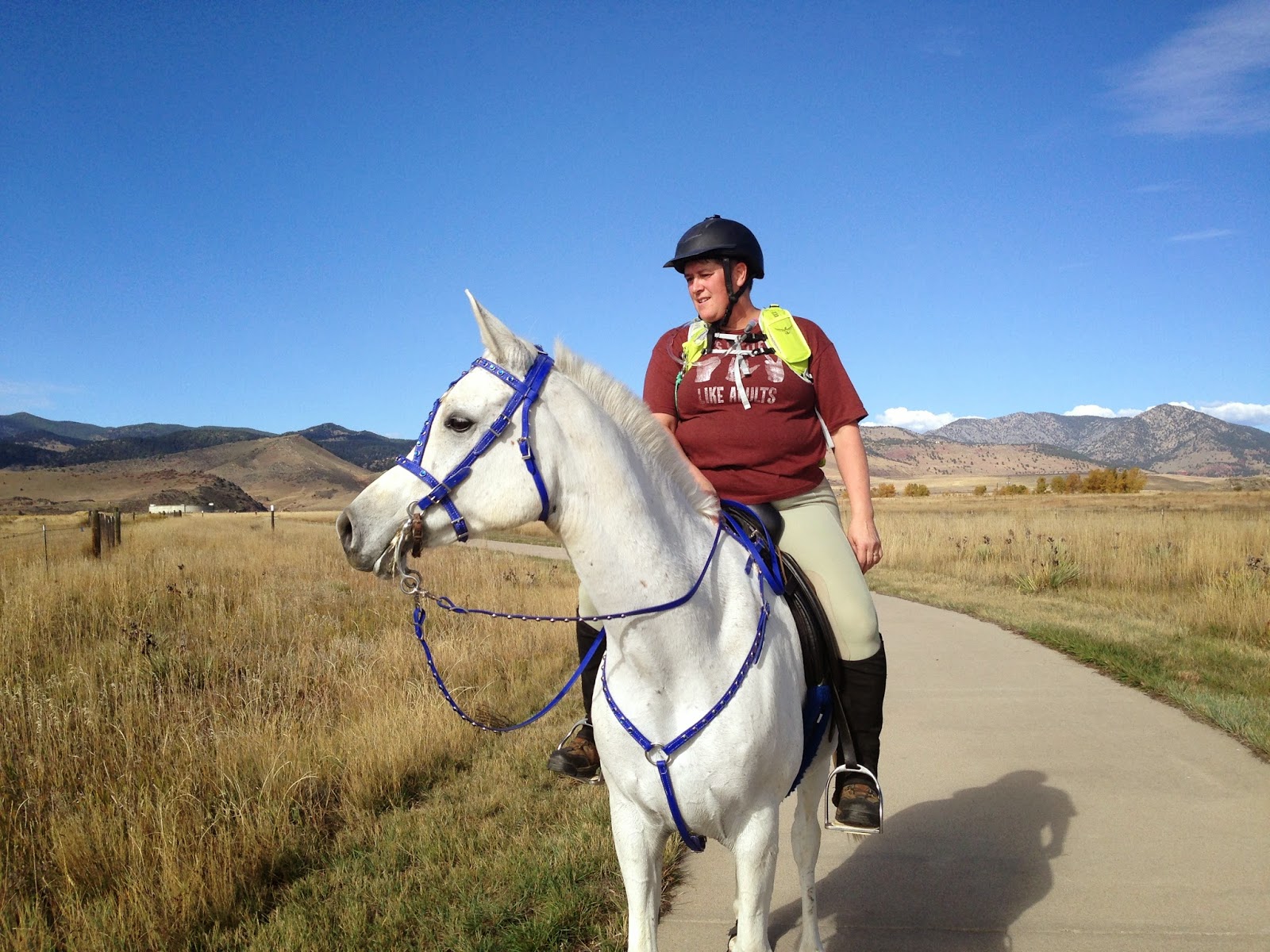 Random pictures of his loveliness.

So far, I have been chased by boys on bikes waving sticks and yelling something about catching the Unicorn. I've had boys on bikes leave the sidewalk to ride across grass while yelling something about the magical white unicorn. Thankfully, they were not waving sticks and my magical white unicorn travels faster then they can on grass. I've had little boys (six or seven) threaten to throw rocks at us while we are riding by in order to make the horsie go faster. (That's when the Momma voice is most effective." Boys are all about the chasing, killing and claiming of the magical white unicorn.

The girls however, are worse. They race towards us, arms wide, squealing in sheer joy at the sight of the magical white unicorn. They are usually shedding scooters, bikes and skateboards in all directions. They are usually dressed in sandals or open toed shoes (which gives me nightmares, thank you very much) and are acting the total fool in their approach. So we are faced with squealing, gyrating hordes anytime we are on trail. 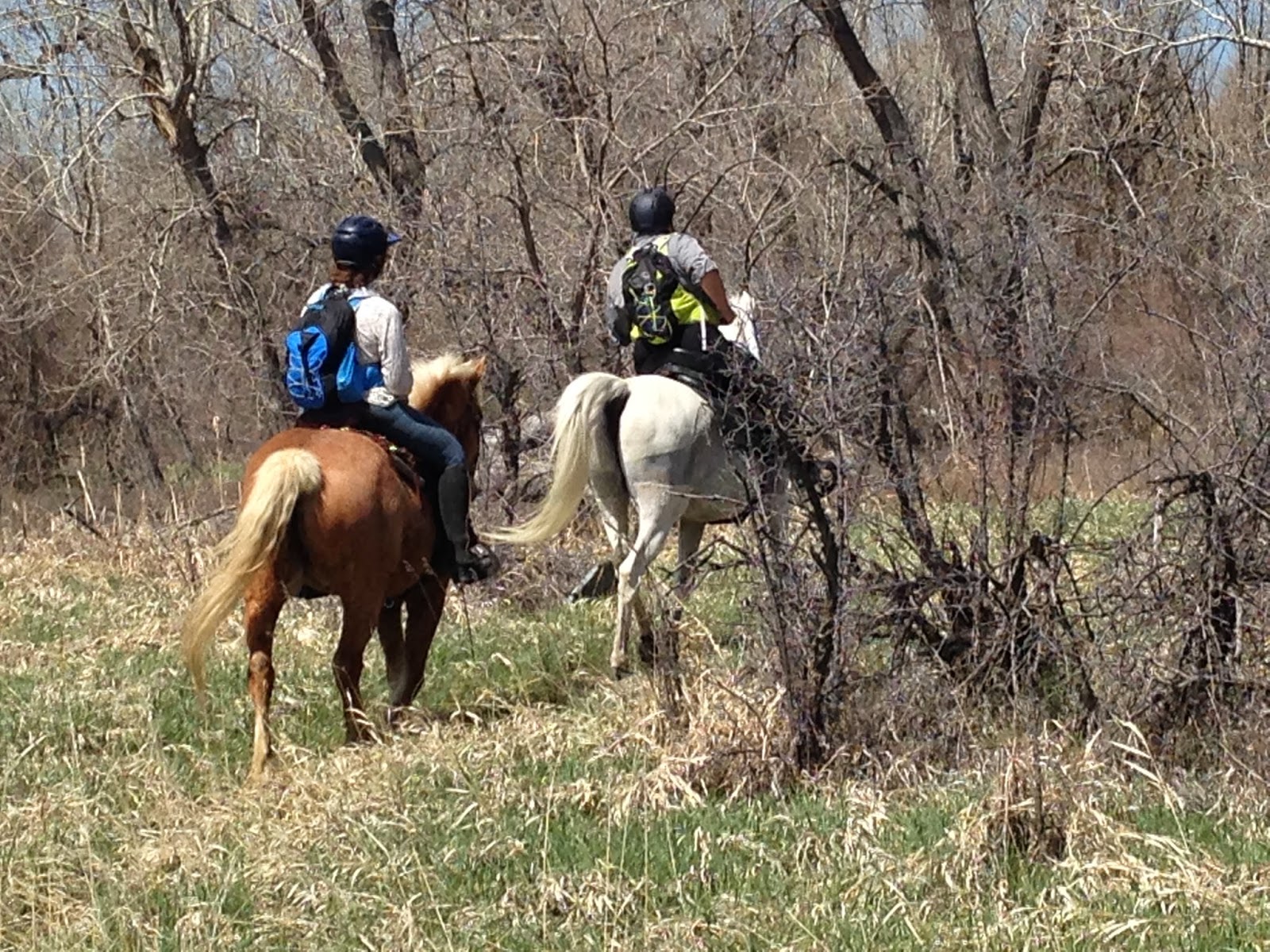 Now, don't get me wrong, I was horse crazy as a little girl. There is not a point in my life where I did not want a horse, want to be around a horse, want to be touching horses. Even when I declaimed I would never ride again, I still wanted a horse. I can remember knowing where any horse in the immediate area was, even after I had horses of my own, but I do not ever remember wanting to chase and kill a horse, or run up to it in flip flops and throw my arms around it's neck.

I think the worse part is the parent's are encouraging this behavior.

Last night, a young boy about seven or so was playing with a soccer ball with his dad. They kicked the soccer ball toward me and came racing after it. I moved Ashke to the edge of the park we were riding around and kept an eye on the ball. Not that I think he would do much, but better aware and prepared than caught off guard. The man started gesturing toward me and talking to his son. The boy hung back and shook his head no (smart boy). I could hear the guy saying something about how he should come pet the horse. The boy did not want to. We rode on before the man could do anything else.

On the way back was a woman and her daughter (ten or so). The daughter saw us from clear across the park and came over riding her scooter, with her mom close behind. I was riding a single track trail through the grass. The girl threw aside her scooter and came racing toward me, arms waving. I asked Ashke to dance sideways (this is a trick I learned with Queenie - a sensitive horse can always be made to appear fractious with a tightening of the legs). Ashke already knew we were headed home and became a bit bouncy at the conflicting requests (forward from the legs, slow from hands and seat). I moved off the single track and began to circle around and the girl followed us, saying "I want to pet the horse." Ashke went lateral at that point and I said to the mom, "He does not like kids." The mom said, "she just wanted to pet him." And I answered, "We are not a petting zoo." This may become my favorite line of all time on trail.

It seems that just like dogs, people in public venues believe horses are fair game. When I rode a lot with N, she would always stop and let people pet Cali, but I would not. Ashke likes adults okay, but he really doesn't like kids. And just like the little girl in NY (?) who got her fingers bit by a police horse, I don't want to risk Ashke hurting someone. Yes, I do have liability insurance, but I also believe it is my responsibility to keep Ashke from being in a situation where he might hurt someone.

Thankfully, he is always willing to run like the wind to get away, if need be.
Posted by Cricket at 8:47 AM