There is a new guy working at the barn. Every time he sees me he gives me a huge grin and a little wave. Today when I got to the barn he was on his way out. He grinned and waved at me, then his eyes widened and he looked like he wanted to share the best story ever. He said something along the lines of me being Ashke's owner, then kind of stammered in his excitement and asked me if I knew what Ashke meant. I started to tell him where I found the name and he interrupted me and said, "No, no. It means something in my language. It means boy in Navajo." It was really awesome. So, the two meanings I know are Beloved Boy. And he says it "Ash-kay" with the emphasis on the final syllable. Anyway, Tiger introduced himself and then headed for his truck. Such a radiant smile and great energy. Made me want to adopt him.

Tuesday night was the first ride in ten days and Ashke was Magical. He was loose and swinging and able to maintain every gait I requested. He held his left lead on the canter. He snorted every time he stopped. We were so in sync that I could think of stopping and he would slide to a stop. It was really fun. We rode for about an hour and then I put him away.

Tonight, it was cloudy but not raining, so I saddled for the trail. We rode seven miles in an hour and a half. I think 4.4 mph may just be out trail speed and I'm okay with that. I'm dealing with so much with his right leg, that I have once again parked the idea of competing in an endurance race. We will trail ride and if the issue is what I think it is, we will try and rehab the right stifle. I think the information that the surgery was on the left was incorrect. I found the scar and the right stifle is twice the size of the left. It would make a ton of sense if that was the case, because there doesn't seem to be anything really wrong with the left stifle. (So, yes, Kitty, you may have been right when you suggested it might be his stifle.) 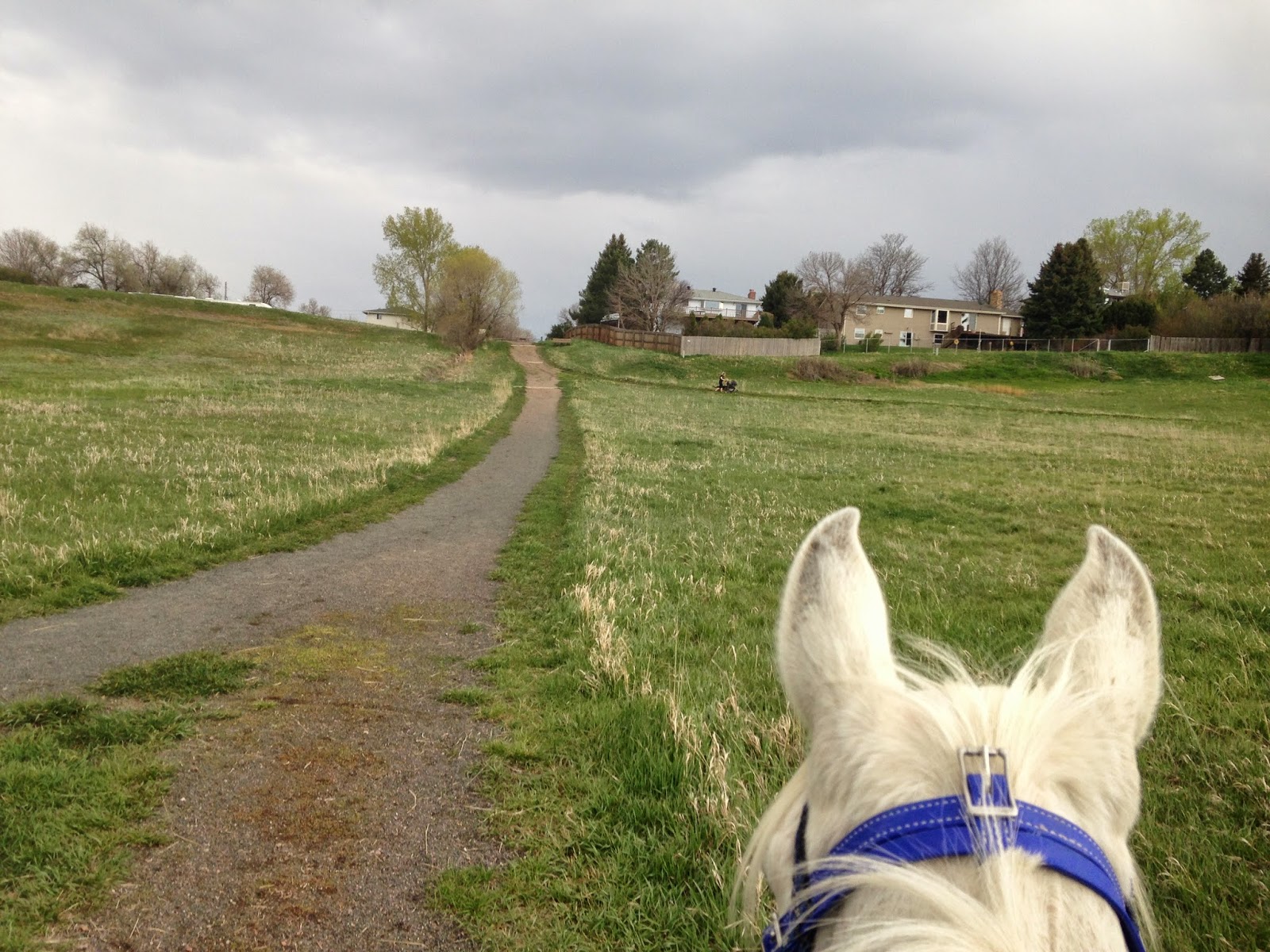 We rode the trail across the street. When we got to this hill we did five sets up at the gallop/canter and trotted down. There were three logs in the trail that we jumped on our way up. We stopped at five, since I didn't want to overdo it until I know for sure what is going on with his leg. Then we rode to the far end of the trail by the soccer fields. On our way back we were cantering in the grass field and I asked him to turn with the same cue I use for the walk pirouettes and he managed a very tight, uphill turn at the canter. It was amazing. I don't know if he was doing it right, but the fact that we could execute a tight turn on the left lead was enough for me.

It sprinkled a little on us before we got home. He was super spooky, probably as a combination of not being ridden out for three weeks and the heavy storms that were in the area. It made me a little grumpy. But then he gave me some really nice canters and a couple of really nice jumps, so I couldn't be grumpy anymore. I really love having this park across the street. 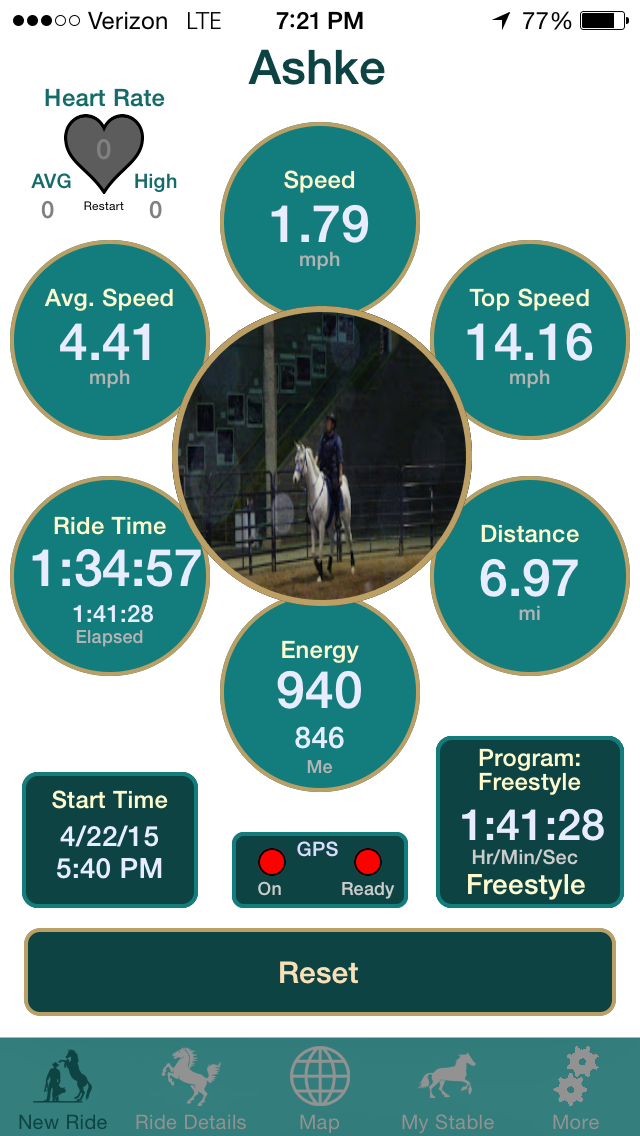 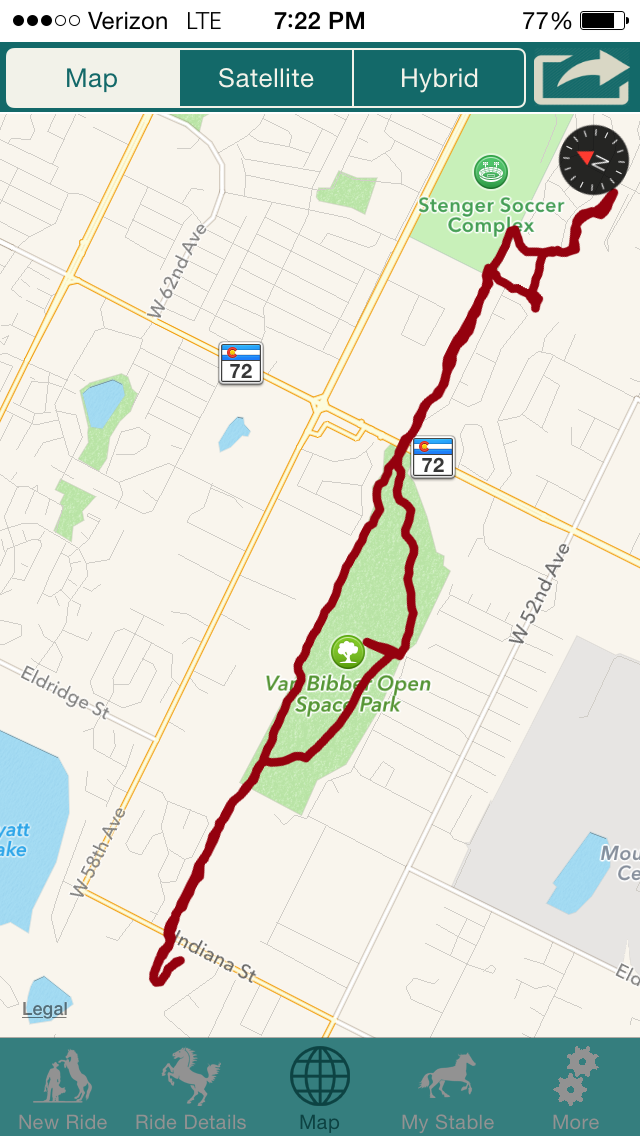