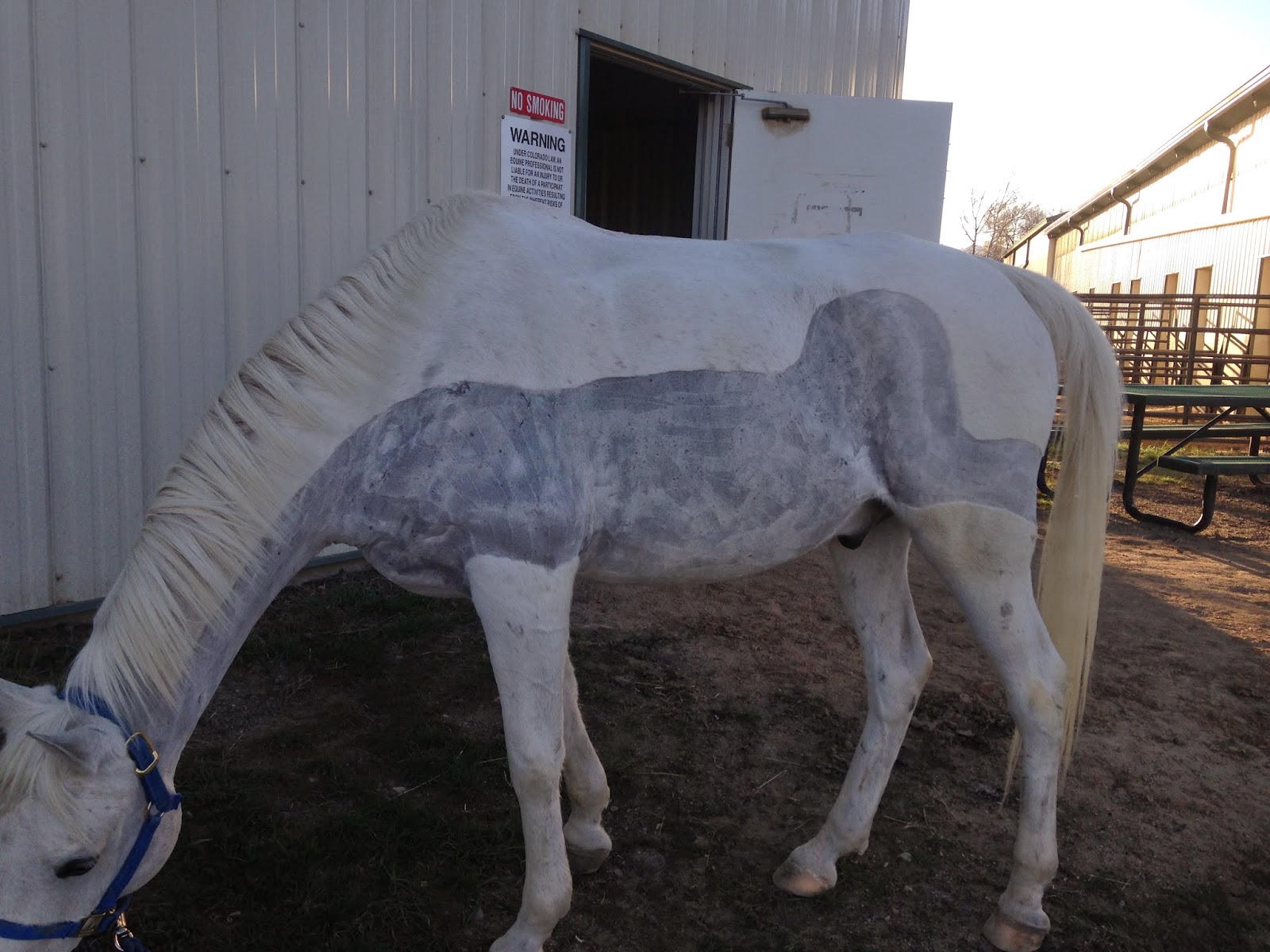 I decided to do a trace clip, after conferring with Saiph about the likelihood that I would accidently  slip with the clippers, gash open his stomach and spill his intestines on the ground. It was a real fear. She assured me that could NEVER happen, and I am happy to testify that she was correct.
Can I get an Amen? 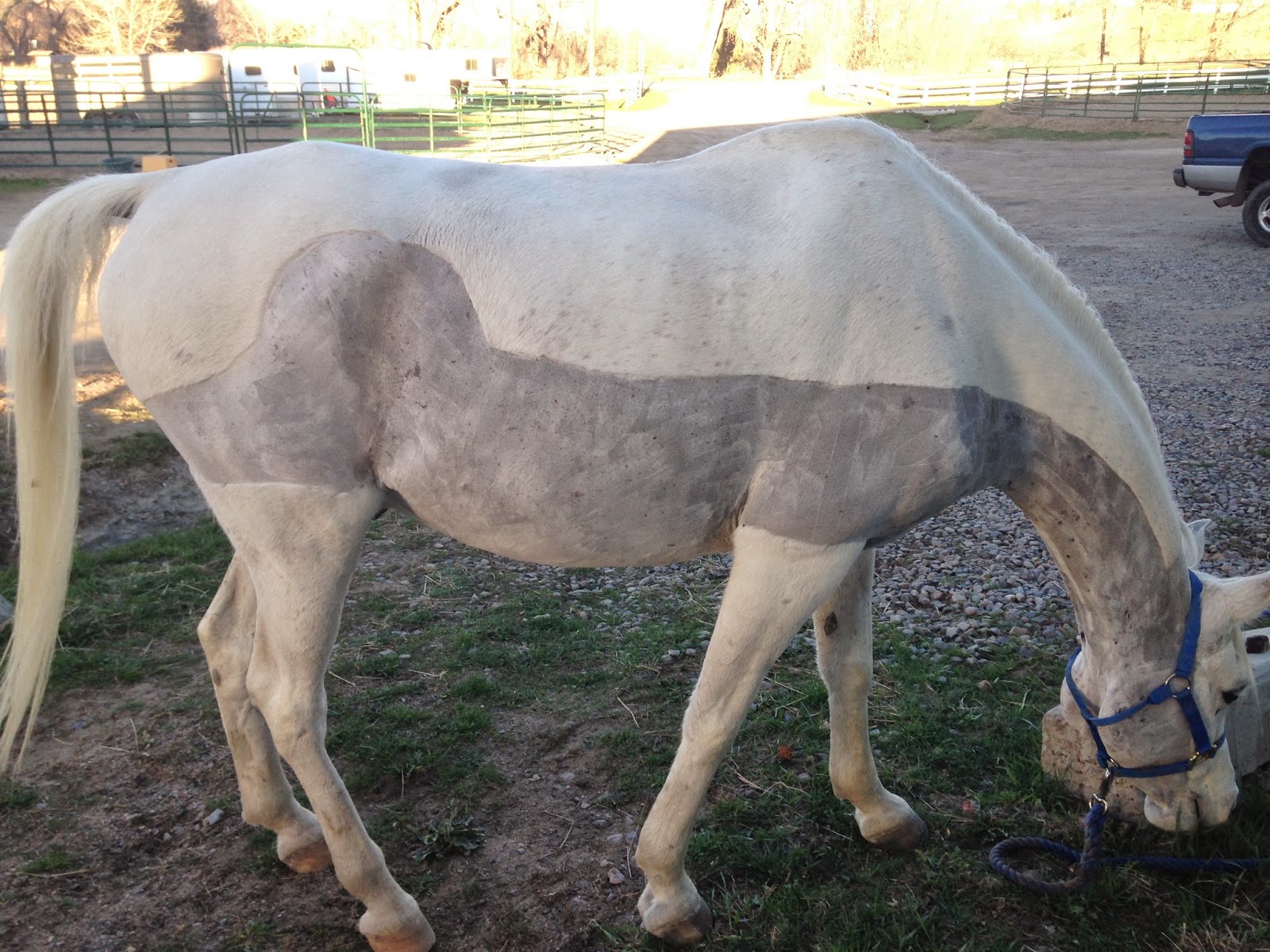 Luckily, Saiph was right and all that happened was a lot of white hair came off.

This was my very first clip job. I got several compliments on my lines.


I turned him out in the round pen afterwards and he had a great time, bucking, kicking, rearing and squeeling. He felt so much better and it showed in his behavior. I can imagine he was incredibly hot under all of that itchiness, because I know I was after having all of his hair dumped on me.