Today I went out to try out the Isabell.

Before I went to the barn, however, we went to the big hardward store that requires a penis to shop at, or to be taken seriously, and purchased a 50 gallon Stanley mobile tool chest. It even has a tray in it. It can be locked with the keys that come with it or you can lock one corner with a padlock. I need to get the key on my keychain and start locking up my stuff. I'm going to give N the second key in case she needs anything I have stored in there.

Then we took the pups to the dog park in Golden. They had a blast playing with Lou and the ten other dogs that showed up. Lily and Skittle are becoming very socialized and there were a couple of snaps, but no madness. Neither of them had ever been outside their house when we brought them home at 10 weeks. They didn't know what grass was and are much more comfortable going on concrete then on dirt. The dog park has helped with this issue. They were much more relaxed when dogs were coming into the park, and Lily only had an issue with one guy who had a boating hat on his head. He was very nice and took it off. She wouldn't approach him, but she did stop barking at him. This is progress. They are such a mix of timid and protective that they must be socialized correctly to prevent them reacting out of terror. The people who bred them did them no favors in not introducing them to lots of people. We have been working on it, but it's still a work in progress. 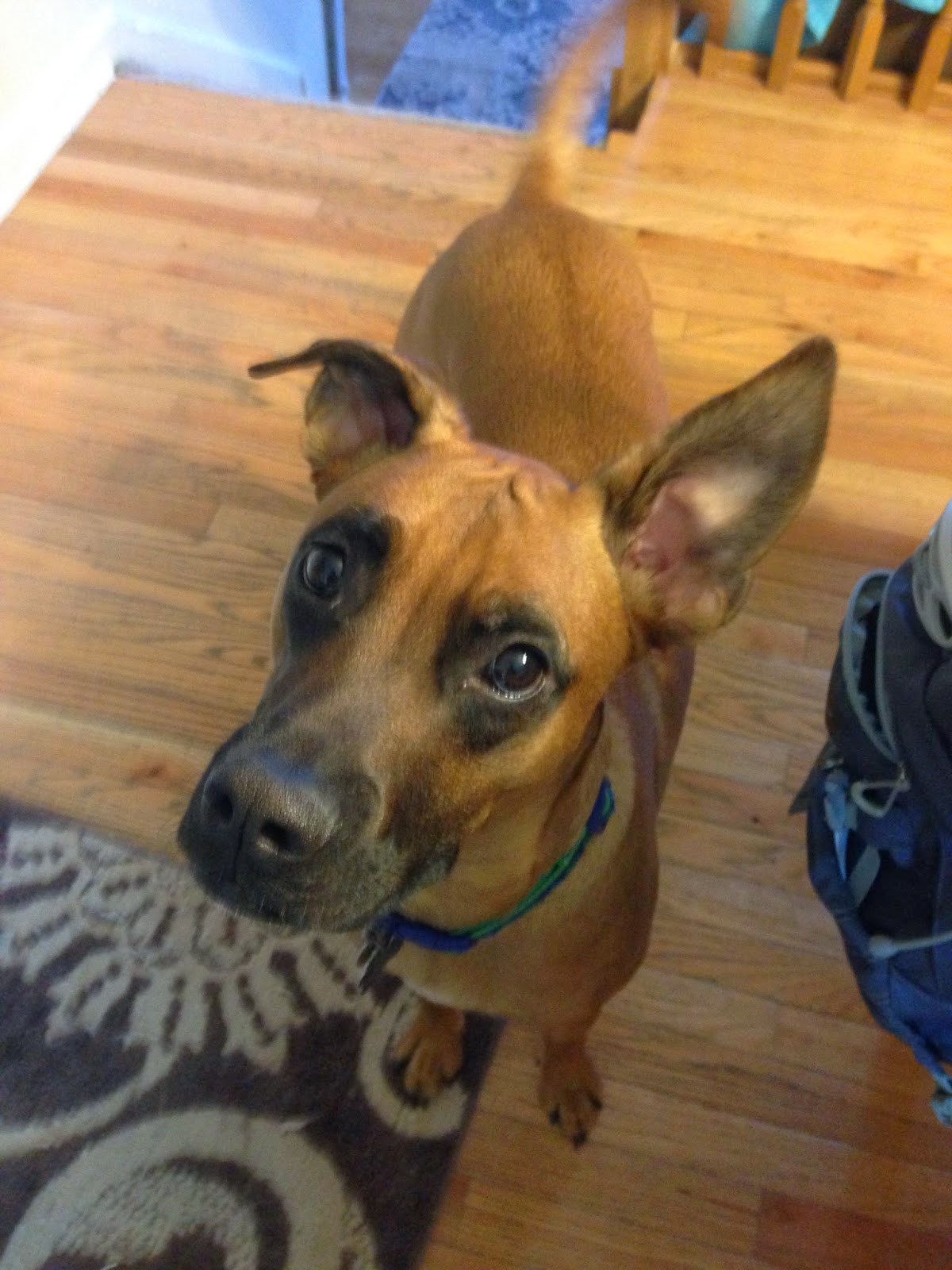 Did you say park? (Lily)

Now? Are we going now?

After the park, J took the dogs home and I went to the barn. The plan was to clean out my current area and move the extraneous stuff into the new box. It gave me a chance to clean out and sort through all of my stuff, organize it into sections in the new box, and clean my grooming kit. I've decided that I am going to start treating Ashke's hooves with the Farrier's Fix as a preemptive move to keep him from getting foot sore this spring. It. Took. All. Day.

Granted N has a lot of stuff, but really, I mean, it took all day. We swept. We went through everything. Found a sealed bucket of treats. (N) Found three bottles of shampoo. (Me.) Found three or four blankets that hadn't been touched or moved in a year and made a stack so people could take responsibility for their stuff. Ended up moving a bunch of saddle pads and unused tack to N's trailer or my house, and was very pleased with the result. I should have taken a picture. Maybe tomorrow night.

I knew I wasn't going to get a ride in, but I at least wanted to try the Isabell on his back and see if I needed to change the gullet. It fit without adjustment. I had Michelle check it for me and she said it fit very well. I put the stirrup leathers on the stirrups. Then I put it away. I will try it tomorrow night.

We let Cali and Ashke run in the outdoor arena. Ashke was moving so fast he was actually outrunning Cali up the line. He was racing her and kept kicking her butt. He had his tail flagged straight up in the air and was moving fast. This was the first time he's done this. Cali got a little pissed about it and tried to cheat, but even when she took off first and he had to cut across the arena to catch up, he out ran her. He can change a lead by changing the lean of his body. No cross cantering. Fifteen minutes of pure cardio.

I noticed how flat and strong his back looks when he moves. Almost time to have Elizabeth come out and take pictures of the two of them together.
Posted by Cricket at 7:34 PM