I think all of the incredibly wonderful lateral work we have been doing has made my horse sore. I think it is the lateral lessons and practice, rather than the saddle, because Cali is sore in EXACTLY the same spot. I put Sore No More on it and the BOT AP pad, and took him to the indoor. He stood calmly for me to get on, but had zero interest in moving into a frame, fighting me when I asked for a trot transition.

I opted not to fight and instead we went outside to walk around the property. That was tense. He quivered at the bunny in the field. He thought about turning himself inside out as we rode past a paddock with the bottom strand of electric fencing on the ground, which was zizzling as we walked past. There was a terrifying tarp whipping around in the 25 mph wind and he jumped sideways about five feet when Henry rolled down the window of his truck so I could tell him about the fencing. Finally, I was totally unreasonable at expecting him to step across the hose stretched across the lane, but he did it after much bouncing and snorting and stomping of his feet.

I rewarded him by stripping off his tack and loosing him with the NSH who looks a lot like Cali, and who tried to kick him with both hind feet. Luckily, he is very dodgy and she missed and by the end of their run they were friends. Toward the end of their time playing, they discovered the large pool of muddy water at the end of the arena. Ashke really thought about laying down and rolling. I was shouting curses and prayers at the same time, trying to get down there and stop him. I didn't spend an hour shampooing him on Friday for him to roll in the mud today. He didn't, but not for want of trying.

When I tried to put the saddle back on, he spooked and dumped it on the ground, then freaked himself out and tried to drag me through a mud puddle. Cassandra was there and helped me get the saddle back on. Lil' jerk. I'm thinking I need to teach him to drive so he stops freaking out about stuff following him around. Probably will need to start in the round pen unless I want to body surf the sand of the outdoor arena. I gave up and put him away. 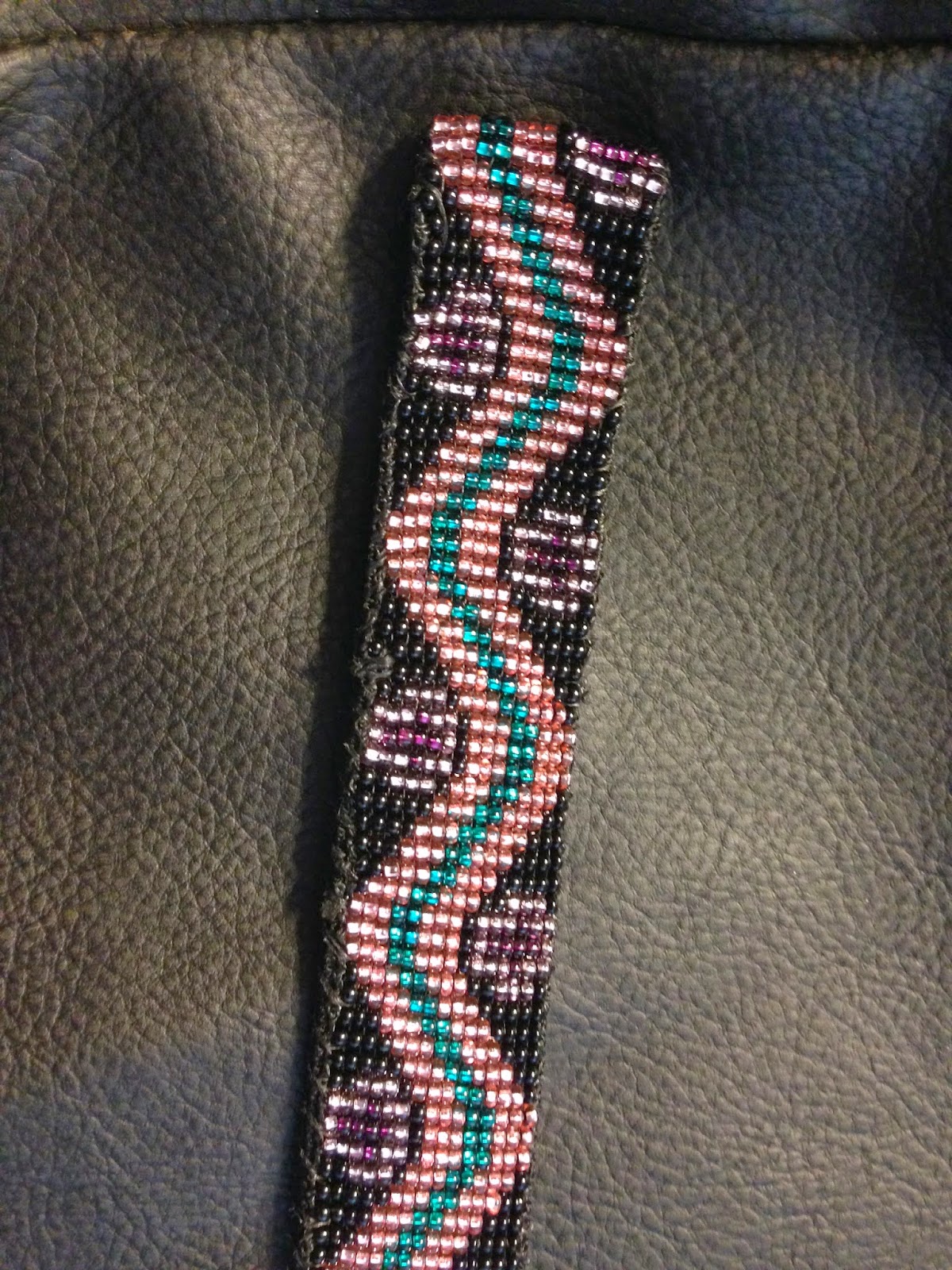 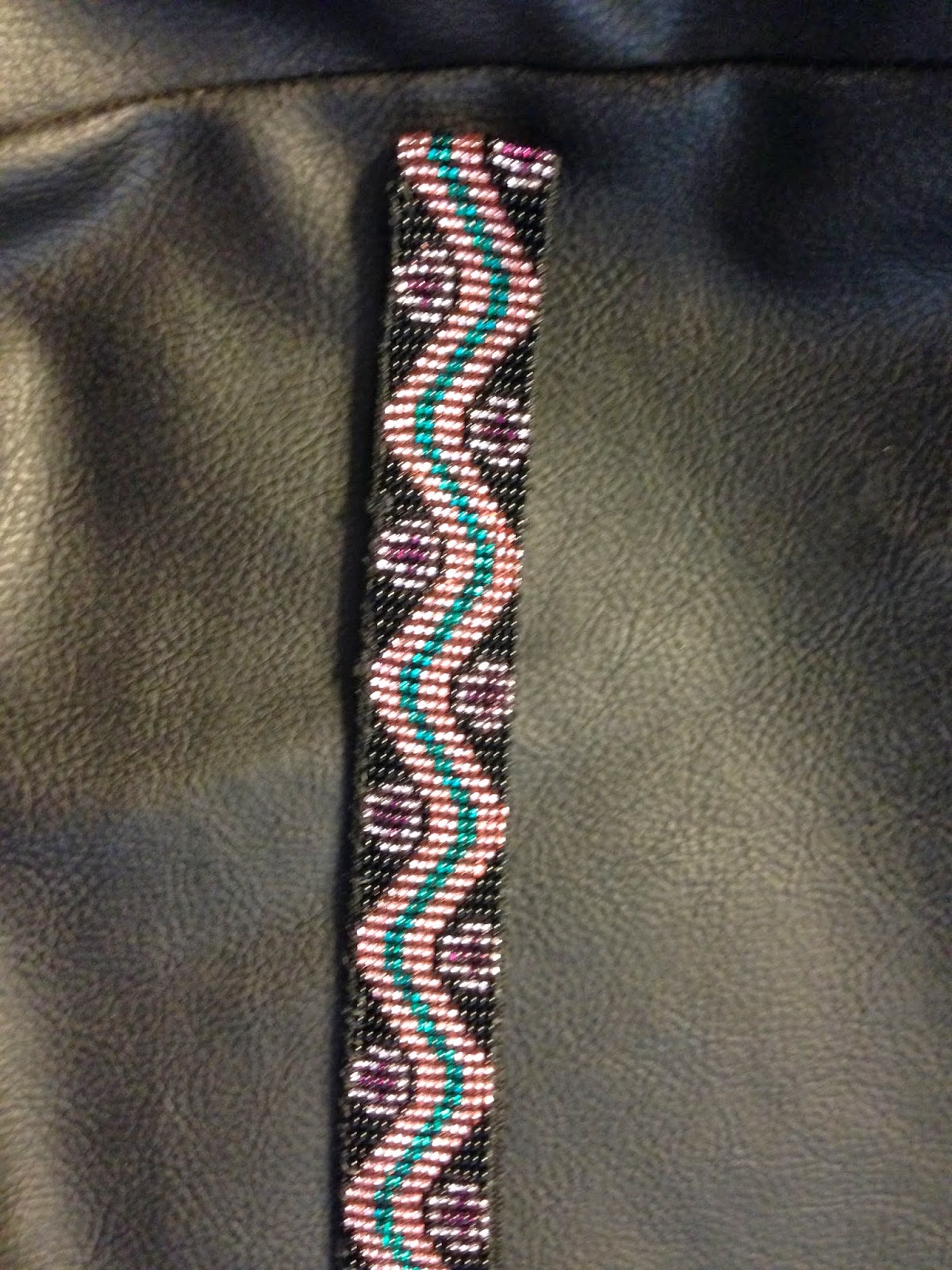 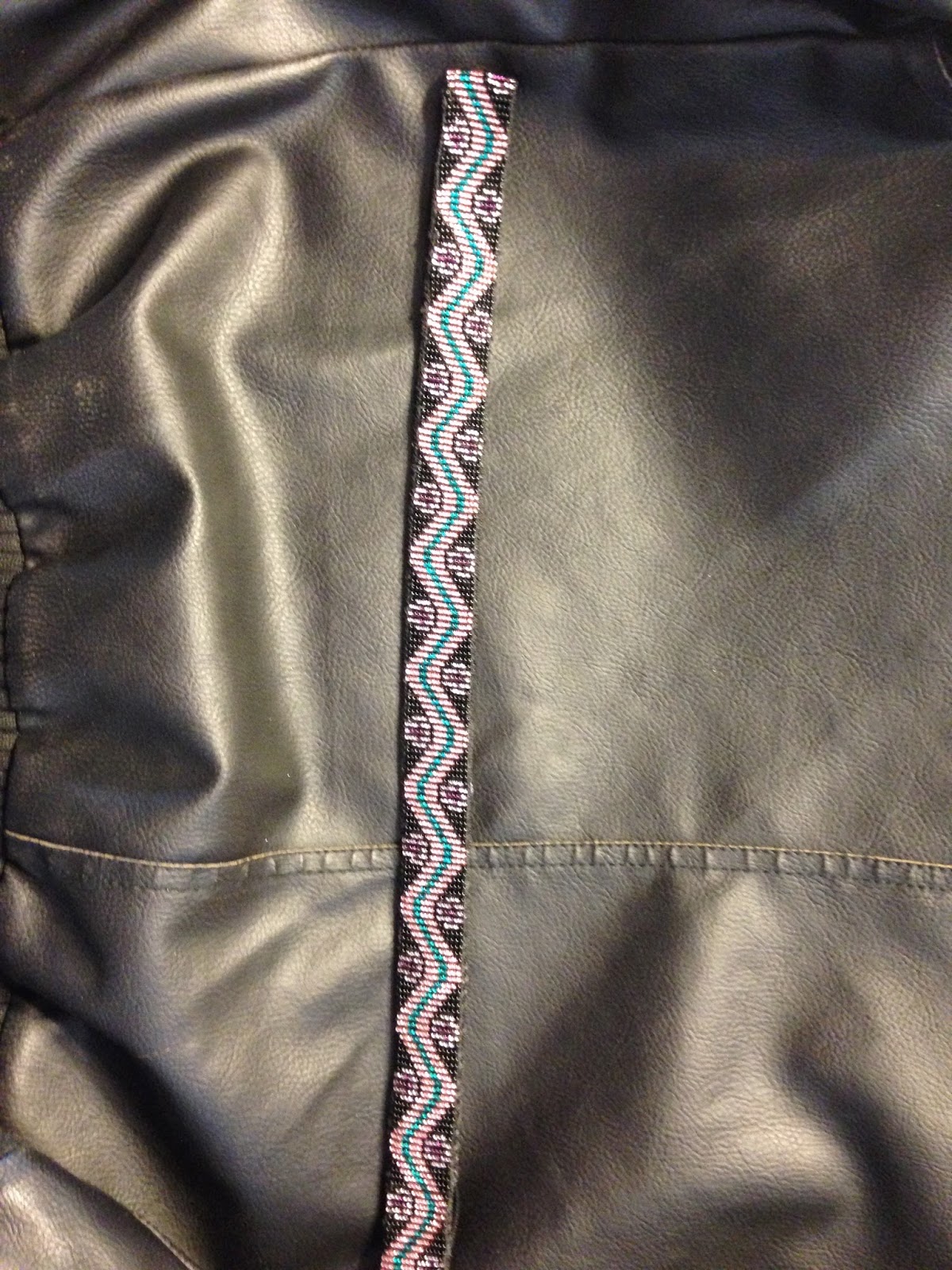 It's hard to tell the colors but the snake down the middle is pink and teal. The little crosses are light amethyst and dark amethyst. It was made for the Jefferson Jr Rodeo Princess and matches her chaps. It looks great on her horse. Hopefully I will have a picture them all decked out on the browband page.

I am making them by hand. It takes about 18 - 20 hours per band and both the pattern and the colors are specific to the horse and rider. I am charging $150 per band. Let me know if you would like to order one.