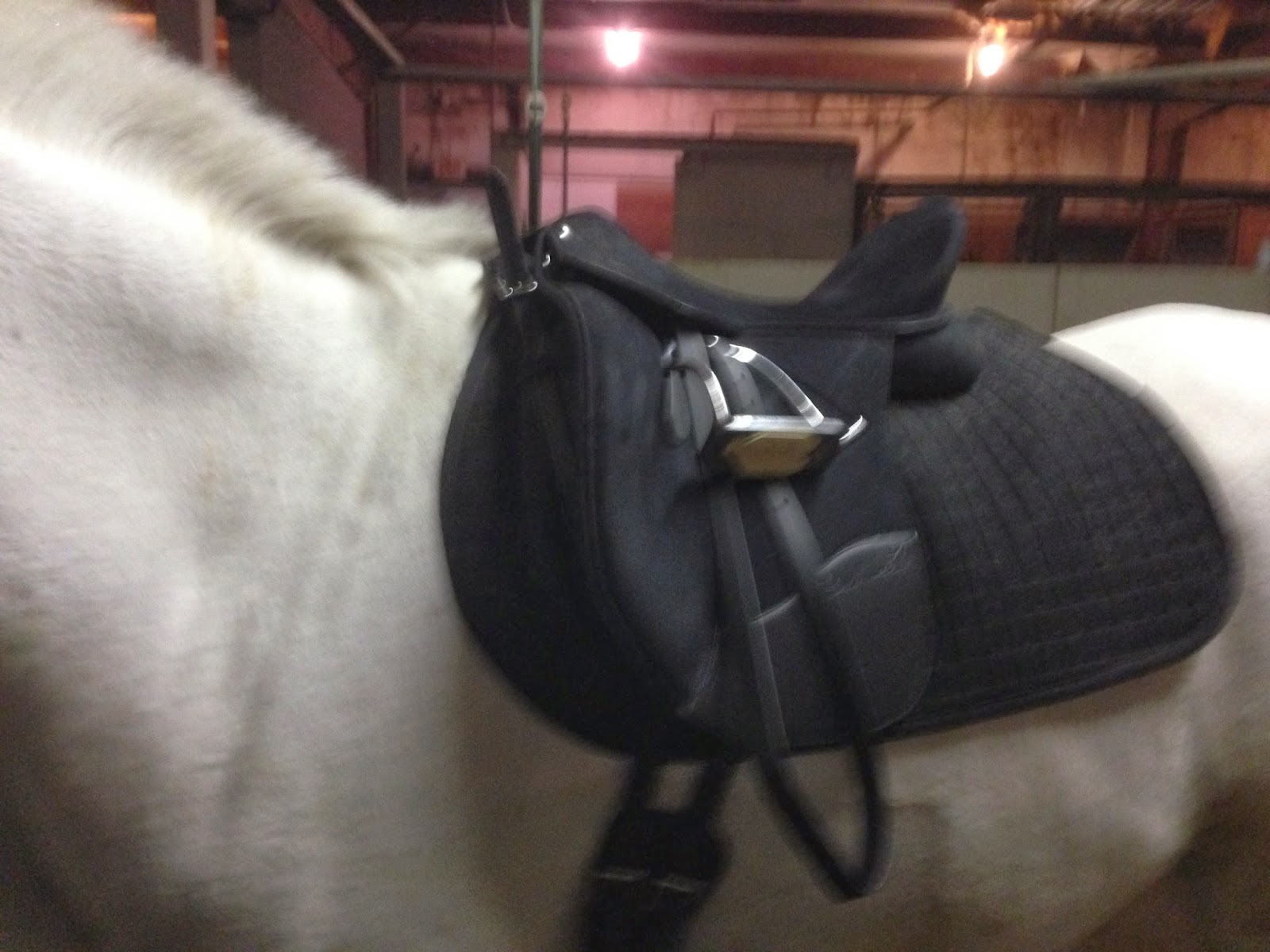 I had Cassandra check the saddle tonight. It was too tight. I gave her the measuring guide and she told me to go to the red gullet (wide) from the black gullet it came with (medium). I did. It was too wide. So she had me change to the blue gullet (medium-wide).  Each of those changes took 45 minutes to do and Dessa had to help me with the screws the second time, since there was no leverage to move the pieces back into place. That meant Ashke stood in the crossties for over 2 hours before the saddle was even on.

My 24" fleece girth was too short, so I borrowed the 26" leather girth that I got when I bought the Trekkerland WHICH HE HATES. (I had traded it to Cassandra). I have a 26" fleece girth, but it's at home in my basement. When I went to tighten it he was already pissed and he threw a little hissy fit in the crossties, bucking and kicking and squeeling.  I managed to grab the second girth strap and loosen it before he managed to kick down the barn. At the end of that fiasco, I was shaking and having to explain to Cassandra and the BM why the racket was going on.

After that little fit, I grabbed the lunge line and took him to the arena, where I let him express himself in a circle around me at a solid, non-stop canter for a good fifteen minutes. Then I climbed on and we walked and trotted around the arena. I was trying a new bit, since the Raised Rocking S bit is illegal in the dressage arena. It was a loose ring, french link, Sprenger KK bit. He did real well in it. He seemed better after our lunge and was very willing under saddle. I can feel more of what is going on in his body with the Isabell. And I posted ALL OF THE TROTTING. This is a major accomplishment for me. I wasn't exposed to posting when I rode at all of my younger ages, and posting with my strained back has been impossible.

I still feel guilty about actually owning three saddles though. The Trekker is fixed and will be staying with Bev for retail on Saturday. I can't afford to risk bringing it home for a chew toy for the dogs again. It's just easier at this point to have her keep it and resell it at a show. My only other consideration is do I keep the Isabell or resell it once I have the Alta? My practical self says resell it and pay down the credit card, the other part of me says keep it to do dressage in.
Posted by Cricket at 10:03 PM