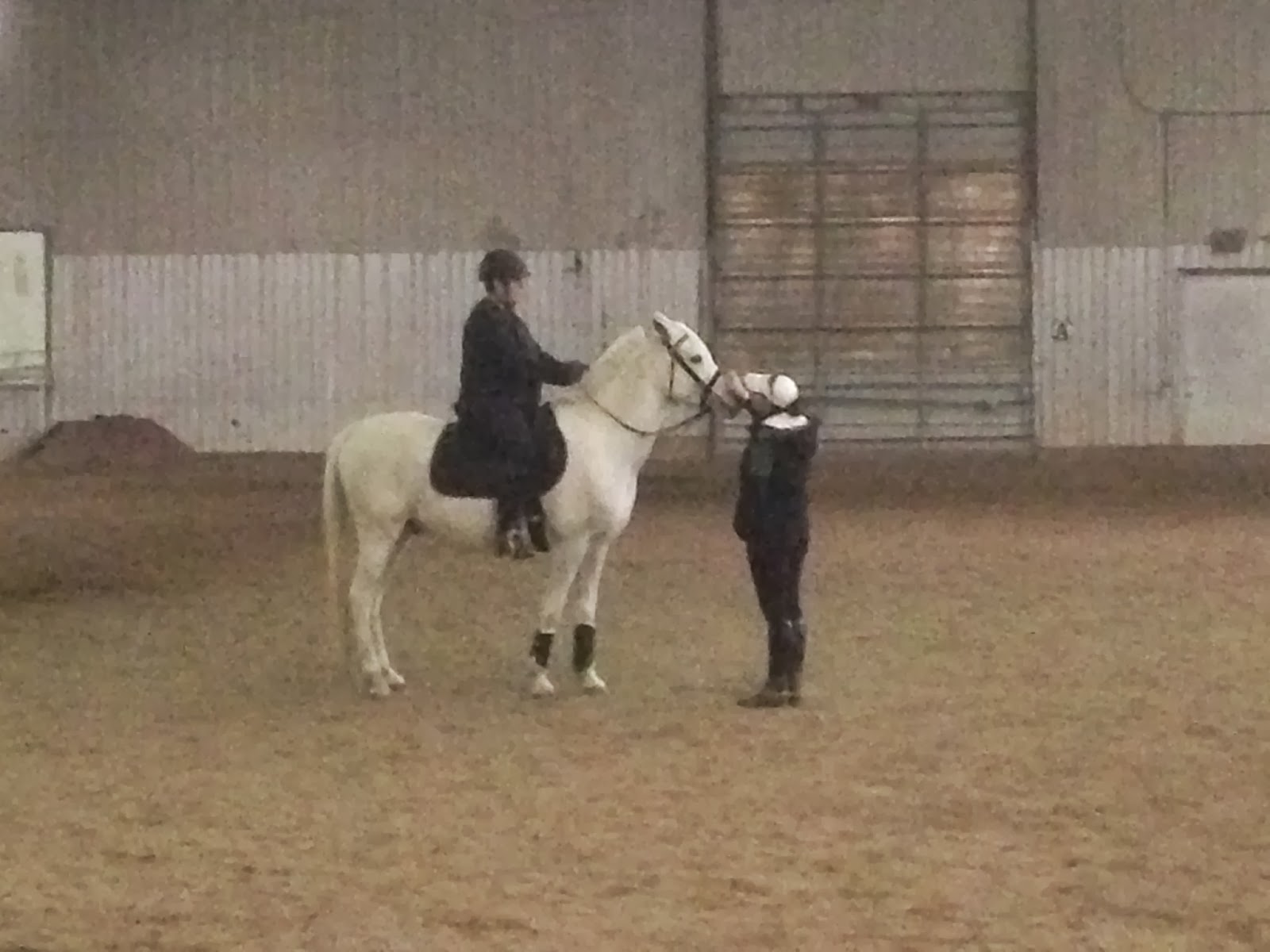 We had a lesson tonight. I hadn't really ridden since Saturday (remember we walked a lot on Sunday and I didn't ride on Monday). For some reason I am exhausted all of the time. 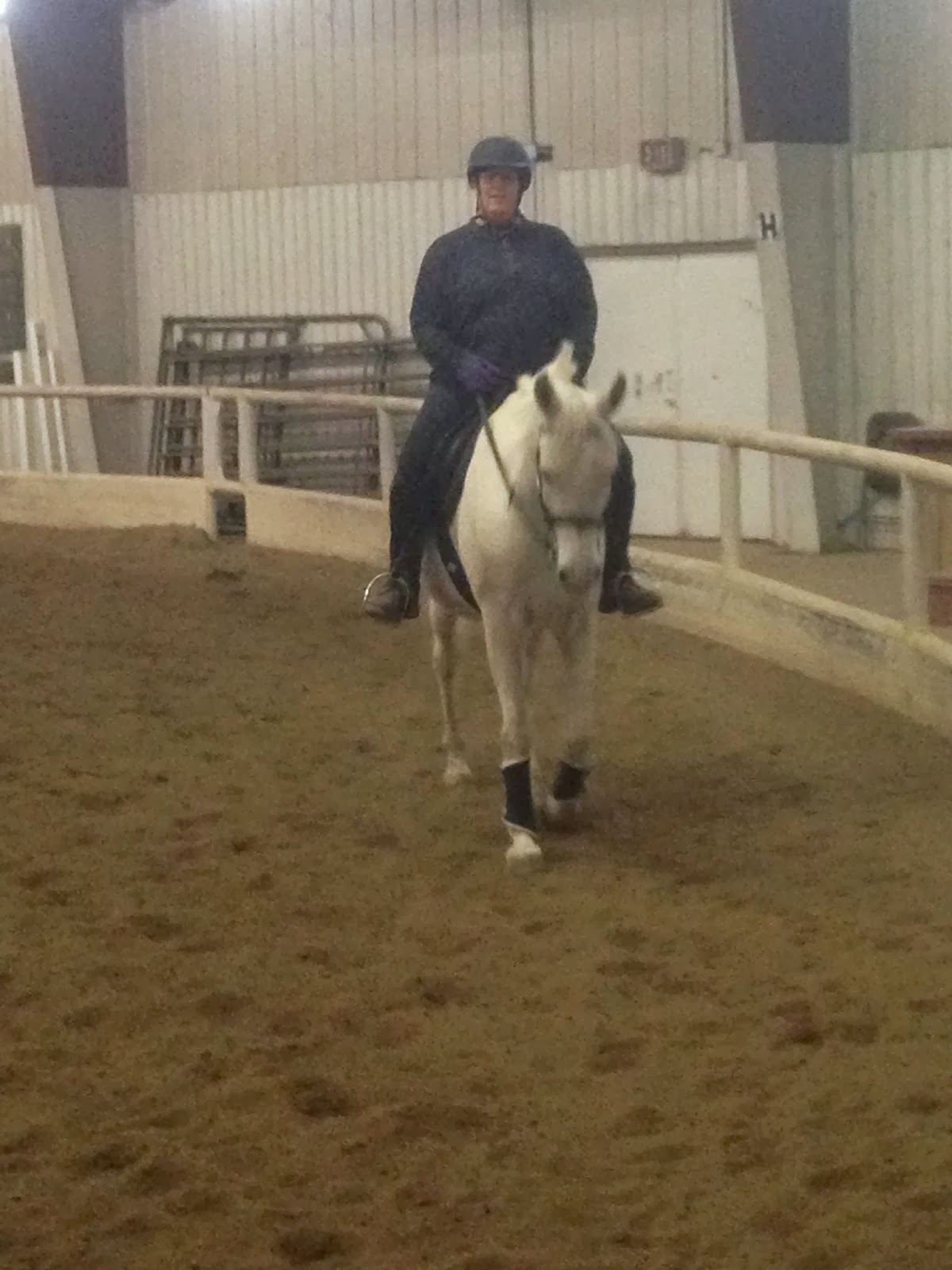 He sure tries his heart out for me. We started the lesson with a wonderful shoulder in movement that dropped Cassandra's jaw. She asked me where I learned it and I told her from her. I pay attention to everything she tells her other students when I am in the arena when she is giving other lessons. Some of it must be sinking in.


Trying to be straight again.

We didn't canter much, because I slipped on the ice yesterday and strained my lower back. I have a huge knot of muscle over the SI joint on my right lower back. (I really need to order some Rocky Mountain Rescue Rub.) Cassandra said we both were bracing when trying to canter. Going to the right was tough and I know I get tense, which causes Ashke to brace. Tonight he almost tried to run away with me for the first time in weeks, rushing into the canter. It got a little bit better to the left, but I think we were both really tired and just not feeling it. 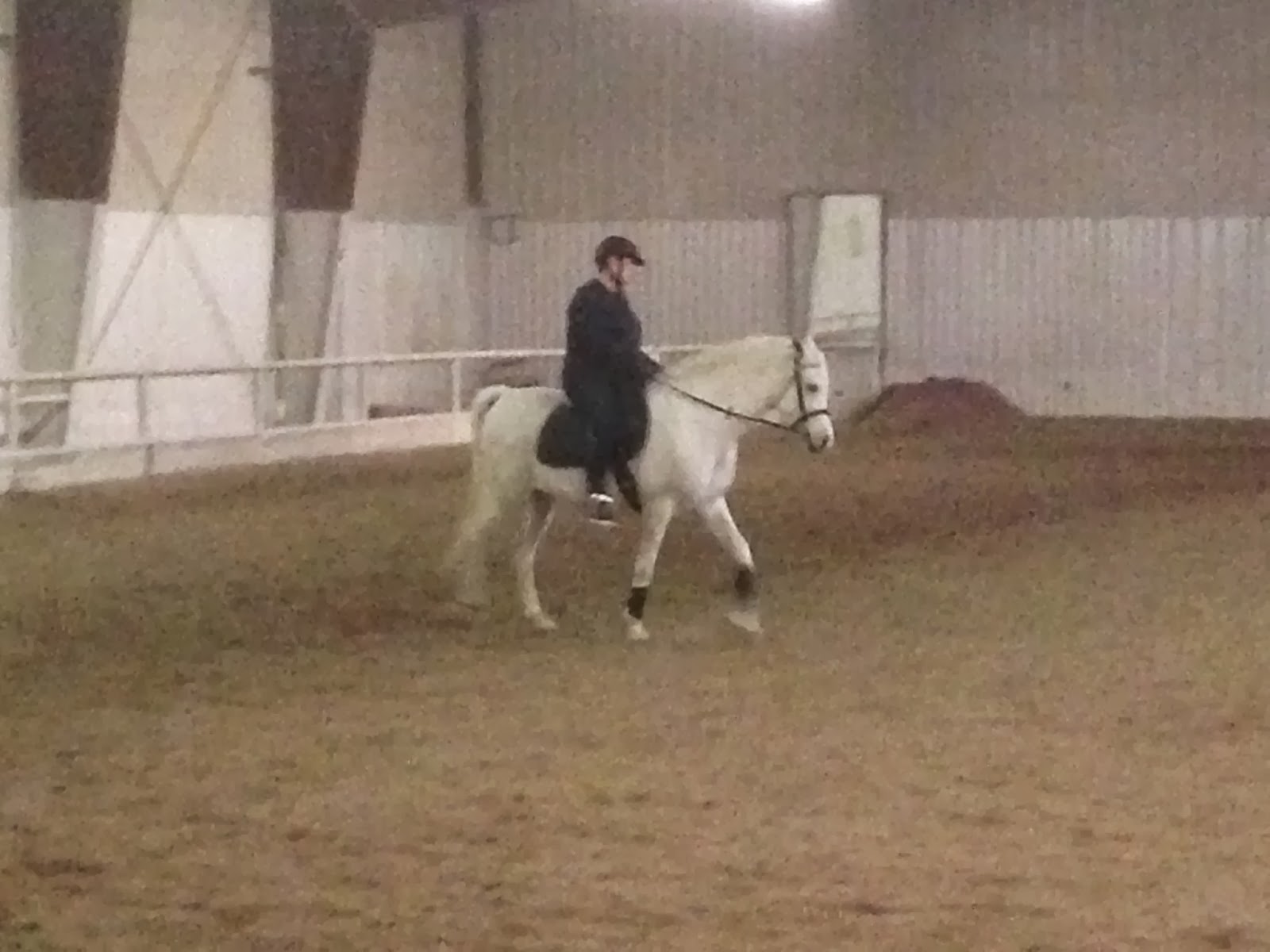 I really just need to do it over and over and over again until neither of us is worried about it. Part of the issue is the Wintec is not nearly as easy to ride in as the Trekker was and I feel much less stable. And I am still not entirely used to it, so when we cantered tonight, I was slipping to the outside of the saddle and catching myself on his outside rein. He was bracing against that and we just weren't able to relax. Cassandra got on and tried. They had a nice little canter but it was obvious Ashke was tired because of the lateral work we did. 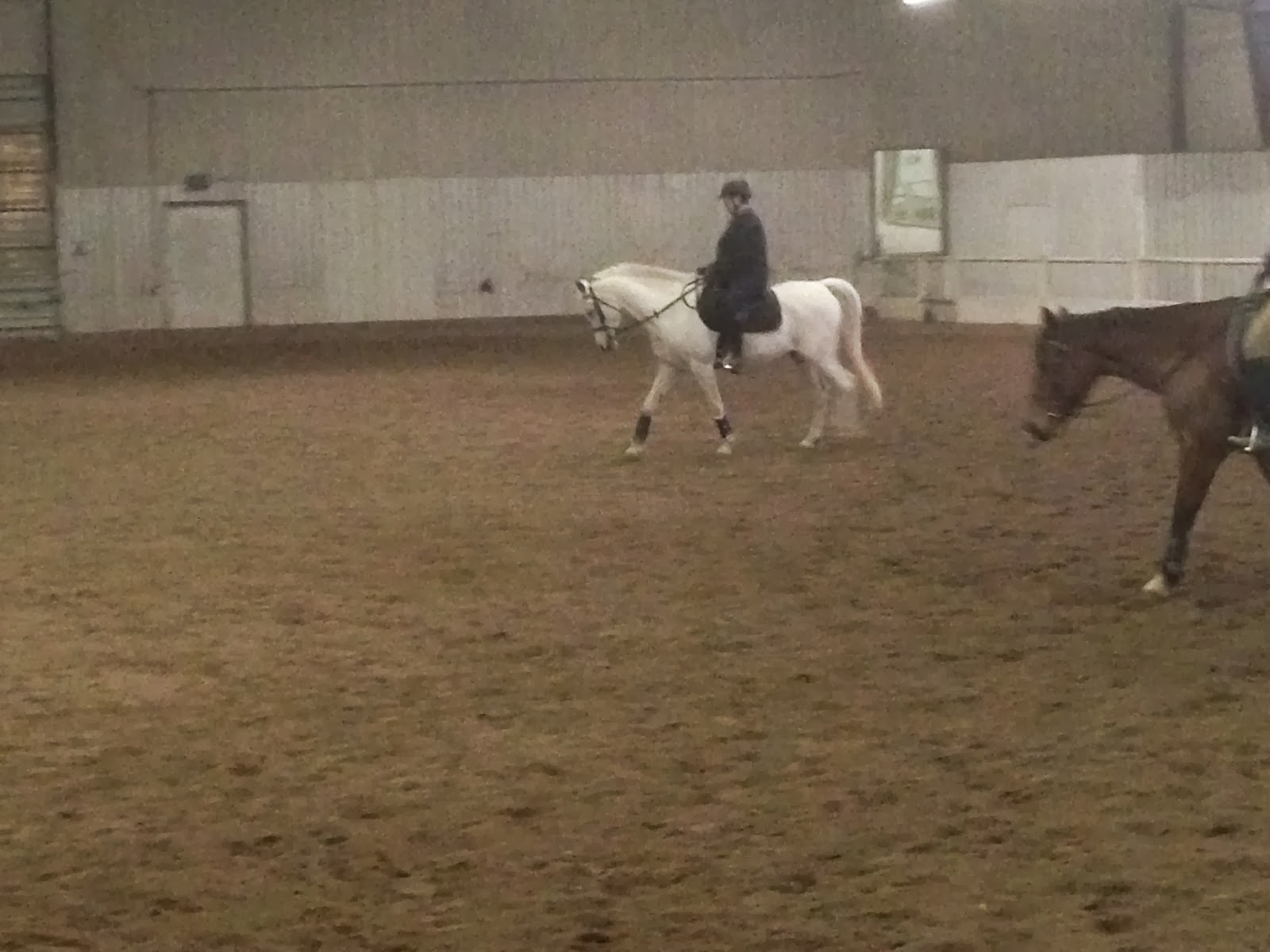 I told Cassandra that I wasn't going to show away from TMR until I had my saddle. I think once I am riding in it and confident that I am not going to slip or throw him off balance (arms and elbows a flying) then I will start thinking about showing him away from the barn. (There is a home show this weekend I am planning on doing which should be fun.) My biggest issue and one that I just can't seem to correct is that I hold my right shoulder up higher than my left. Something crazy.