Today was a day to work Ashke in the training system. He wasn't very happy about it. 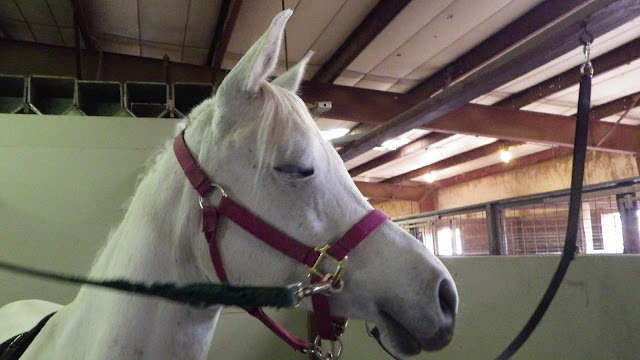 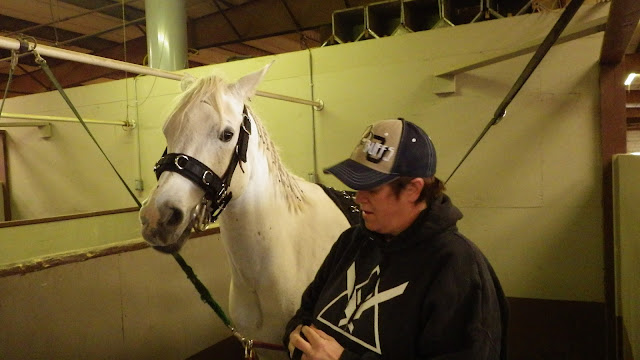 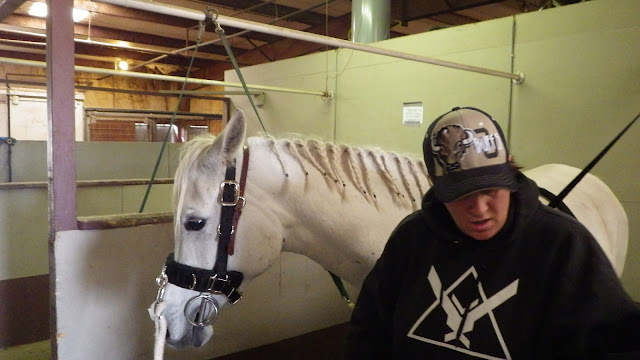 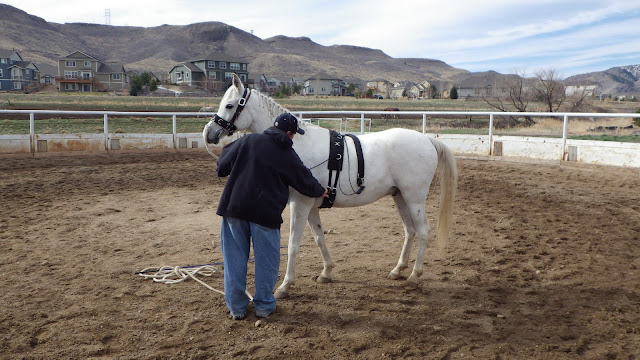 Getting all the cables hooked up. 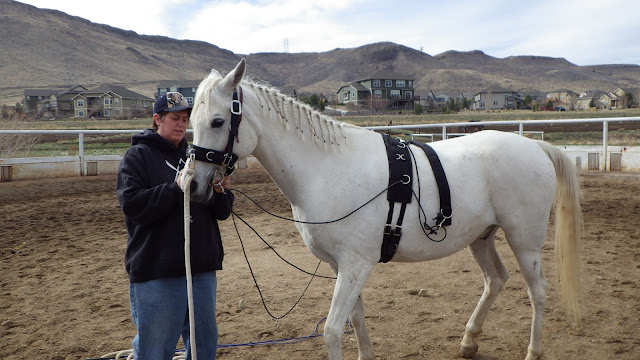 He really doesn't mind the surcingle or the cables that hook up, at least not until the butt band is dropped over his tail and against the back of his legs. 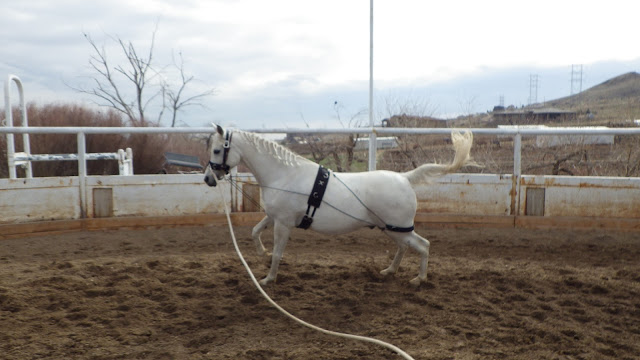 Then he starts with galloping, although he really can't get a head of steam because of the training system. 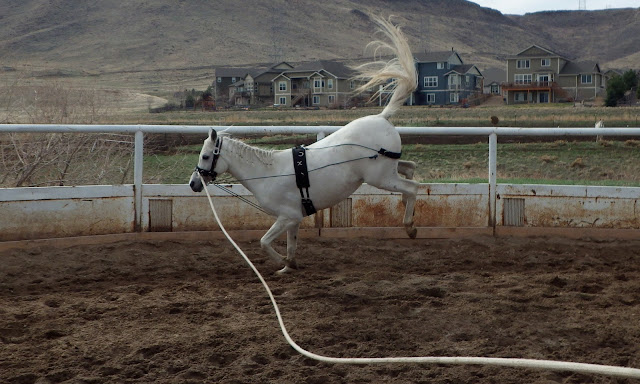 But he can do this. In preparation for his handstand.

There was a lot of kicking. He really hates the pressure behind him. It didn't take as long today for him to give in to the pressure. 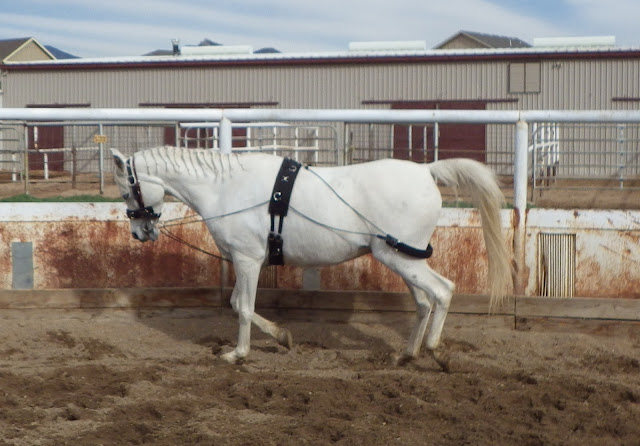 After his frantic gallop, Ashke slowed down and I was able to release the lunge rope. This system works best when the horse figures this out on his own. 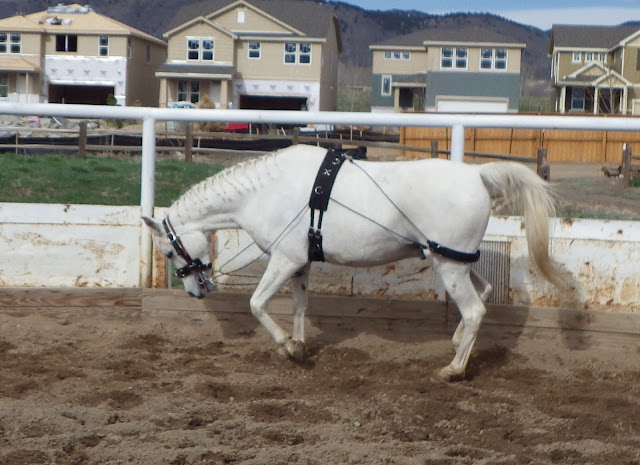 He was working very hard and tracking up under himself with his back feet. 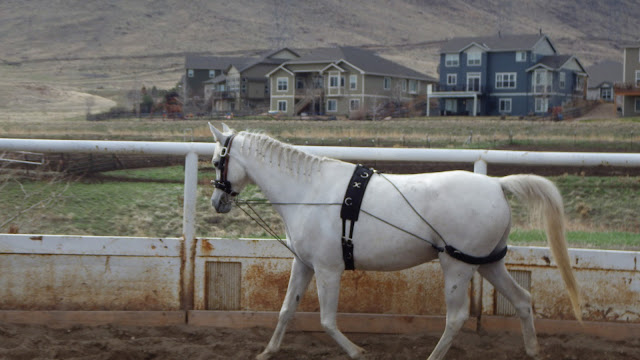 He was giving a lot more to the pressure, more quickly, then he had on Tuesday night. 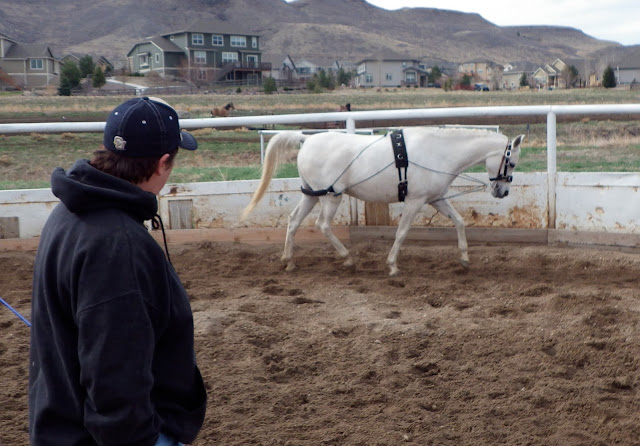 We changed direction a lot. I could see when he would start to get tired and we would change direction. 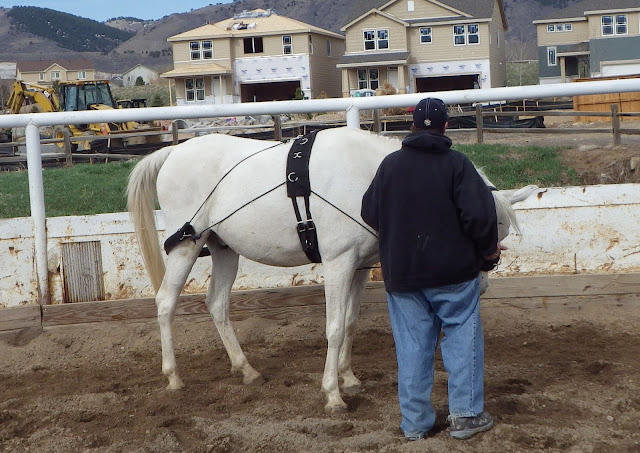 He was very affectionate when I turned him around.

By the end, there was no fighting or struggle. 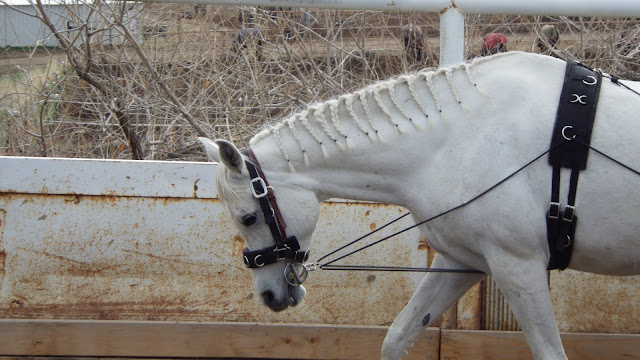 This head down, back up thing is hard. 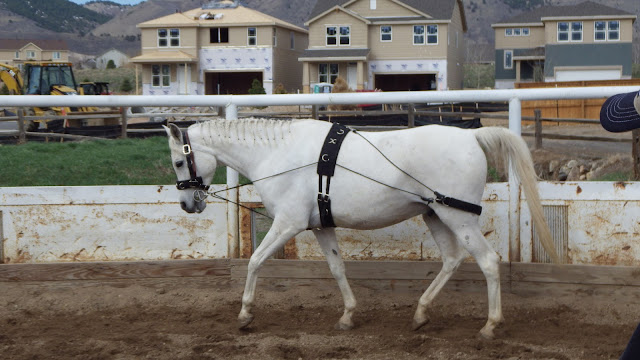 I did explain, several times, that I knew this was hard but Diane had prescribed it as physical therapy and training in order to make him strong enough for a race. 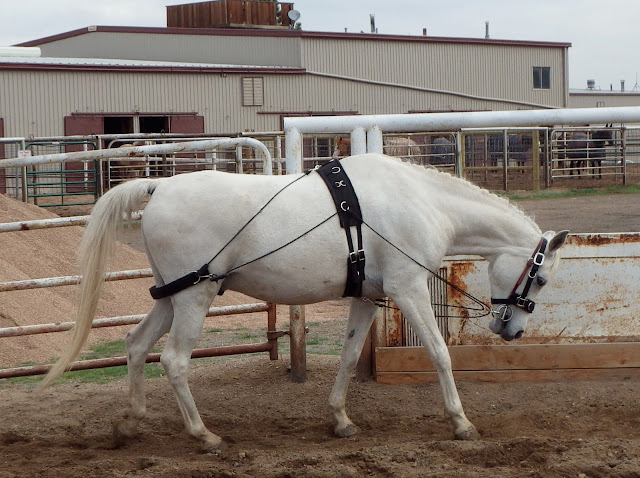 You could see the muscles in his back flex and move as he did. I'm hoping it will also tighten up his abdominal muscles as well. 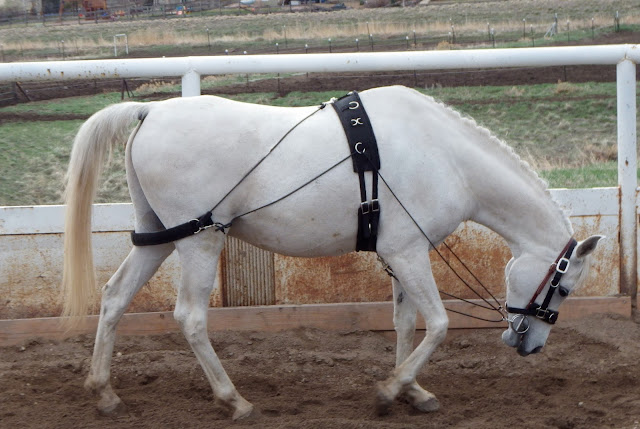 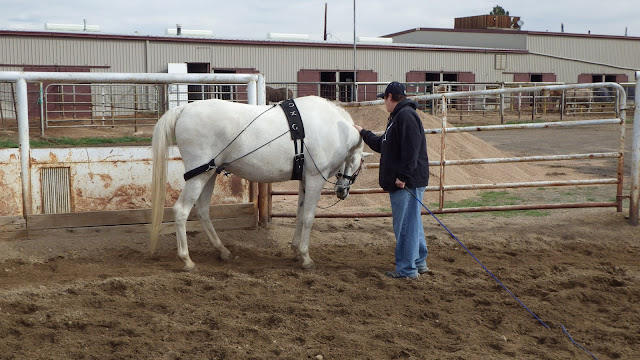 Seventeen minutes and he was done. 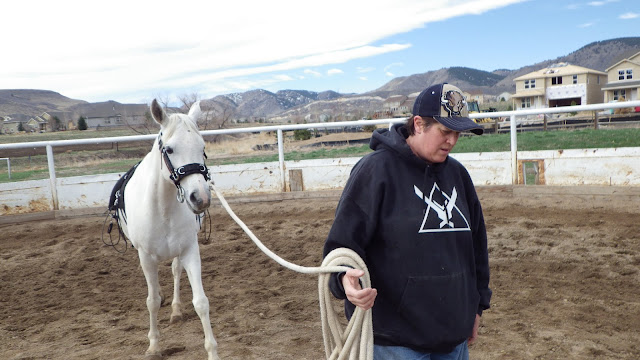