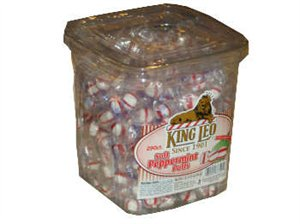 I am going to have to start a 12 Step Program for Ashke. That's all there is to it. He's started nipping again and I'm blaming the peppermints. I created a monster and now I am going to uncreate it.

Reasons for the program:
1. Bit at T's face last night, as well as his shirt, his fingers and his shoulder
2. Bit my finger two nights ago, plus my hands, my shirt, the front pocket of my jeans
3. Bit at J's hands several times

I have tried the Ttouch and it just pisses him off. He is acting like a spoiled toddler and I'm going to have to take some drastic action. I'm thinking about biting his ear the next time he tries. There are two problems with that . . . he can get his head higher than I can get my mouth and I'm not sure he would understand the cause and effect if I can't do it immediately. I just know that biting a toddler immediately after they have bitten you is a fairly effective way to curb this behavior. Of course, toddlers are much smaller and easier to get your mouth around. And less hairy.

After Ashke went through his biting fit, I took him and locked him in his stall without carrots. All of the other horses know that when Ashke goes in his stall they all get a small bite of carrot. Ashke searched his bin and then began whinnying at me. I ignored him while I put the whip away and locked up the tack room. By the time I turned around from the tack room, Ashke had stopped whinnying. Instead he had his head pressed against the bars of his door, the tips of his beautiful ears sticking out, wuffling his nostrils at me with the softest of wuffles. I walked back to the door and he gave me the softest eyes ever, still fluttering his nostrils. I asked him to back away from the door and he did. I opened the door and asked him to back again. (All without touching him). He backed away, his neck curved and his chin almost touching his chest, still fluttering his nostrils. I caved. Carrots went in his bin and he rubbed me in thanks as he reached for them.

I understand that he is going to be food aggressive. He was starving just 21 weeks ago. I don't mean hungry. I mean starving. That leaves a mark that will take years for him to overcome, if he ever does. I've had animals that have been starved before I got them and they have lived their entire lives without ever getting over it. He just has to figure out that he can't be food aggressive with us.

I also understand that Ashke is going to want affection and attention, since he is an Arabian and has been neglected. I think that at least in part, he is feeling bored or stifled in our process. I know he wants to get out of the round pen, but I haven't had the time to work him in the big arena this week. T started back to school and we have a new routine in place to deal with homework, et al. I can't stay out as late at the barn as I was, since his bedtime is 9 pm. That means I have about an hour less than normal to groom and ride. Ashke was pretty anxious last night. I think he needs to spend some quality time working through some obstacles tonight. I'm thinking cavaletti and labyrinth and maybe something with the barrels. I'd like to figure out a way to make a "car wash" using the barrels and a curved pole, plus plastic. At least the weather has cooled off and it won't be so hot setting up the stuff. I'll be sure and get pictures.
Posted by Cricket at 9:25 AM