Not a lot of riding since Thursday. We did dinner at Ocean Prime on Friday night in celebration of J’s birthday. Saturday dawned cold and grey, with white bits spitting from the air. I decided to explore the Rocky Mountain Horse Expo. This was the first time since 2015, that I wasn’t down there riding. It wasn’t an option because of it being the first weekend in March, which is pretty impossible for me to get off from work. I’m really glad I didn’t go, since the clinicians were limited, the vendors were minimal, and attendance was really down. 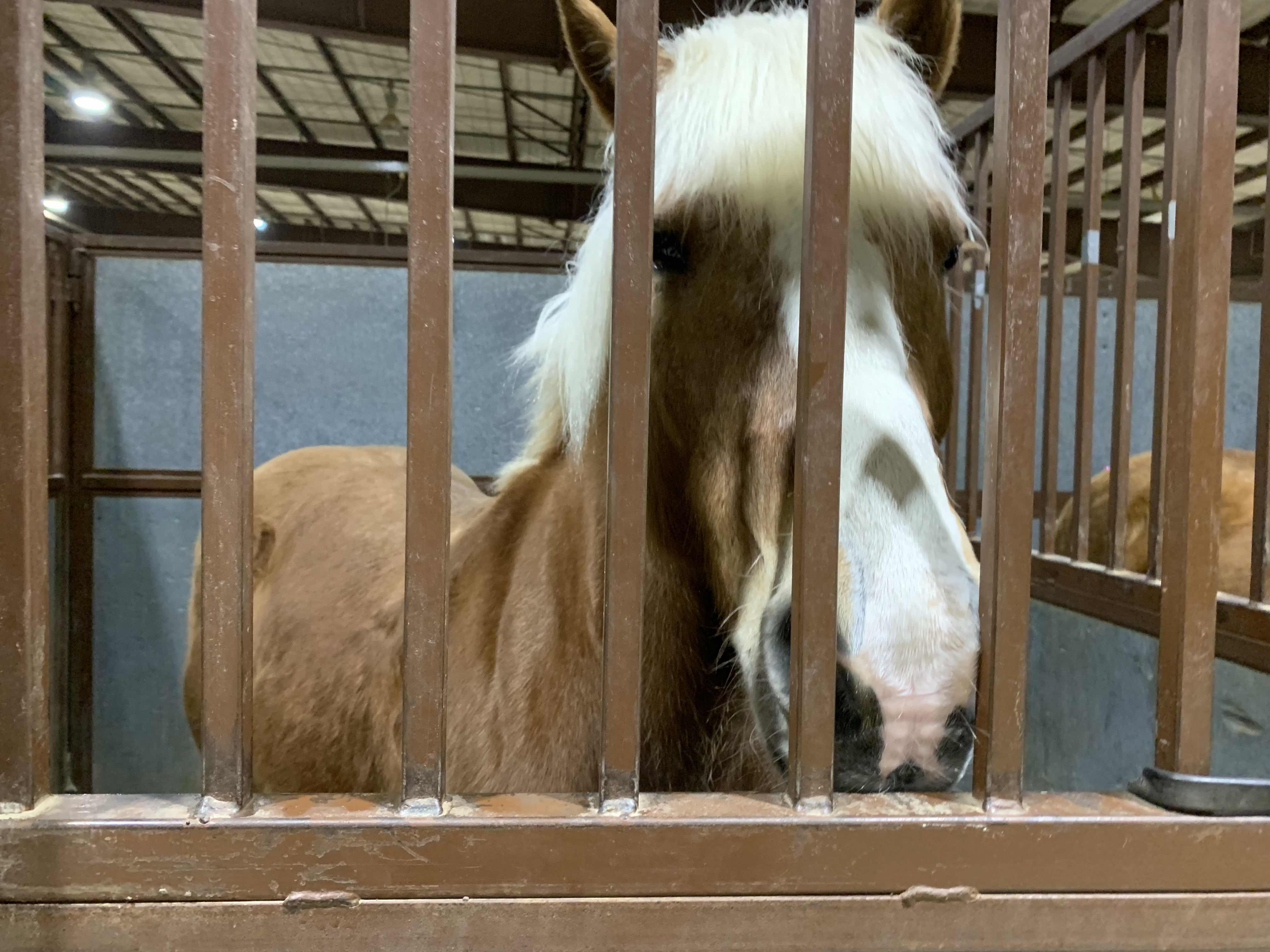 Remember this face?
Eddy was part of a performance of Hafflingers working at liberty. K was a little nostalgic until we watched him ignore his handler, run around wherever he wanted, nip at his handler three or four times that I saw, and just be Eddy in general.
I think after watching that performance, K realizes her connection with Aria is much more better. 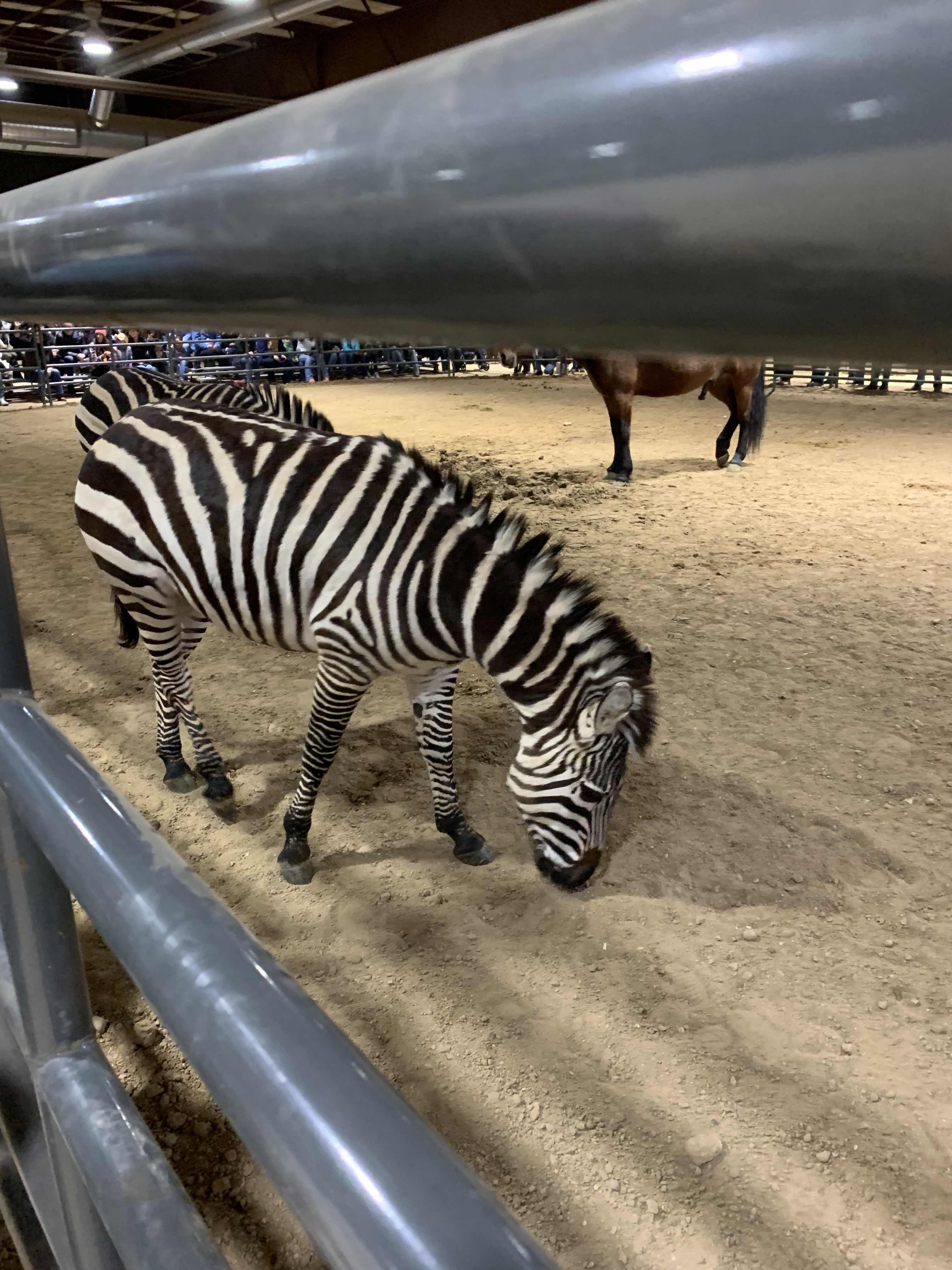 There were Zebras.
The woman working with them had a couple of things to share: they don’t give into pressure the way a horse will. Instead, with some Zebroids, it really kicks in the “flight or fight” mode, with the emphasis on fight. She said that they bite and refuse to let go, which is down right terrifying, and seemed to make an impact seeing as none of the spectators tried to pet or attract their attention. 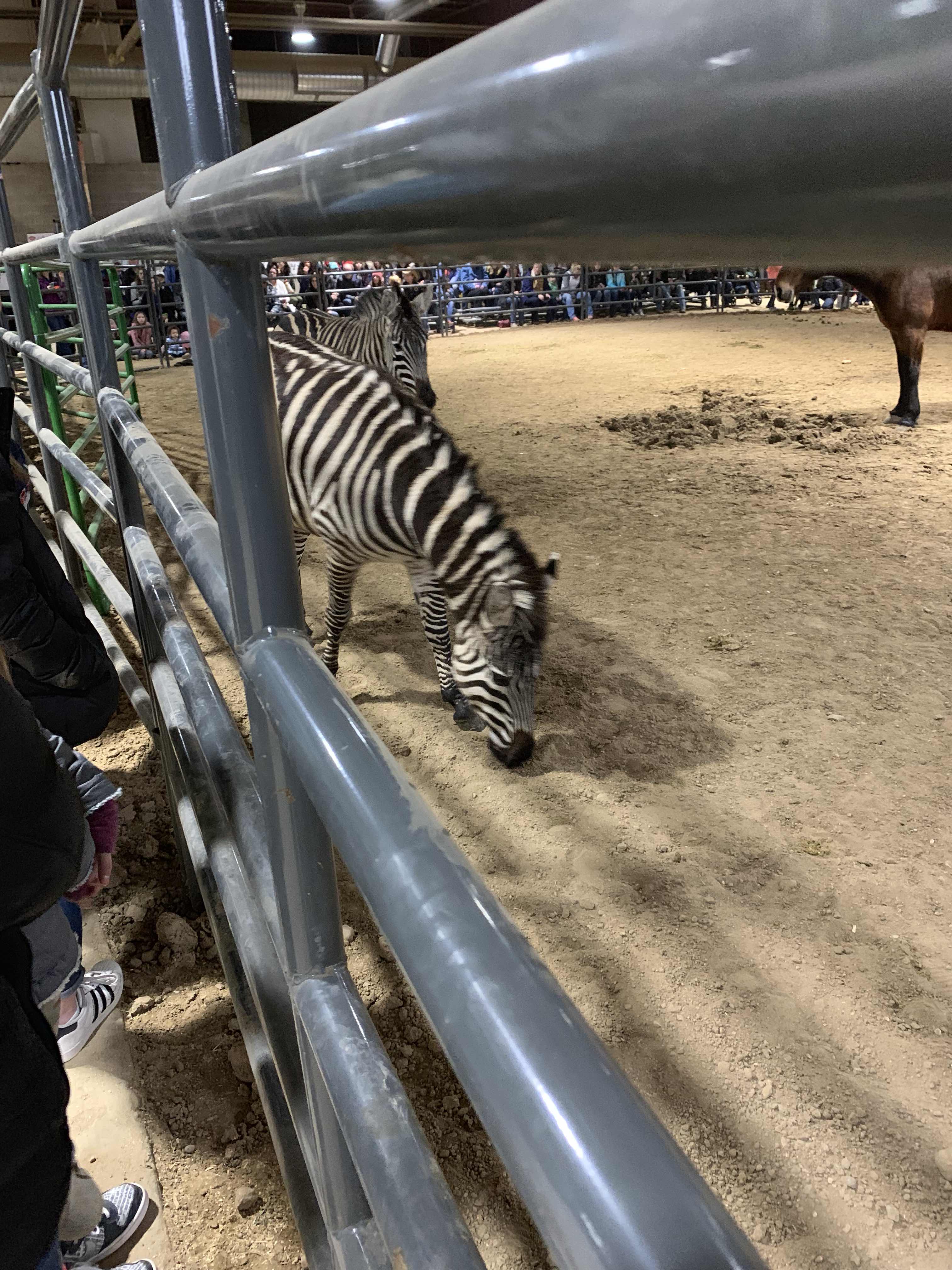 The one in front was a two year old male and the one in back was a 4 year old female.
I have always thought Zebras were beautiful, but I really don’t think they should be domesticated. Just let them be wild.
I wandered around the vendor booths a bit and managed to find the exact pair of spurs I am currently riding in, in a black and silver motif, for my show attire. 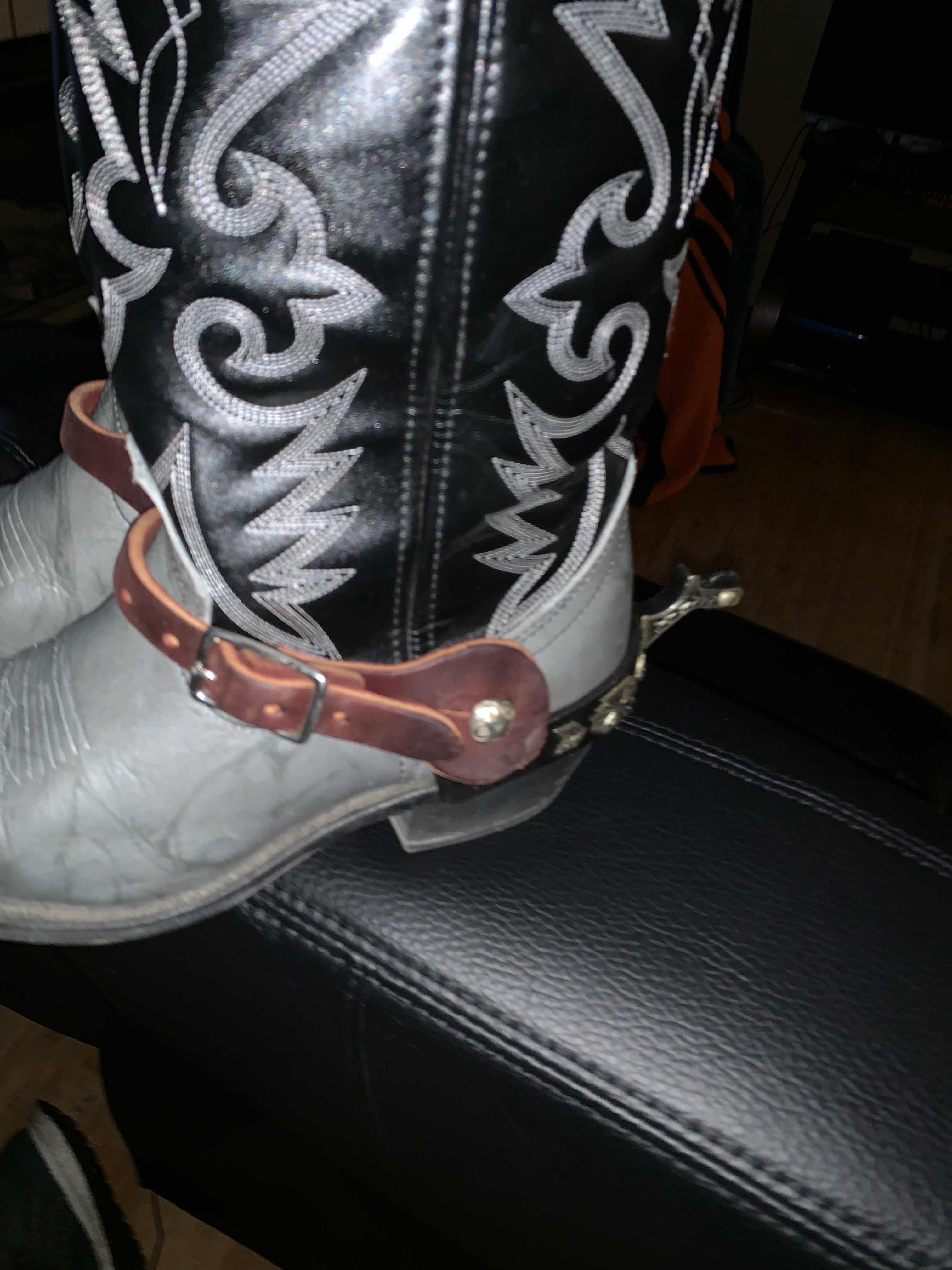 I may try to find black spur straps or I may leave the brown, since all of the rest of my gear is brown. 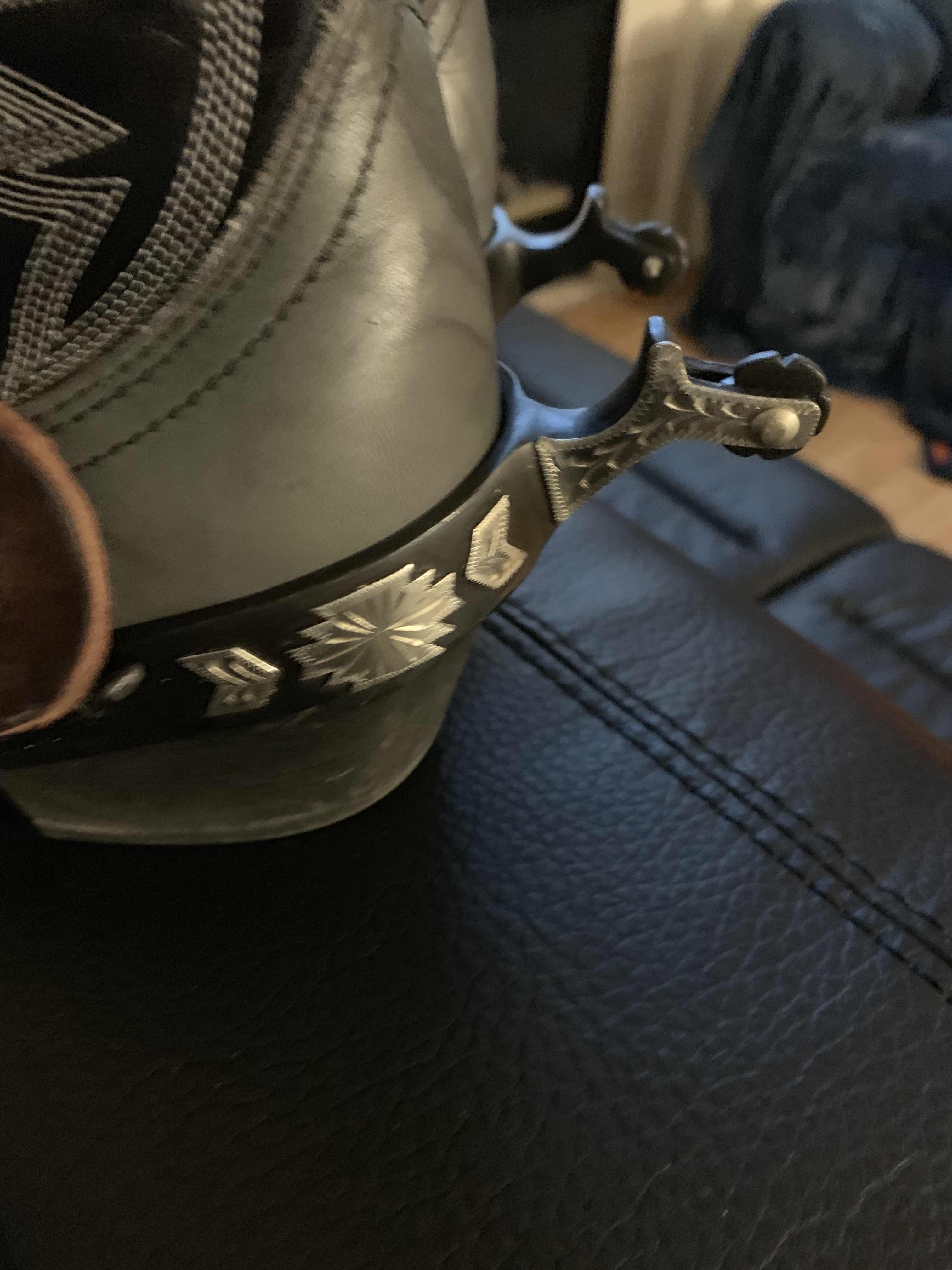 One inch shank with soft rowels.
I stayed til 8:30 watching the Mane Event, which consisted of a bunch of people hauling on their horse’s mouths. The sidesaddle group was pretty awesome and the vaulting group was very good. I found it really interesting that the vaulting group was working as a performance group this year. I wonder if they are competing. In the past its been a group of kids vaulting on and off various sizes of horses. This year is was way more polished and put together. The rest of it was meh.
Sunday morning was -8 and eventually warmed up to 7 degrees. The new heater in the barn seems to be doing it’s job, which is awesome. There was no ice in any of the buckets. Ashke, who stalls next to the door at the far end of the barn where it is much colder, had zero ice in his bucket. My insulation project is still working. I checked his temp under the blanket and he pinned his ears at me, moving away, and sent me an image of him shivering in the cold if I took it off. I wasn’t planning on it. I just wanted to make sure he was warm. The carrots made up to him.

He has a new buddy who has moved in next to him.
So far they have played a little bit of bitey face without winding themselves up.
Lakota seems like an awesome horse and I really hope they get along okay.