Ride #21: The Training of a Bridle Horse Rider 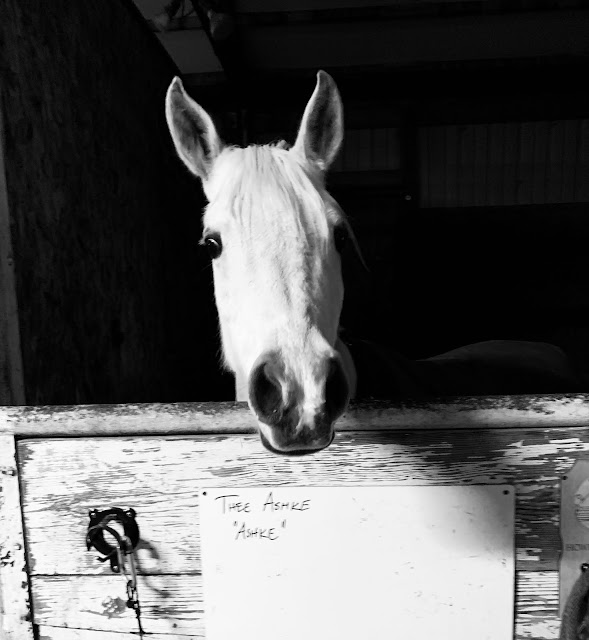 We had a lesson last night. Ashke warmed up well, with a little stiffness in his hocks to start, due to the temps in the area. It's been fairly comfortable in the day, but the temps are dropping with the sun and the indoor isn't exactly warm. I had tried to ride on Wednesday, but it was frigid in the indoor, so I opted out and just stuffed carrots in the boy's face. Thursday was a much better day and probably the last day of riding for maybe a week, because March is roaring in like a lion and the temps in the next three days are not supposed to get above 12.

We warmed up with some nice fluid walk, then some medium trot, where Ashke is now snorting in his circuits around the arena. It's that "I'm having a great time" snort, not the "OMG, the baby dinosaurs are going to eat me" snort. We went back to the collected trot and worked our shoulder in, then haunches in along the rail. We finished with some medium canter in a huge circle, working forward and back in that gait. By that time, he was moving nicely and felt warm, just in time for the lesson to start. 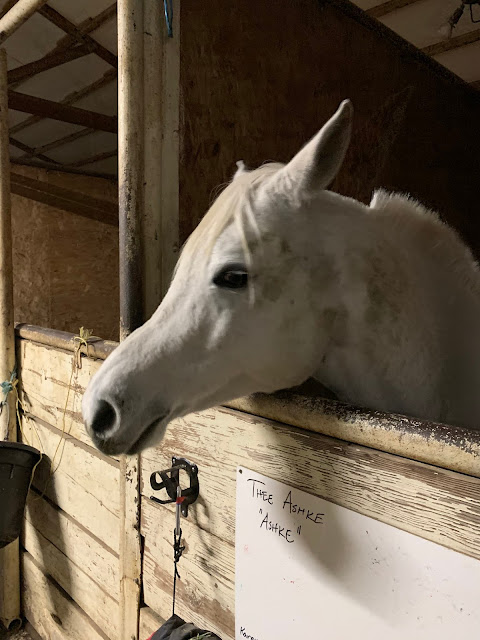 Not impressed with my shit

We started with our lateral work at the trot - leg yield to half-pass and back again in both directions. I could feel the stickiness as he was a bit hesitant to reach with his left hind leg, but as we kept going he got more warmed up and able to flow. Then we worked on the serpentines with a simple change. When it was time to start working on the flying changes, I told Amanda that one of the things I had noticed in the video was that on the change from right to left, he was dropping his shoulder and diving for the turn around the cone. That was pushing us out of position to ride the double slalom correctly.

Amanda told me to use my thigh (same thing Saiph said) and keep him straight until I need the turn. We worked on that a couple of times, but I kept running out of room before the turn. Amanda had me work the long length of the arena, asking him to keep his body straight in a line of three tempi changes. The first time he threw his hips around quite a bit, but the second time I got three changes in a row with him fairly straight. We ended up with a bit of a buck to straighten himself out. I tried that change one more time, which he gave me flawlessly.

We moved on to working on the medium canter along the long side. I had to remember to breathe because I was holding my breath the entire circle and leaving myself light headed. Then Amanda had me working him in the collected to schooling trot off just my legs. OMG. I was beginning to feel like jelly.

We finished up with some one handed riding, since that is our goal. Amanda told me to add five minutes or so of one handed riding at the end of my rides. Riding one handed makes it really obvious whether you are riding off your legs or not. We did pretty good, even picking up a nice canter in each direction (we didn't try a change though). I was wiped out by the time we were done and my butt, thighs and lower back are all protesting today. It was good though.

Amanda did make the comment that I am much quieter riding one handed. I think it may have to do with how I rode when I was a kid. I just need more practice. 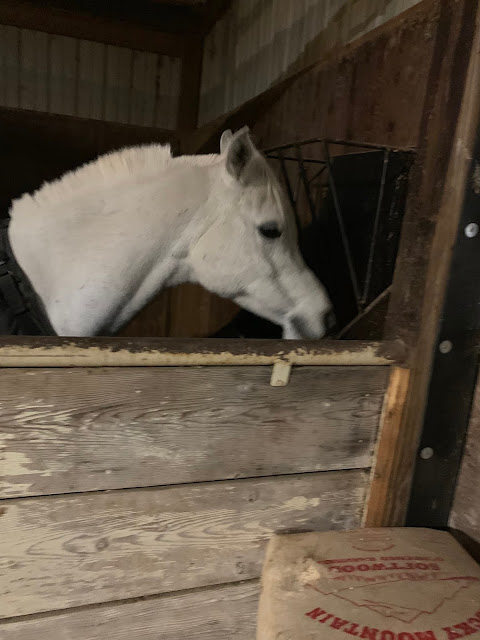 Left him in his stall with feed and carrots.