Sunday night four intrepid riders headed out about dusk to make our way to the top of the mesa for the moonrise. 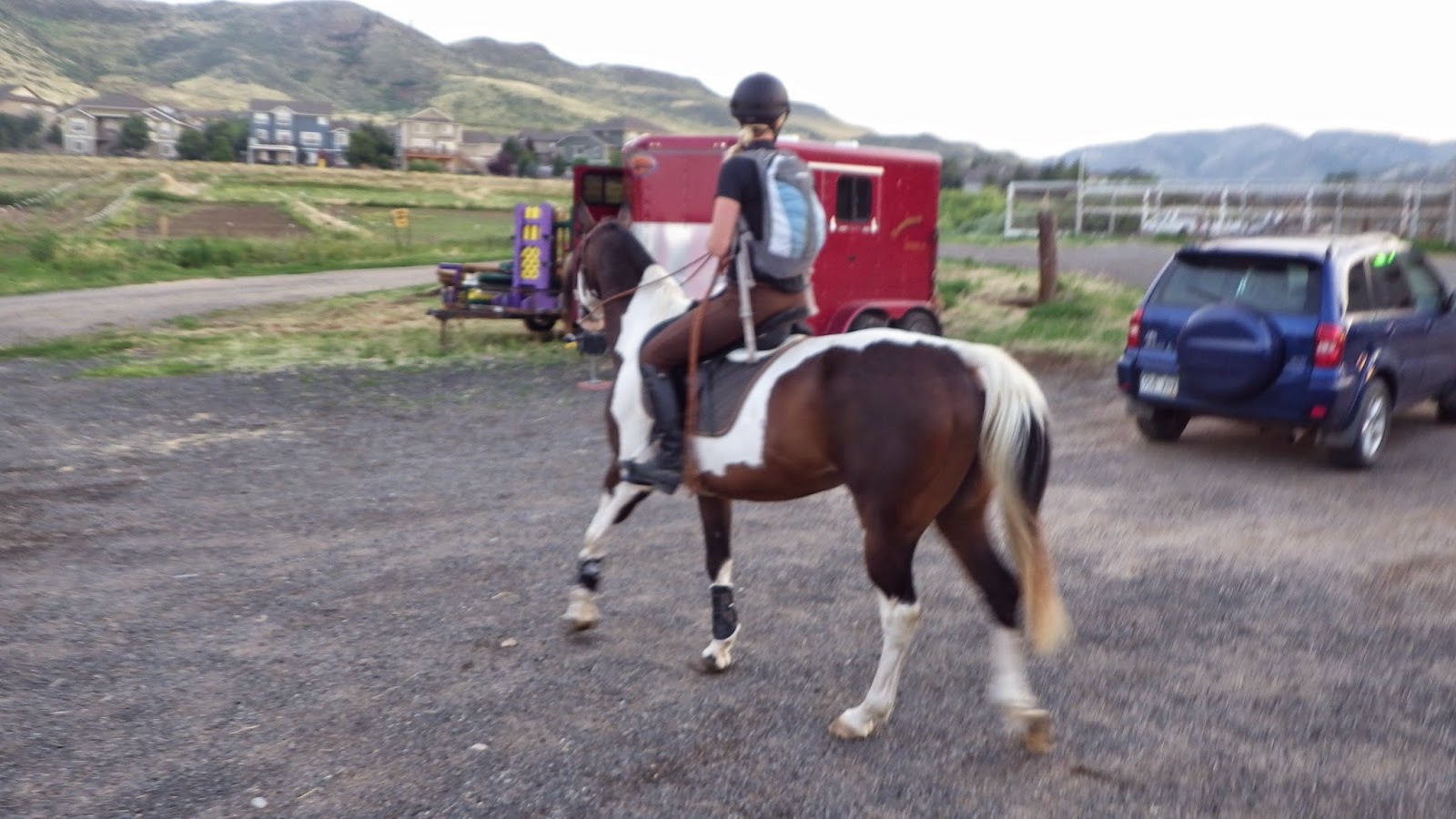 Michelle on VooDoo. He actually walks the same pace as Ashke. 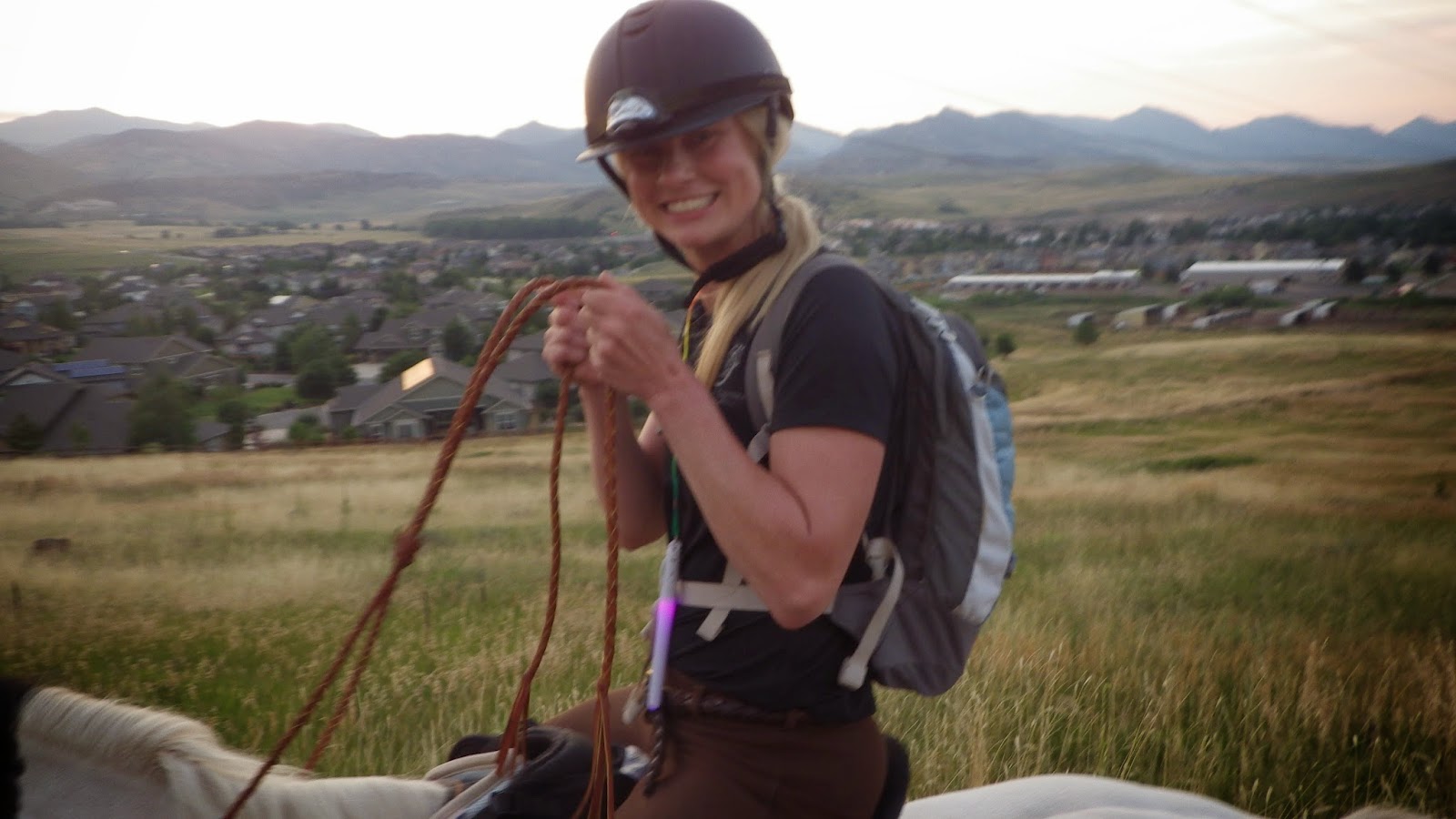 Michelle is a lot of fun and we verbally spar with each other pretty well. She was riding in a mechanical hackamore with split reins. At one point she tied them around her waist. She has much better eyes than I have after dark. And she was wearing a Lady Gaga glow stick, FTW. 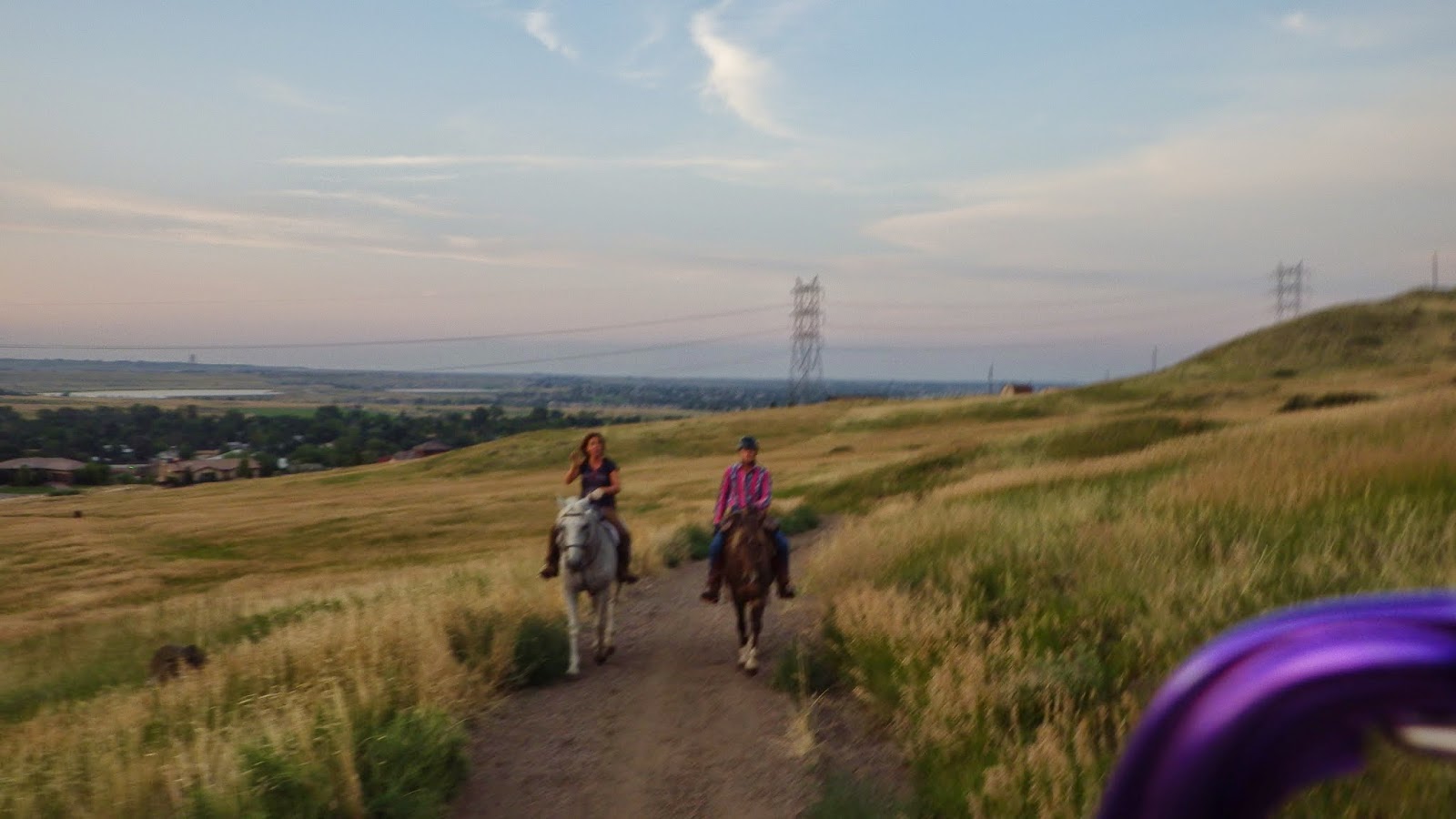 Mike on Mesa (Rocky Mountain Gaited horse) and Helen on a big TB (don't remember his name). I suspect they hang out together on and off of horses. 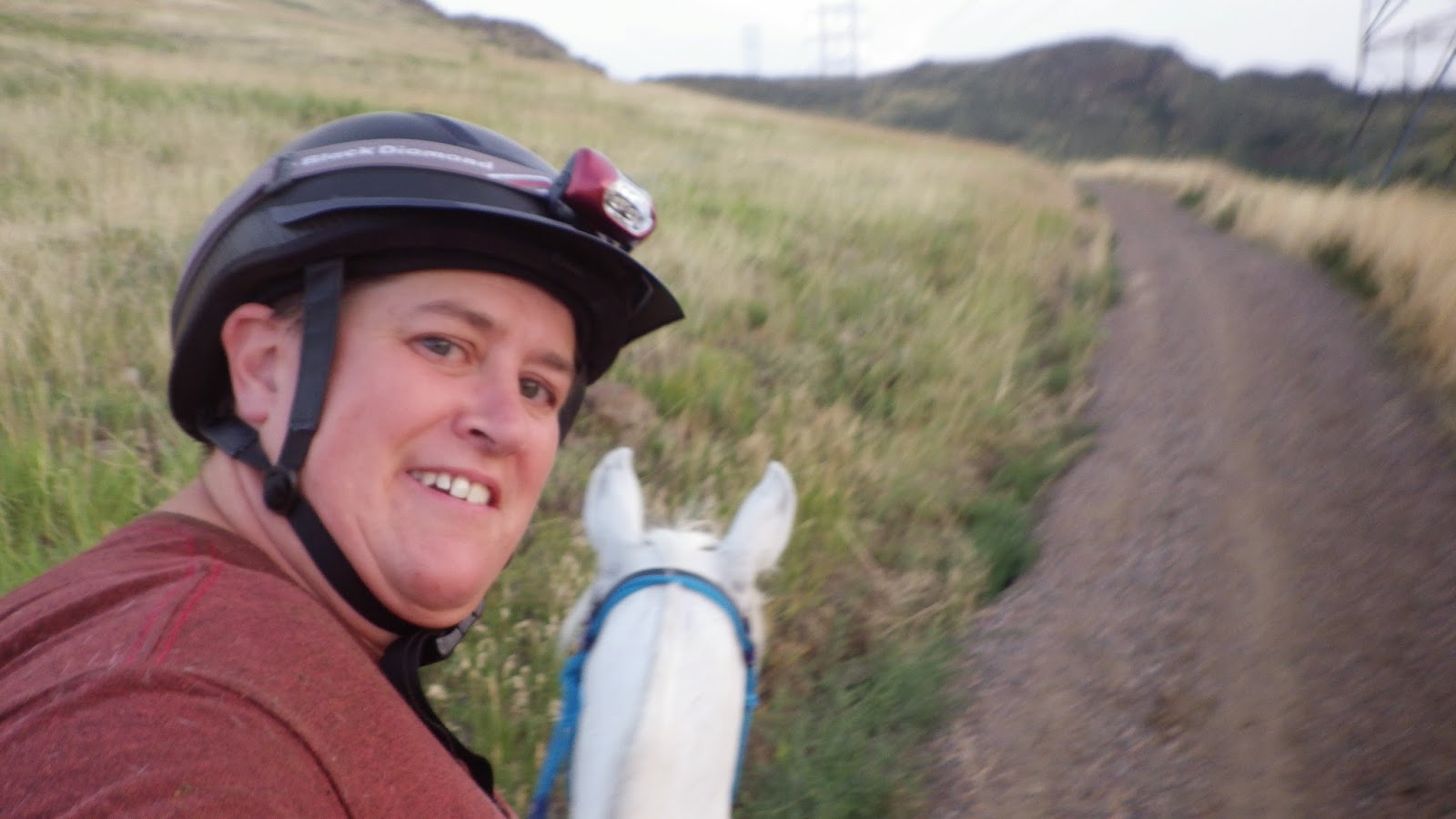 A selfie complete with headlamp. I found the headlamp to be detrimental, however, since Ashke's ears are so white the only thing I could see when I had it on was the reflection from his ears.

I did attach two glow sticks to the breast collar, however, and they provided enough light to see the trail by.

When we got to the part that goes up, Michelle asked if we wanted to canter. When everyone agreed, she started off in front at a canter. Ashke pogo-sticked for four or five strides, and then when I let him canter, he straightened out. As we passed the cut off for the trail that goes around the mesa, I let him go, leaning forward to encourage the run. I think that's when he threw the first back boot. We raced up the hill after Voodoo,  but he ran out of steam before we reached him. We were almost half way up when we stopped and I realized I had lost the boot. We went back down the hill and got it, then walked back up the hill. Michelle and Mike kept going up, while Helen and I let our horses puff. 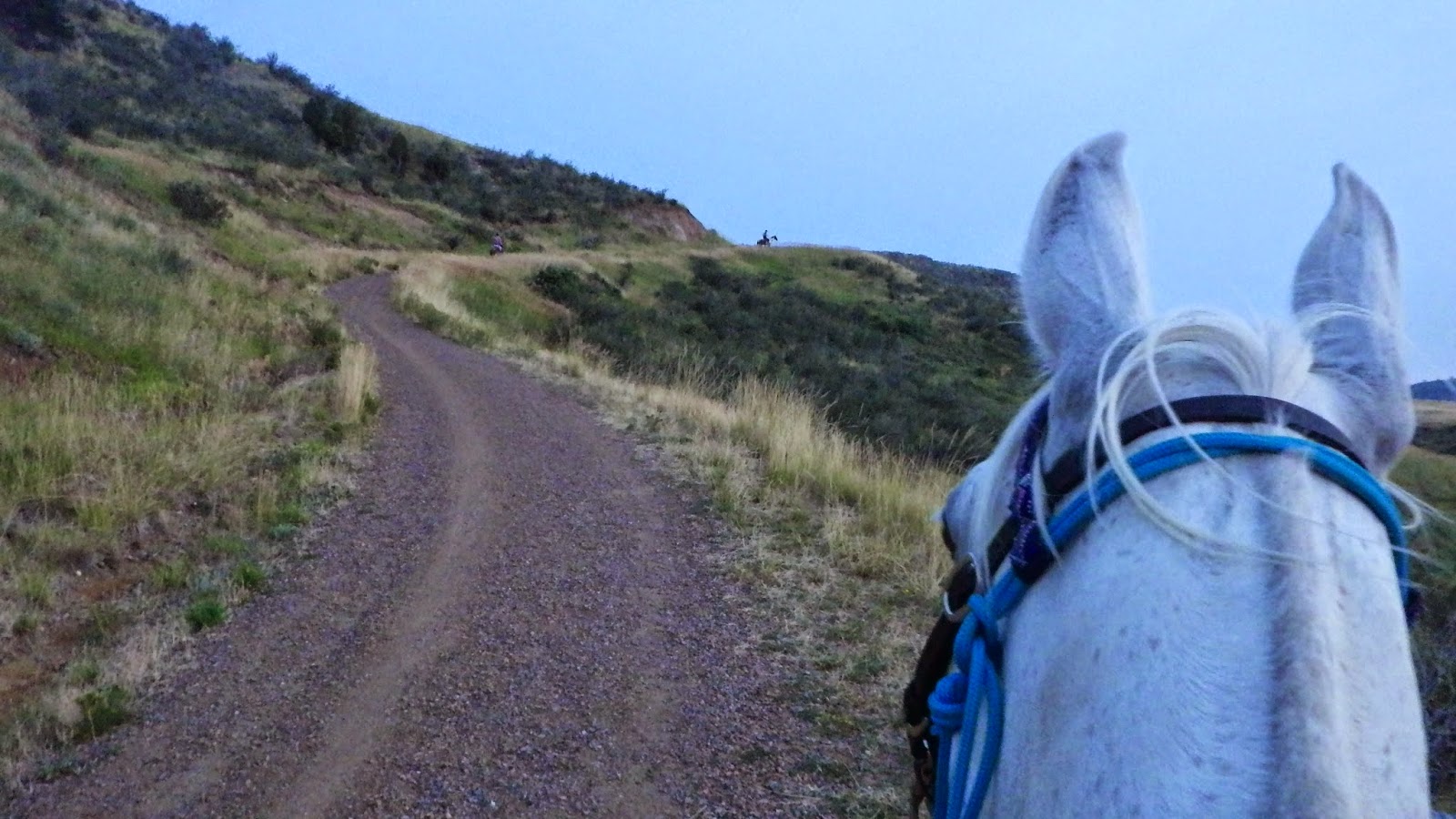 I was going to let Ashke canter up to meet them, but he immediately threw the other back boot, so I pulled them both. They are a half size too big. 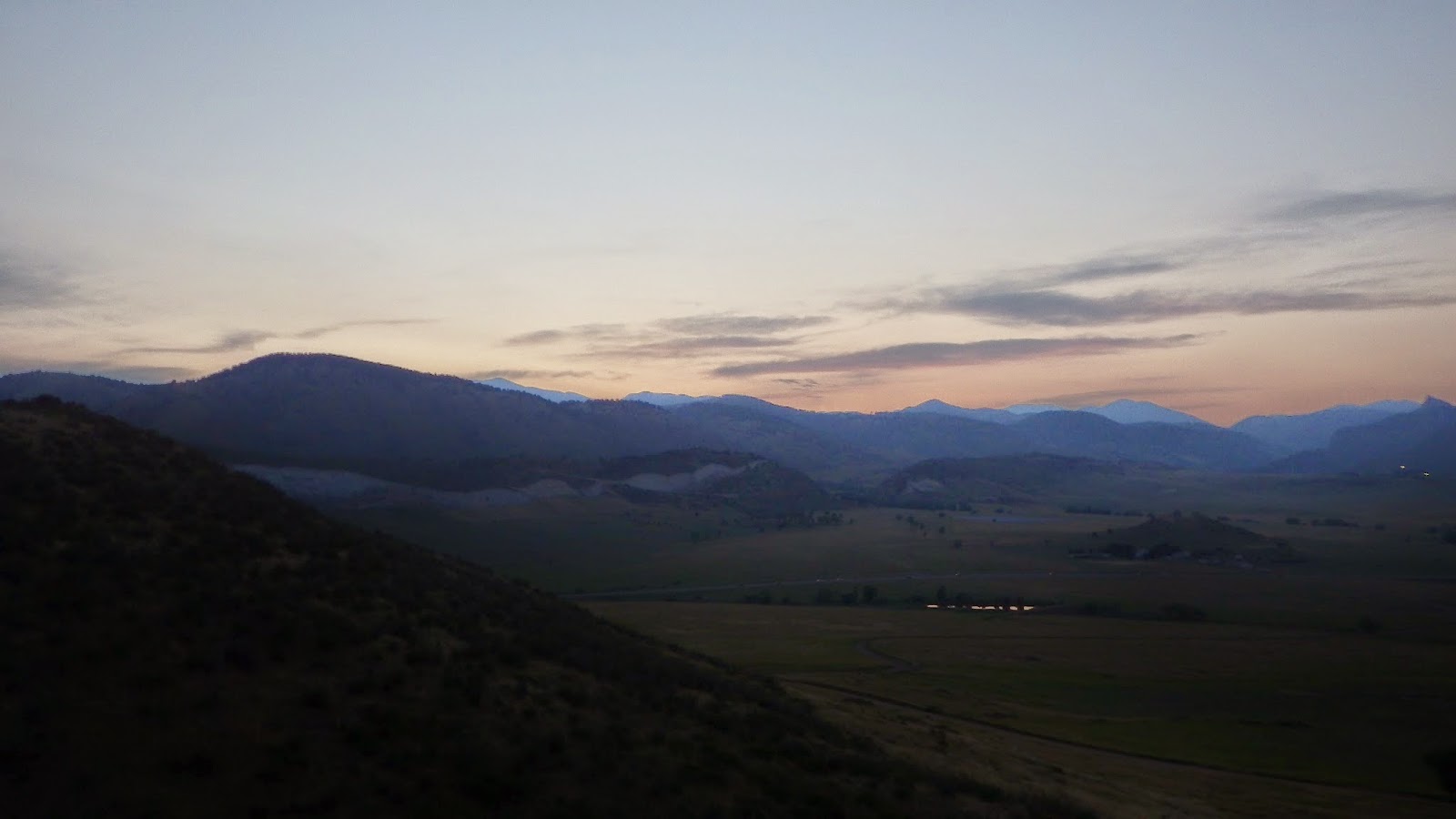 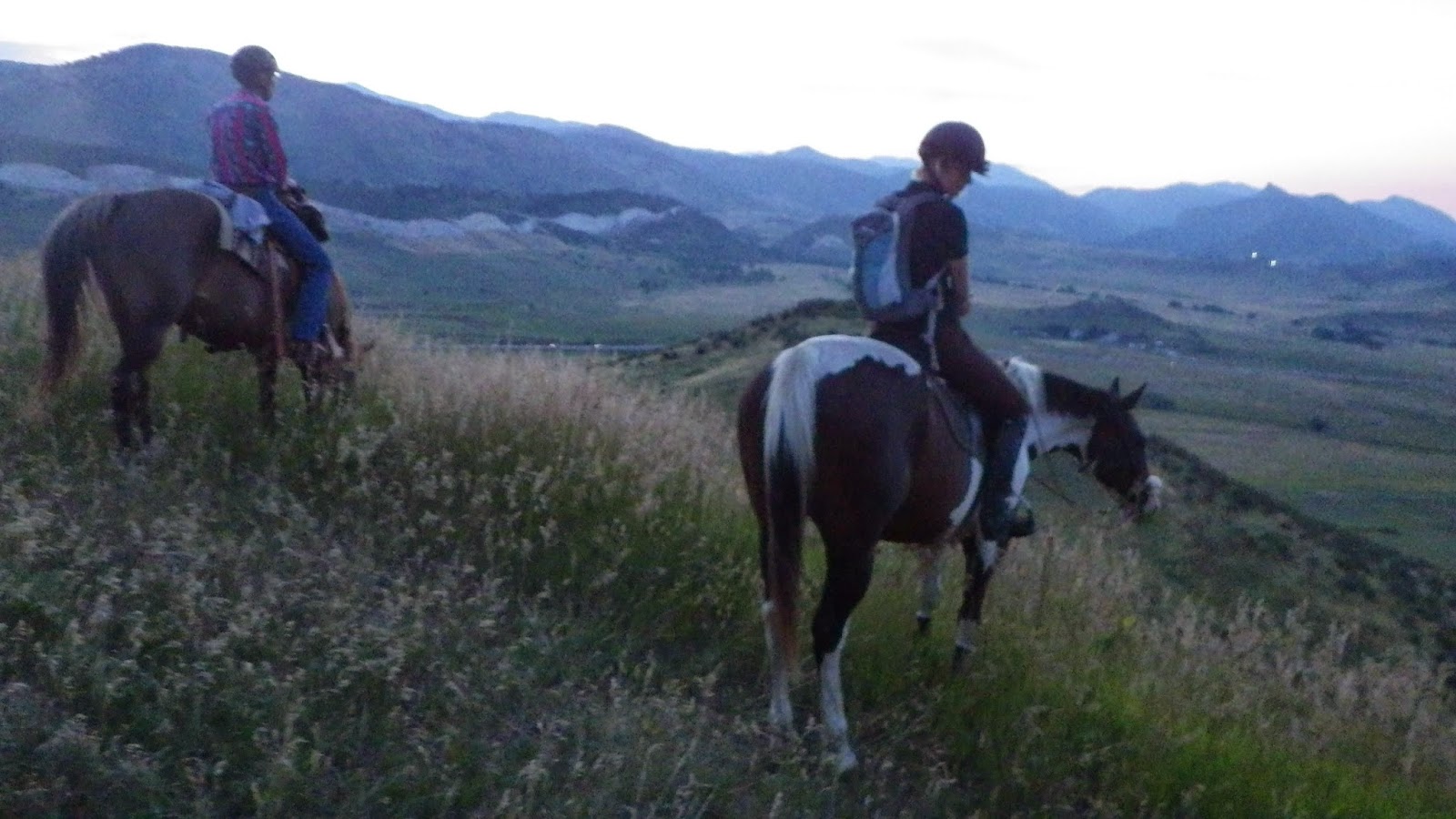 Not quite to the top


The top at night is a completely other beast than during the day. We circled the small lake that is up there,  surprising a heron, a 10 point buck, listened to the night hawks hunting small insects, saw the flitting of bats. But no moon. There was too much cloud and haze to see it rise, not to mention we were about an hour late getting on top.

Unfortunately, the camera didn't want to take pictures in the dark. After riding around the top, we headed back down. I was pretty amazed at Ashke. He didn't hesitate or get spooky at all. He and Voodoo walked together, striding out like nothing was wrong, and Mike and Helen followed us. We were almost back to the barn when we finally saw the moon. 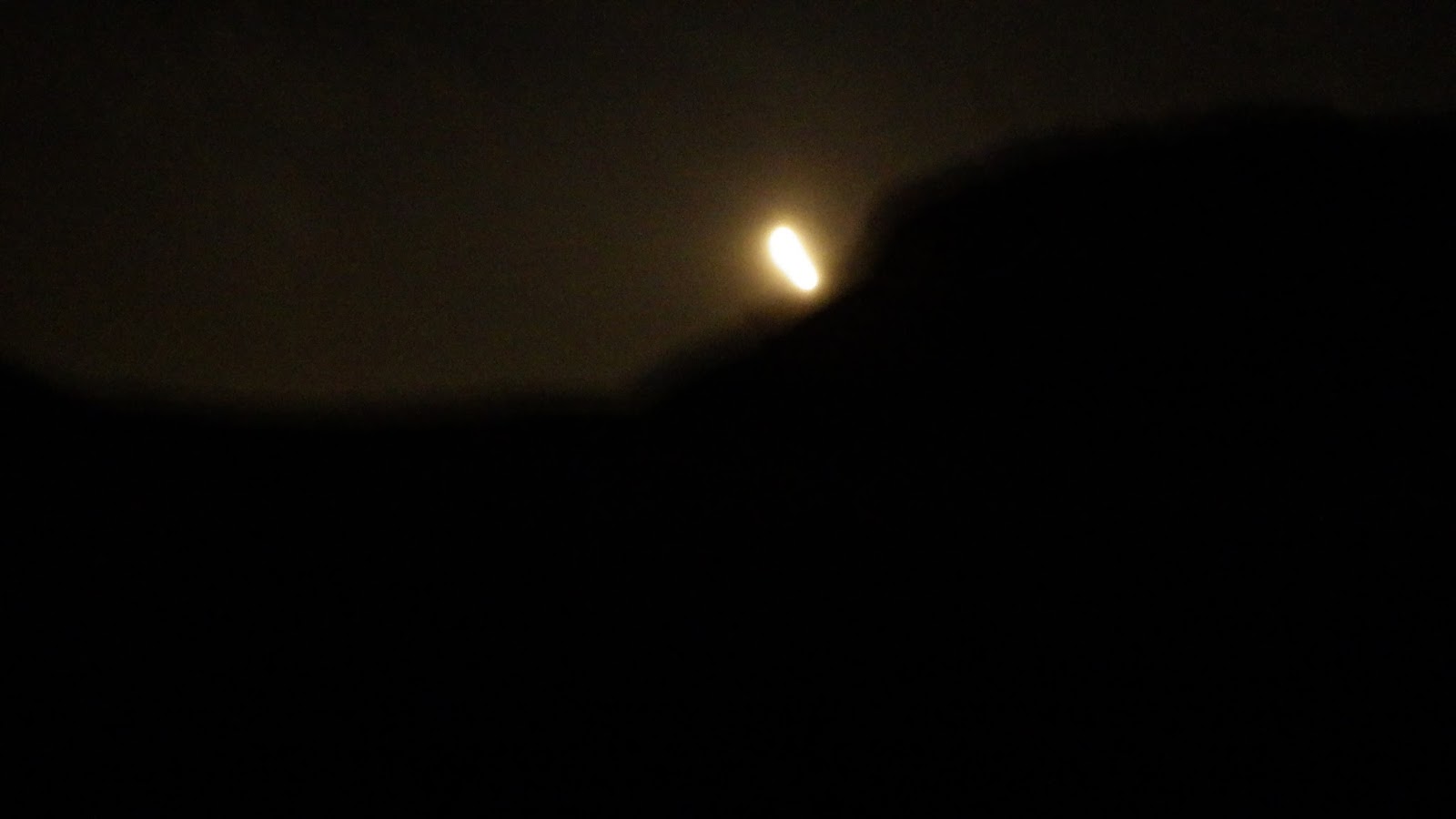 Kind of looks like the tip of a giant lightsaber, but in reality it was round. Ashke wouldn't hold still long enough for the exposure.

As we came back to the gate, Ashke stopped, his eyes focused on something I couldn't see. I said quietly to Michelle, "there is something there". She looked at me in curiosity and I told her that Ashke was telling me there was something between us and the gate. As we stepped forward, three coyotes stepped out from behind a bush and moved off. We hollered and waved arms and made noise to drive them away. Ashke knew and just let me know, not spooking or carrying on.

Such a good boy.

Such a fun ride. Can't wait to do it again next month.