Absolutely wonderful time on Saturday, riding with N and Cali. We meandered around Tucker Lake, stopping to let the horses play in the water without their tack, and then took our time on the circuit. It was a nice wandering walk, with some short trots and a couple of canters. One of the canters was the nicest canter we have had to date, with collection and control. But for the most part, we just walked. Ashke has slowed his walk to pace with Cali and Cali has slowed her trot to pace with Ashke, unless we are headed home and then it's a race. 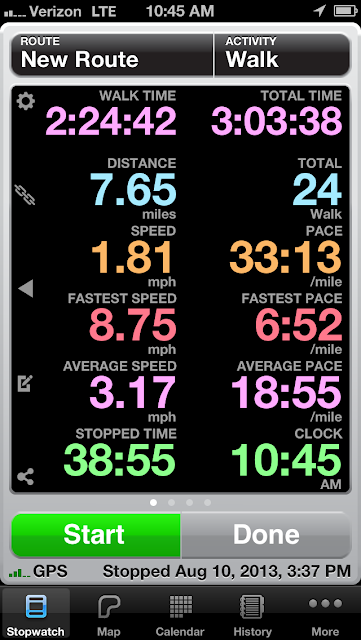 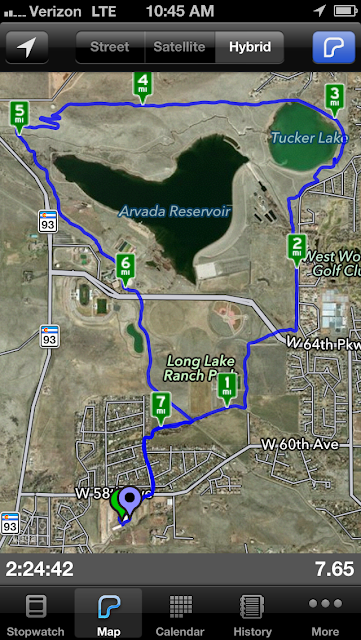 On Sunday J came with us. Ashke loves riding with her and Cali both and he takes care to make sure they both stay with him. J loves riding with us, because it's not as fast or difficult as a straight out bike ride. I also like it because she is able to take lots of pics, although on Sunday she decided to take lots of video instead.
I find it interesting to watch Ashke move in contrast to Cali. He steps differently than she does.
And of course, they are shaped differently.
We had a great time riding together and we loved the conversation.
When we were at Tucker Lake on Saturday, N rode Cali in the water bareback. I was determined to try to ride bareback on Ashke. I haven't been on a horse bareback since I was in my early twenties. I figured it's been almost 30 years. It was Ashke's first time, ever. He was a Rock Star!! I was so pleased with both of us!
I forgot to pause the run app when we reached the lake, to show the difference in our ride once the "stopped" time had been subtracted. When we left Tucker, N had said she was getting a little bored with the same trail, so I purposed to do some exploring. There are some nice horse trails in the neighborhood, but my favorite was the hills behind the neighborhood. When we were climbing those hills Cali didn't want to go at all. She wouldn't even trot and N was worried we had broken her. Ashke on the other hand, pure Arabian attitude, was still rearing to go. I had wanted to do a longer route around the back of the hills and do some more exploring, but both J and N thought we should turn for home. I guided us back to the lake, with the intention of following our out route back and as soon as Cali knew where she was, it was Canter City.
I don't think N will be so understanding next time Cali is acting like she is dying, because we rode that last three miles at a extended trot or canter, and in Ashke's case, a dead run. He hates being left behind.
When we got back to the neighborhood, the horses were wet and pretty warm. The sun had finally hidden itself behind a bank of clouds and it was threatening rain. We walked through the neighborhood and both horses were behaving very well. At 58th, were we have to cross the road, I manuevered Ashke onto the sidewalk (like I always do) so that we weren't sitting in the road and I had room to move him around safely, if there was traffic. As we stepped up on the sidewalk his Easy Boot slipped on the curved edge of the sidewalk (its a sidewalk that's molded for the driveway - I hate those). J and N both said that at one point he was scrambling with all four feet to keep himself and me upright and I really thought we were going to go down. He kept us up, but managed to skin some hair off his left knee. None of us believe he actually hit the sidewalk. I think he managed to smack his left knee with his right boot. I immediately got off, shaking from the adrenaline and fear, and let him know how wonderful he is that he managed to save us both. There was  little bit of heat when we got back to the barn (I hand walked him the rest of the way home) and I cold hosed it, plus gave him a bit of Bute.
﻿ 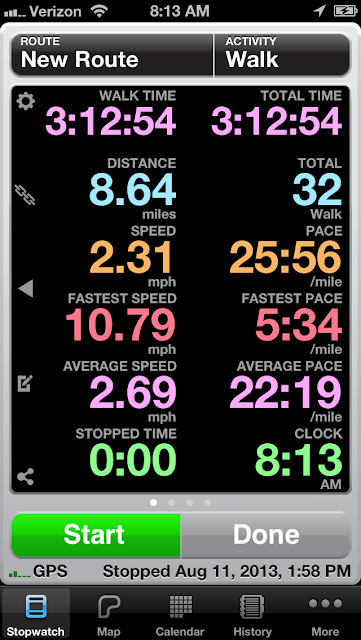 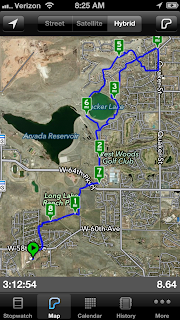