I really don't like to make mistakes. I really hate to make mistakes that someone else has to carry the burden of that mistake. I absolutely hate making a mistake that causes Ashke pain or fear. Hate it.

I made a mistake on Monday.

I decided to try to leave the wound exposed (after trying the betadine compression wrap) to see if it could dry out and scab up. He was starting to show some sign of pressure sores on the front of his shins from being wrapped. I liberally sprayed the wound with a spray on bandage, Alushield,

It was a mistake. When I went out on Tuesday night the wound was inflamed, the leg swollen and Mr Biteyface was in residence. I cold hosed for twenty minutes, treated with betadine (which he wasn't happy about) and rewrapped it.

I went out again last night and unwrapped to treat the wound again. I found: 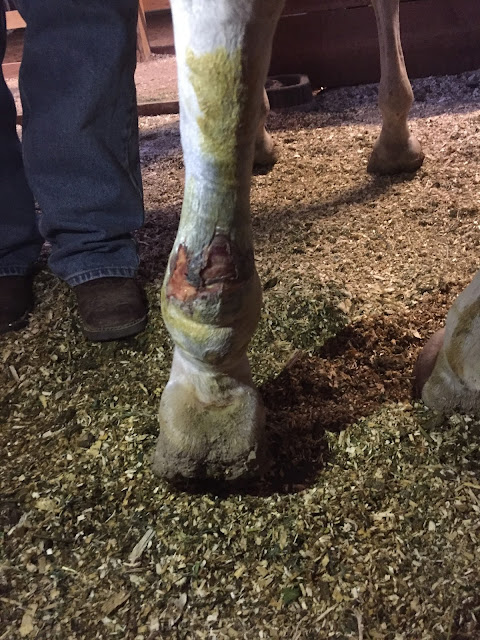 It looks bad because of the Alushield (which does not work. Saiph, you can say you told me so.) 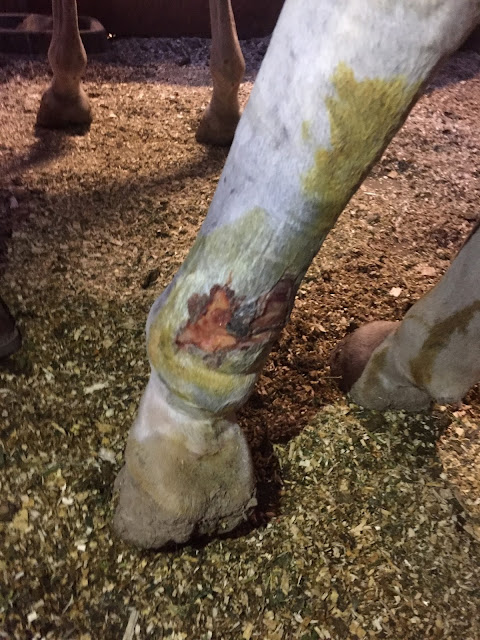 It is drying out and looking better. 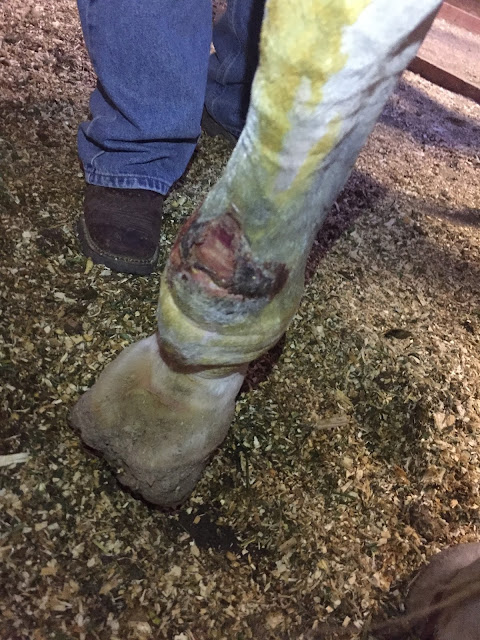 I really need to cold hose it clean tonight and then treat with betadine and rewrap.

My plan is to leave it wrapped until it is healed. The bandage should get smaller as we go along. I will need to watch for pressure sores on his cannon bones, but I just don't want to risk pissing it off again. He is sound now at the walk and trot. I will see how he does at the canter during my next ride.