So, to recap our slew of injuries from this year: 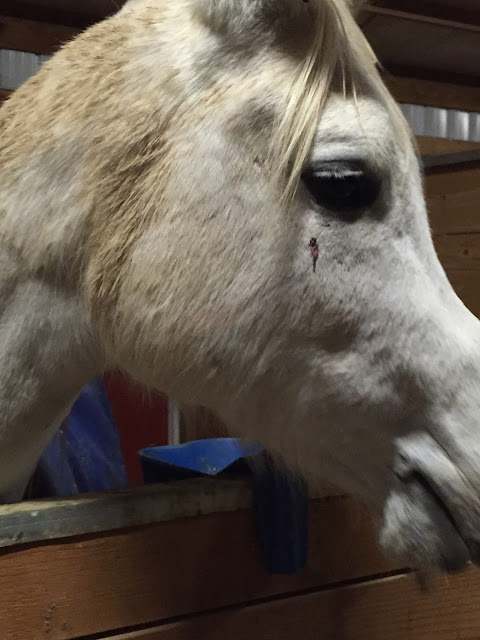 Swung his head into a square wooden fence post, near as I can figure.
Slight scratch under eye. Completely swollen and disfigured face. 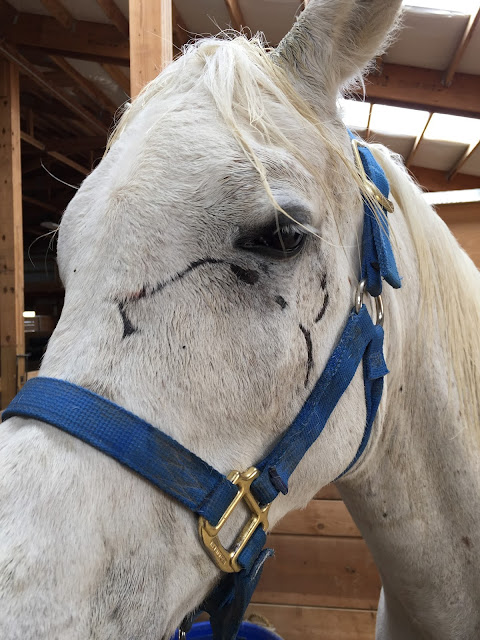 Threw himself in the crossties in the wash stall and nylon burned his face.
Also, wrenched the base of his neck out and was unable to bend to the right. 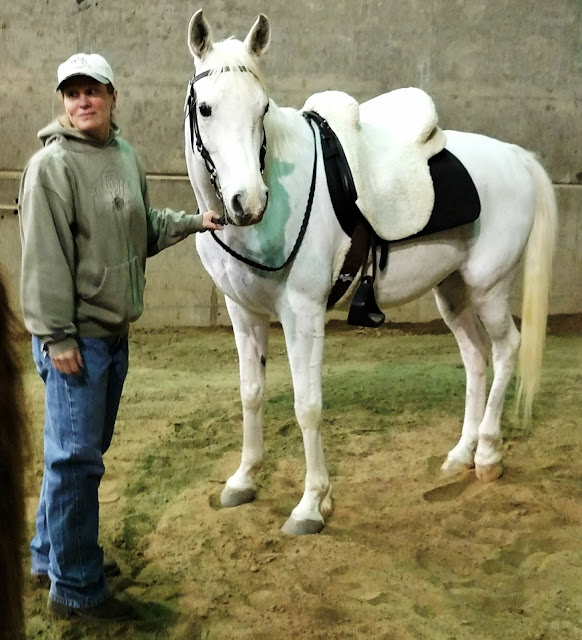 Swollen right front (I still think it was a slight splint).
Unable to finish show at Expo. Retired before the speed round. 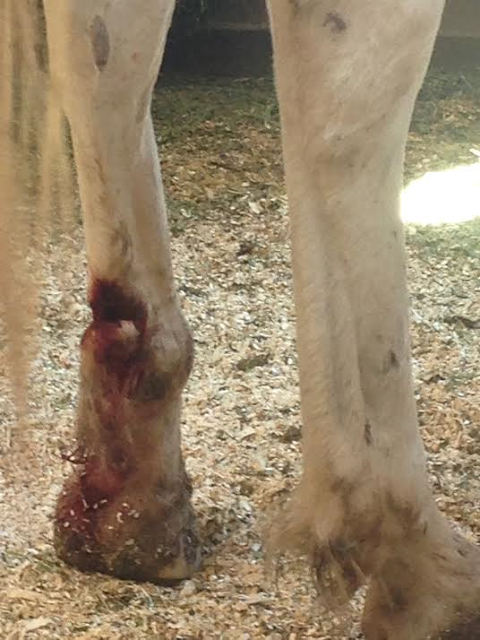 Tore open left hind when he stopped too suddenly in turn out. 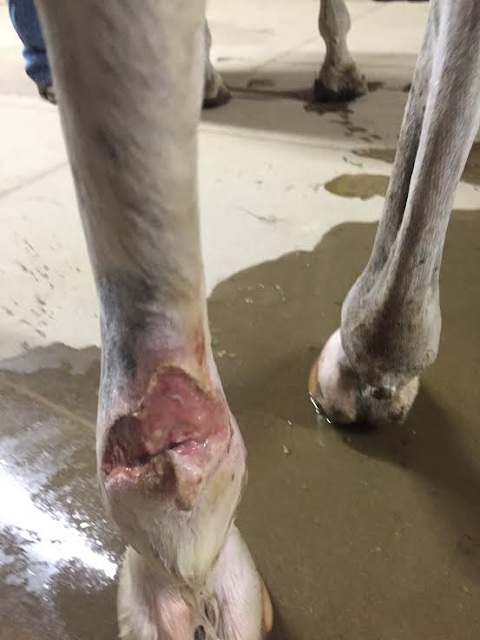 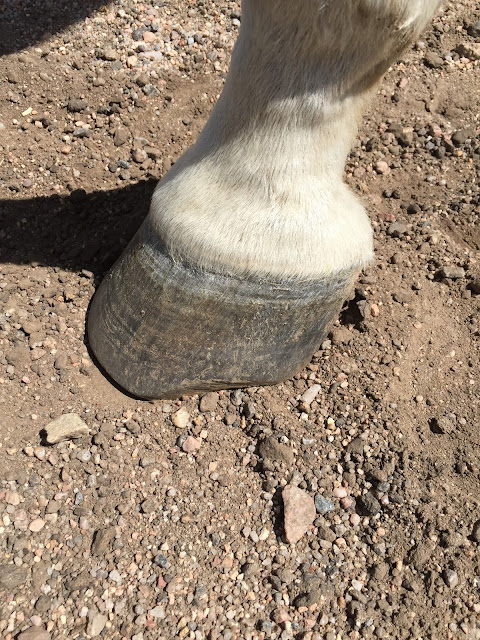 Tried to lame himself scraping the edge of his hoof on the bottom of his stall door just for fun. 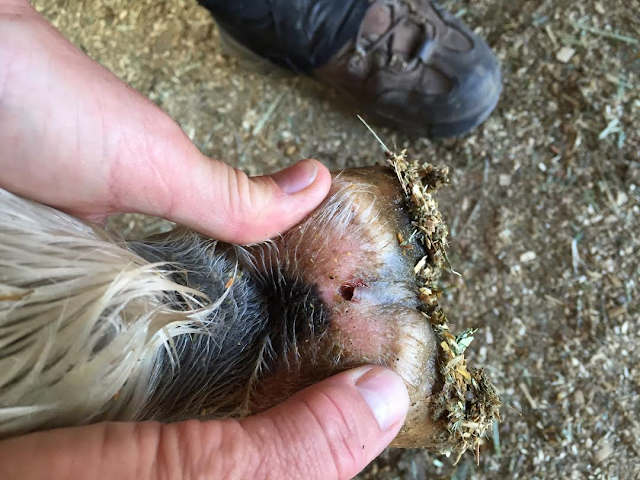 Stuck a weed into the back of his heel bulb. 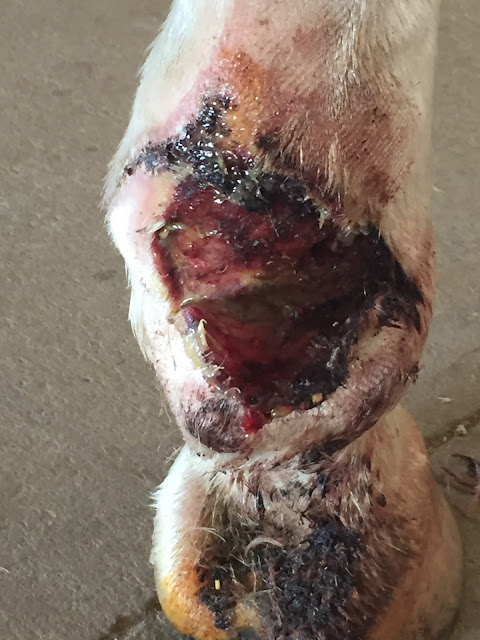 Ripped open his leg again. Smashed his face at the same time, but I don't have a picture. 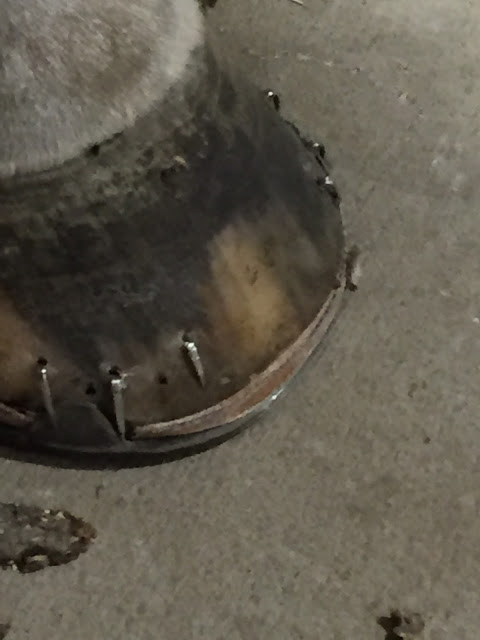 So foot sore, he needed pads with his shoes.

And now, I can tell you, the shoes have worked their magic. He was wonderful at the canter last night in the arena. His hind feet are no longer slipping (in the arena or on trail) and he no longer feels anxious about cantering. I wonder now if what I was feeling was his attempt to tell me how much it hurt to canter. He didn't cross canter. He didn't throw his head up. He didn't feel tentative or hesitant. It was as wonderful in the arena as it was on trail. Sometimes shoes can be magic.

As far as his current injury to his LH: 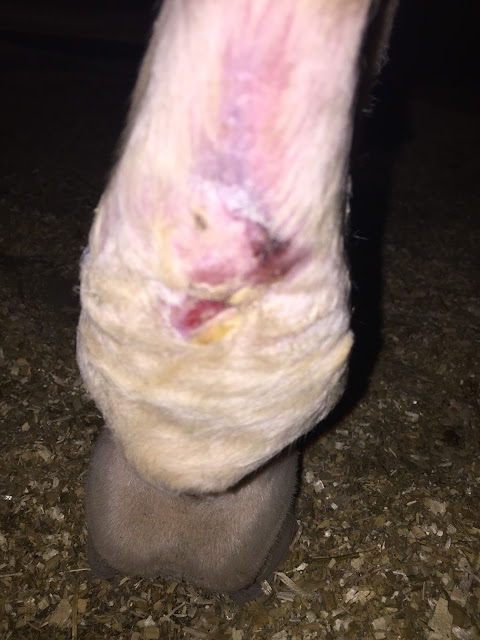 We are so close to having the injury completely sealed off.
He is still in the quick wrap on that leg. Hair has grown in.

In maybe another month, that leg will be back to normal.
Posted by Cricket at 8:36 AM