Yes, today we rode a new trail. It is directly across the street from Silver Quarter Acres and is actually a piece of open space I used to ride in '92 and '93 on my National Show Horse Kieli. They've added a sidewalk and bathrooms, but the footing is still pretty much as good as it was 21 years ago. Although the house and ten acres of land I rented with three roomies has been replaced by two giant million dollar homes and three practice golf tees. A lot of the old trails were still there and it's a sweet little piece of open land we can ride on. The most amazing thing is with a little work, the trail could be as long as the Fairmount trail is, and the footing is much better.

I rode Ashke barefoot. My hope this winter is to keep him out of boots when possible, and toughen his hooves as much as I can. This does not mean that I won't boot him when the ride is rocky, but I'm hoping that the improved footing in the indoor and his improved diet will give us nice, tough, balanced hooves. I didn't want to walk him down the road the first time, so we walked through the property to the access road that runs on one side of Silver Quarter Acres, then back down that gravel road to Indiana, crossed Indiana, and rode into Van Bibber Park. 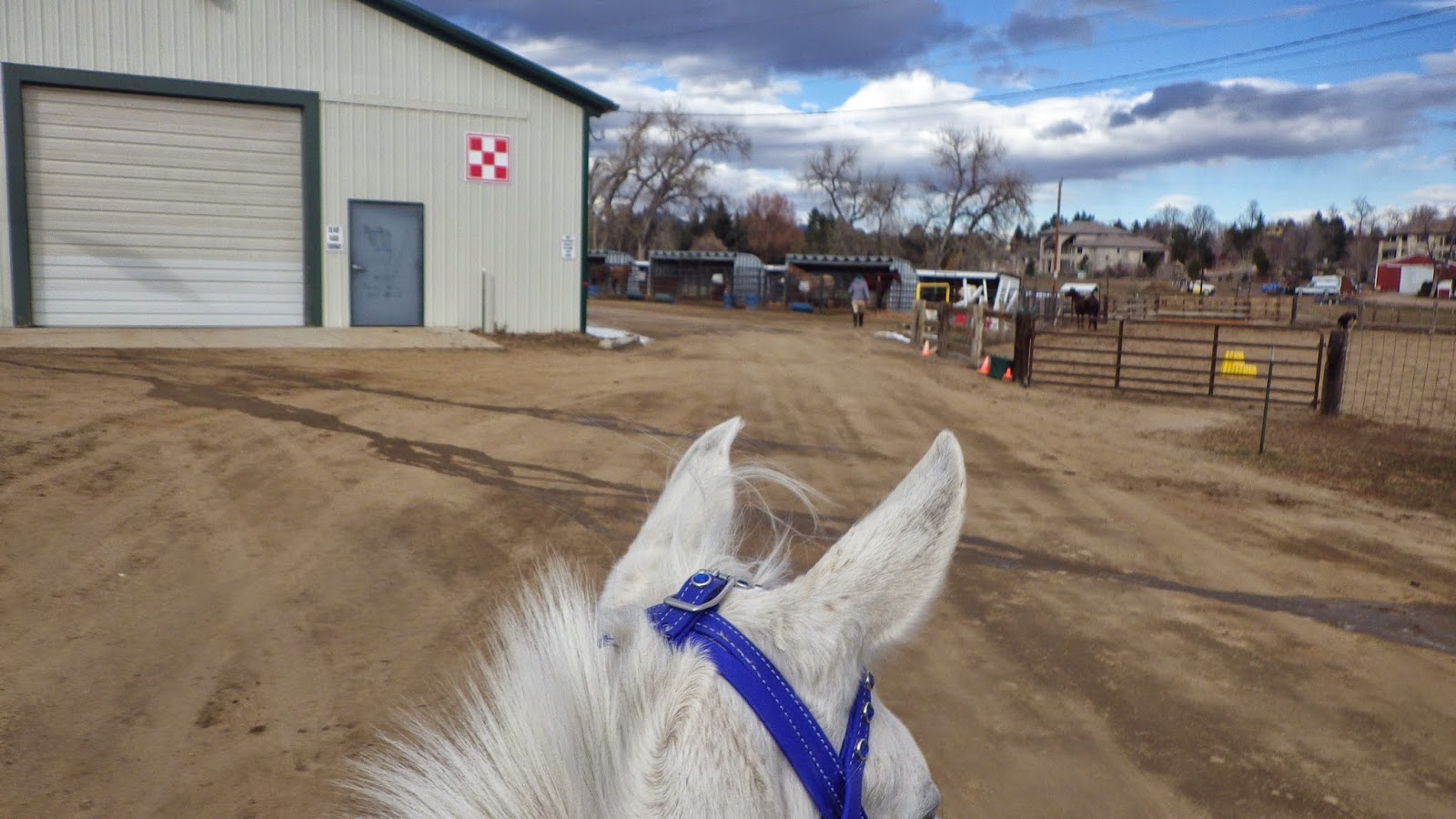 Silver Quarter Acres from Between my Horse's Ears

I haven't really met anyone yet other than the woman who has her horse right next to Ashke. She was out in the outdoor and had just turned her mare loose when I came out of the barn. After a moment of confusion, I let her know that we were trail riding and her mare was fine. She asked if she needed to wait to run her mare around until after I had mounted and I told her no. Ashke could deal. It was nice of her to ask, though. I mounted up and we spent the first two minutes backing up in circles, because he was so antsy. I finally got him straightened out and we snorted our way through the property and onto the access road, where we promptly lost our mind over a flapping tarp which was acting as shelter to a small red and white cow. 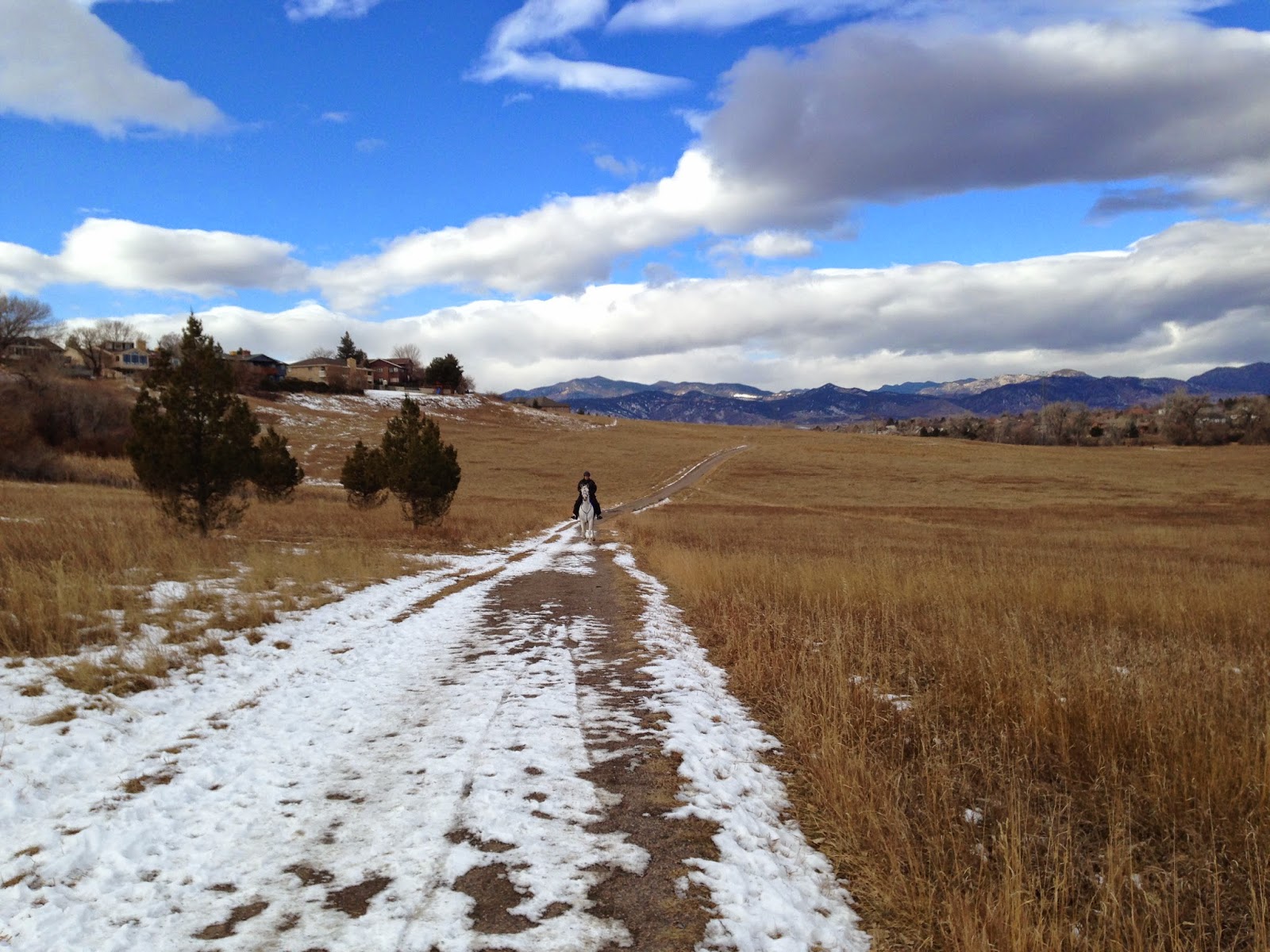 We opted to ride on the non sidewalk parts of the trail. 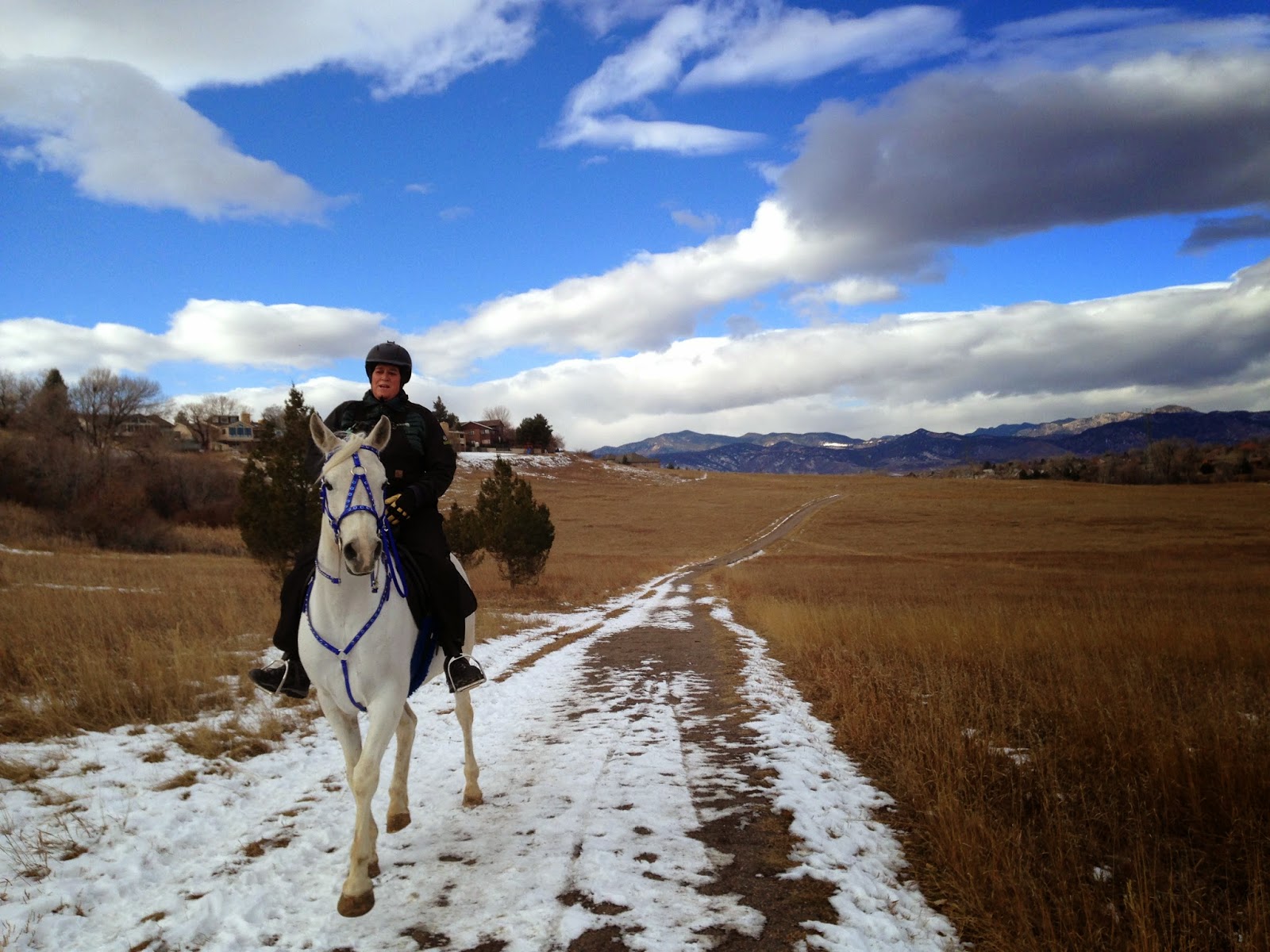 Without boots or shoes, Ashke was very sure footed. We only had one slight slip on his right hind and that might have been due to his chronic weakness there, not necessarily due to the footing. He slips sometimes when he is trying to push off with that leg.

To say that Ashke was spooky would be an understatement. He floated along in a huge, lofty trot, snorting and shying at every. damn. thing. I'm really glad I have a bit on him that he respects, because a couple of the big shy movements could have turned into a bolt if I hadn't been able to stop it.  When we turned up the hill, I was able to let him canter, which actually helped him settle a little. It was like he had little biting flies inside his skin making him twitchy. 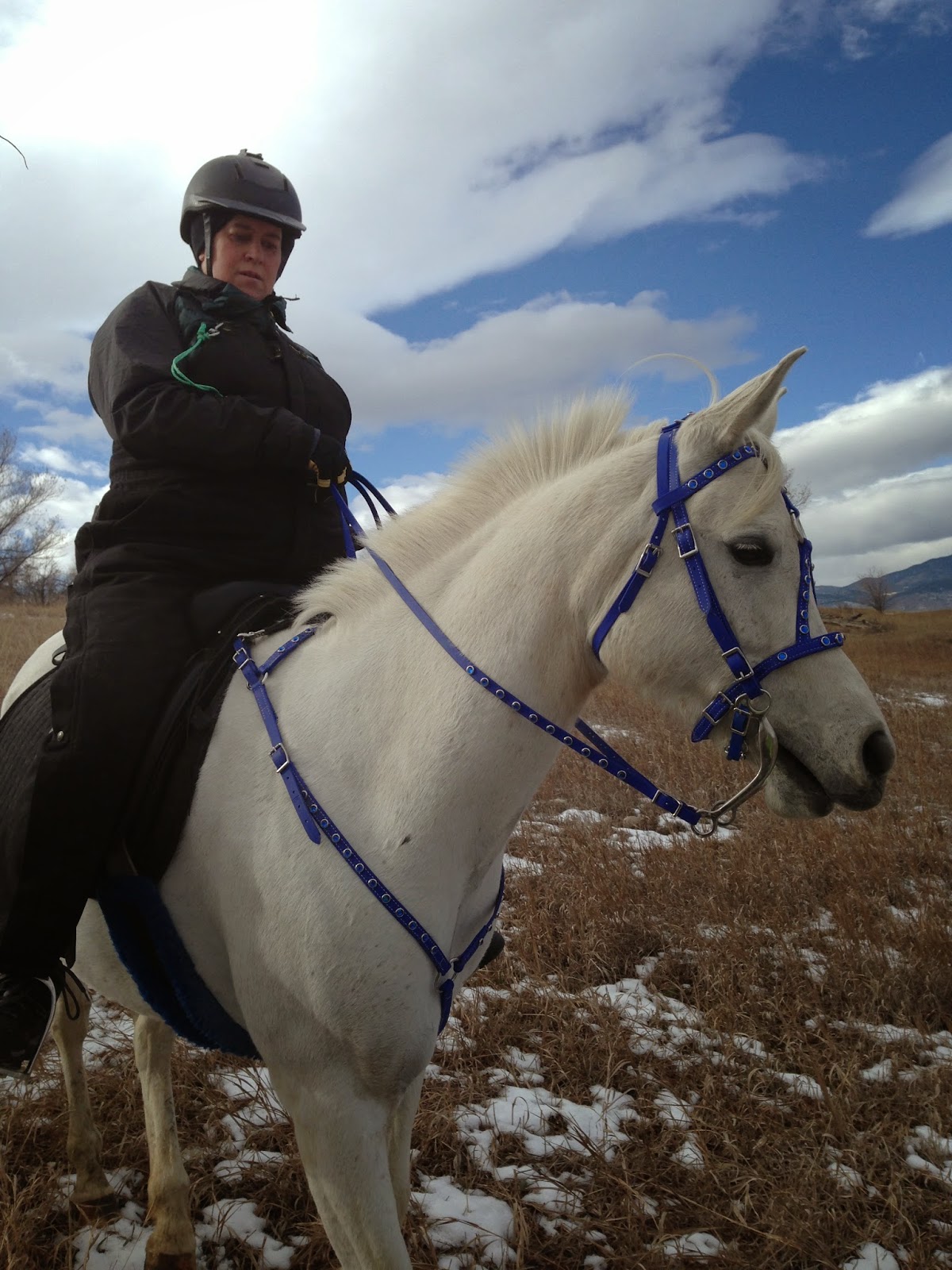 Once we got our first canter out of the way, he did settle. Although I was pretty amused when he pinned his ears at J and tried to nip at her, as if she were another horse. He's usually not such a grumpy butt.

So, the temps at the beginning of our ride were in the upper 30's. I was wearing my Berne bibs with a pair of long underwear underneath. I had a thermal insulating shirt, then a cotton henly, covered with a North Face jacket that has wind block sleeves and insulating down over my torso. I wore a North Face skull cap under my helmet. I finished my stunning look with work gloves on my hands. I wasn't cold. However, wearing bibs with a thermal underlayer was not the best choice. The thermal underlayer is thin, micro weave, some kind of new high tech material designed to keep you warm and it does, but it is also incredibly slick. I was sliding around inside my pants something awful. It's not easy to stay on a horse that is going sideways at speed when you can't grip with your legs. Just saying. Our next ride, I am going to layer under the bibs with my breeches. They will keep my legs from chilling from the cold air blowing in through the zipper (my only complaint with the bibs - I should have just gotten the Carhartts) and hopefully will keep my legs from sliding around in the pants. 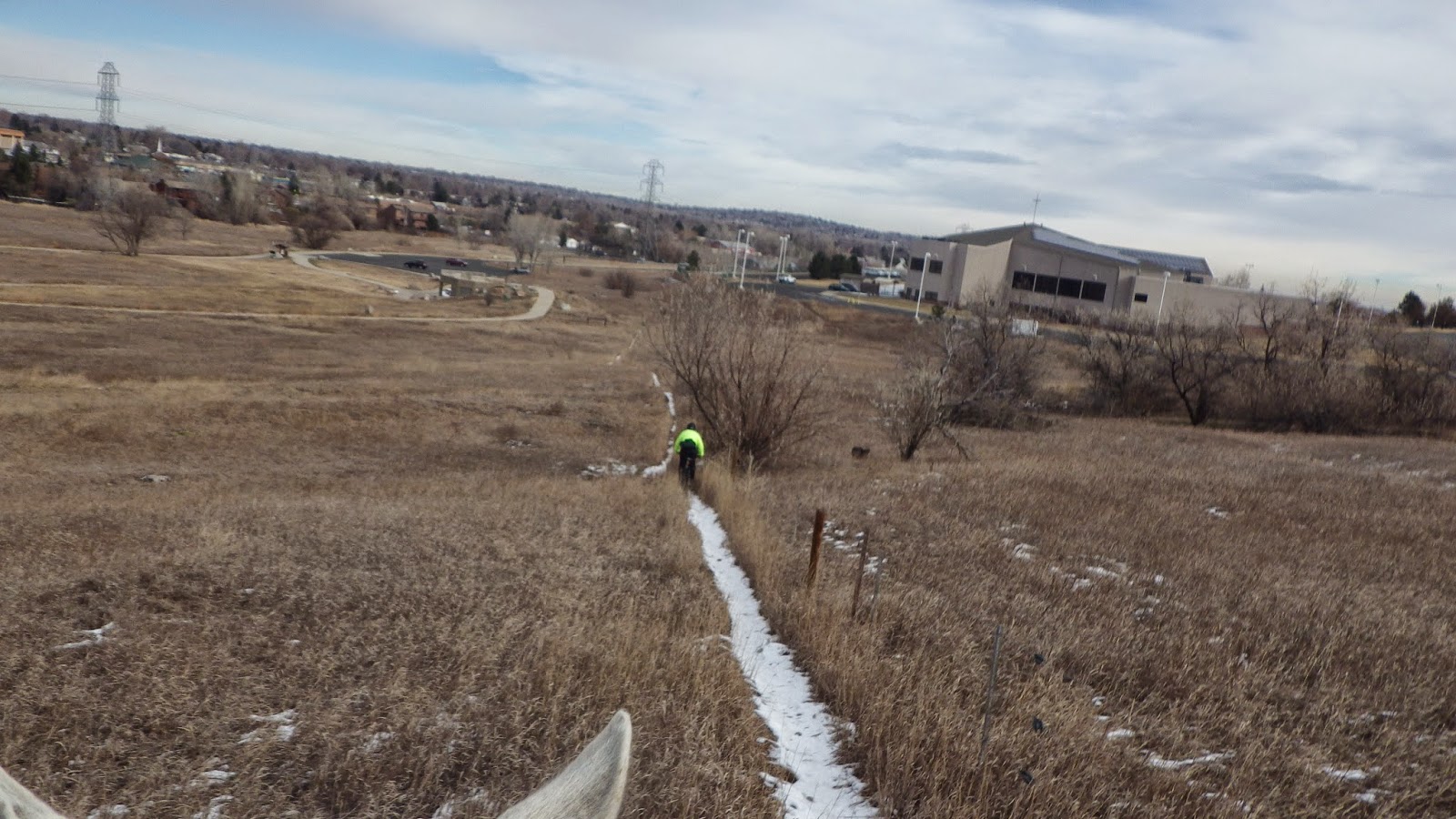 Van Bibber Creek is only about 1.5 miles long, but the sidewalk does go under Ward road and continues on for another two miles or so. We opted to keep riding. 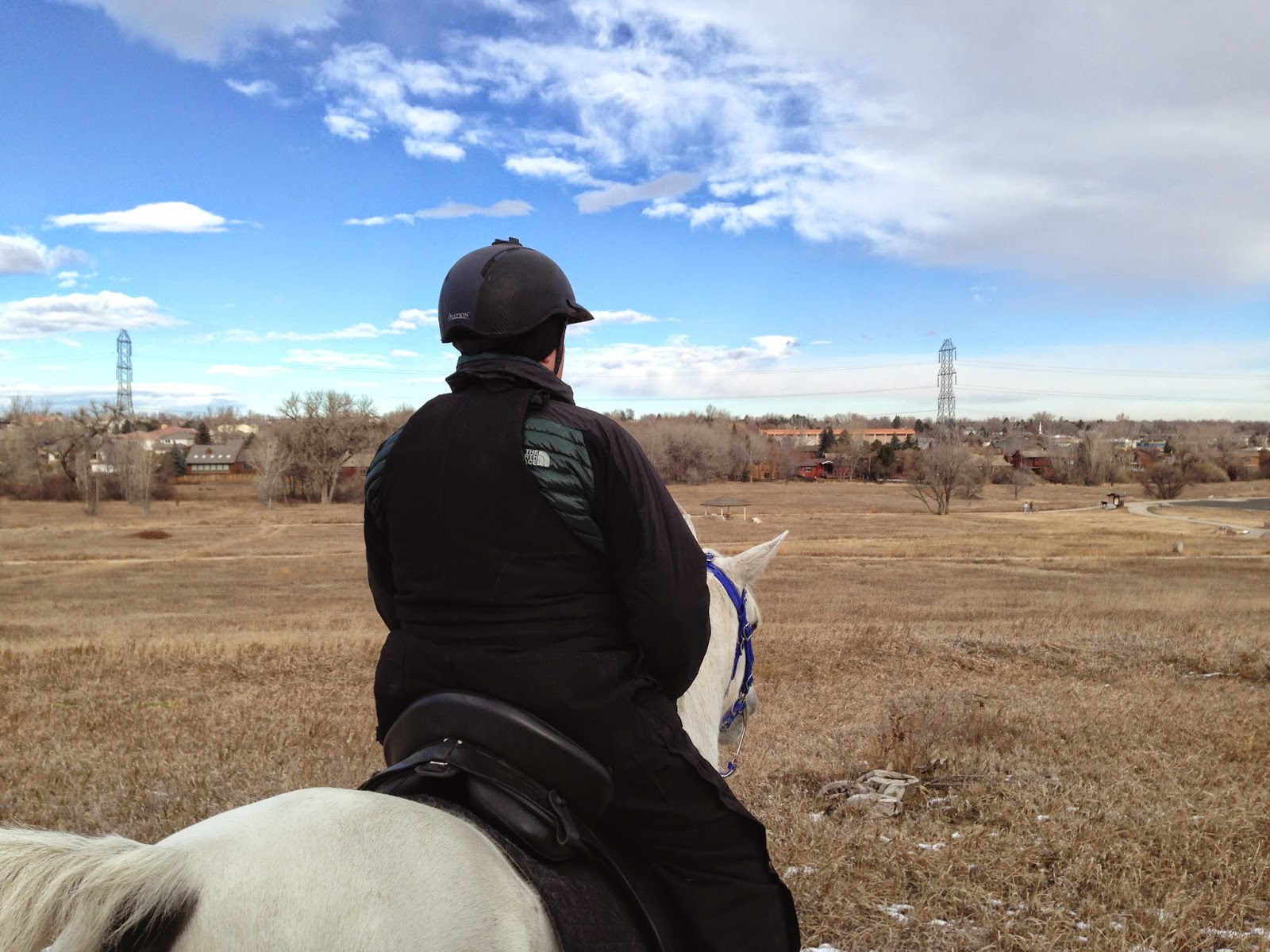 The footing is not nearly so rocky. Although there are patches of gopher trails, which means the ground is basically hollow underneath the surface, and I had to be careful to miss those spots. A horse can fall through the surface, creating their own hole, which is not good for their legs. 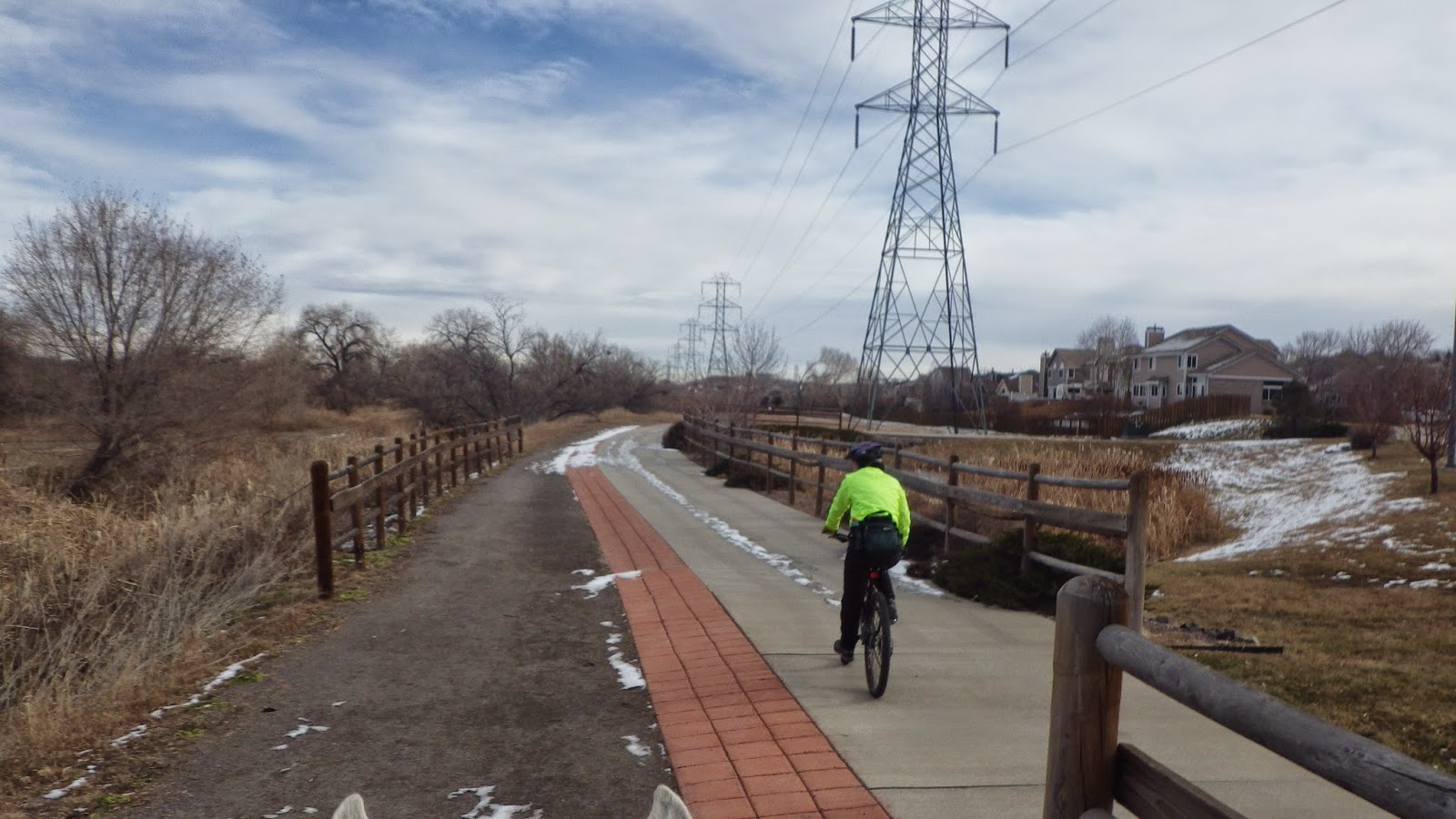 We crossed under the road. The tunnel was very short and I could have touched the ceiling with my hand, had I been so inclined. If my horse was prone to rearing, I would have dismounted and hand walked. 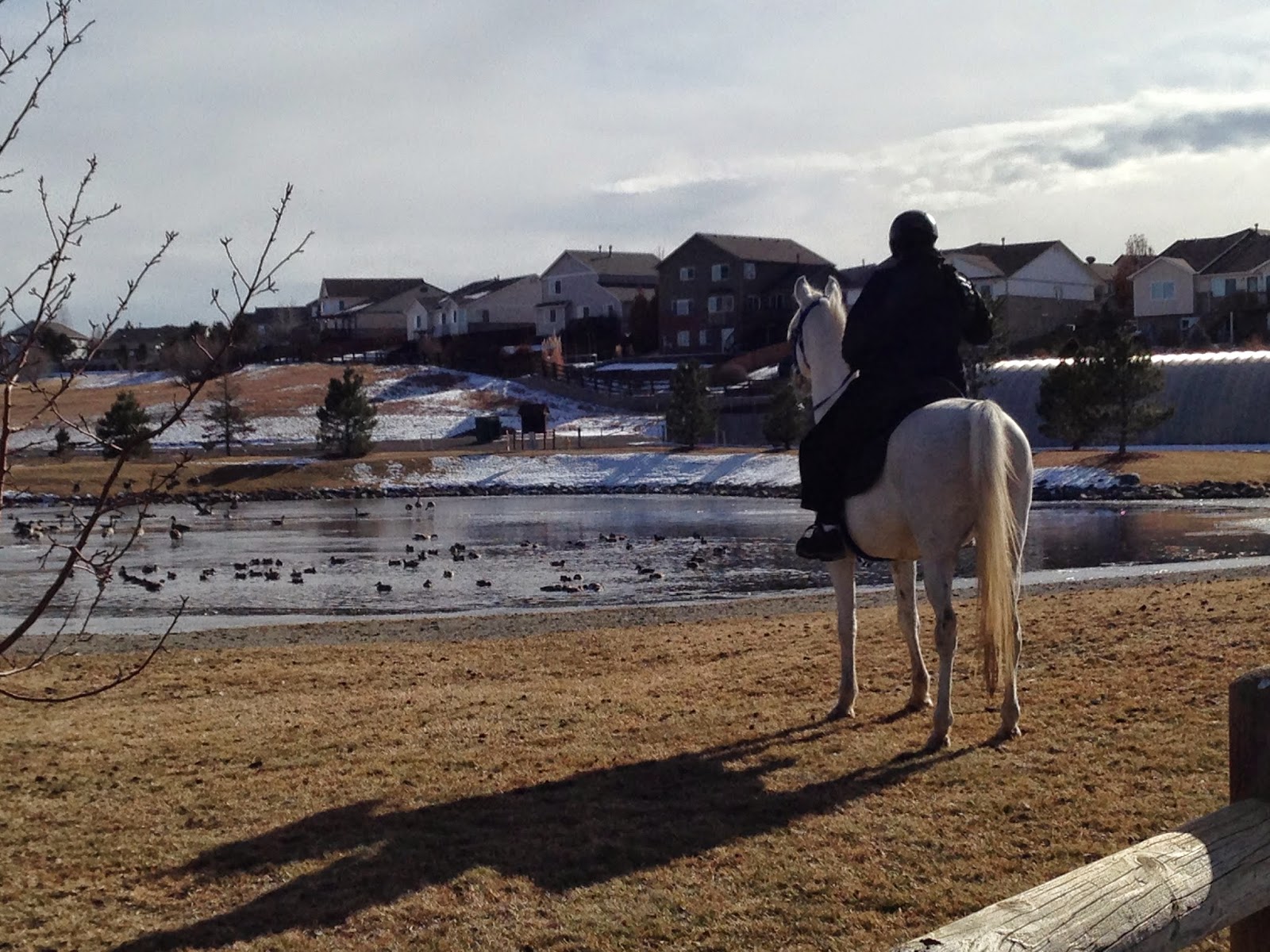 Ashke perusing the pond with ducks and geese

On the other side of Ward road, the ground was groomed and flat, with no other obstacles than the water access holes marked by bright green caps. The sidewalk skirts soccer fields (which we didn't ride on, as much as I was tempted) and there was a sweet little pond in the middle of the park. The soccer fields were covered with huge flocks of Canada Geese. 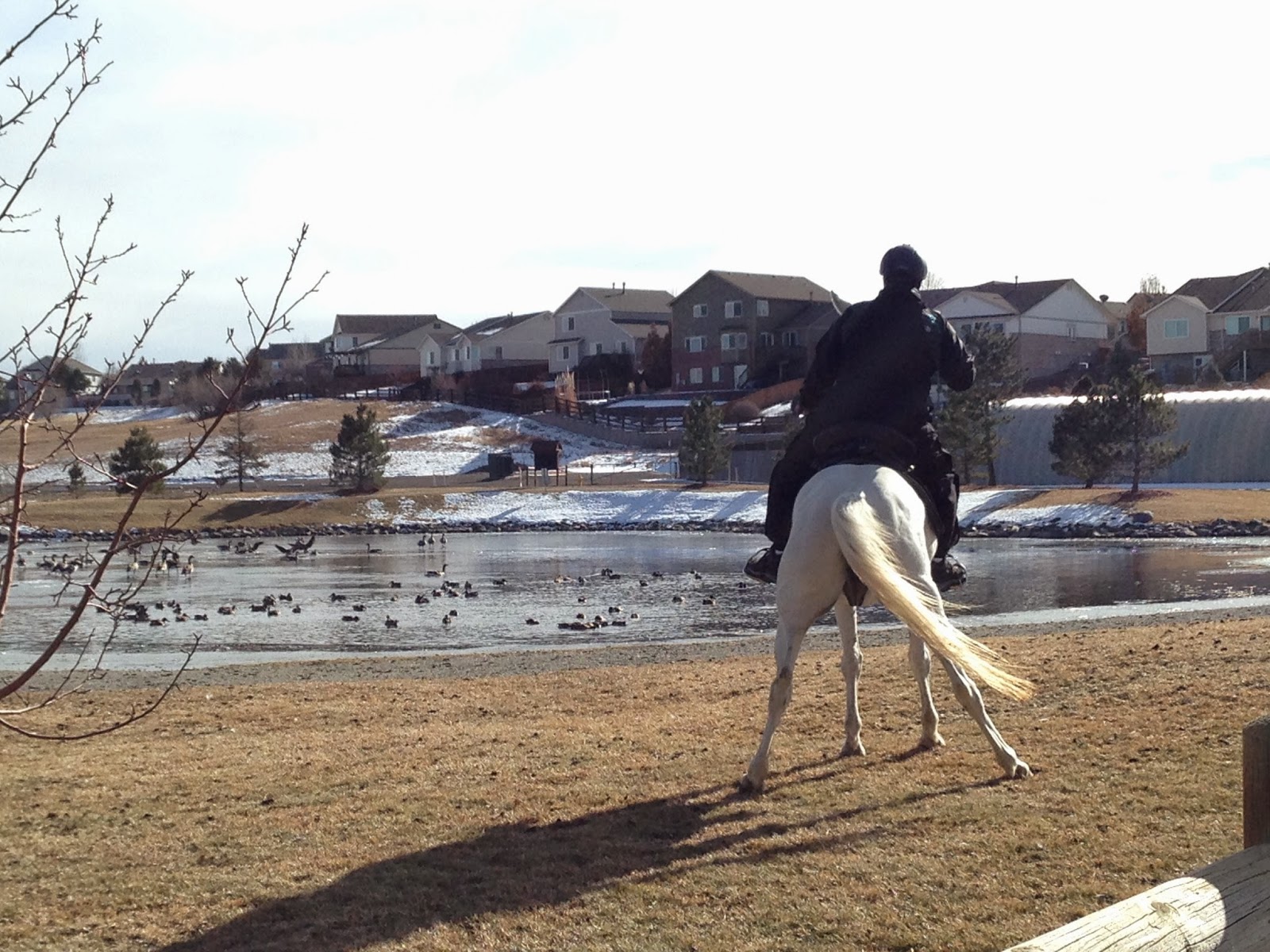 I'm pretty amazed that he handled it as well as he did.
The geese were loud. 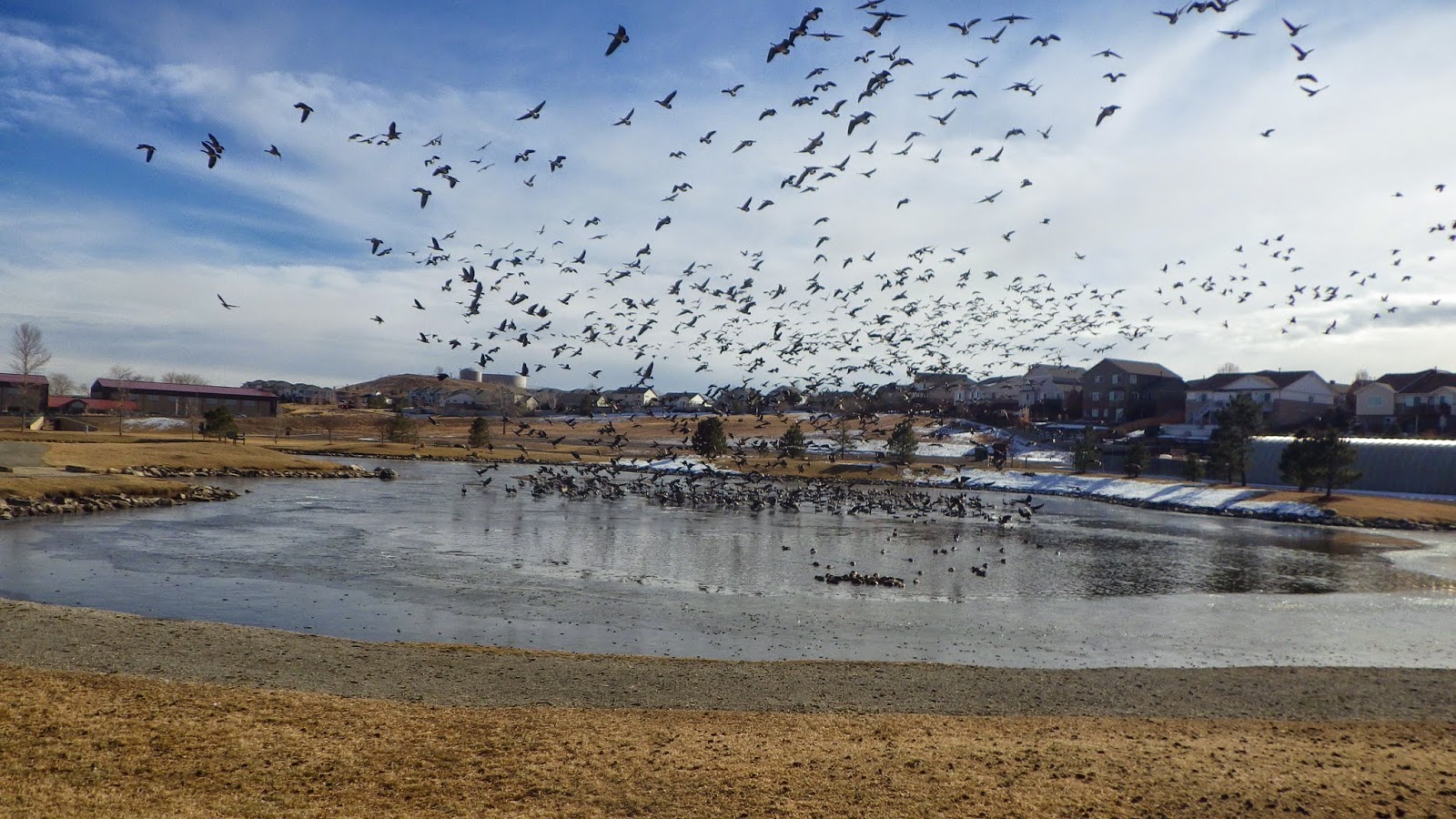 The other cool thing about this shot is in the foreground, what looks like a bunch of smaller birds, was a group of ducks swimming counterclockwise, with their heads under water, eating. The geese came over to watch, at one point, but the ducks just kept circling and eating. 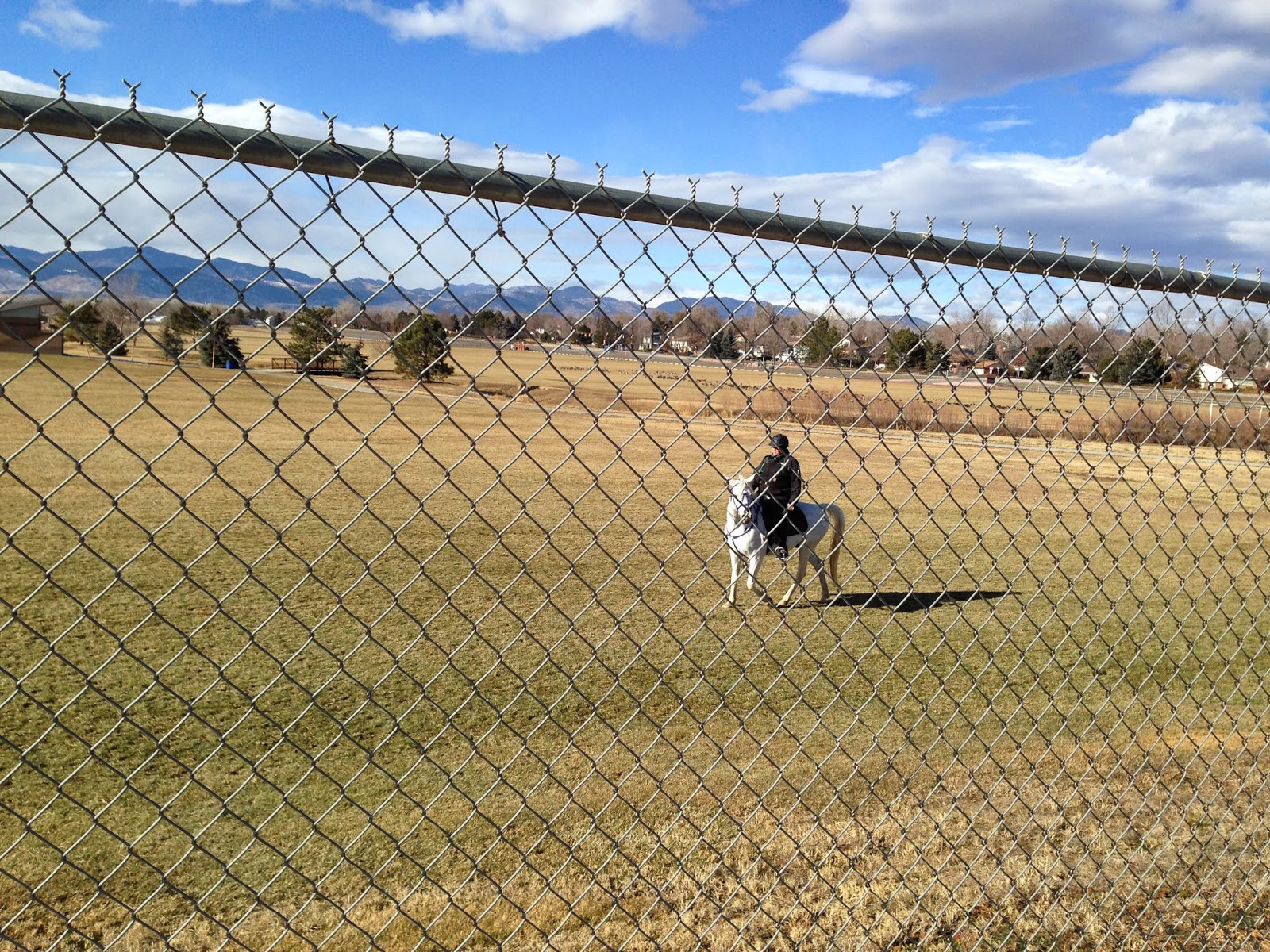 This was the point where there were a bunch of geese on the field that took off as we rode up. Ashke jumped, spooked sideways and tried to bolt for home. I lost a stirrup and almost slid off his back, mostly due to the bibs, I think. I was able to control him and we went on, but it was a close thing.
Thank goodness for a bit he will listen to. 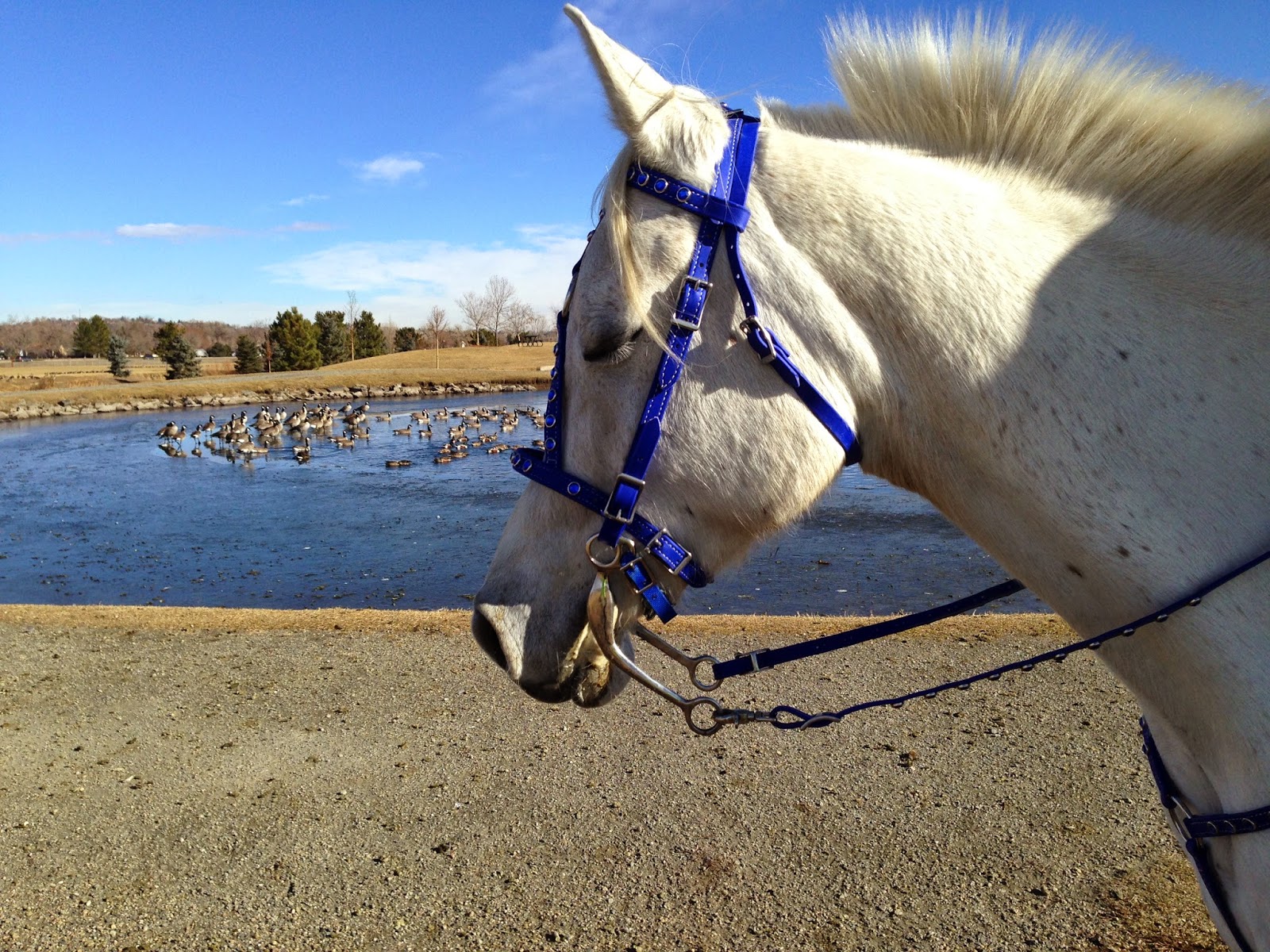 Ashke still not impressed with the geese.

Note the haunches in canter, and the cross cantering.

This was the first time I just kept him moving forward when he elected to cross canter. I figured he could sort himself out since we were on a long straight away with great footing. He switches stuff around a couple of times and then settles into a nice canter.

He was very bouncy here, although he doesn't look like it. 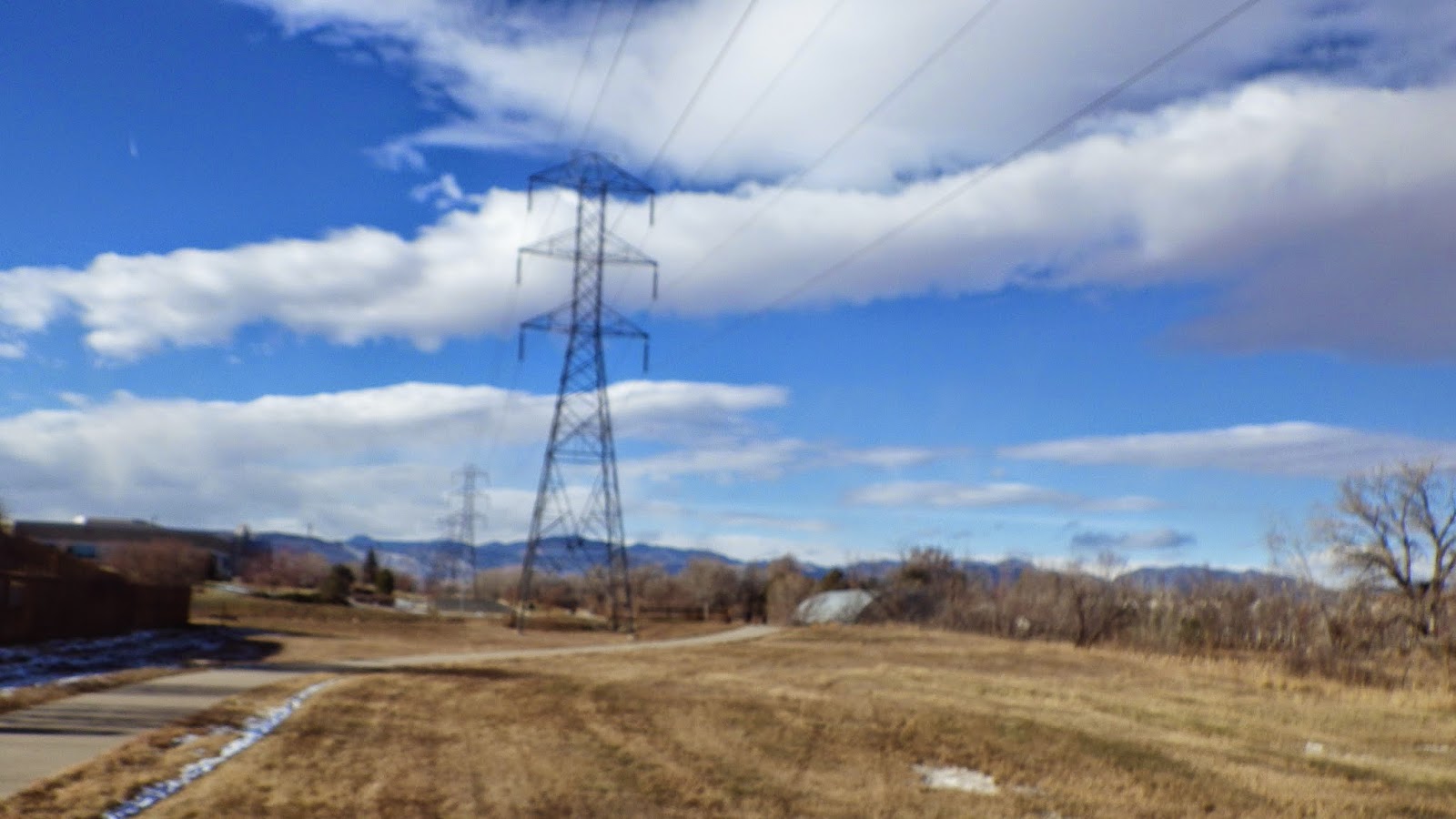 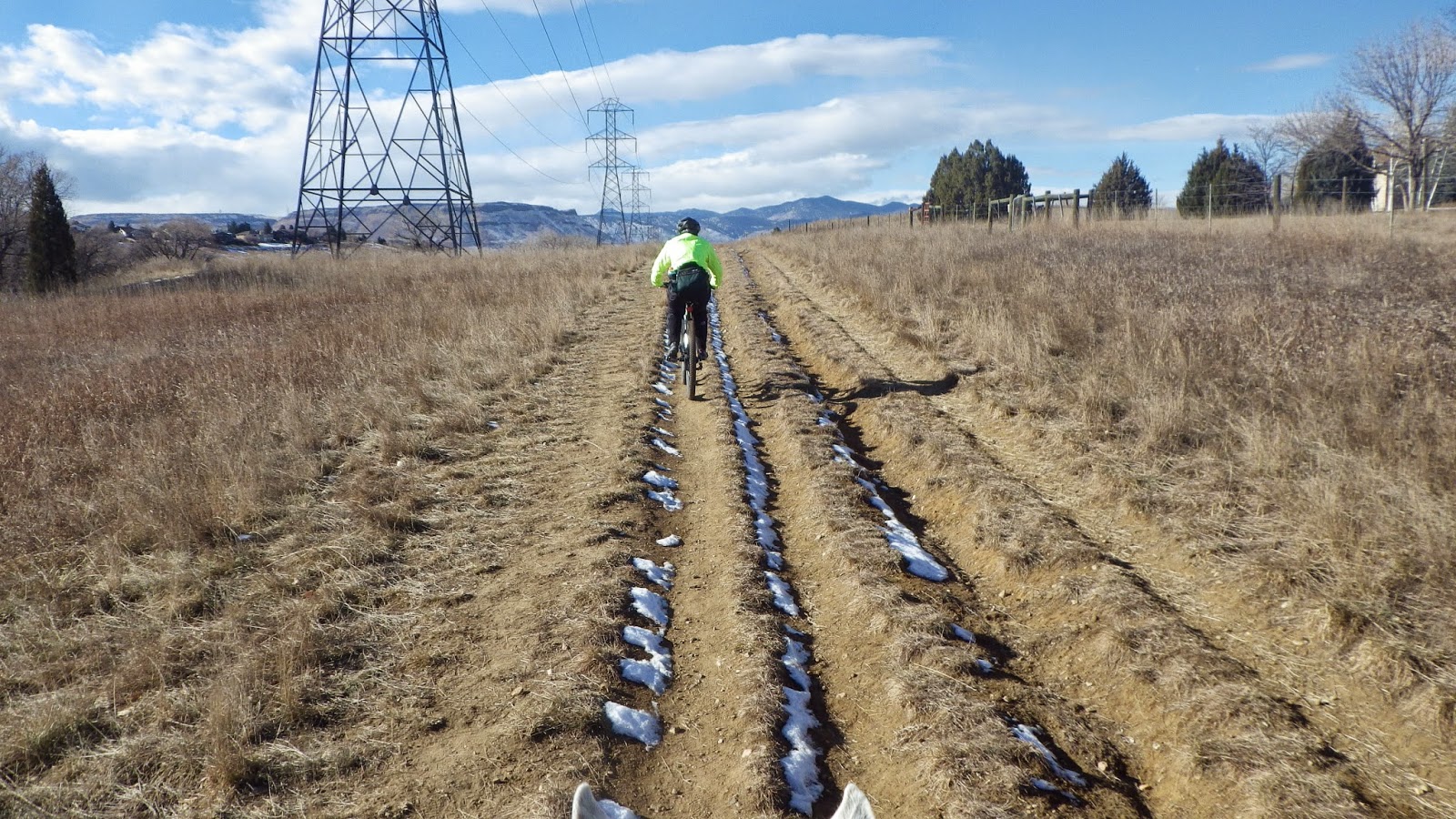 We followed one of the older tracks back, at a walk since the ground was not even.
Ashke felt tired at this point. I think he expended a lot of energy in nervous behavior, which tired him.

I am worried, however, that there is something else going on with him that is depleting his energy stores. I know it's too early to expect the new food regime to have completely rejuvenated his deep energy stores. I really think this lethargy or lack of bottom is due to the food he was getting at TMR. I'm worried though and not sure how long I should give the new feed program at the barn before I start to make adjustments. His body condition is probably 5.5 on the condition scale and he does have some fat deposits at the girth area and behind his shoulder, but not at his tail. I can't see his ribs but they are easily felt beneath his hair. I know that there were a number of people at TMR who are seeing the same type of behavior and weight issues that I am seeing, including both Cali and Eddy. N had added Strategy to Cali's diet and K is supplementing Ranchway feed for Eddy. Any suggestions? 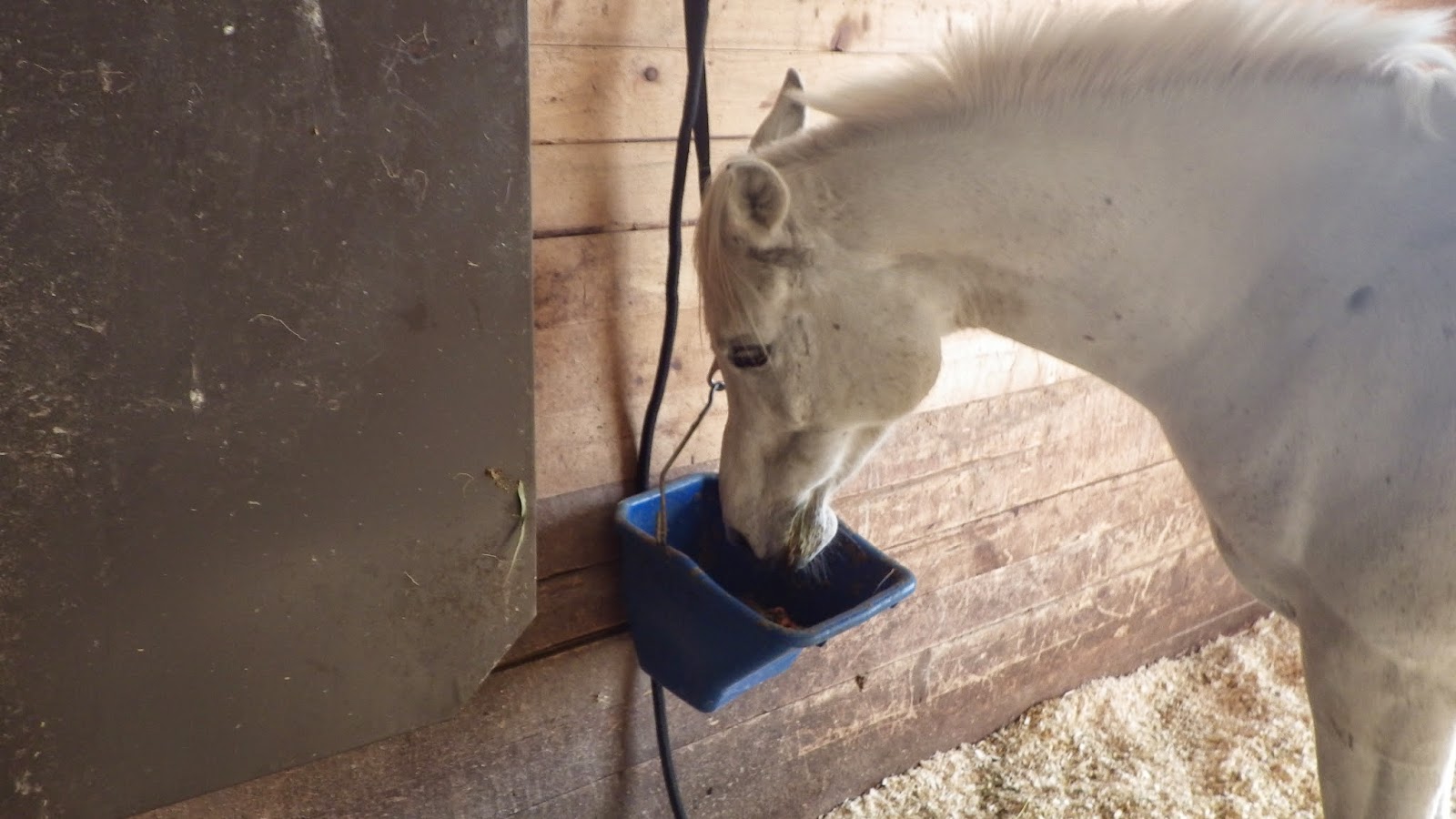 Ashke enjoying his post ride mash.
I know it's just the angle, but look at that neck.