He came to us at 4 weeks old. His mother was feral and had her kittens in the garage of a co-worker. The mother was killed when the kits were about two weeks old and my co-worker had bottle fed them. We had one eight month old kitten already and he really seemed to want a kitten of his own. In fact, he asked for a kitten specifically. We decided that we would bring him home one. I went to my co-worker's garage and met our new kitten. He curled up on his back in my arms and fell asleep.

It was love at first sight. He was about the size of my palm.

We brought him home to introduce him to Taz. Taz started to purr as soon as he set eyes on our new kitten. Our new kitten puffed and hissed. Taz purred.


And then this happened: 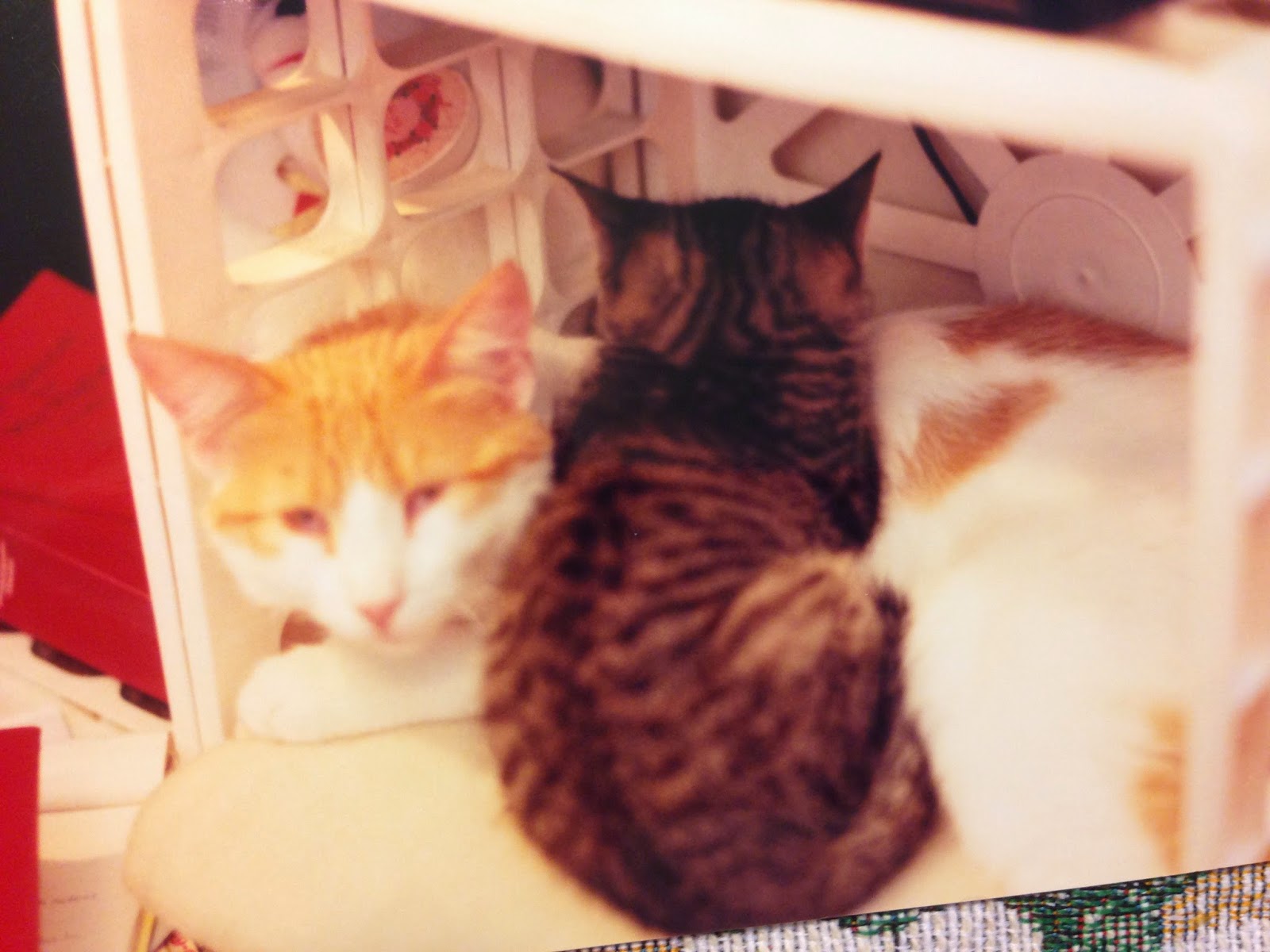 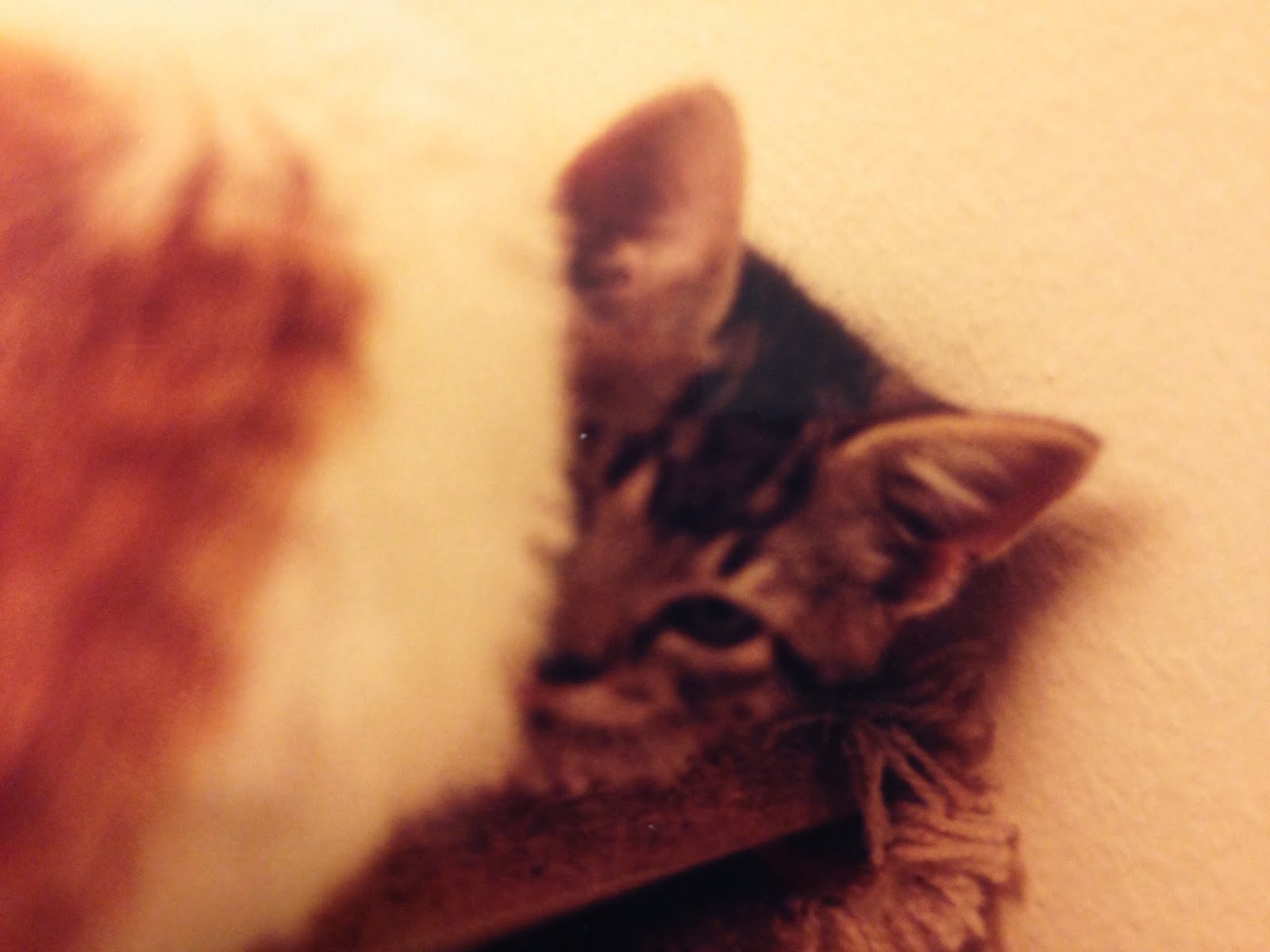 He was the sweetest cat 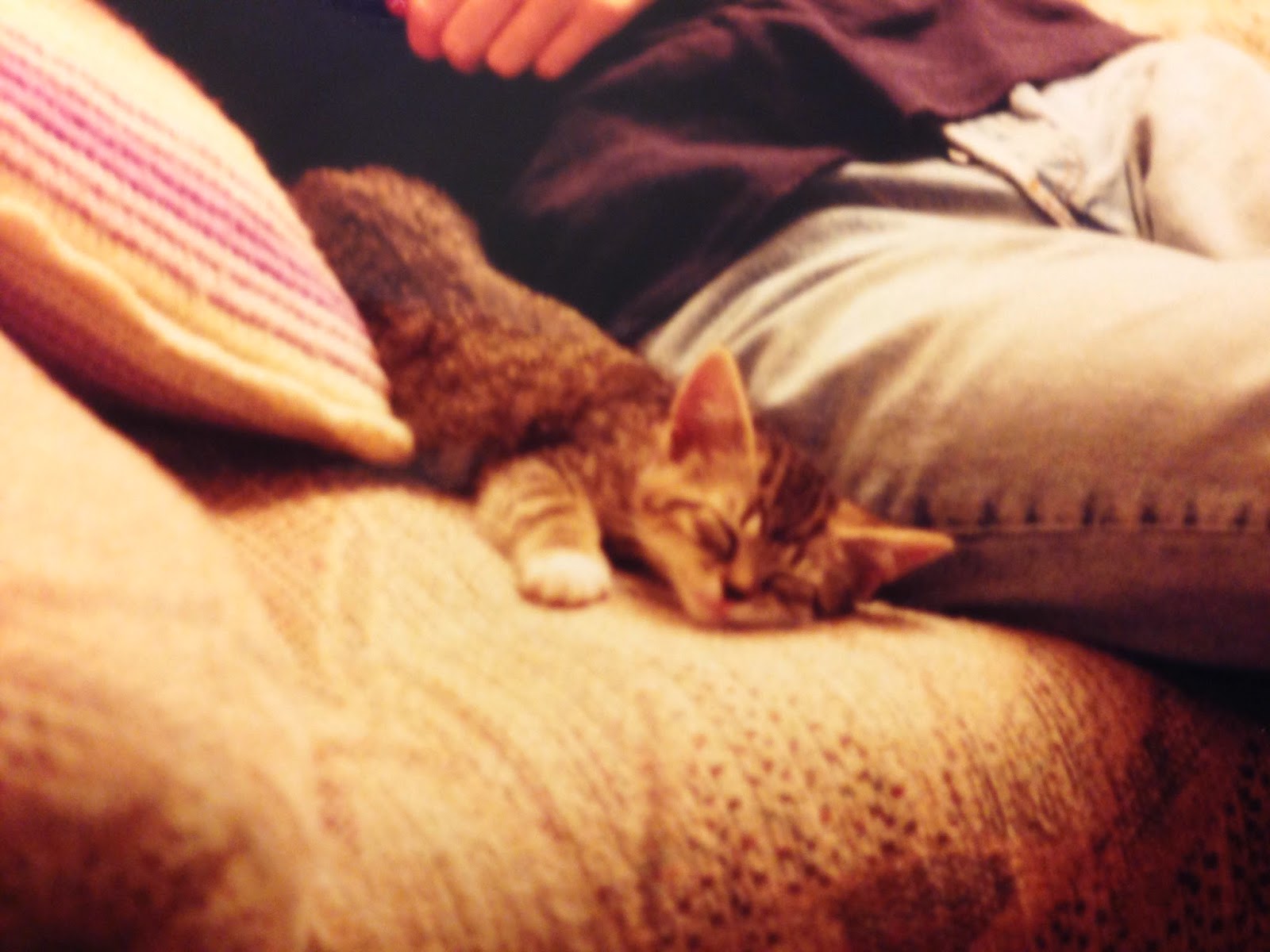 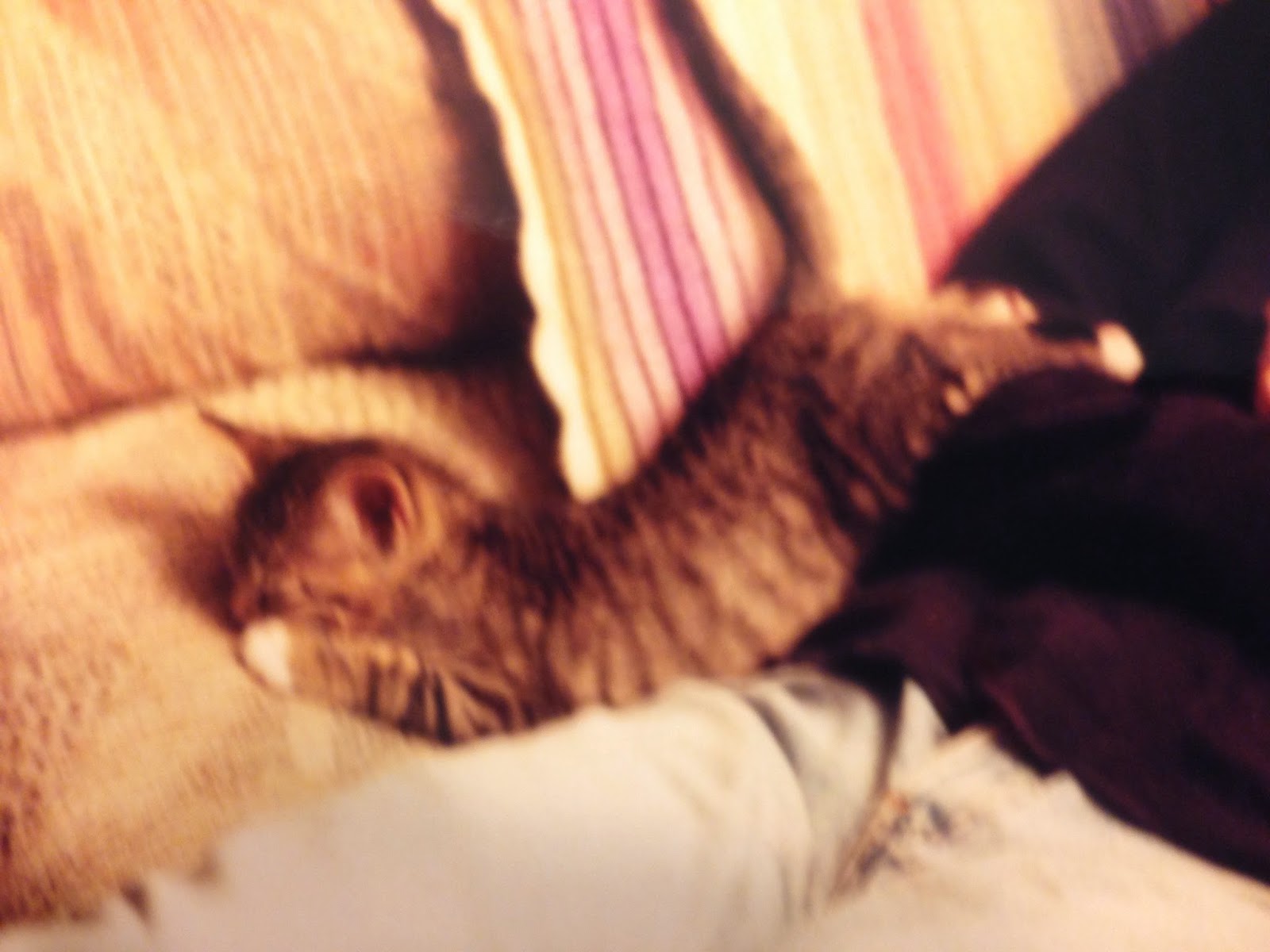 He and Taz loved each other. 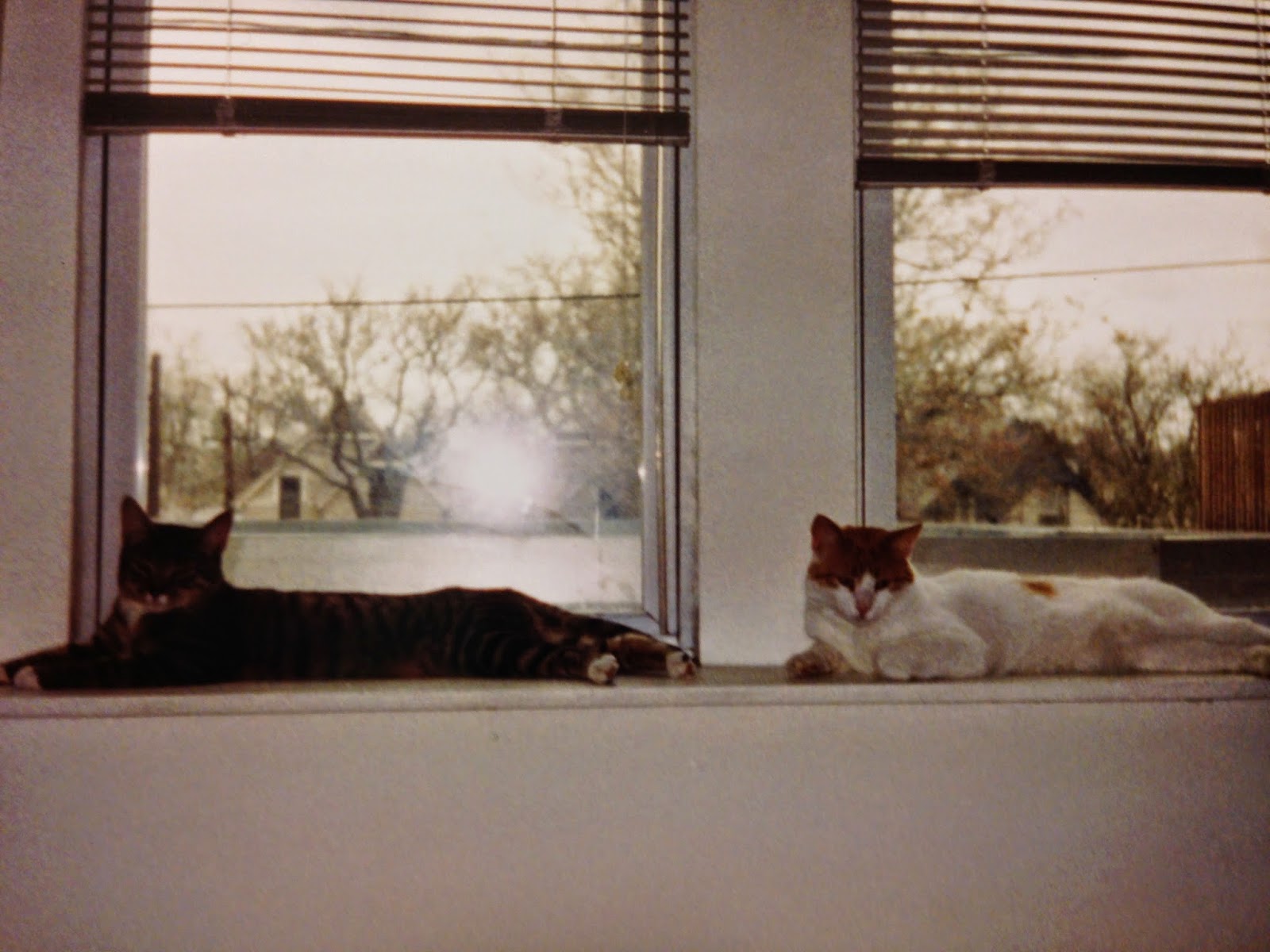 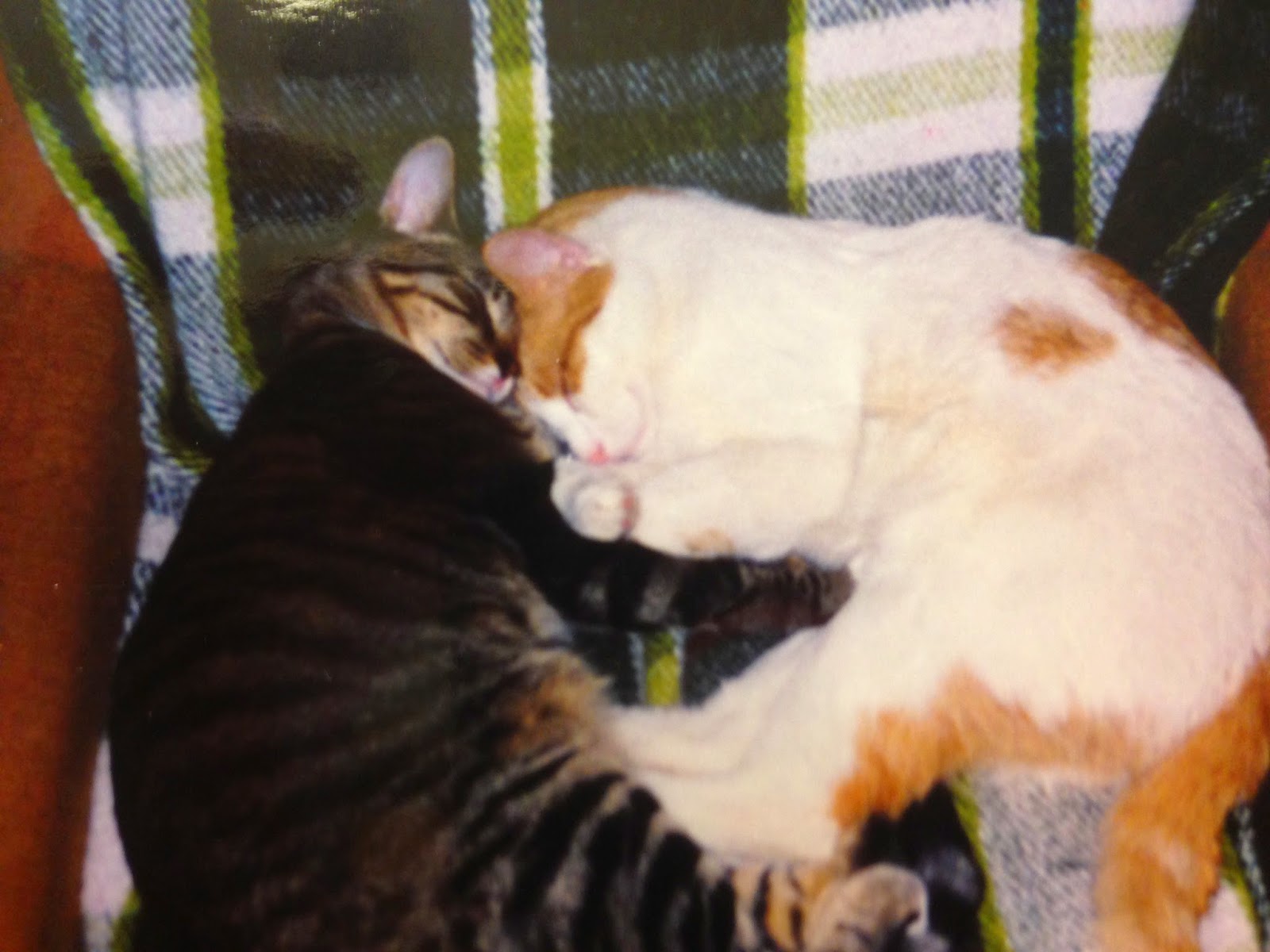 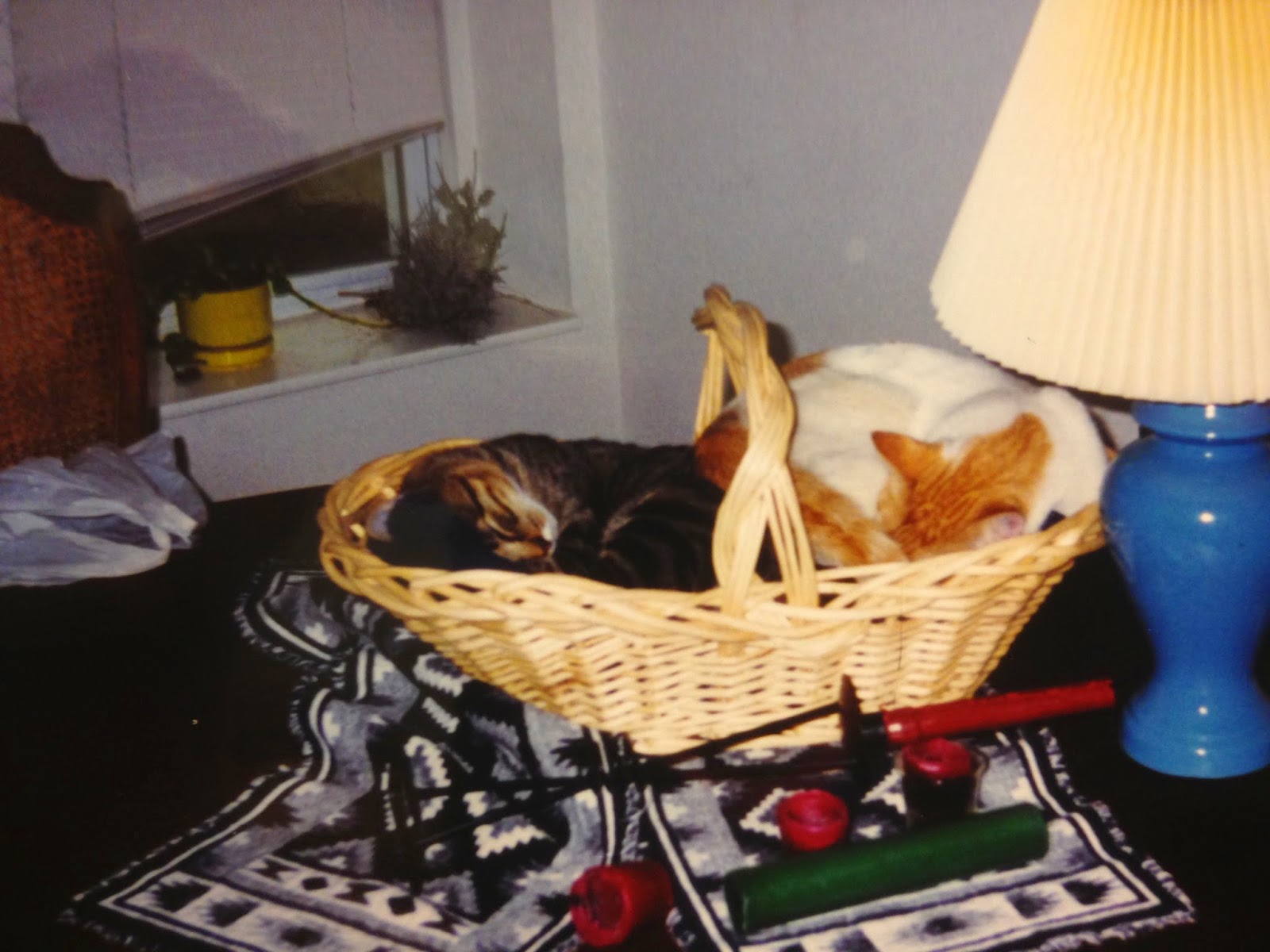 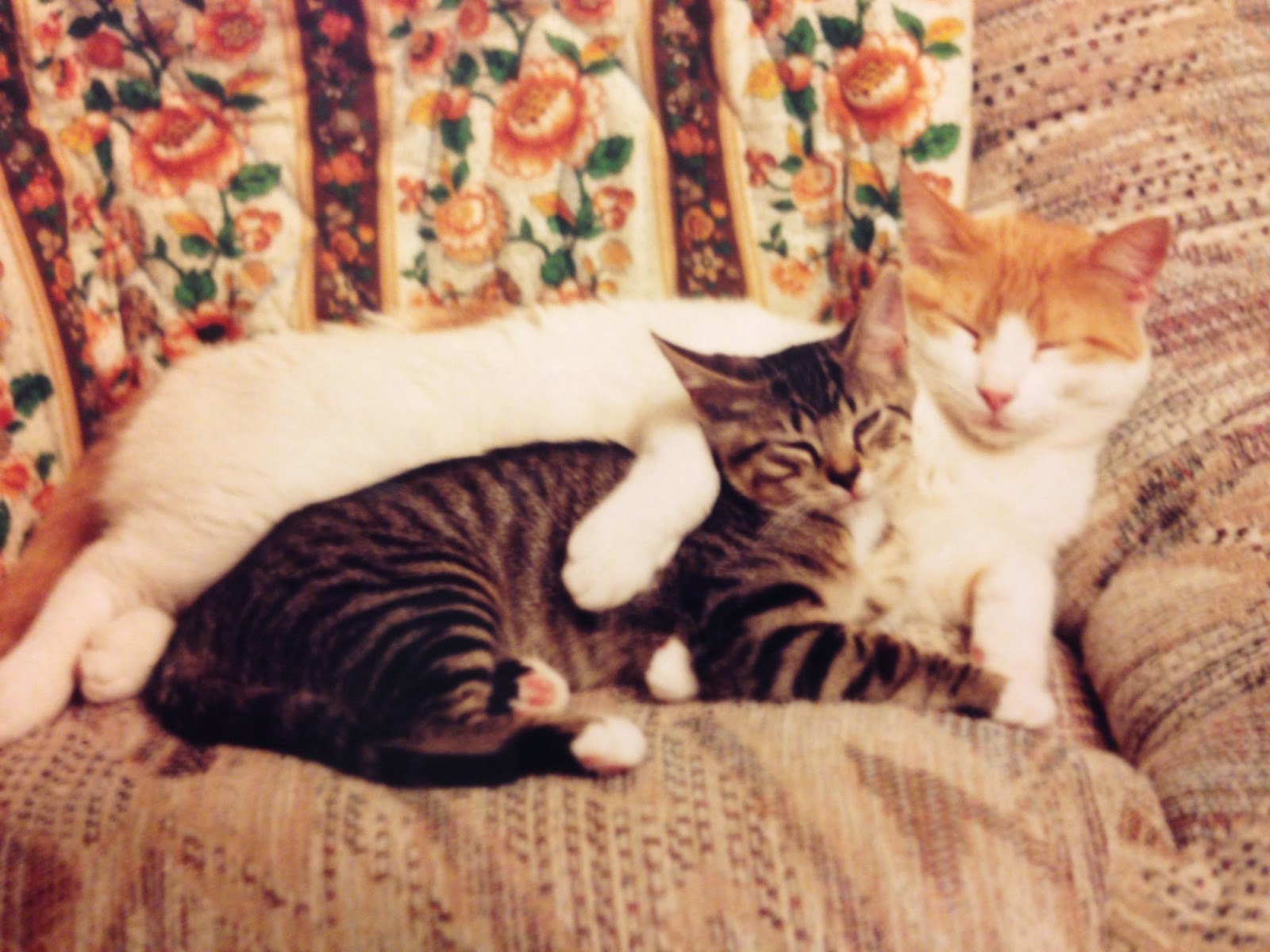 We named him Preacher, because he talked all the time. When we moved into our own place, it was the first place he had ever lived that had stairs. He wandered around meowing for days, because he was so lost.

He was my little snuggle bug. 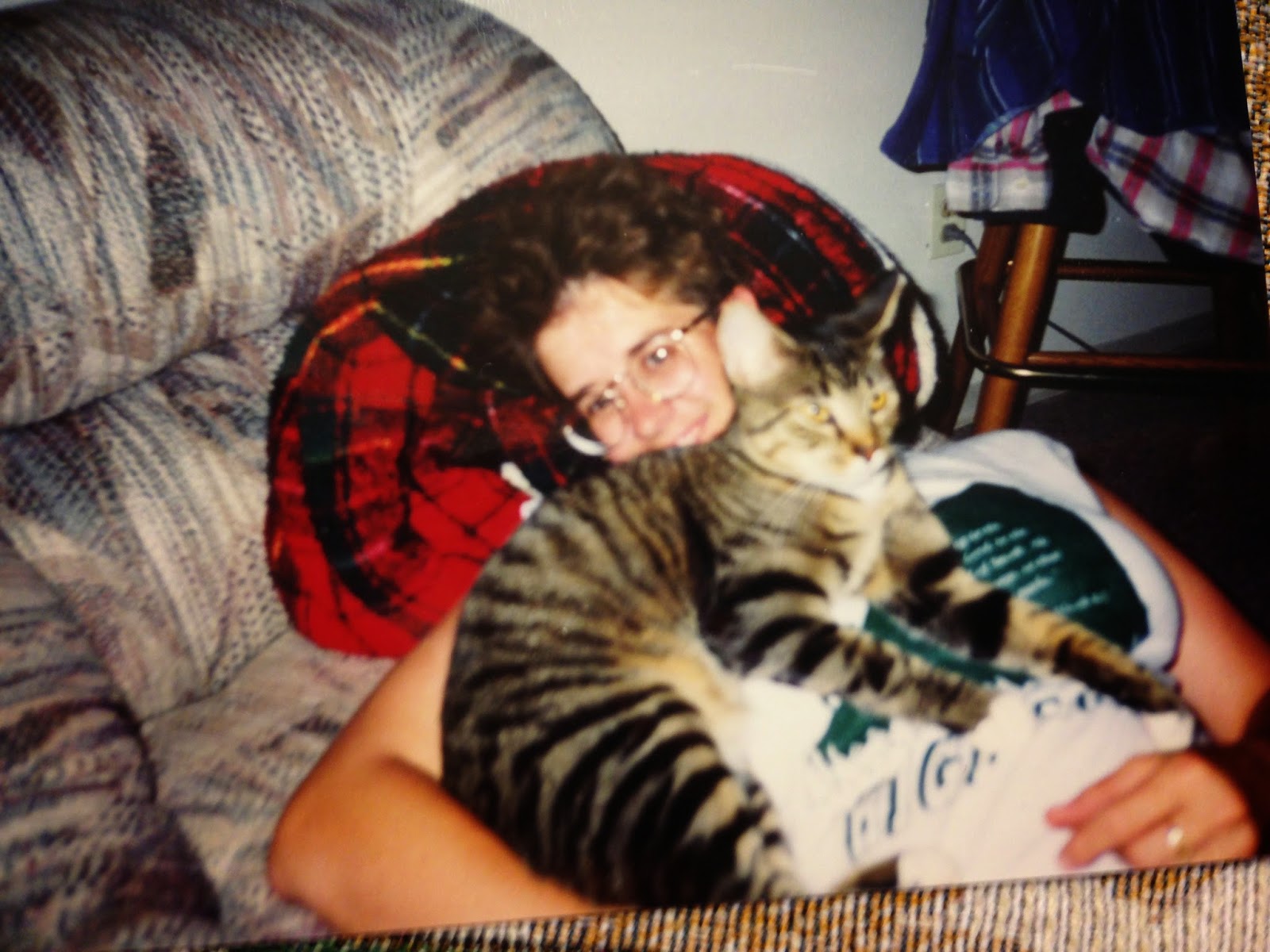 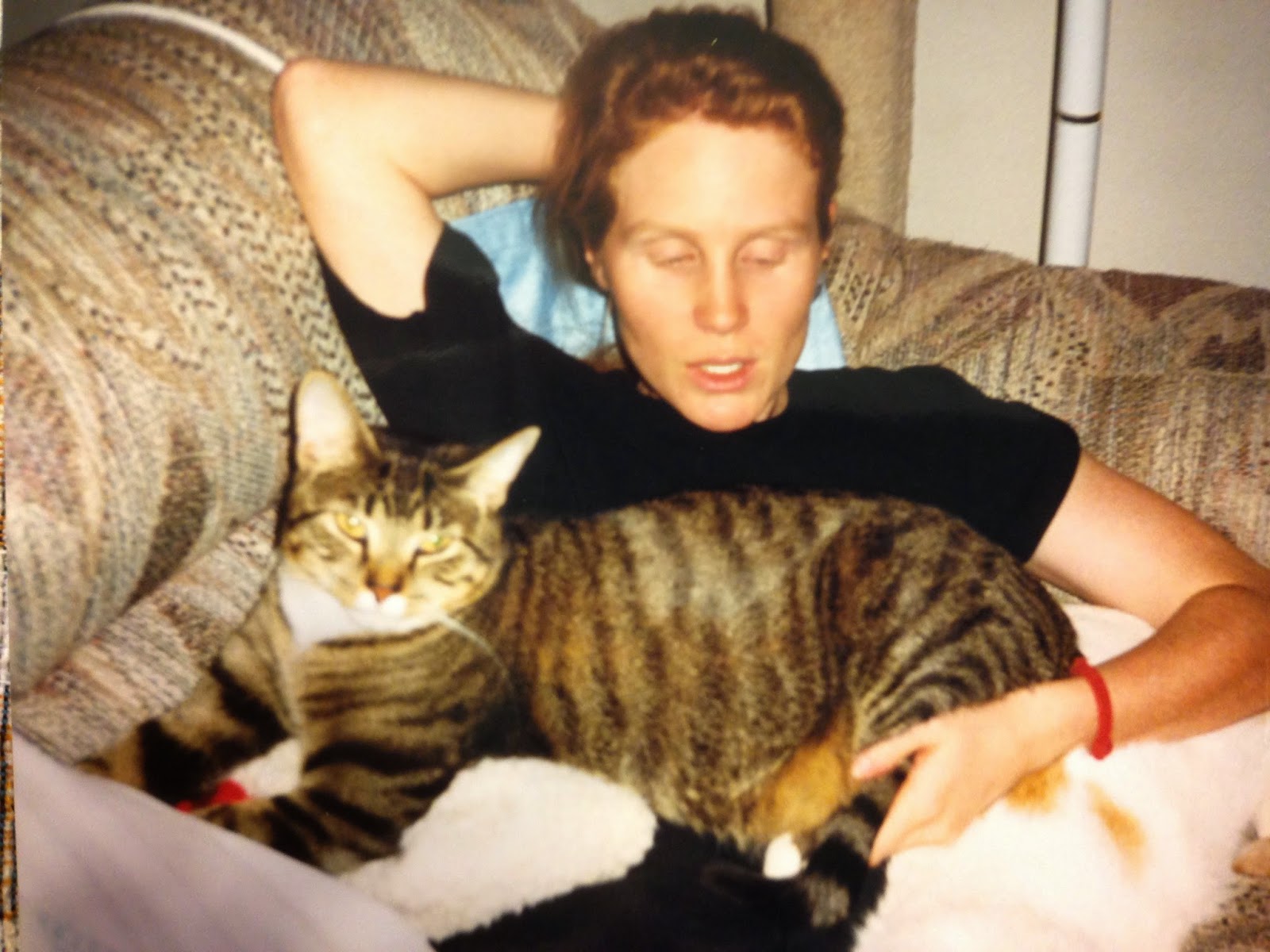 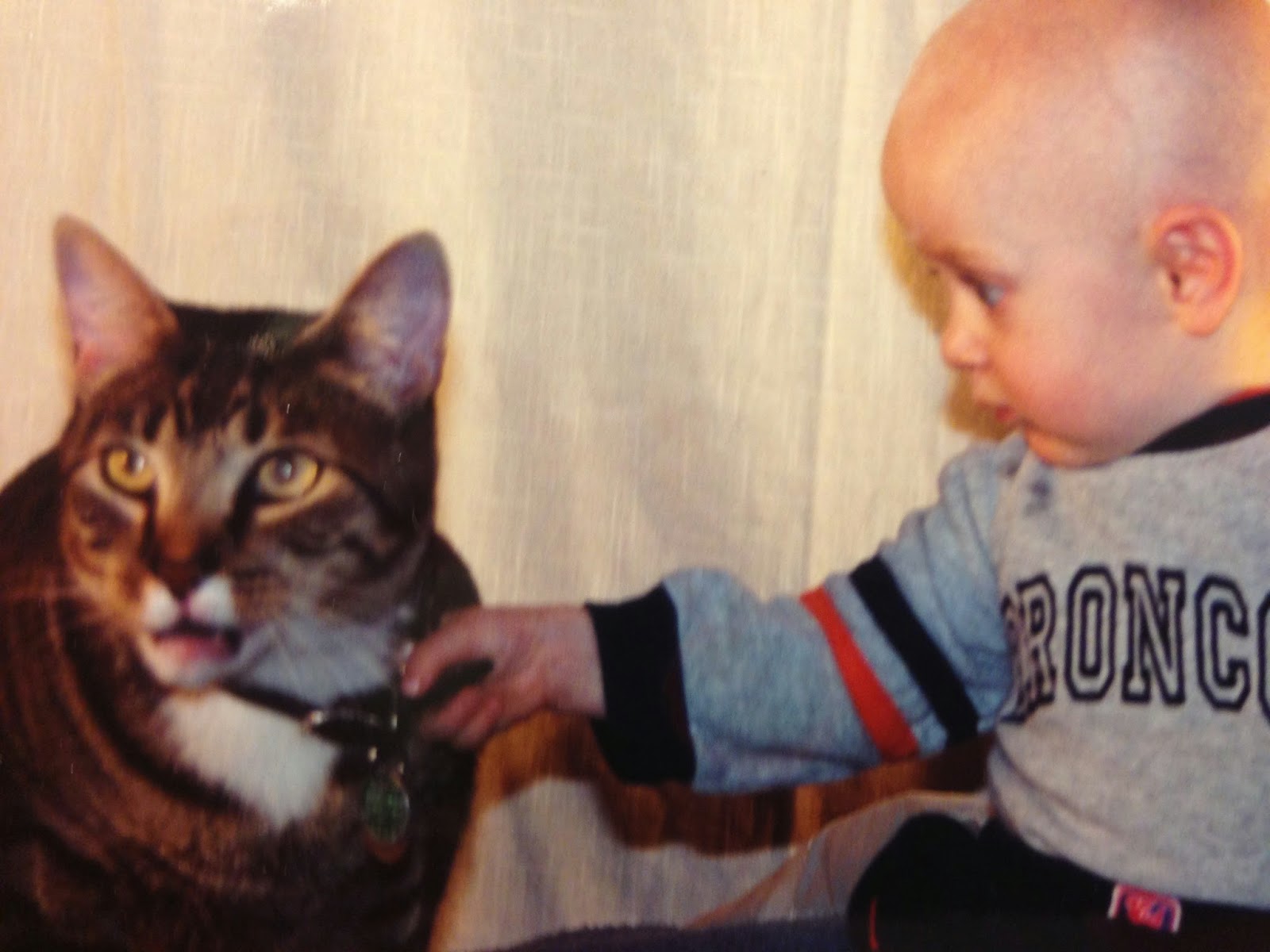 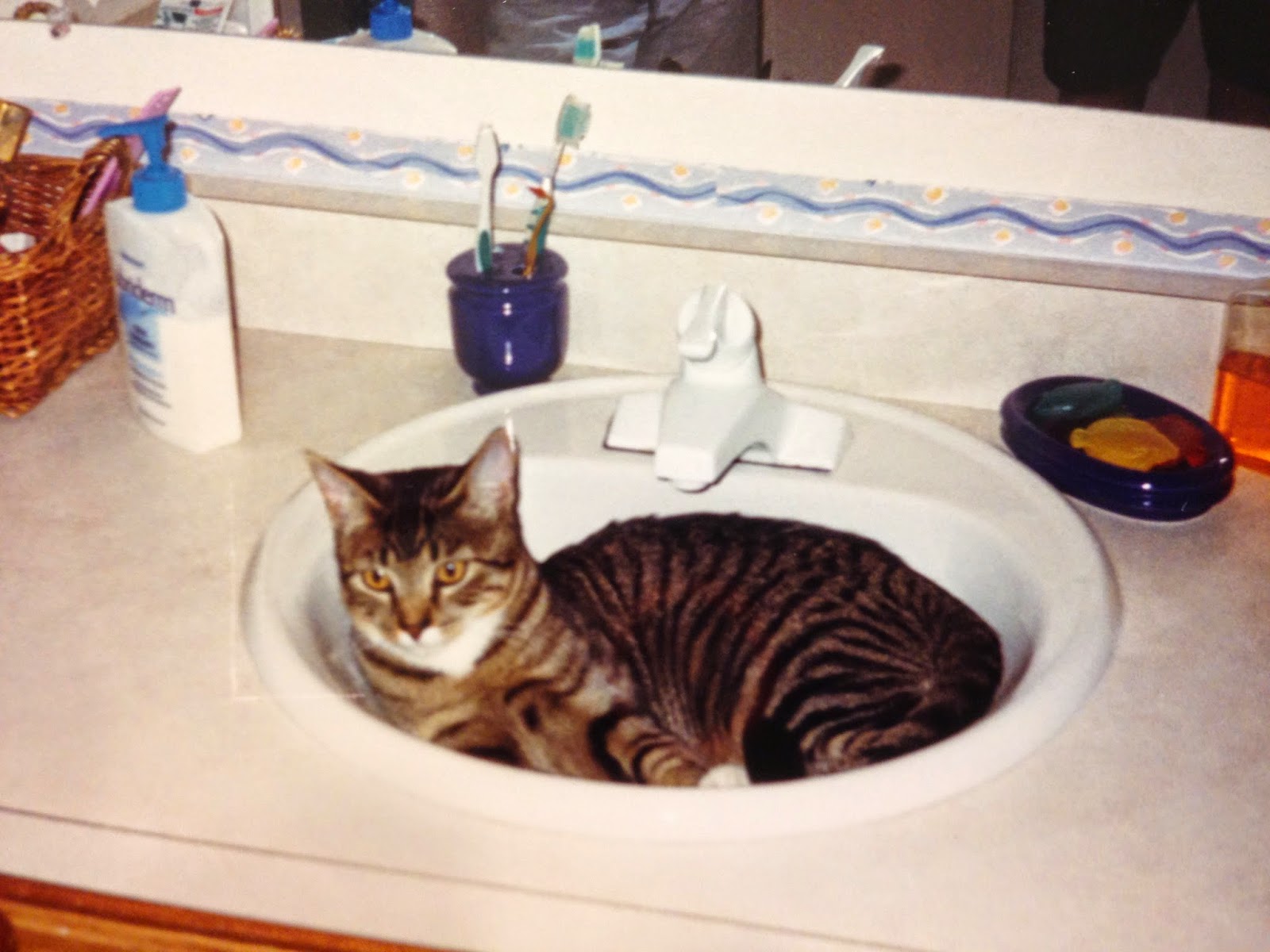 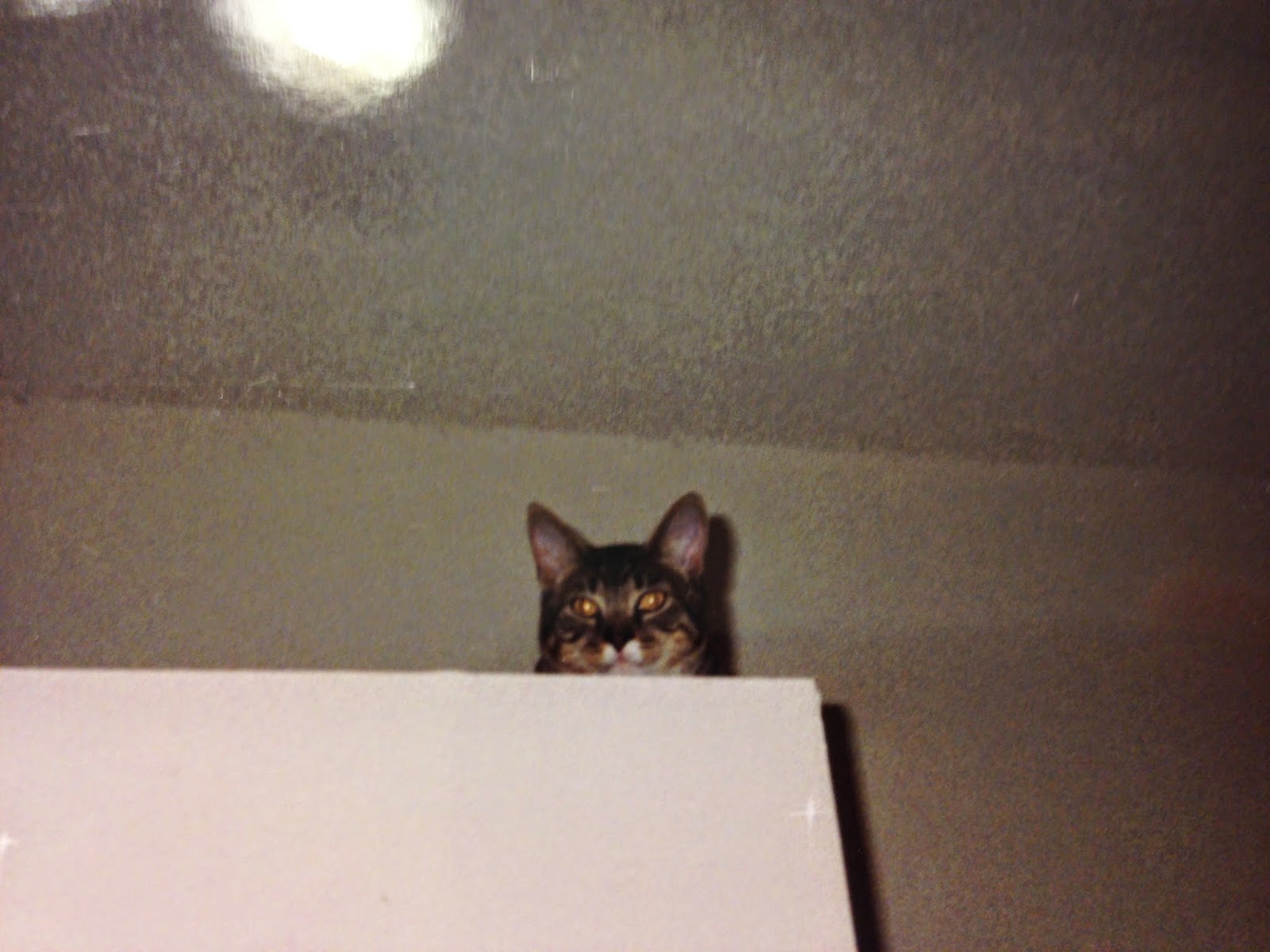 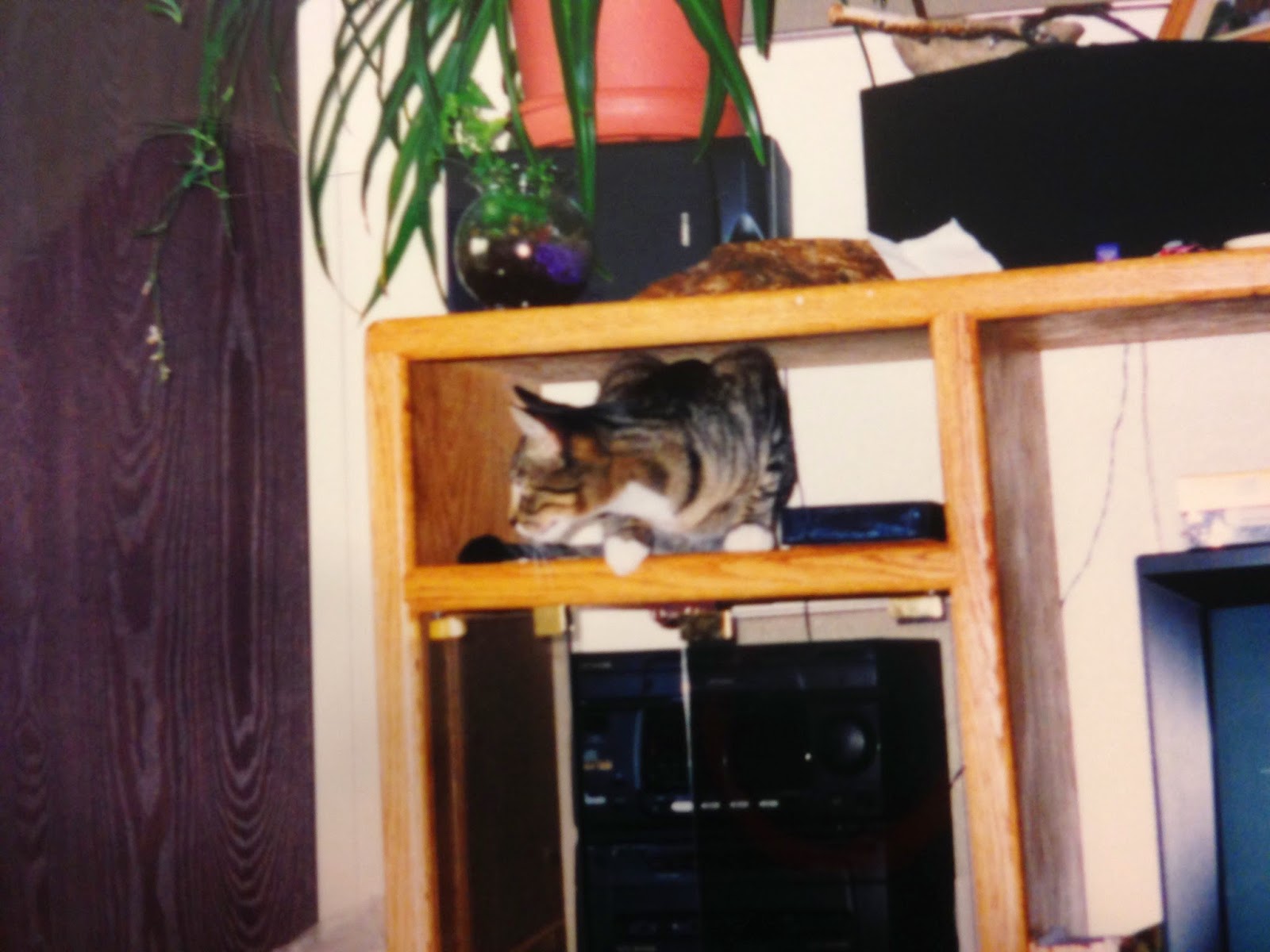 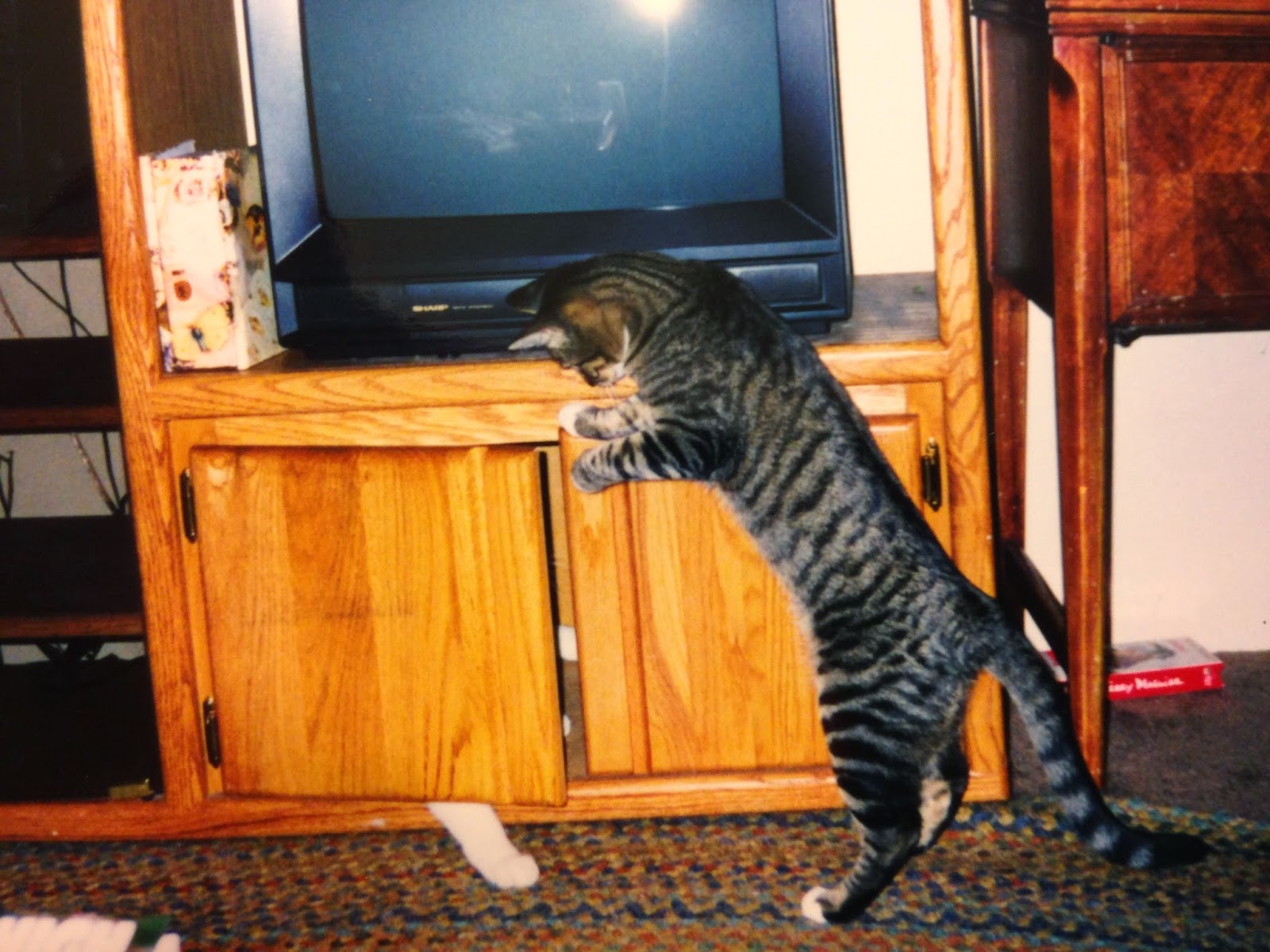 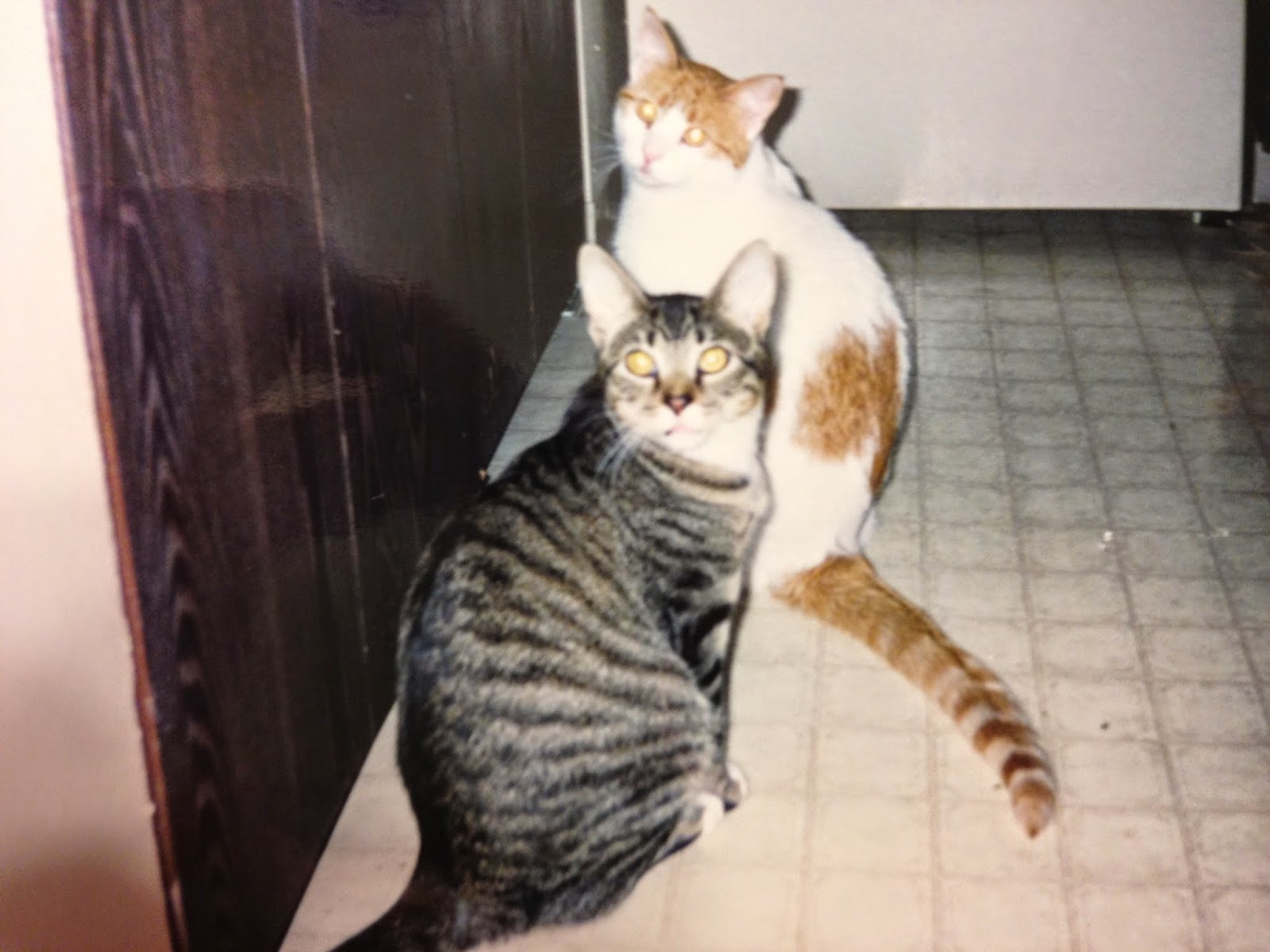 This morning we sent him to the Bridge. J and I held him while the vet released him from his pain. He was with us for sixteen and a half years. Our second oldest pet.