We started with a trim. 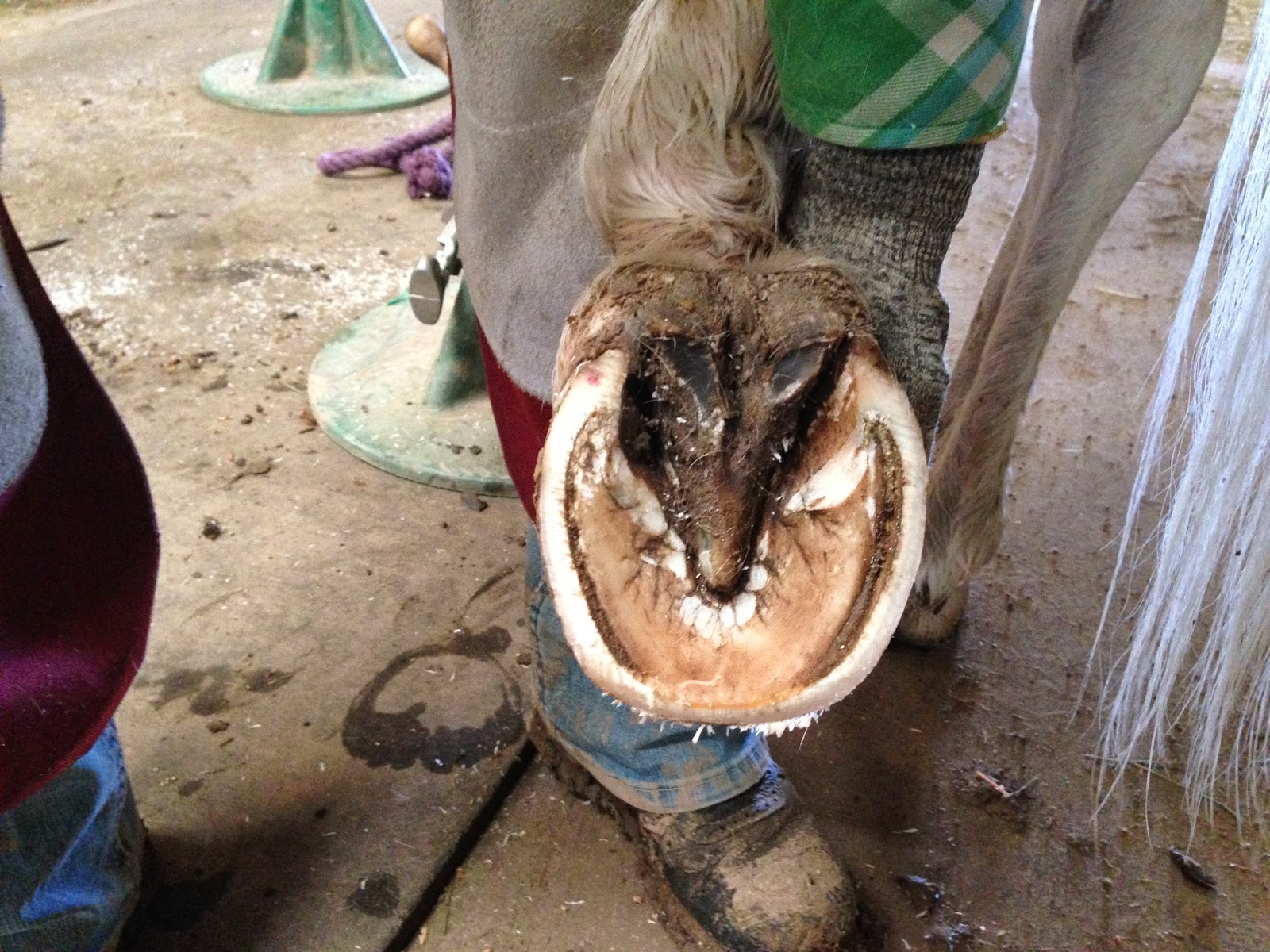 Left hind. Super thick hoof wall. One small little bruise where there was a bump in his wall.
Swear to God, this horse is the epitome of the Princess and the Pea. 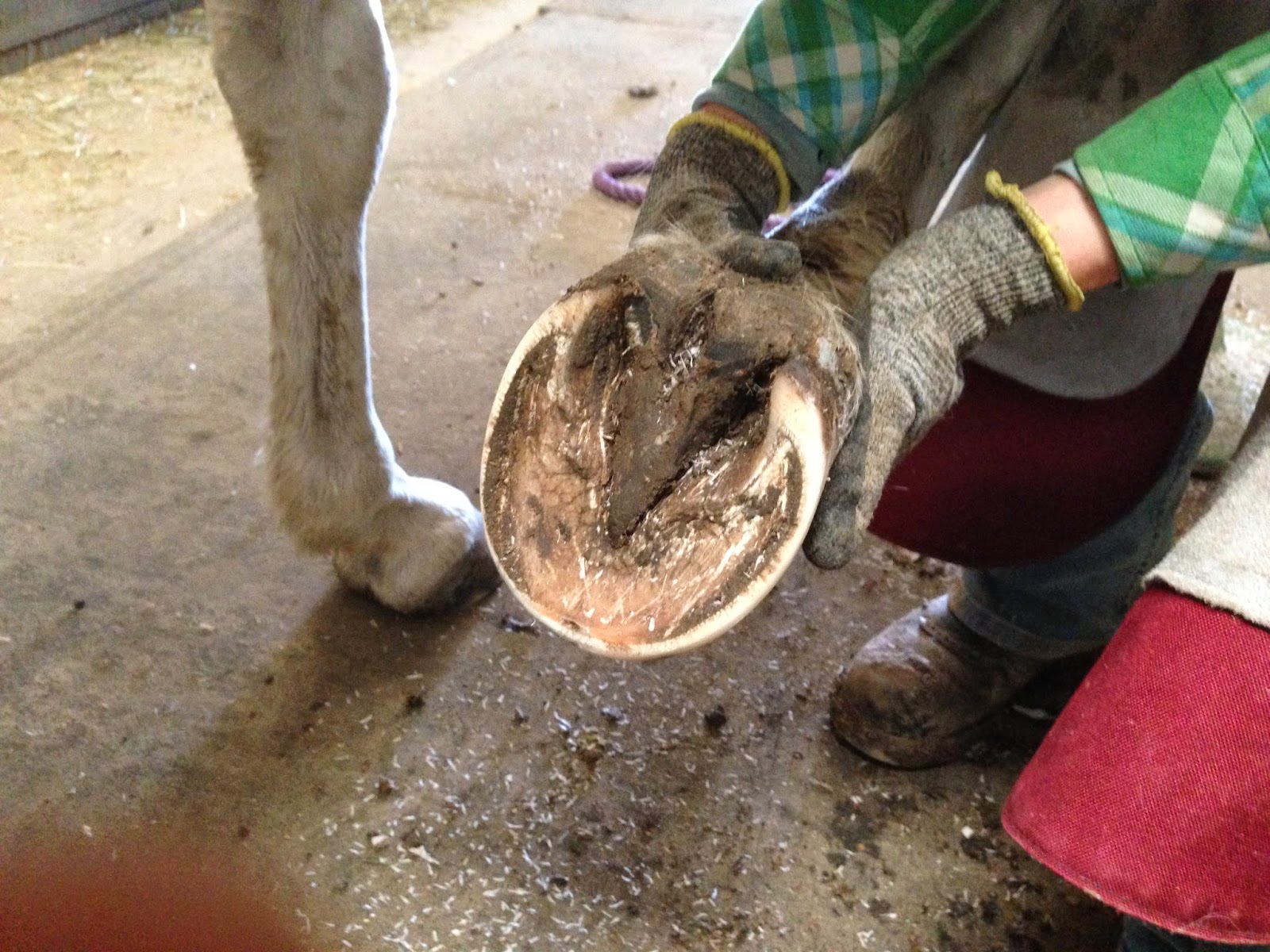 Right front. He was pretty long this trim cycle. He is growing a lot of hoof.
Michelle said his soles and frogs were rock hard and looked awesome. 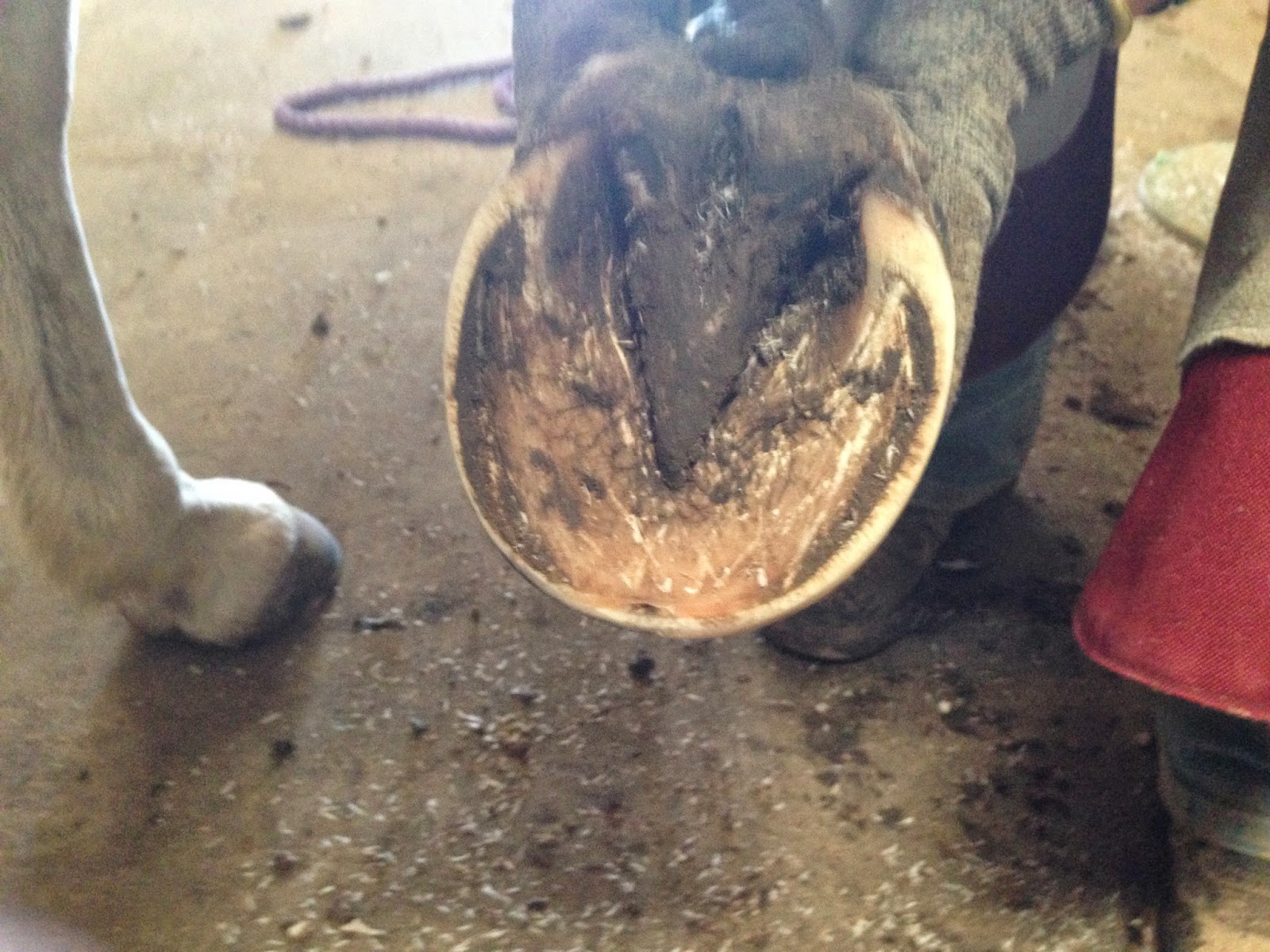 Still a little bit of imbalance from how he is carrying himself. However, it is less and less with each trim. Michelle agreed that the hillwork will help.
The right front was the worse hoof, and was badly flared to the inside. He looked great when she was done. 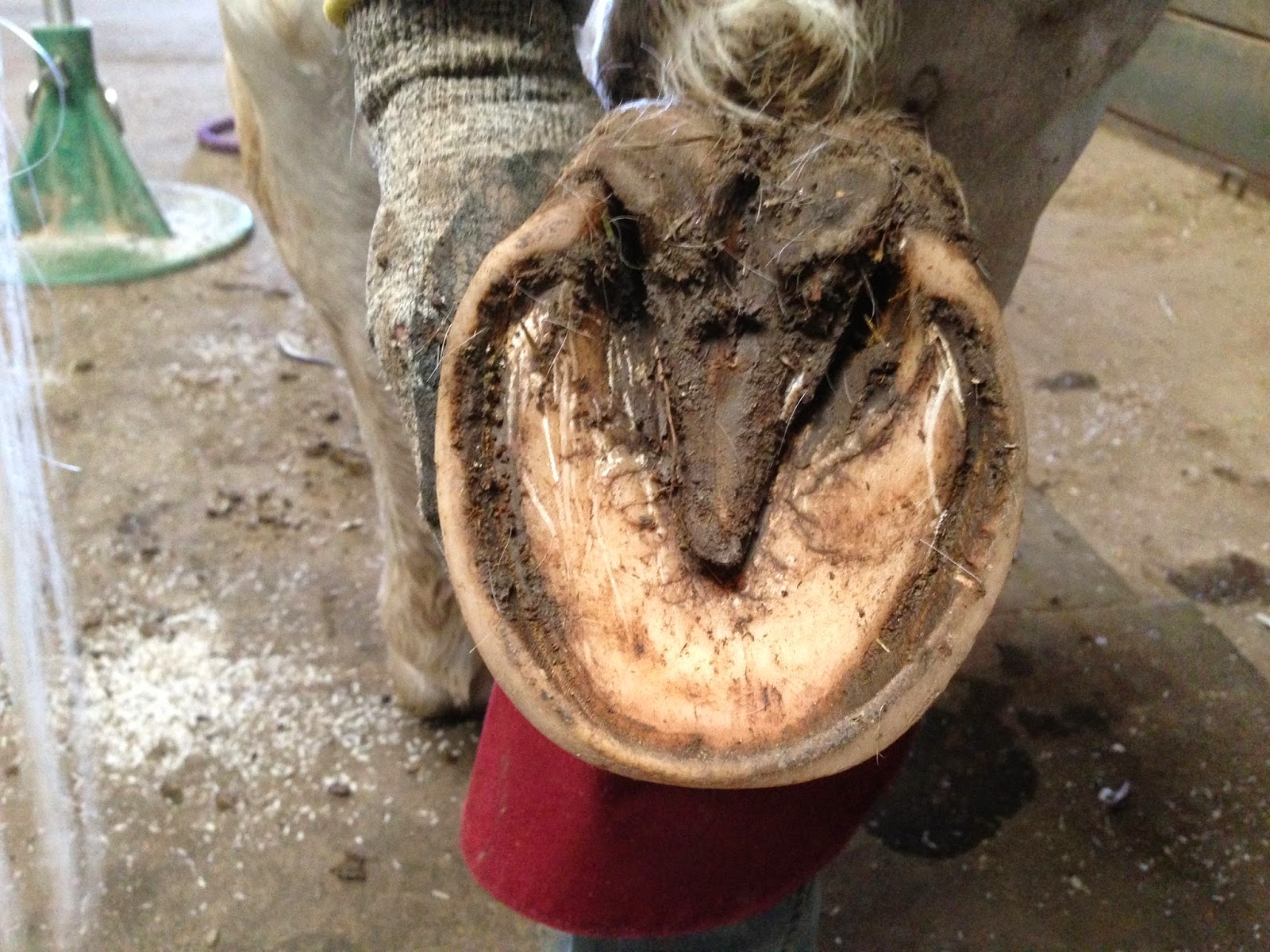 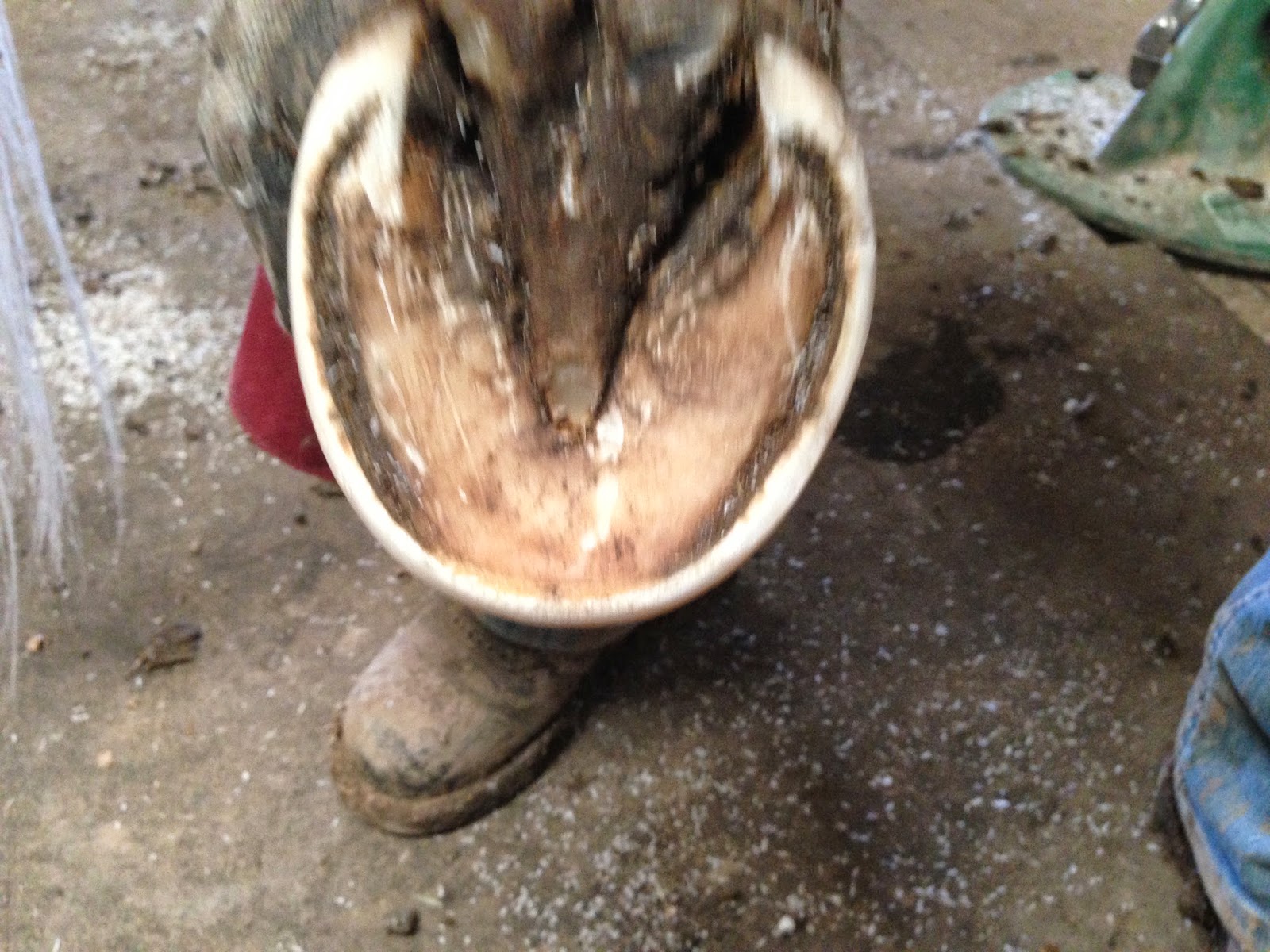 Despite the wind and the cold, I saddled up and headed to the outdoor. Ashke and I warmed up slow.

Then we did cantering. Then I had to stop and go to the bathroom. Then we went back out to canter.

He was so calm and relaxed and cantering at ease, that I asked him to do figure eights with a three step trot in between circles. He rocked it. I mean, rocked it. And had a blast doing it. He got to the point where we were taking three steps and launching into the other lead. Awesomesauce!!!

I have been wanting to do figure eights at the canter for over a year. One more step closer to the flying lead change I would love to see him master this year. Then we wandered around the property with Elle and Tonk. As I came back to the outdoor, Lisa was going to let Amaar go and warm up, so I stripped the tack off of Ashke and let them play.

My favorite image is Ashke turning toward the gate from the far end of the arena and blasting into the most incredible run toward me ever. He is so muscular and I am seeing new muscle growing in his shoulders and back and hips. He ripples as he runs.

Amaar was faster though. We are blaming the earlier canter work we did and the fact that Amaar cheated.

That's our story and we are sticking with it.
Posted by Cricket at 11:28 PM