N and I had quite the day. We met at the barn about 11:45 to do a trail ride. When Ashke saw me in the aisle of the barn he whinnied and then whinnied again. I think he was so happy to see me. I think he knew we were going out on the trail. We got them brushed and then we had to take pictures of Cali's feet with and without boots so N can send them to Easyboot and we can figure out why the boots keep coming off. Although, after today, I think getting the boots wet is part of the problem, along with Cali clipping the back of her front boot with her hind boots.

After pictures, we got them tacked up and headed out. They were both really up and raring to go. We went through the neighborhood to the trail, turned right and went over the bridge. As we were going over the bridge I realized there was a trail directly in front of us leading out across the field. I asked N if she was interested in exploring and she said yes, so we went straight out over the field. Ashke and I cantered right up to the point where we both saw a small ditch, and then the canter slowed significantly. Ashke doesn't like ditches. I held him to a trot after that, in part because I wanted to make sure his hip had time to warm up so we didn't pull anything. About three quarters of the way across the field we came up on a deeper ditch.

There was a ditch running perpendicular to the trail we were on, that had a ditch coming off of it, running West to East. At the point where the trail we were following crossed it, the ditch had split, so there were two ditches only about two feet apart. I looked at it and evaluated my possibilities. Then I got off. I couldn't see any possible way to cross those two ditches without risking Ashke. There wasn't enough space between the two ditches for him to stop, balance and then jump the second ditch. I wasn't sure I wanted to try riding it, either. Ashke was very snorty and wasn't sure he wanted to follow me through the obstacle. He managed to walk through the first ditch (which I don't think he would have done if I had been on him), and then balked for a few moments, thinking about it, then leaped like a deer. I would have been toast.

I was praising Ashke when I heard N yelling, "I'm coming off, I'm coming off" and I turned to see her trying to control Cali while hanging off the side of her, mane clutched in one hand. Cali was wonderful and stopped, even though she seemed a bit confused by N's behavior. N righted herself without hitting the ground and decided to try the ditches again. Cali walked through both going back out (downhill and the second ditch was much shallower and narrower). I watched this time as they started back. Cali jumped the first ditch and landed her front feet on the triangle patch of ground. As she did her hind feet landed in the ditch. Then she launched herself over the second ditch, with her hindquarters much lower than her front feet. She too leaped like a deer and really had to propel her haunches up and out of the ditch. That was what I was expecting to have happen with Ashke if we had tried to cross. I explained to N what had happened and it really explained why she wasn't ready for the deer jump.

We continued on at a trot on a track with prairie dog holes on either side. We found a new little lake and there was nifty little track that Cali cantered on and we trotted. We made our way to 64th and turned East and backtracked a little bit to get back onto the normal path to Tucker Lake. N needed to work Cali on some transitions and Ashke and I had a bit of a conversation about keeping his trot collected, even when extended. Both horses seemed to know where we were going and were very excited about getting to Tucker Lake.

At Tucker Lake we stripped saddles and bridles and boots. Put them in a halter and lead rope, then I stripped off my boots. Both horses went into the water without hesitation. Both horses laid down in the water. Ashke went out so deep that I was in the water up to mid chest (just under my boobs) with the lead rope stretched to it's fullest. He acted like he was going to swim to the middle of the lake. Instead he swam in a half circle until he got his feet down into the mud again. He did it twice. Finally, they were ready to come out and N and I wanted to eat our lunch.

About that time a woman with two dogs showed up and Cali tried to lose her mind. N had her working circles around her with a hill on one side of the circle. Ashke looped a leg through his rope and almost lost his mind. I had to drop the rope and hope that he would stand still (I was betting he wouldn't leave Cali) until I could walk up to him and get him untangled. It was very scarey for me and I mentioned to N that we needed to do some Parelli work with him over the winter until ropes don't bother him any more. About the time Cali relaxed enough to be saddled again, N realized Cali was covered with hives. They were on Cali's chest, legs, belly and creeping up her neck. I checked Ashke and sure enough he had the same thing. We saddled and headed for home, hoping it wouldn't get worse.

Going home was very interesting. Ashke started kicking out and bucking every time we cantered. He didn't do it at the trot, only at the canter. That made for an interesting ride. We would canter, he would buck, we would slow to a trot and Cali would canter on. Ashke did a lot of leg yields, turning and backing until he finally listened and trotted like I wanted. I wasn't real interested in cantering if he was going to buck. Cali decided she didn't want to canter if Ashke wasn't chasing her or she wasn't chasing Ashke. We had to brave two really scarey squirrels and a bizarre red car that Ashke really thought was going to eat him.

By the time we got back to the barn the hives had lessened but not disappeared. We washed both horses with Tea Tree oil and had Cassandra check them out. She thought we should wait and see, which coincided with what N and I had figured out. Neither horse was showing issues with their breathing, their face and the hives were smaller than they started out. N is checking on them now. 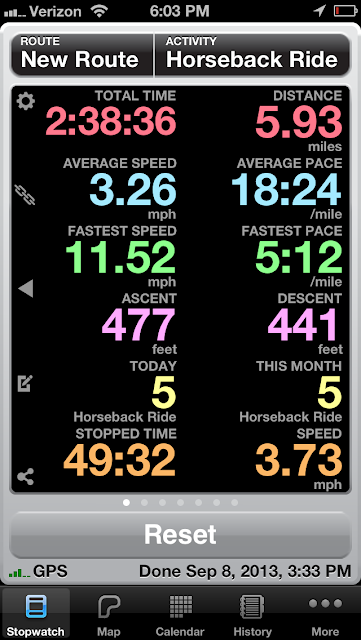 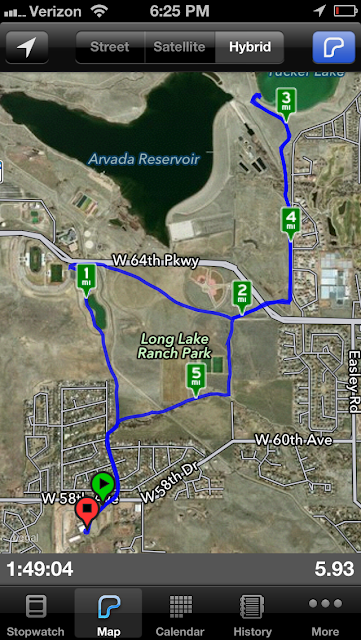 Well, the hives are worse. And we had conformation that at least three cities sprayed for mosquitos (West Nile). Not so good. N is calling the vet and seeing if he thinks he needs to come out tonight. We think they both need a good dose of Dex. 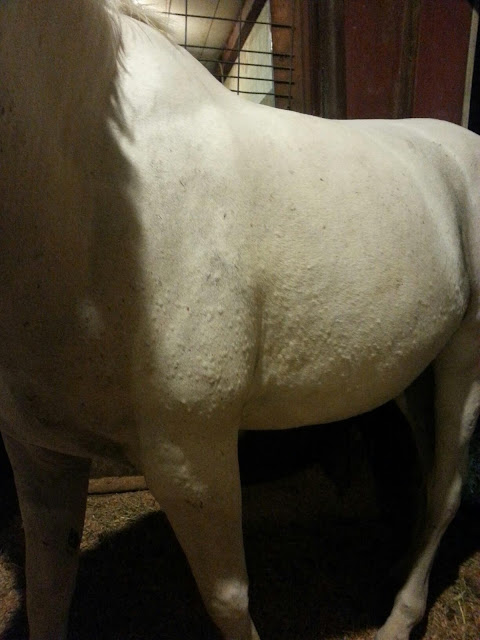 The good news is, he's eating. Doesn't seem to have a fever. 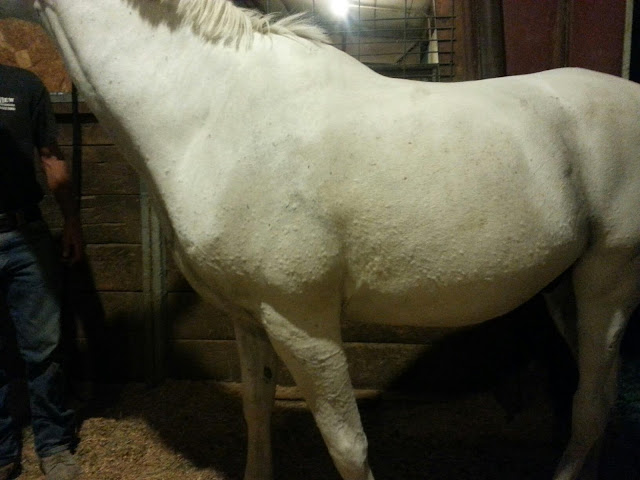 Neither of us even thought about the fact that they might have sprayed for West Nile.