Literally. Under water and not feeling great.

I saw Ashke on Friday night and he still had some hives on his shoulders and belly. The indoor arena was very wet and I opted not to ride. Instead we got the joy and pleasure of wearing the balance system (similar to the pessoa) and a twenty minute work out.

Ashke spent the first five minutes bucking. At a canter in both directions. It was amusing. Then he settled down and dropped his head, although it is so much more difficult on a lunge line then it is when he is in the round pen. He worked til he was warm, but not hot.

I could detect a slight hesitation in his right hip. I think it's from when he was jumping the cavalletti poles a week or so ago. I think this hip would keep him from being able to participate in endurance, but it's not enough to keep us from enjoying ourselves on the trail. N says he moves that leg a little different from the others, and I am hoping that will get better as he continues to get stronger. I may need to focus some time on riding hills to help strengthen his back and butt.

I didn't make it out on Saturday or Sunday. I was feeling crappy enough that with the exception of shopping at Costco on Saturday morning, I didn't leave the house those two days. I don't know if it's the weather, the flooding, the lack of sunshine, the anxiety and depression that seems to infuse Colorado right now, my sore throat and horrible cough. I just know I had less than zero energy and spent time napping in my recliner while listening to football on the TV.

I will be back out to the barn on Tuesday. My plan is to ride Tues, Thurs, Fri, Sat and Sunday. That's the plan. We shall have to see.

I thought I would leave you with pictures of our old barn:


The back paddocks where Cali used to live and the low area right behind the barn. 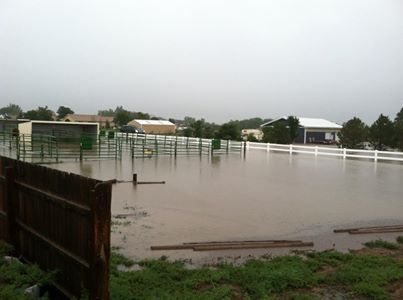 The water is about two and a half feet deep here. Maybe deeper. 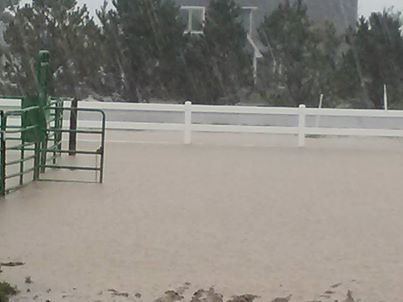 Pretty smart solution to the issue. Hopefully, the horses stay calm and the indoor arena doesn't flood. Does kind of cut down on the amount of riding you can do there, however. 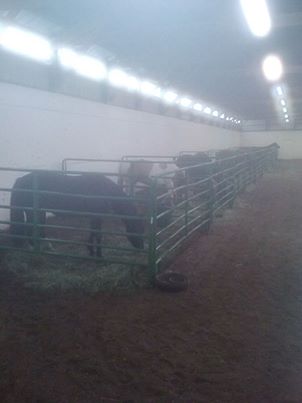