By Sunday night both horses blew up with hives. N called the vet and he told her that horses only get hives after consistent exposure (4 or 5 times) but I'm pretty sure there was something in the water on Sunday, and only Sunday, that caused them to have hives. The reason I think this is because they both have hives right up to the line where the water reached while they were standing in the water on Sunday.

Monday, Dr Long came out and gave both of them a shot of Dexamethasone. I went out on Tuesday and they seemed to be a little better. 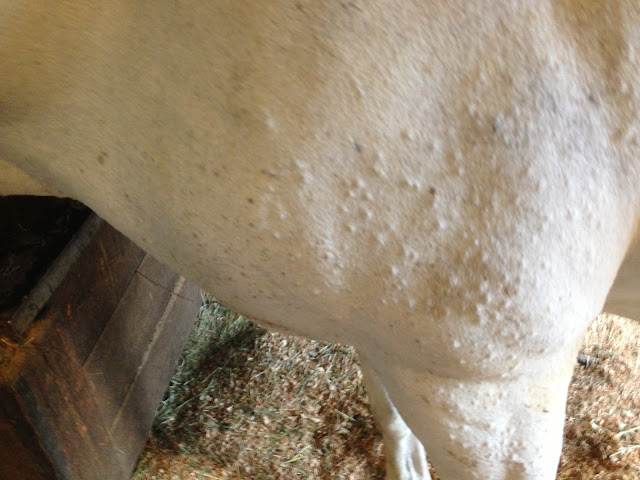 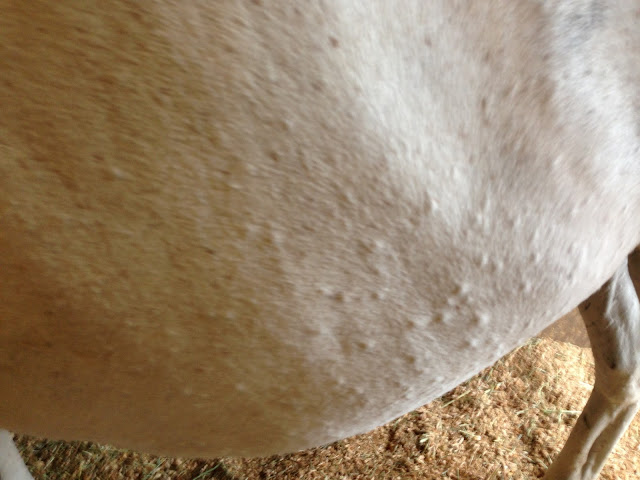 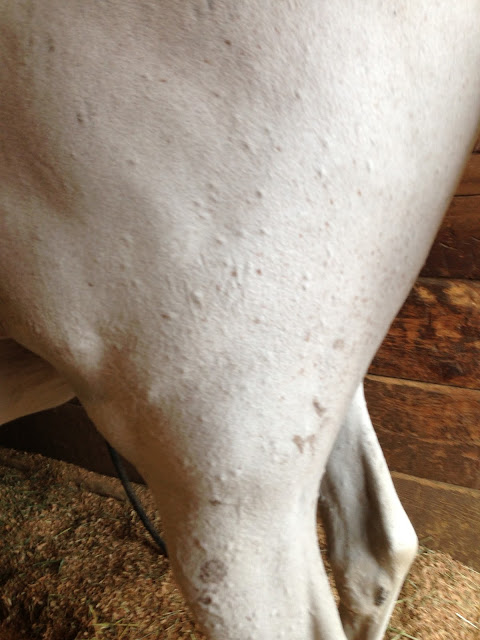 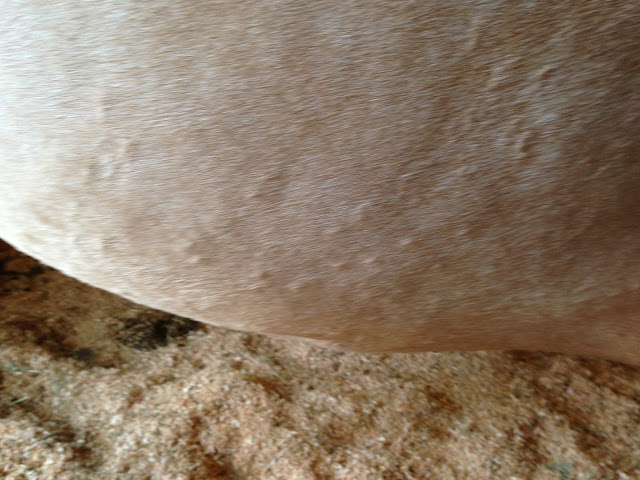 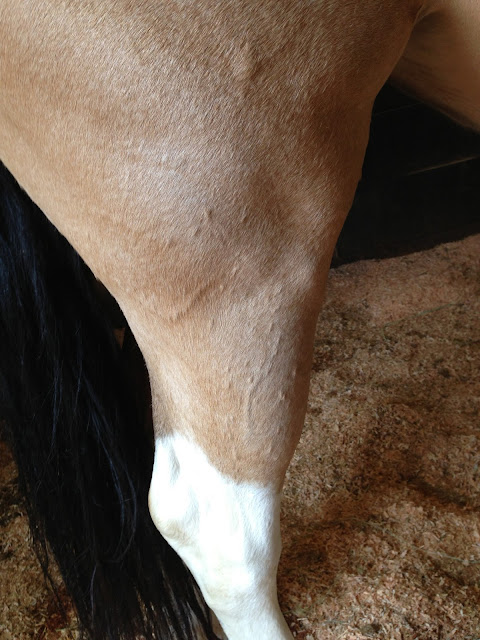 Dr Long was out again on Weds, for another horse, and gave both of them another shot of Dex.

N said tonight that they both look much better. I was supposed to go out and ride, but then all hell broke loose in the form of water from the sky.

There is so much water falling out of the sky in Colorado tonight that the thought of riding is less than appealing. Most of the Front Range has received 10"+ over the past 36 hours. There isn't a body of water here that isn't over it's banks. Tomorrow, though, I should be able to get out.
Posted by Cricket at 8:03 PM