You might not have heard of a super hero film by the name of Captain Marvel, film number 21 in the Marvel Comic Universe, and if you haven’t you need to educate yourself on it right away. It is the best origin story in the 22 film arc and I love Brie Larson in the role. I saw it five times in the theater, and have watched it numerous times since it came out on video. It will be the go-to movie for me when I am feeling a little bit down or in need of a reminder.
My truck is named Marvel and has Captain Marvel’s symbol on her in two different places. To say I am a little obsessed might be an understatement. So, of course, a Captain Marvel tattoo seemed in order: 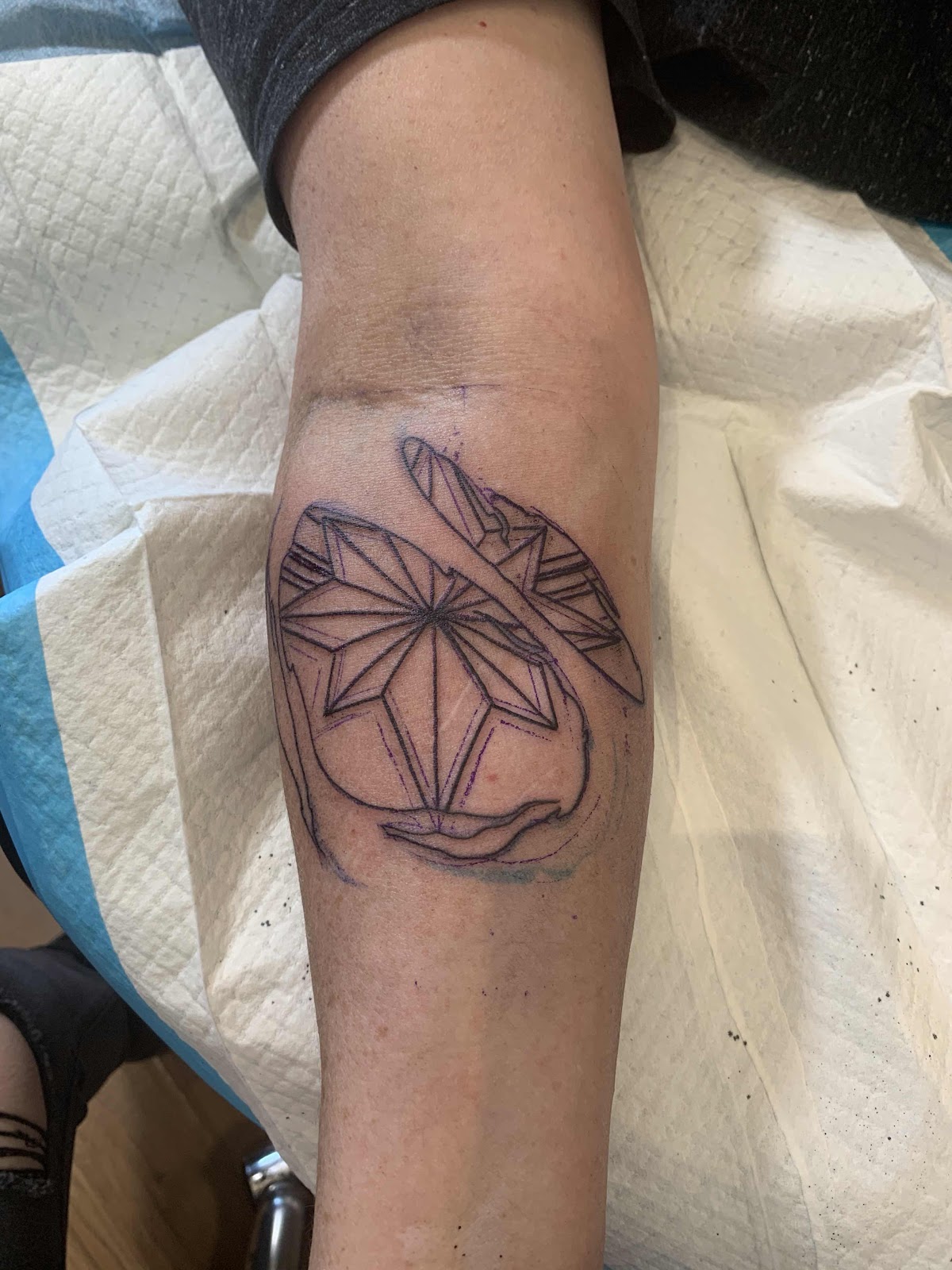 Line work done.
Let no one tell you that the inside of the elbow is a comfortable place to tattoo. 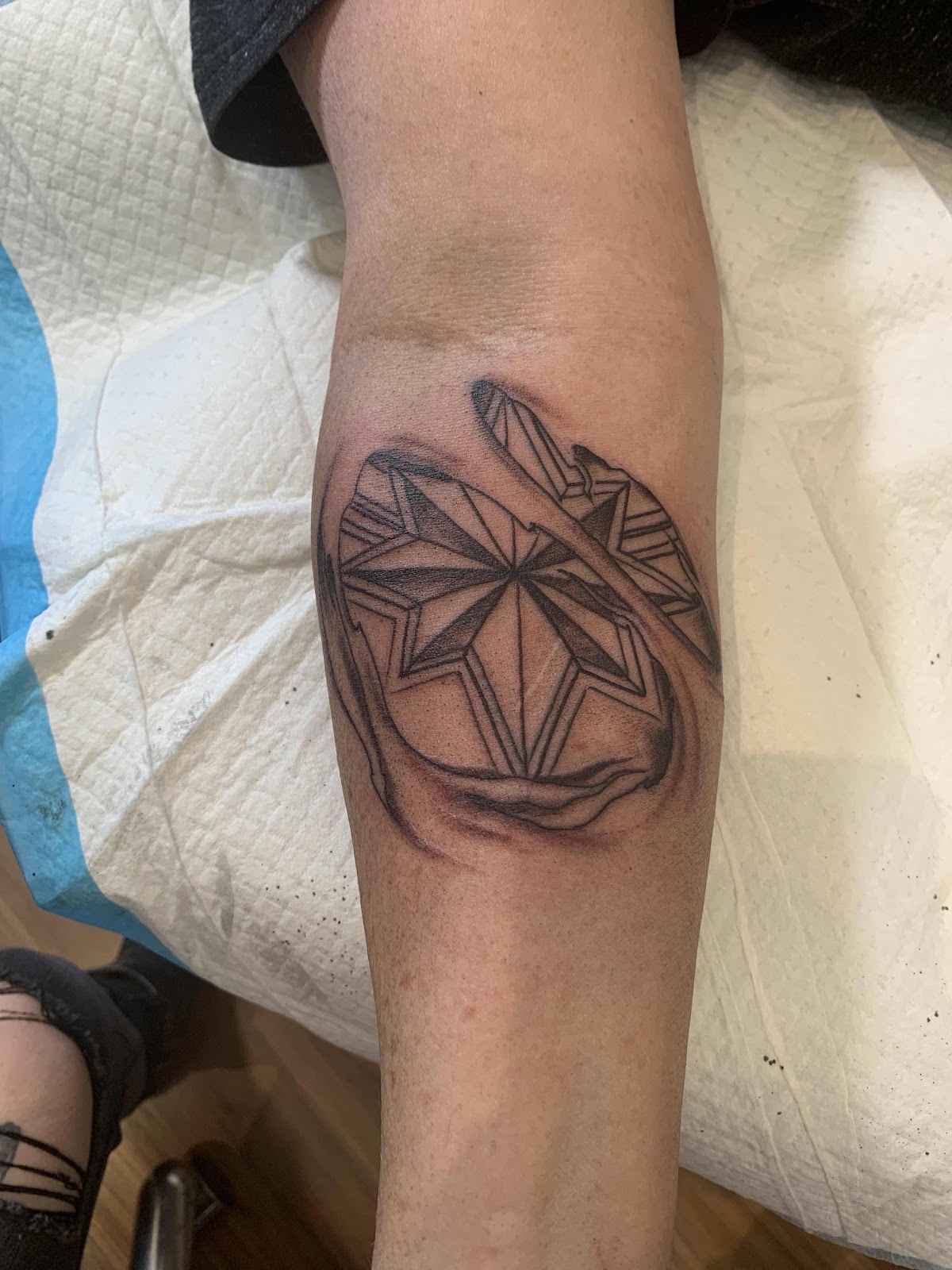 Shading in place prior to color. 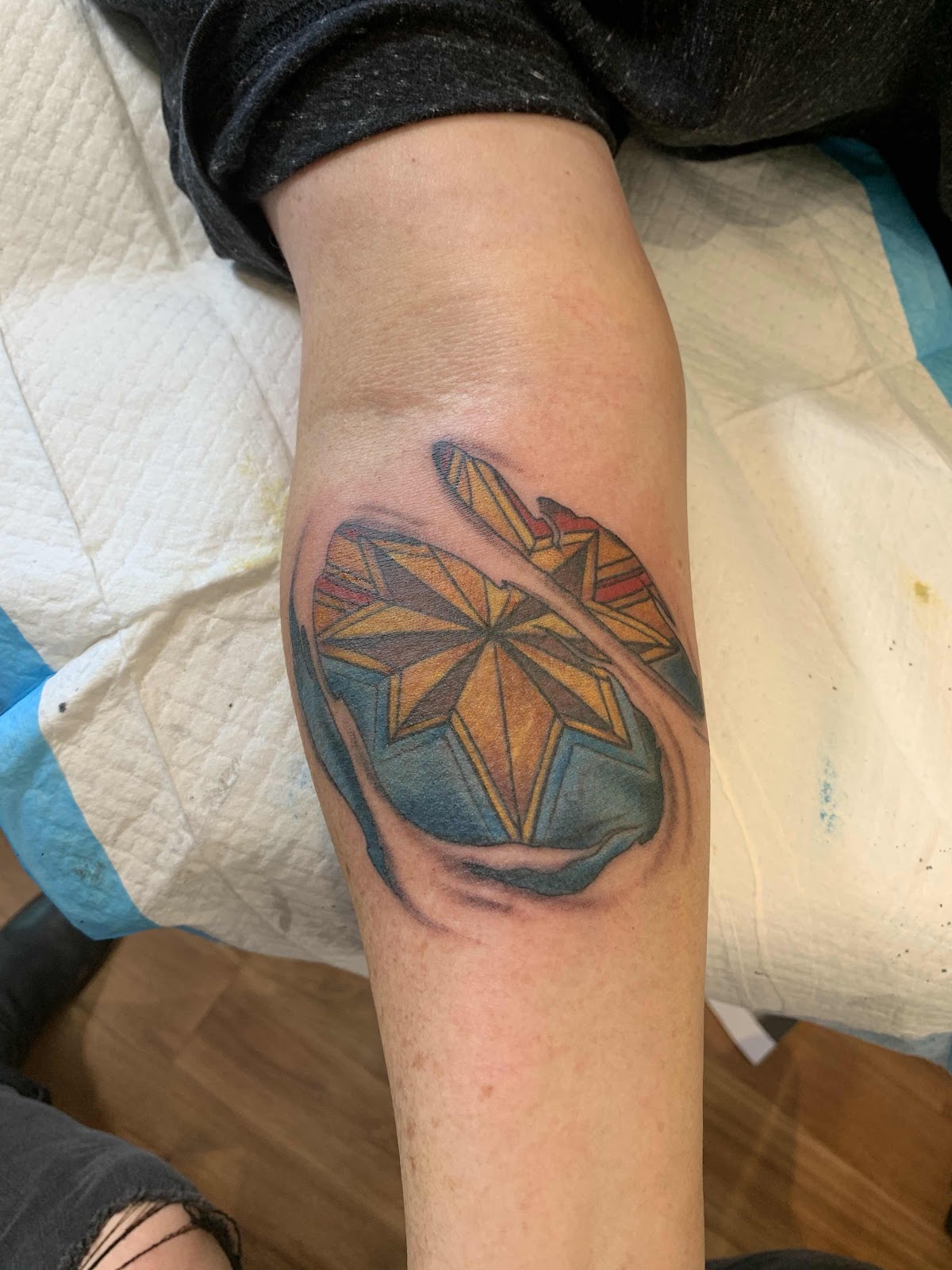 Pausing at the end to contemplate the outcome and any final touches.
This was the point at which I developed a severe case of Turrets.
Several M’fers were uttered. 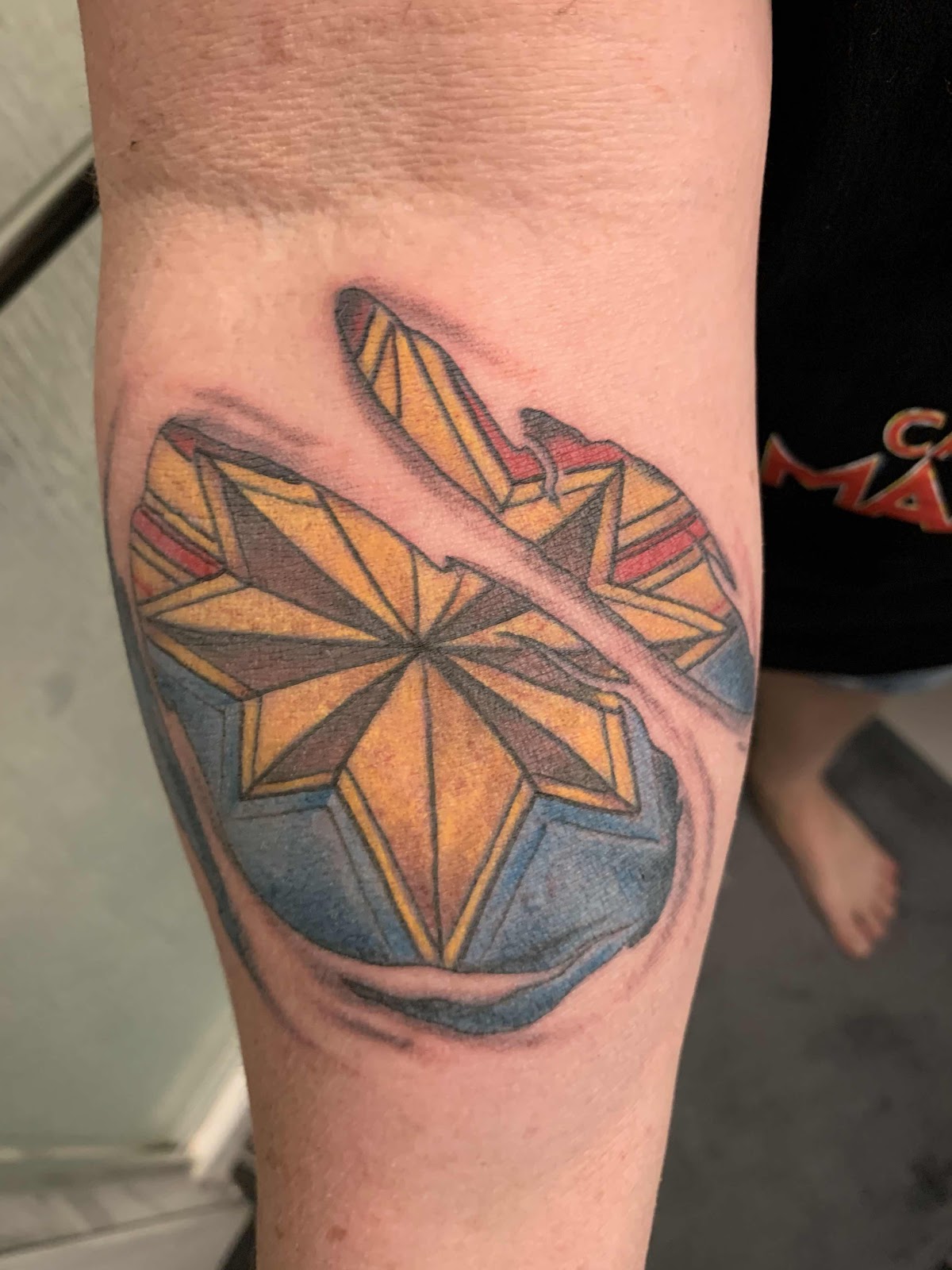 Finished tattoo.
Captain Marvel materializing out of me.