I have two dogs that I adore. They are Boxer-Malinois mixes and they fill our lives with joy. Several years ago, I asked Saiph to draw me a tattoo of the two of them, so I could get them tattooed on my shoulder opposite of Ashke (which she also drew). Yesterday, I got them put on my body. 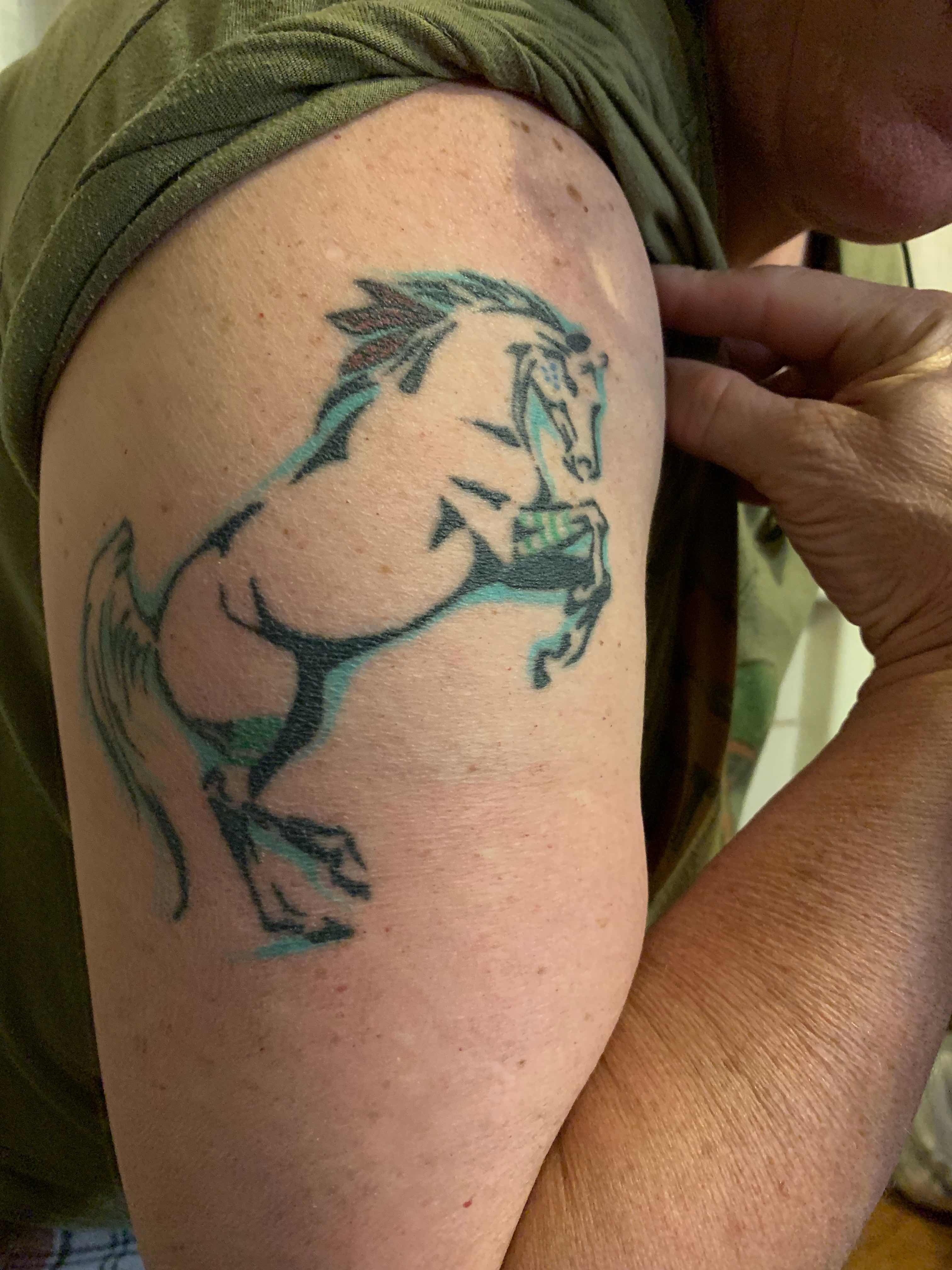 Saiph’s art work from a couple of years ago. 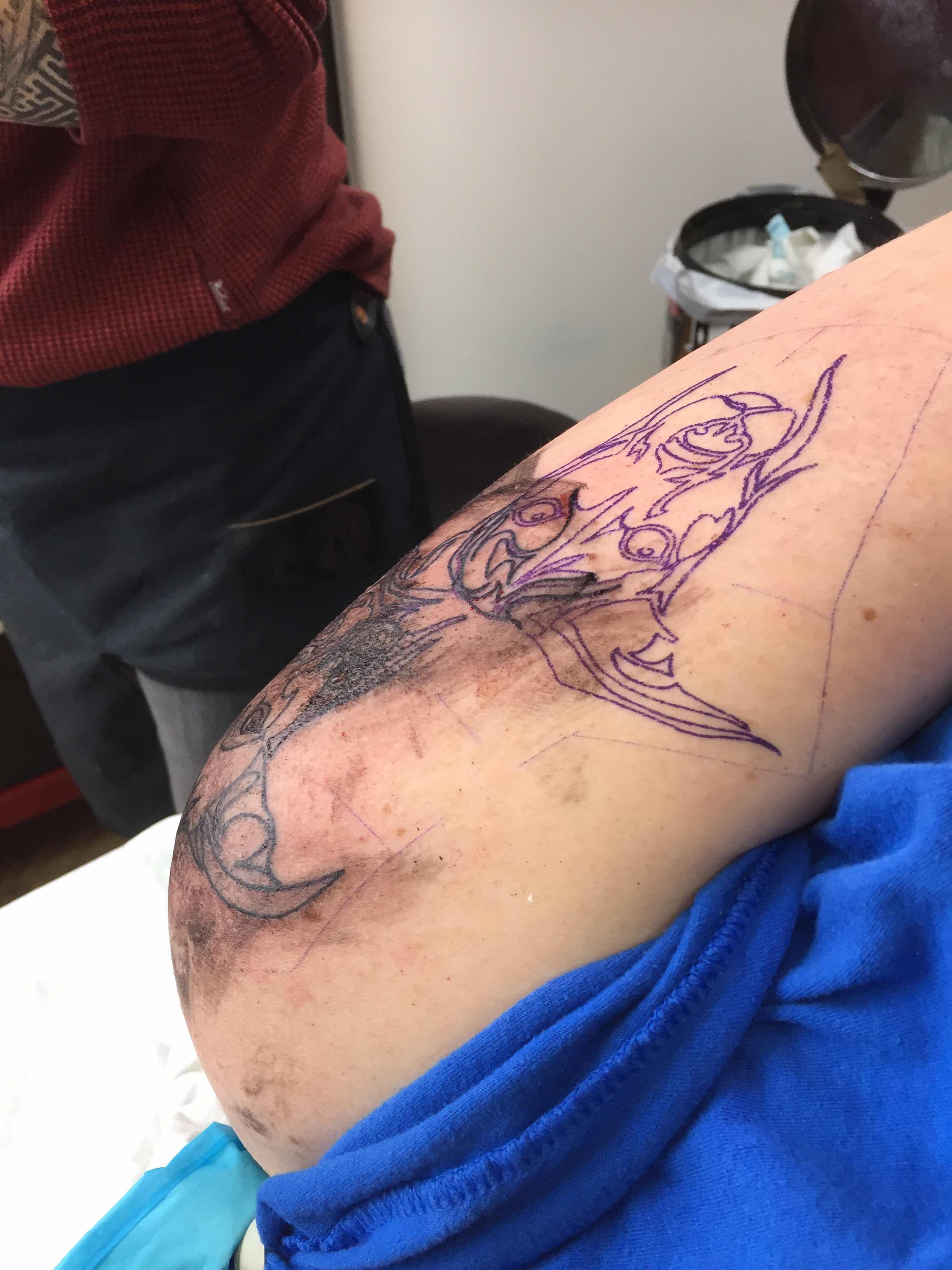 Mom went with me and confirmed the placement of the art on my arm.
Lily was on top with Skittle set a little off to one side on the bottom.
Saiph actually drew it as two separate pieces and then I put them together to form the final shape. 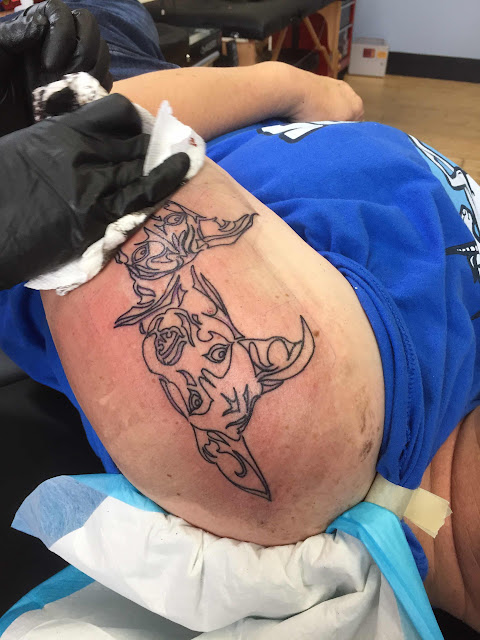 This is my fifth tattoo and it hurt. It hurt more than the one I had done of Ashke.
The top of Lily’s ear was exceedingly painful. 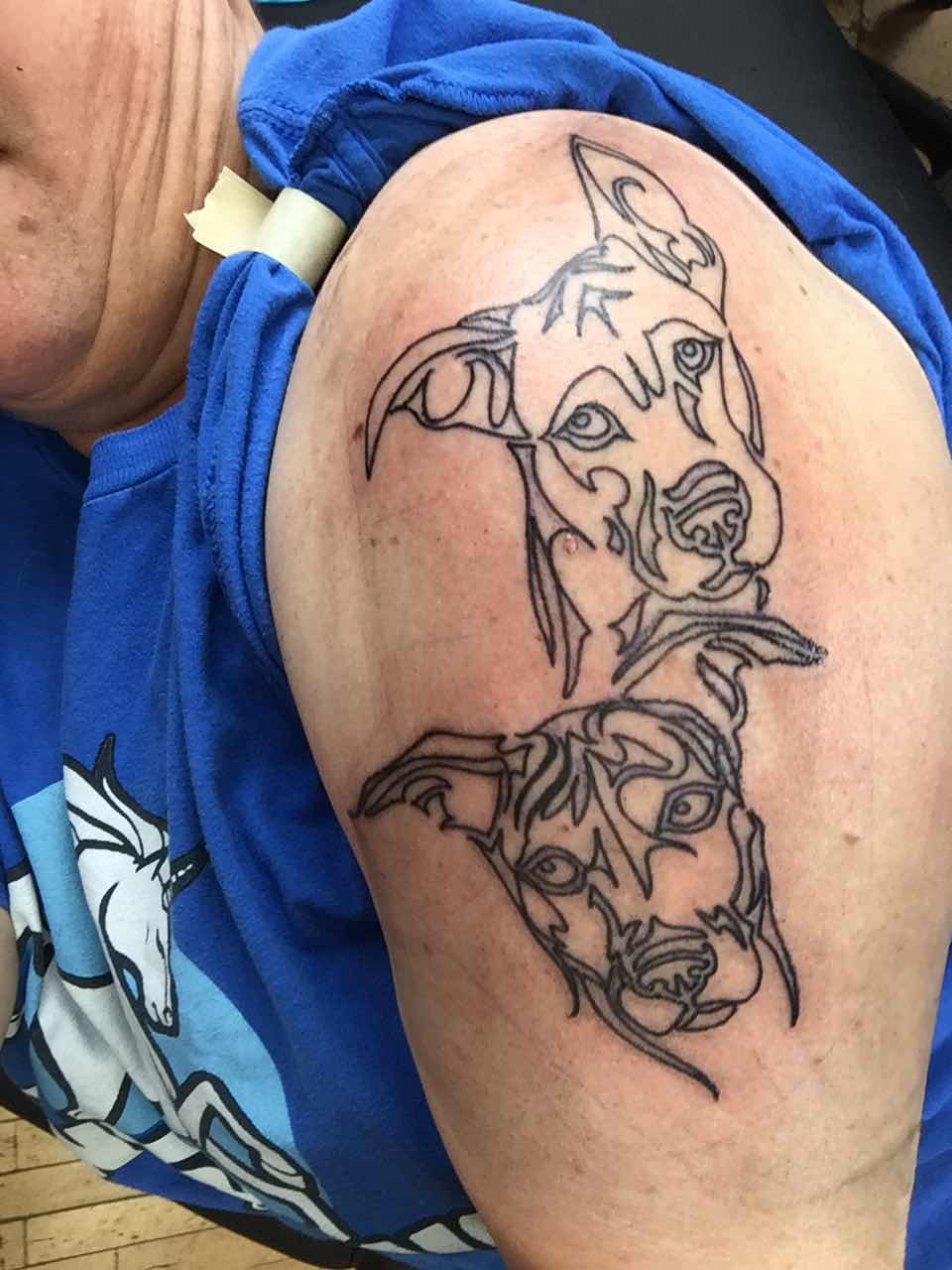 I used the same artist that did Tristan’s half sleeve.
She took Saiph’s drawing and traced it into a frame work for the tattoo.
This is the art on my arm after the lines were finished. 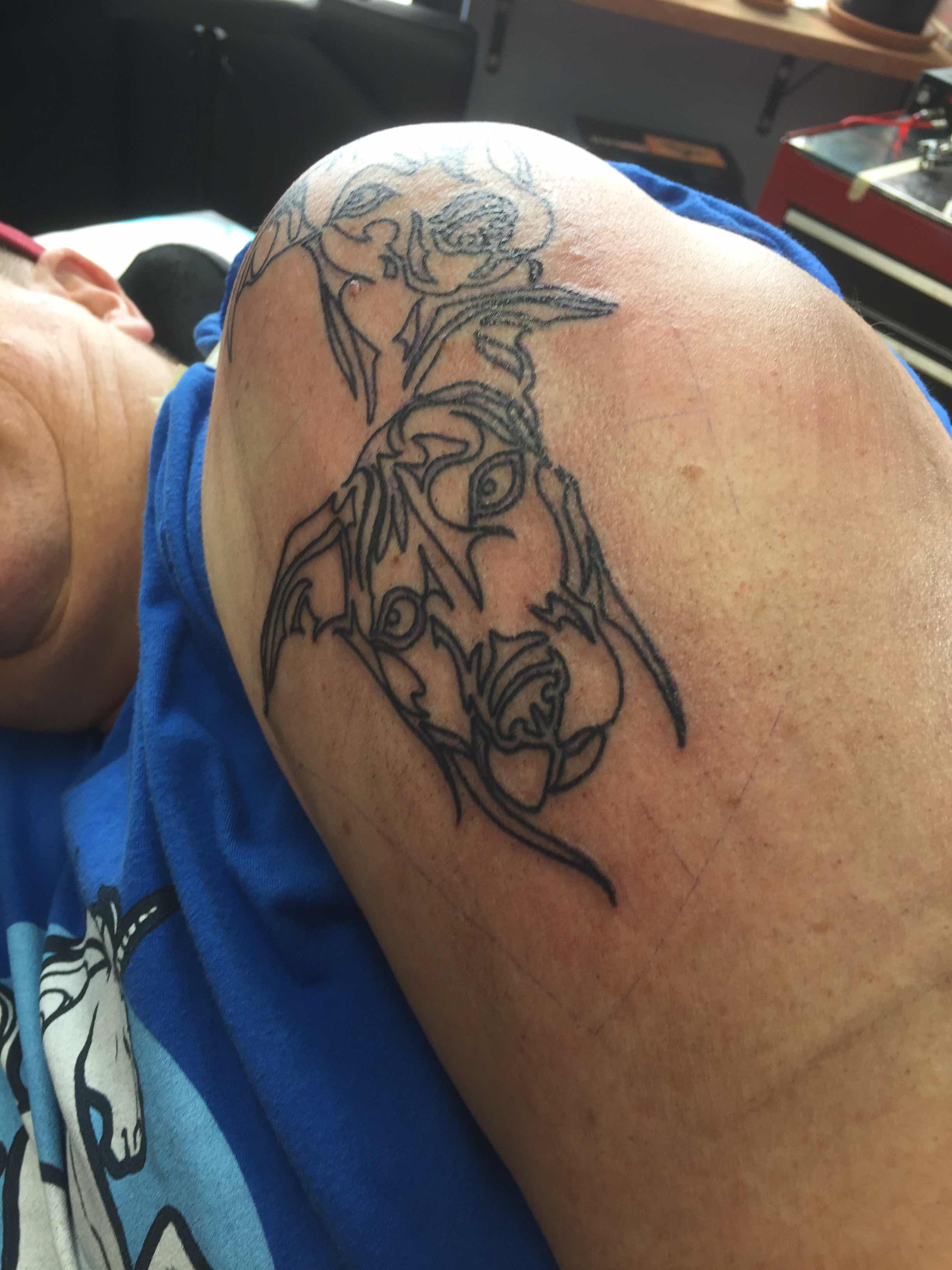 On the table waiting for the fill work to get started. 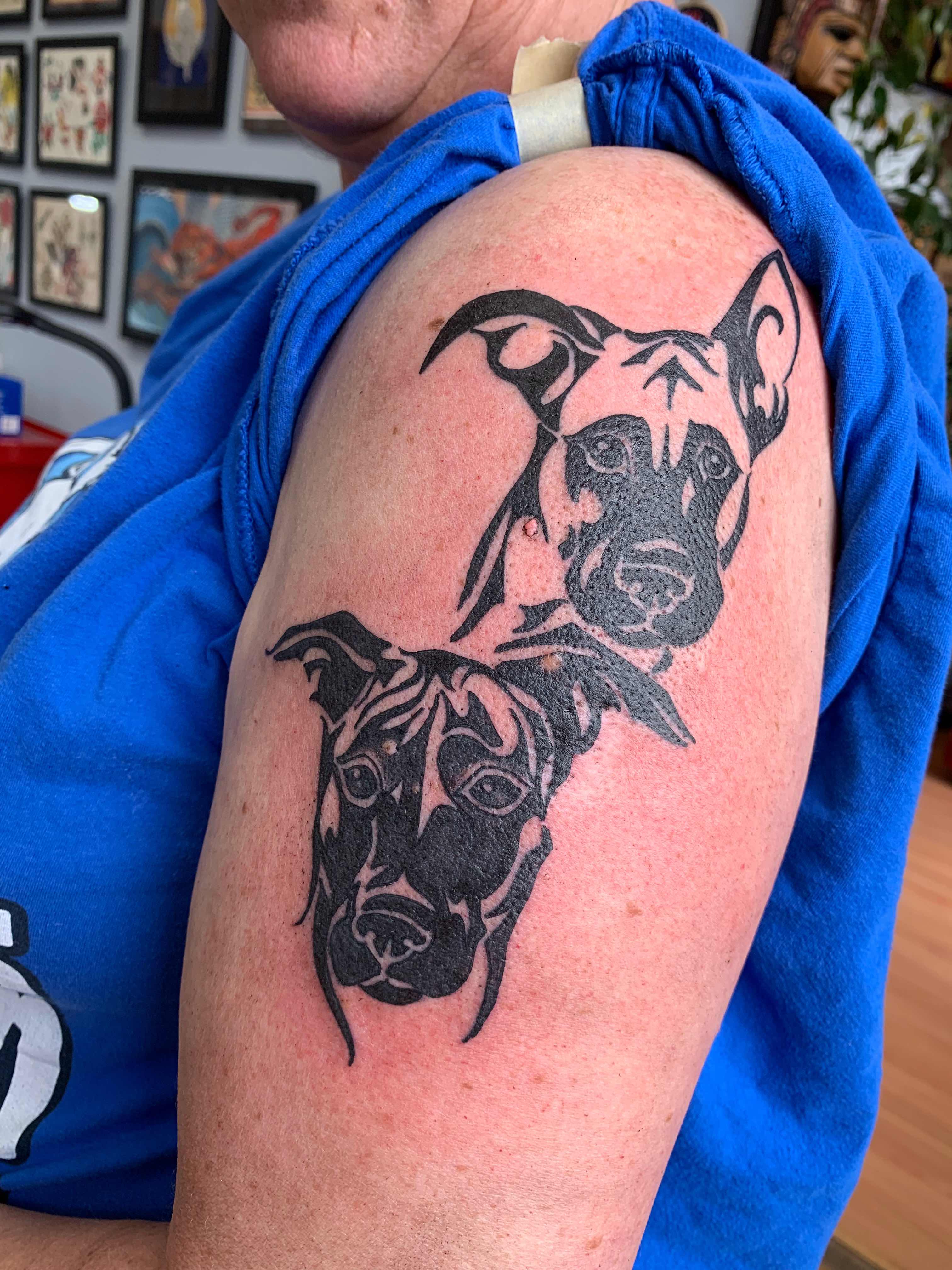 I had also sent her actual pictures of the dogs in the sunshine so she would have a really good idea of what they looked like.
Last thing I wanted was to have the dogs not look like themselves or Saiph’s drawing.
The artist also had to work around my smallpox vaccine scar and a mole. She positioned the stencil so that the amount of the tattoo effected by those two skin imperfections was minimal.

Saiph’s response when I sent her the pic was “OMG IT’S JUST LIKE MY DRAWINGS”
Posted by Cricket at 8:23 AM