I was noting Ashke's conformation last night. He is probably shading close to a six on the BCS, with no ribs showing, but easily felt with the fingers. His wither on the left (which has always been underdeveloped in comparison to the one on the right) has filled in, which was obvious when I was riding him since the saddle is level side to side. Additionally, along his spine are wide bands of muscle running from the withers to the loins. I am thinking of mapping his back as comparison, especially at the withers. The combination of the Alta Escuela and all of our trail miles is shaping the muscle and his form. 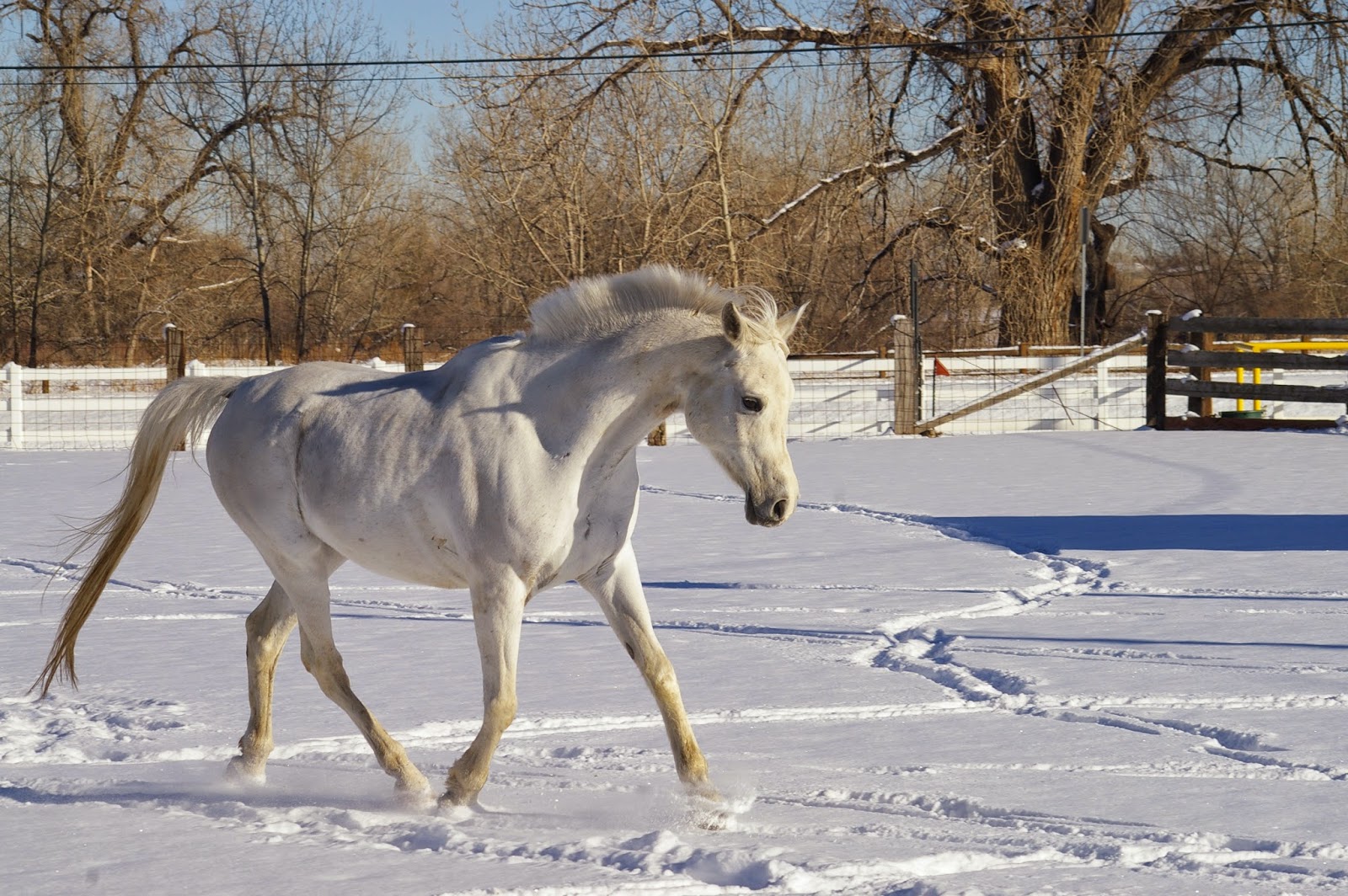 The question then becomes how does all of this new muscle translate under saddle when asked to perform in the arena? 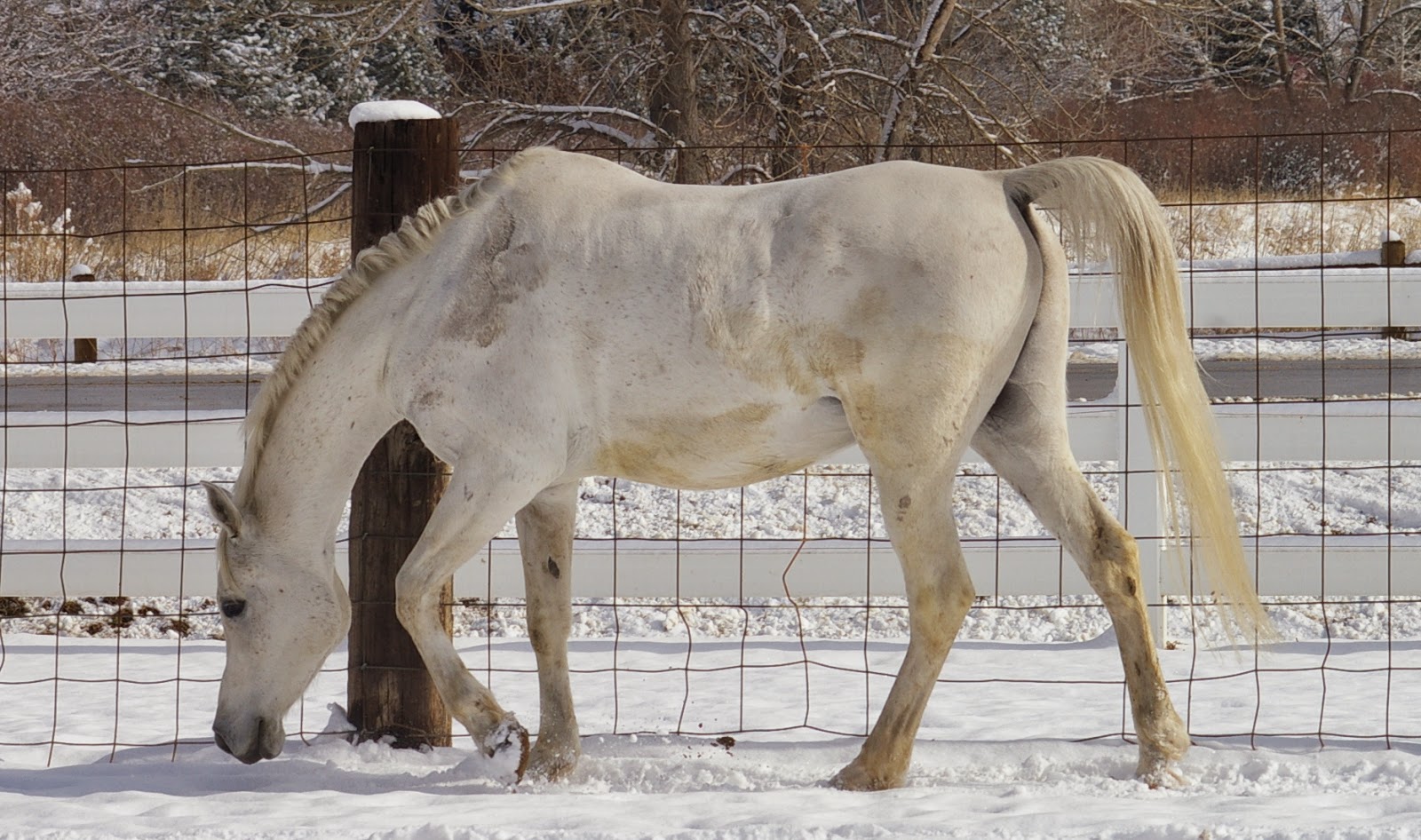 Last night I planned on doing some of the elements from the dressage test portion of the Working Equitation Level 2 test, prompted by an exchange on the WE page on Facebook yesterday. See, I have a very bad taste in my mouth left over from my dressage experience of a year ago, combined with riding my horse in a non-accepted non-dressagey bit. However, the comments on FB were correct. The principles behind dressage are necessary for both the dressage test and the Ease of Handling phase of WE. If I want to be competitive, we need to be able to be successful at those elements, in the bit we are riding in right now, which Ashke loves.

We started out the way we always do with a free walk in both directions. Then I asked for contact and flexion at the poll at the walk. Ashke gave it to me immediately, except when moving right in the corner of death. After walking with contact for a couple of turns, I thought "trot" and he lifted up into the sweetest trot without flinging his head and maintaining the contact I had. We tried that a couple more times. It was a bit tougher to the right, but overall, much improved from the last time we deliberately tried. 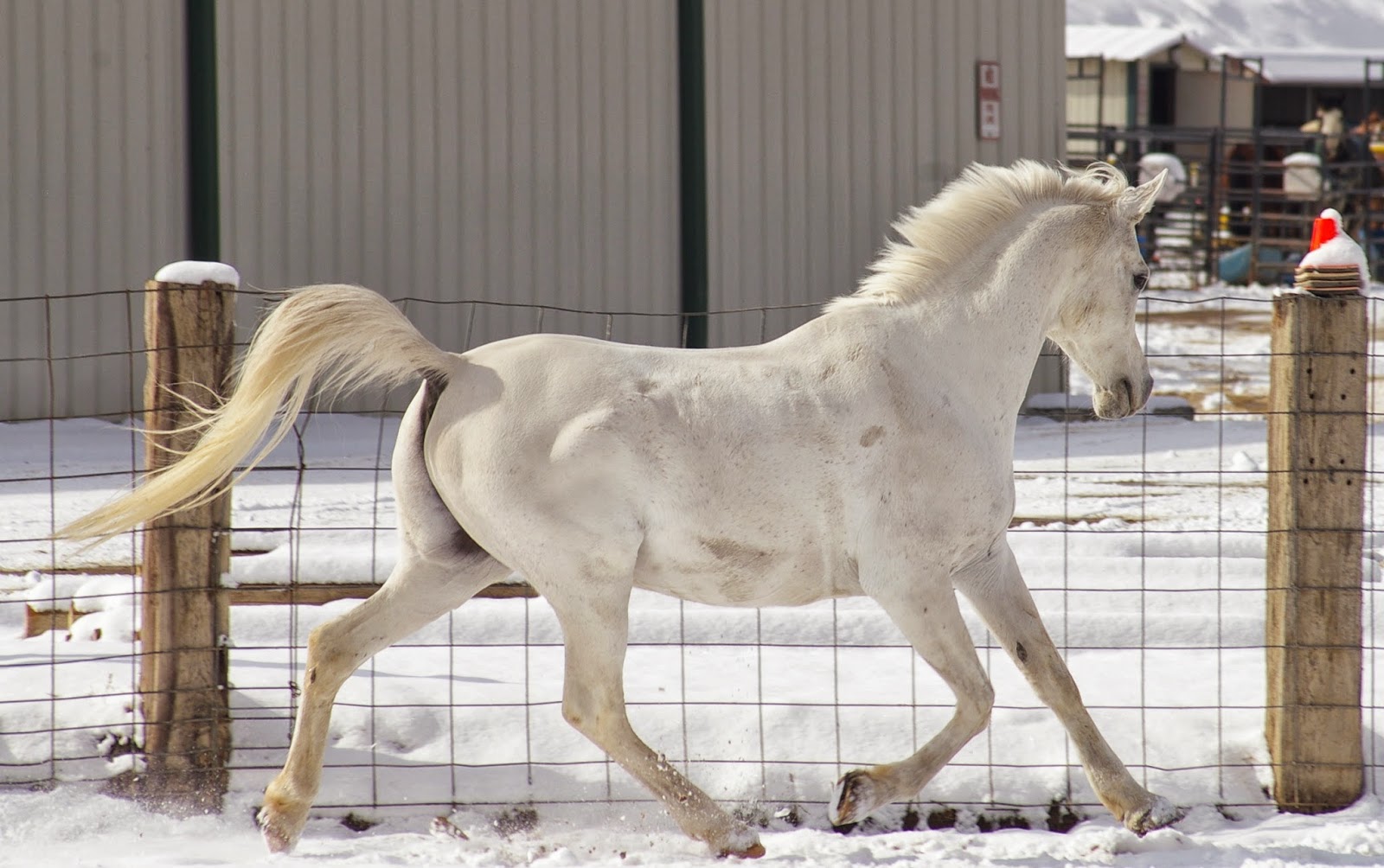 Then we moved on to the canter. For over a year, we have worked on being more forward and less flexed at the poll when traveling at the canter. For one, a lot of our canter work has been on trail and I want him to be able to use his head and neck to balance when needed (especially when cutting through the trees). Having his head behind vertical makes it more difficult for him to judge distances and make decisions about where to put his feet, so although I do ask him not to giraffe, I let him chose how to carry us. Second, when we were cantering last winter, head low and maybe a touch behind vertical, he was very heavy on the forehand and did not feel balanced at all. Last night, when I asked him to flex at the poll and maintain contact with me, he felt much more balanced at the canter than before. Additionally, he was able to lift into the canter with one step, in both directions.

This is huge progress for us. I actually feel like we might be able to be successful in riding a dressage test. 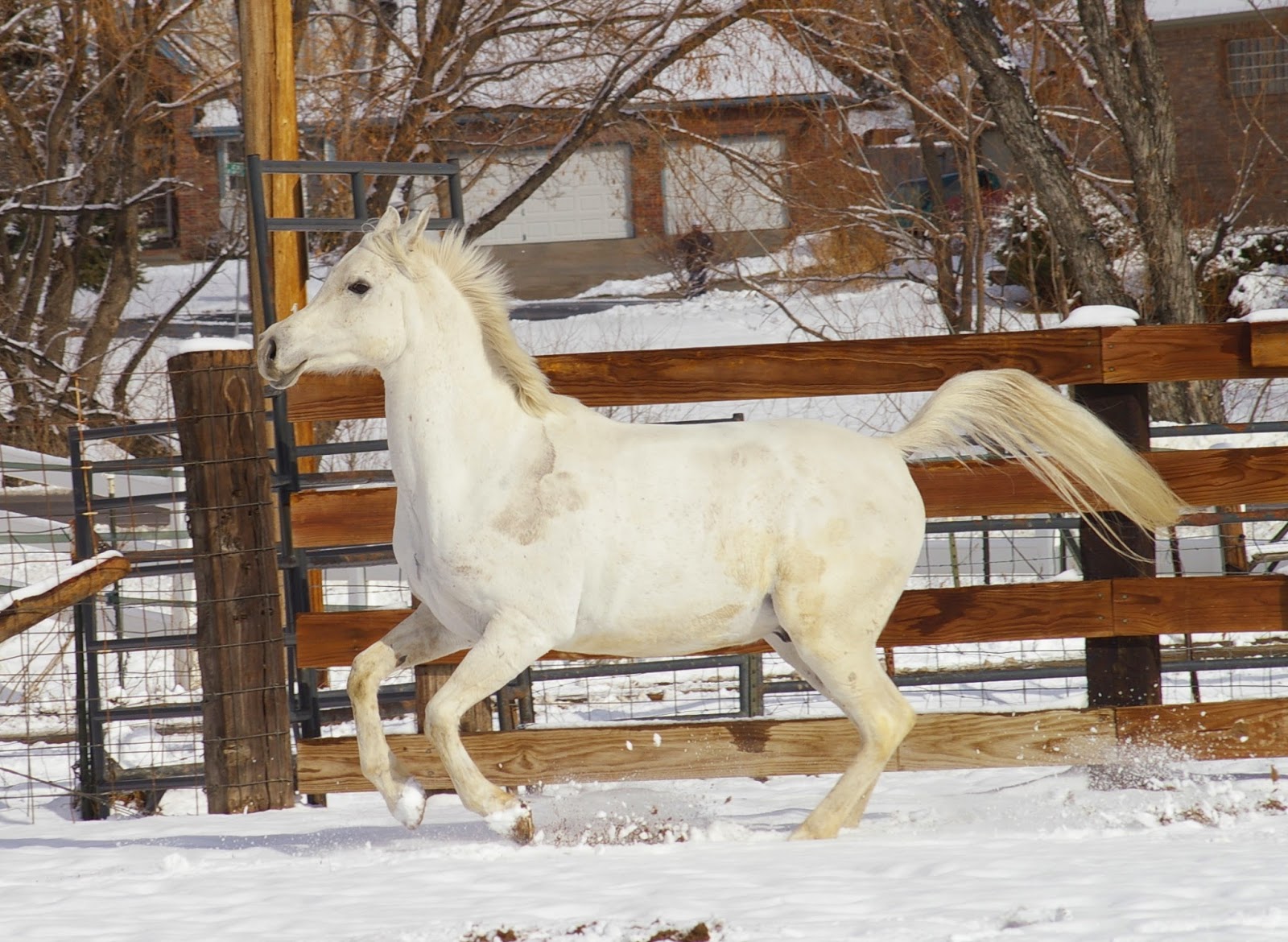 The things Ashke is getting correct:
Things we still need to work on:
I have asked J to come out and video us one of these weekends (since the weather is definitely going to curtail our riding out) so I can show you how we look. Maybe ride the dressage test for level 2, which we have never attempted in the curb bit.

Tomorrow we build the bull and I get my garoucha pole made. I'm looking forward to doing some of the Doma Vaquera exercises with the pole just to get Ashke completely desensitized and because I think it's cool.

And, as a final not, I think pulling the barley fodder was the correct choice. Ashke was completely sound on all four, and his hooves seem to be growing in without ridges.
Posted by Cricket at 10:10 AM