I've been sitting on this post for a while, trying to decide if I wanted to write it. It chronicles a series of emotional events that came to a head the night after my last post and really showcases Ashke as healer.

The night my ex asked me for a divorce, two things happened. She cited Ashke as the reason she didn't want to be married, saying he was too much and she was tired of him. The second thing that happened was a wall came down inside me that locked any feelings away: I was focused on doing whatever needed to be done to get myself, Tristan and his girl into our own place in one safe piece. Amanda called it momma-mode. Everything else became unimportant. Uncle Daniel, my dead Indian friend/guide, whispered to me "Be like water".

That became my mantra: be like water. I interpreted those words to mean don't argue, don't sweat the small stuff, handle anything my ex did with grace and don't show any emotion in the face of betrayal. It was not easy dealing with what became blatant attempts to illicit an emotional reaction from me but I weathered the storm and tried to protect T as much as possible from the emotional repercussions of bad choices made by his other parent. During that process, which locked me down emotionally to the point where I shut off almost completely, I only cried one time and that was in reaction to my ex taking Stazi from the home during the middle of the day when I was at work without warning. T was told he had ten minutes to say goodbye. It was mean and petty and designed to maximize the hurt it caused me and by extension T and B. 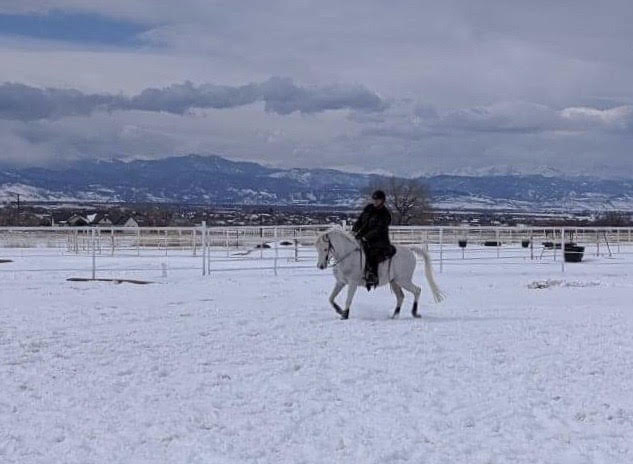 By the end of October, all of the proceedings and stress were navigated: we were settled into our new (wonderful) home, with the beginnings of our new routines established. This house has things I will need to address in the future, but I love being here. Tristan loves being here. The dogs have settled and although they still bark at all five neighbors who have dogs, overall they are so much better here than they were at the condo. The yard is awesome. We've added fur babies to our new family. Life should have been good.

I was still struggling with Ashke. I know that the reason that was given for the divorce was bullshit. It had nothing to do with Ashke but she picked that reason thinking I wouldn't argue with her about it. (I wouldn't have argued either way - I was well aware of her affair with the woman she is currently buying a house with.) The issue wasn't what excuse she used, the issue was my emotional reaction to the reason. I haven't wanted to ride, or spend time with my horse, which has progressively gotten worse over the ensuing months. I've felt awful about it, felt awful about blaming him, felt awful about not wanting to go ride. Just everything. 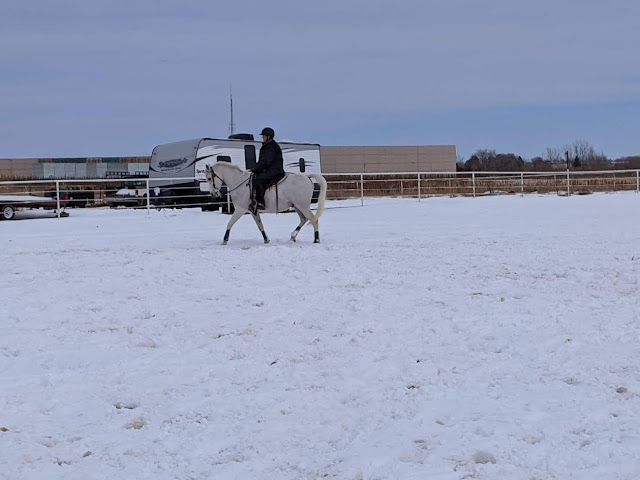 Working through the trot in fairly challenging footing which caused him to have to use his butt.

So in my last post I commented that there were issues brewing between him and I that would eventually surface. They did the next night in the indoor arena with just the two of us.

His behavior over that two week period of time had been escalating: he was spooky, resistant, uncooperative and down right annoying. He was pushing every button I had and I just got more and more frustrated by my time spent with him as well as my time spent away from him. I was struggling to justify keeping him, and playing with the idea of putting him up for sale. I hadn't gotten so far as to write the sales ad, it had crossed my mind. Monday night it all came to a head. He just kept pushing and pushing. 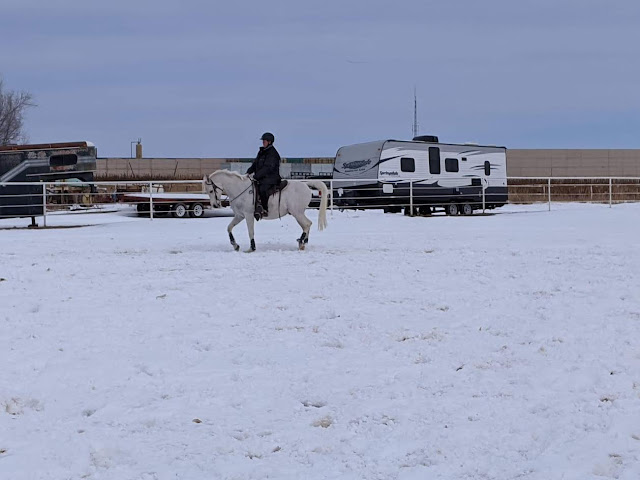 Trotting half pass to the left

It was a hard spook from an object that has been in that arena since we moved to the barn that caused me to snap. He got smacked on the neck and a full on fight ensued in which he bounced and spooked and reacted while I screamed in frustration and rage and pain and loss. It ended up in the middle of the arena, where I screamed at him that it was his fault I was divorced and my life turned upside down and that we didn't like each other any more, and that I was going to sell him. He stood quivering beneath me with the oddest sense of waiting . . . like the other shoe was going to drop at any moment.

We moved forward at the walk and I burst into tears. Not soft, gentle streams of tears sliding down my face, this was full on body wracking, loud sobbing of the kind that happens after you lose something you love. I was shaking so hard I had to hold onto the horn as tears swelled my eyes shut and snot ran down my face. Ashke just walked. In a big circle around the edges of the arena (no longer spooking at anything) while waiting for the storm to subside. It was a moment of grace and forgiveness and love that I didn't deserve. At the end, I was empty but cleaned out of everything I had shoved down inside me; all of the pain and betrayal and loss (loss even if the end result was better and we are all happier for it), all of the moments of deliberate cruelty on her part that I had refused to react to. Everything was swept away.

The connection between Ashke and I reestablished. Finally. Last Tuesday, walking out of the arena after our lesson, he reached out and touched the back of my neck with his muzzle. He was missing me as much as I was missing him. 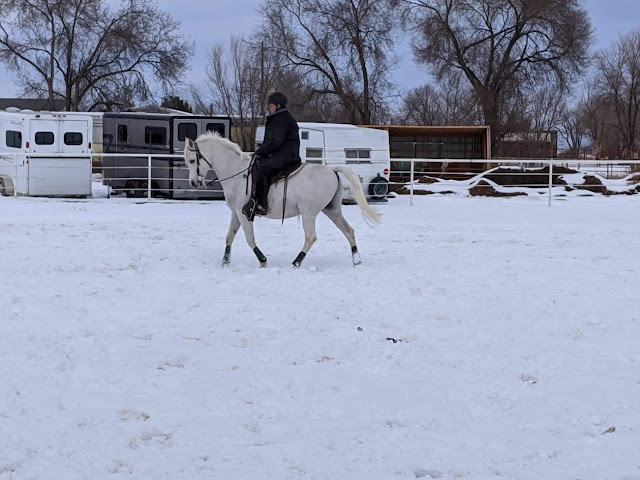 His heart is so big.